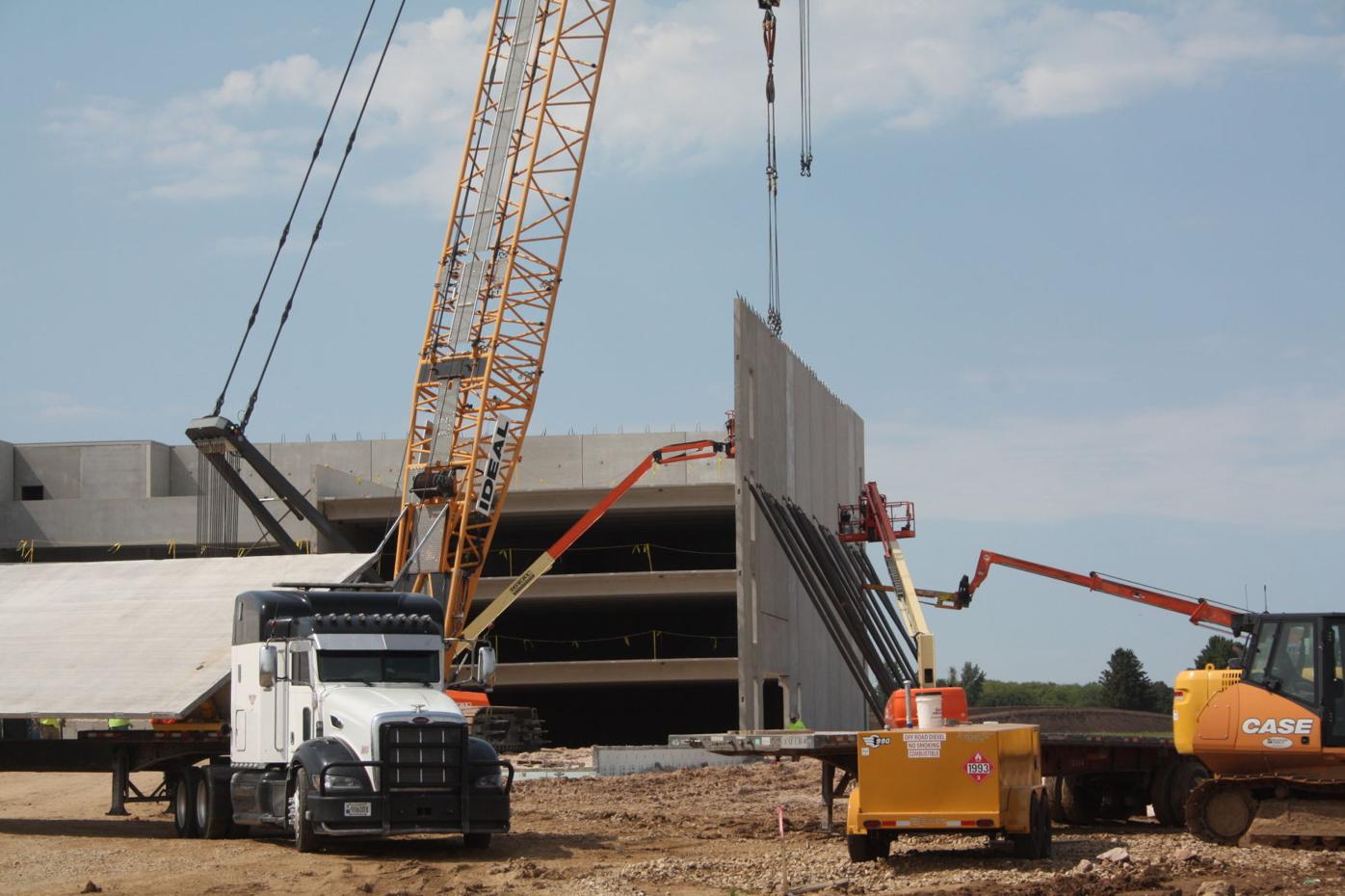 The shape of the Conservancy Place apartments starts to come together as a western wall goes up during construction on Aug. 12, 2021.

The shape of the Conservancy Place apartments starts to come together as a western wall goes up during construction on Aug. 12, 2021.

The Wisconsin Department of Revenue has released its Equalized Value Report, confirming the ongoing trends of rising values, especially in DeForest and Windsor.

The report, released on Aug. 13, which includes a breakdown of total real estate values throughout the state, showed statewide growth of $41.6 billion, around 8%, with $31 billion coming from increasing market value and $10 billion from new construction.

Locally, the Village of Windsor showed, as of the first of January, year-over-year real estate growth of 7.8%, while DeForest saw a 9.2% increase. The highest growth counties were Menomonee and Rock County, which had about 11% growth.

The release was not news for municipal administrators, who received preliminary reports on Aug. 1, in part so they could offer any corrections that wouldn’t be known at the state level. According to Village of DeForest Administrator and Director of Finance Steve Fahlgren, the report lines up with what is known locally, but brings in more details from the state level.

“All we have to work with is building permits and new growth, and what our assessor shows us that is close to equalized, but then you have the DOR that does the manufacturing, so you have a lot of jumbled-up pieces,” said Fahlgren. “So it’s always nice to see the state’s version of this.”

The vast majority of that value is in residential property, statewide, 71%. In DeForest 64% of property value came from homes, while in Windsor that it is estimated about 87%.

Looking at growth in residential value, DeForest and surrounding communities far exceed the state average. Whereas Wisconsin shows 34.8% residential value growth over the past 10 years, DeForest has increased 85.5%, while Waunakee has gone up 69.7% and the City of Sun Prairie has risen 63.8%. Although Windsor’s data only goes back to 2016, in that time residential value has still gone up 57%.

According to Fahlgren that high proportion of residential value is to be expected for a municipality. At meetings regarding the village’s comprehensive plan, residents have brought questions and concerns about the rate and direction of development. Data has shown, according to Fahlgren, that DeForest has maintained strong “balanced growth,” compared to other similarly suburban communities.

“If we didn’t have opportunities in our TIDs (Tax Increment Districts) and were just growing residentially, I would be nervous about that,” said Fahlgren. “Bottom-line growth and increases in value is good, but if it’s not balanced, it’s not great.”

Part of balancing growth in the community is recognizing that residential properties require more services per plot, by there simply being more people with more needs. Conversely, commercial properties generally do not have a direct need for parks or community programming, but that commercial tax base helps fund those services.

If a developer builds a park with all the available features, amenities, trails and the like, it improves marketability of nearby property, but there will need to be upkeep and eventually replacement as residents have been used to having all those things available to them.

“That’s why we focused on balanced growth,” said Fahlgren. “If we get residential going, we want to get some of these TIDs going. And we’re fortunate that we’re located where we are at, that is a big part of why we are so successful.”

At the other end of the ledger, agricultural value has been in decline over the years, with DeForest’s agricultural real estate down 5.7% over the past 10 years, while the City of Sun Prairie has seen agriculturally-zone values down 44.5%. Windsor, on the other hand, has seen those values increase 11.2% since 2016.

One easy explanation for this is the number of retiring farmers who have been selling fields to be developed one way or another. As things have changed in DeForest, a pair of lots on South Street have remained unchanged, and so the plots are an island of agriculture surrounded by residential DeForest.

Like many financial reports and assessments, the Equalized Property Value report can provide a measure for success and goal setting for those in business and government, but figures are limited in immediate financial value as real estate.

Given the nature of the report as a financial snapshot, village administrators and staff can comfortably expect a continuing trend of growth as current construction projects come to completion in the next few months, now only counted as marginally developed land.