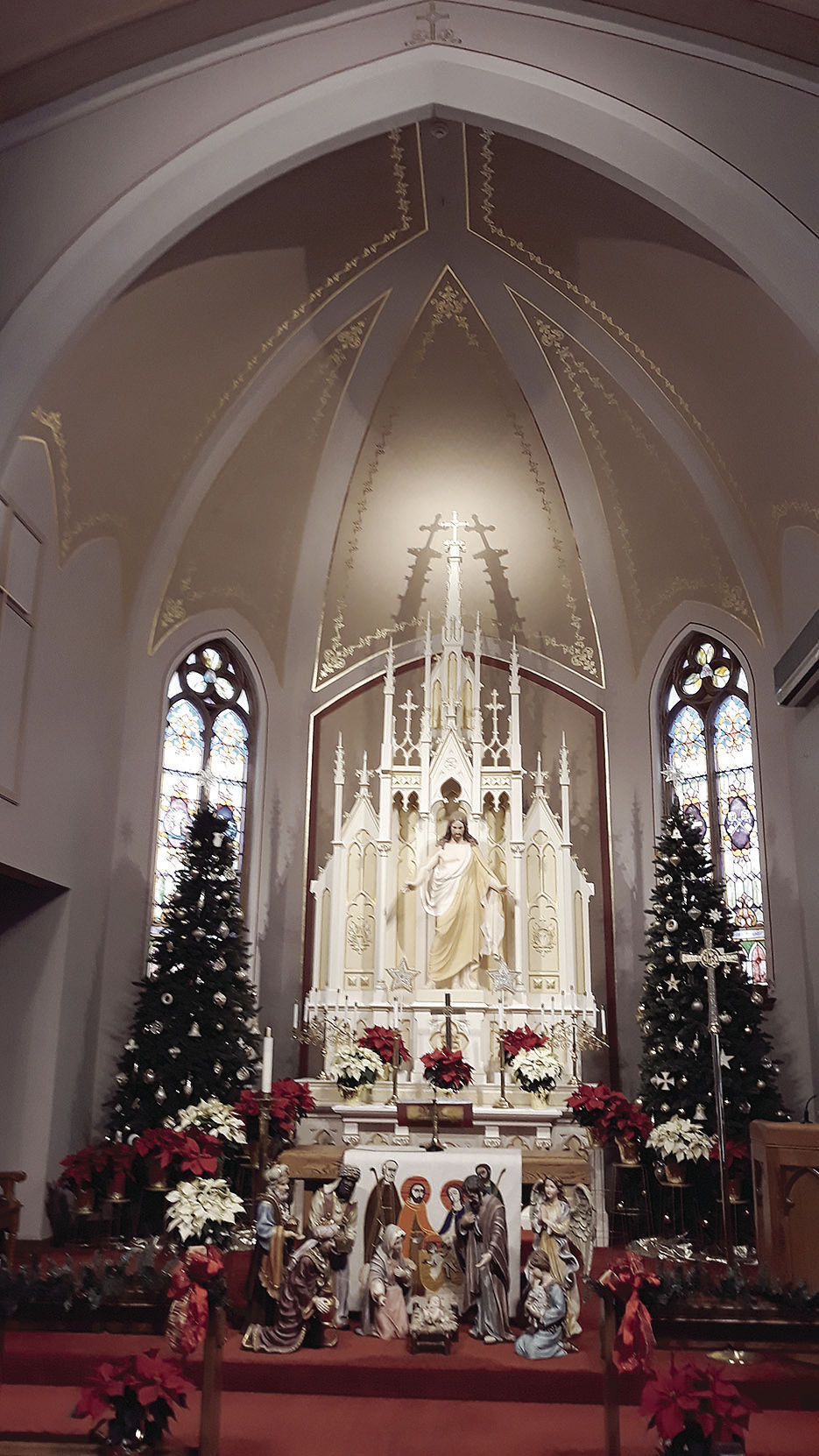 The sanctuary at Christ Lutheran Church in DeForest has been repainted for the first time in 40 years. Work began Oct. 5 and was finished Dec. 4. The first worship service with the newly renovated sanctuary took place Dec. 20. Conrad Schmitt Studios, of New Berlin, did the work. The same company painted the sanctuary the last time 40 years ago. 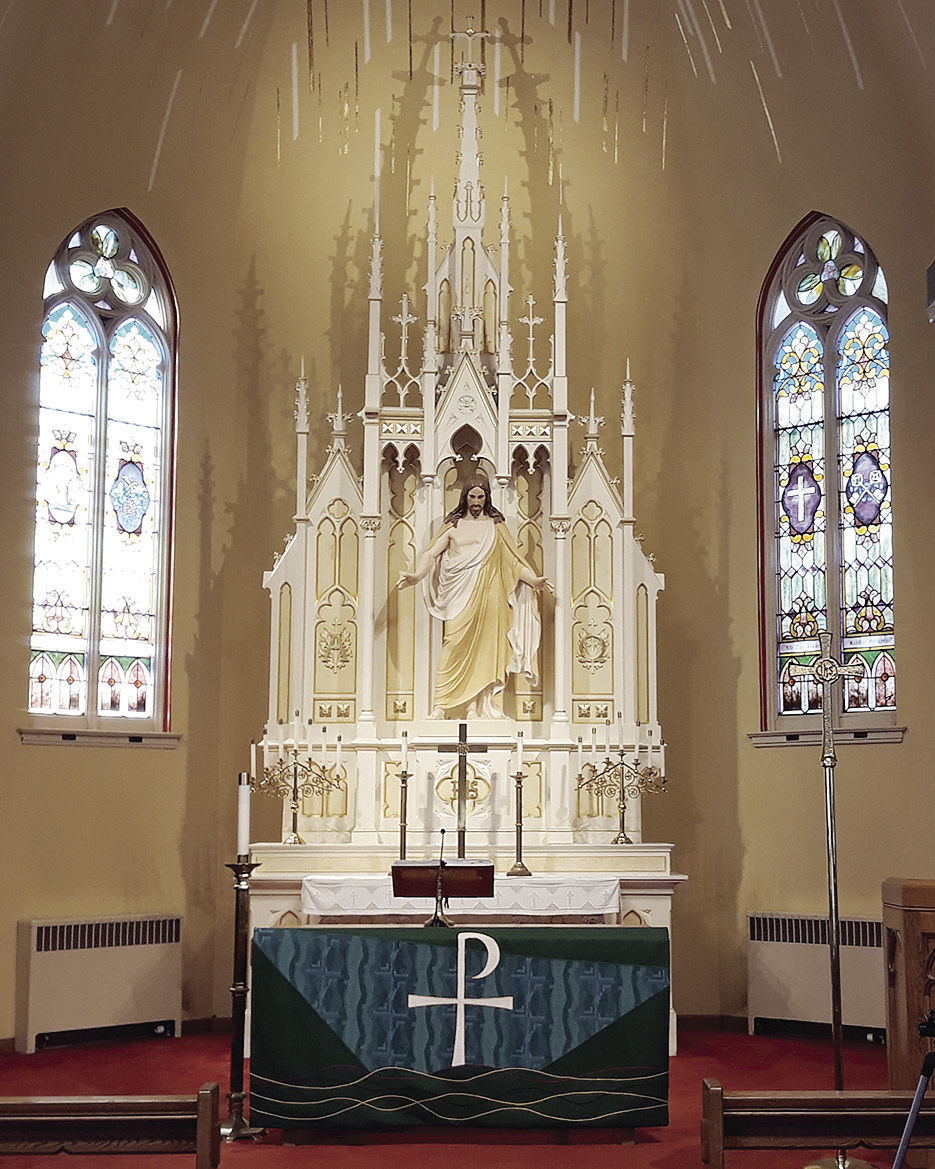 Here’s a photo of the sanctuary at Christ Lutheran Church in DeForest before it was recently repainted.

The sanctuary at Christ Lutheran Church in DeForest has been repainted for the first time in 40 years. Work began Oct. 5 and was finished Dec. 4. The first worship service with the newly renovated sanctuary took place Dec. 20. Conrad Schmitt Studios, of New Berlin, did the work. The same company painted the sanctuary the last time 40 years ago.

Here’s a photo of the sanctuary at Christ Lutheran Church in DeForest before it was recently repainted.

The sanctuary at Christ Lutheran Church in DeForest needed a facelift.

Though costly, improvements church officials had been talking about for the past 10 years were finished Dec. 4, and the results were worth it, according to Senior Pastor Sue Beadle.

Renovated for the first time in 40 years, it “really is a work of art,” said Beadle.

Parishioners got their first look at the restoration work during worship on Dec. 20.

Beadle joked that she didn’t know if she needed to write a sermon for the occasion, since everyone would just be staring at the work. She thinks there’s a greater sense of the presence of God in the space now.

“There’s a very spiritual feeling you get, even more so than before,” said Beadle. “I think that it’s a warmer color, and it has a deeper sense of peace.”

Beadle said she wouldn’t say the new look is contemporary. It’s more traditional, which she said reflects the congregation.

Interestingly, the church hired Conrad Schmitt Studios, of New Berlin, for the job. The company also painted Christ Lutheran’s sanctuary 40 years ago. They were the perfect choice.

“They listened to us,” said Beadle. “They respected what we wanted.”

Another company was in the running, according to Beadle. She said they didn’t listen. They wanted to tear up the carpeting and put in marble.

Beadle said that talk of going ahead with the project ramped up in the last five years. There was a congregational meeting the first week of February 2020 where church members looked at the possibility of going ahead with painting the sanctuary. Beadle said they knew they’d have the mortgage on the church paid off over the summer, but the COVID-19 pandemic threw a wrench into their plans.

So, the church waited to see how its finances were shaping up. By the summer, it seemed feasible, so Christ Lutheran went ahead with it, intending to get it into Conrad Schmitt’s schedule.

Work began Oct. 5, starting with the scaffolding. They knew they’d have to close off the sanctuary for eight to 10 weeks.

The project went smoothly, according to Beadle. Still, a lot of repair work had to be done, considering all the wear and tear the sanctuary had undergone in the last 40 years. The outside of the building had to be protected as well. Roof repairs were involved. The brick was tuckpointed, as well.

Beadle said there was a “contraption,” as she called it, up in the balcony – possibly a heat exchange unit – that wasn’t connected to anything. It was part of the old heating system. Removing it allowed everyone to fully view the huge stained glass window behind it. Beforehand, the top third of it was blocked.

Unfortunately, after it was taken out, workers noticed that part of the stained glass window was missing. So, the church had to pay for it to be replaced.

Beadle is really impressed with the detail Conrad Schmitt brought out, including around the windows and the high altar. Some of the balcony area had to be repaired. Beadle said it was fun climbing up and taking pictures and videos. She even recorded a couple of sermons from there.

Beadle said Conrad Schmitt did top-notch work on the project. She also explained that there are not many companies who specialize in that kind of painting. They also paid attention to what the church wanted and what it didn’t want.

One of Conrad Schmitt’s first designs was rather busy, said Beadle, and it took away from the high altar area. Conrad Schmitt adapted and went with another design that made church officials happier.

Some parishioners helped with removing items from the sanctuary, allowing Conrad Schmitt to work. Beadle credited Church Council President Mike Paulson and janitorial staff with getting them in and out efficiently.

Christ Lutheran has quite a history. The church was built in 1901, although it’s been in existence since 1847. There was a split in 1950, when Christ Lutheran moved into DeForest. It had been located where Norway Grove Lutheran Church is now out on River Road.

The structure was rolled on logs into DeForest to where it sits now on Main Street.

Beadle said the church loves its sanctuary and its building.