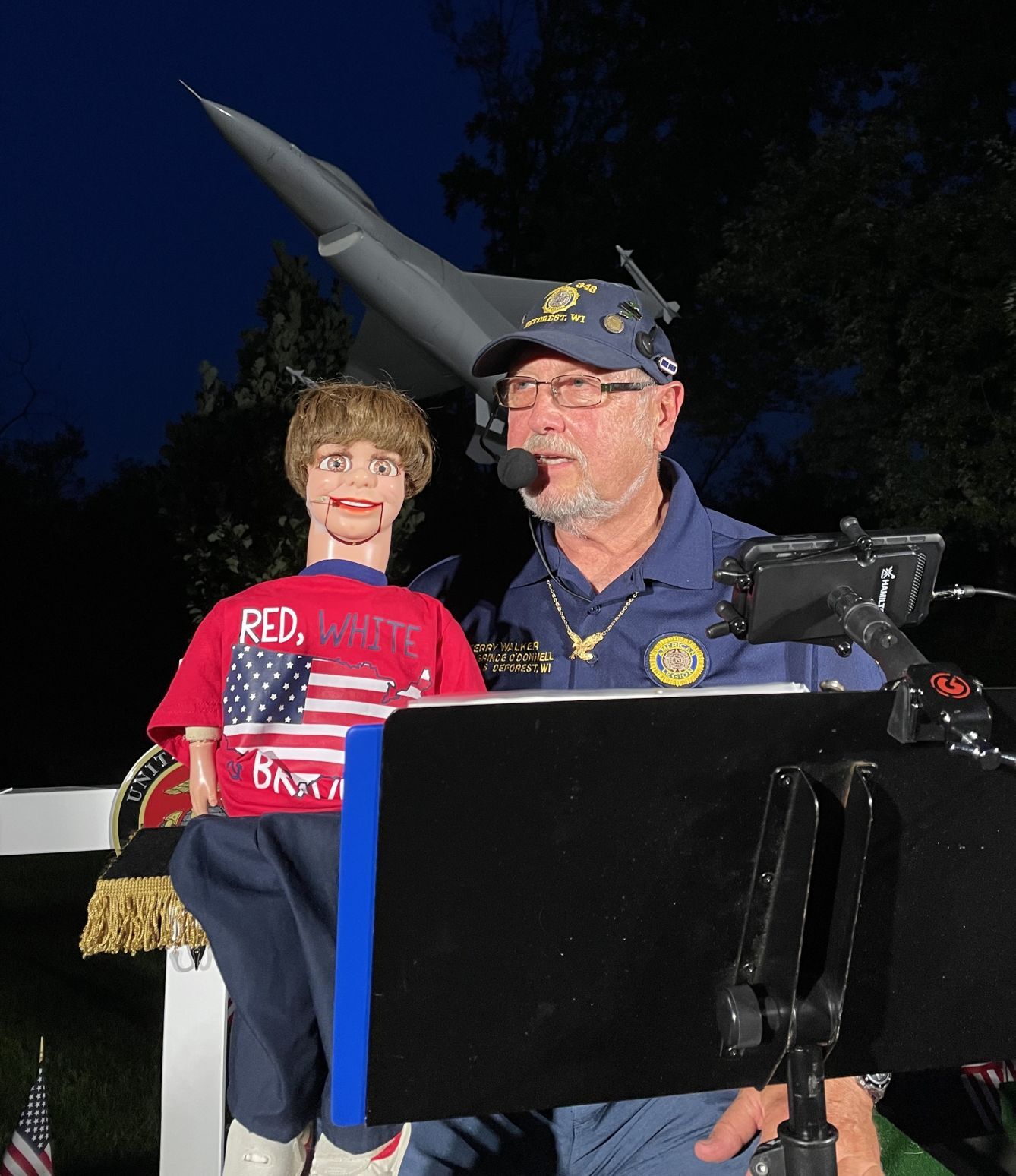 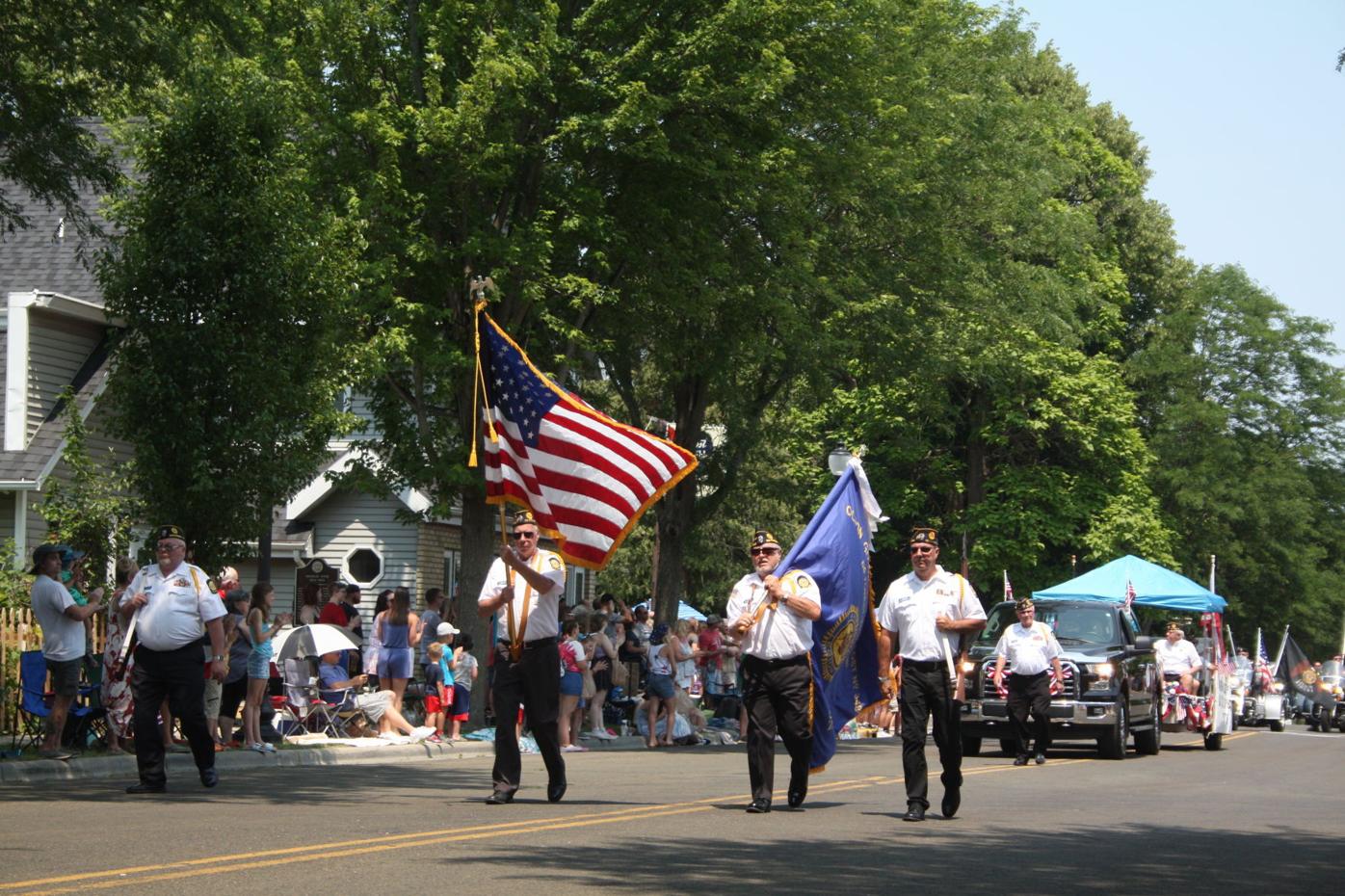 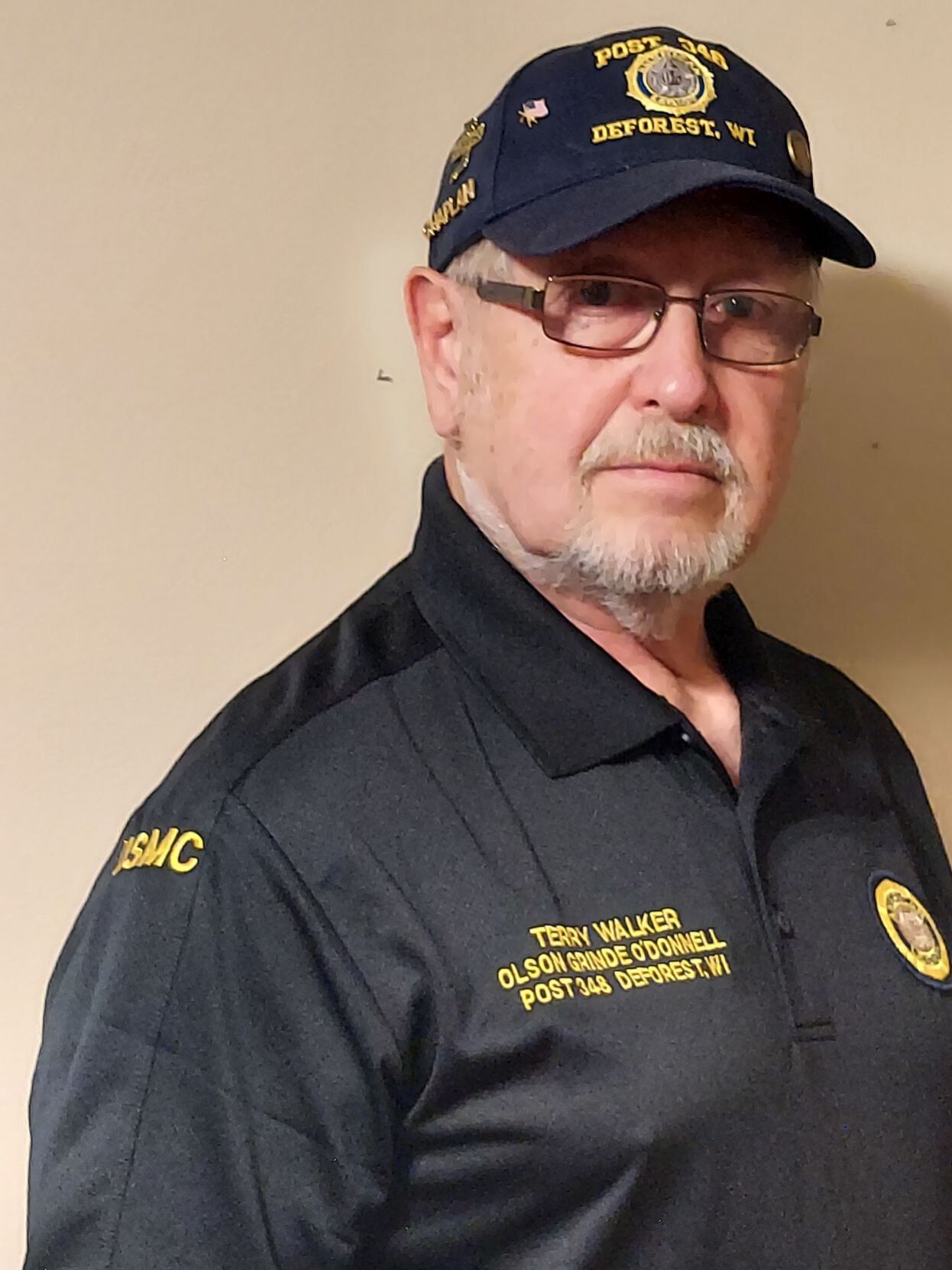 For many who joined military service at the end of the Vietnam War, by the time they completed training, troops were being brought back home. But the world had many missions for Marines to take on.

Terry Walker, seeing that the draft board was approaching his number, enlisted in October 1972. He came from a military family, his father serving on the Naval destroyer Montpelier between World War II and the Korean War. His father wanted to see him in the Navy, but Walker opted for the Marine Corps.

Walker was a late arrival compared to many enlistees and draftees. After graduating from Minerva High School in east central Ohio, Walker got married in 1969 and spent the next two years at Minnesota Bible College, preparing to minister in the Church of Christ. In 1971. he earned an associated arts degree in ministry.

“I had a ministry in Augusta, Ohio, for almost six months and I was working 40 hours a week at a regular job and trying to hold the ministry down and I couldn’t do it. It was too much,” Walker said.

After enlisting, Walker went to Parris Island, South Carolina, for basic training, and then to Camp Pendleton, just north of San Diego, where they were prepared for deployment to Vietnam.

On Oct. 27, 1972, National Security Advisor Henry Kissinger held a press conference providing updates on the ceasefire agreement in Vietnam that had been part of discussions that year for ending the war.

“We were training to go to Vietnam--in the beginning of ‘73,” said Walker, “and the week we were supposed to leave they said, ‘We’re pulling the troops out, so you’re not going to Vietnam; we’re going to put you aboard ship.’”

Open hostility between the U.S. and Vietnam ended in the beginning of 1973, though the war would continue for another two years, leading to the fall of Saigon in 1975.

Meanwhile, Walker was sent to Norfolk and put to sea aboard the aircraft carrier U.S.S. America, CV-66.

“We’re talking about 5,000 men. It’s almost like a small city,” said Walker. “We were put on guard duty and things like that in certain areas of the ship.”

The ship was near France when Turkey invaded the Greek island of Cyprus in July 1974, overthrowing the governing military junta and taking control of one-third of the territory on the island. The U.S.S. America was brought in to assist the evacuation of Americans during the conflict.

“We just kind of helped wherever we were needed by the Navy--we were a complement to the Navy,” said Walker, listing out duties and activities, including on-ship infantry drills, ship security, and managing a large portion of the brig. “We worked together and did whatever needed to be done when we were called upon to do it.”

In particular, Walker came to appreciate drill with everyone coming together on task at the drop of a hat: “No orders, no nothing. We just had it down that everyone did exactly what they were supposed to do.”

During official visits by foreign dignitaries, Walker and the other Marines would also take color guard duties.

After seven months at sea, Walker returned to the United States to Fort Benning, Georgia. There Walker was placed in charge of logistical operations as a supply NCO (non-commissioned officer), overseeing supplies for about 100 Marines.

“I had to get it on time, and if they were going on maneuvers, make sure they had all the equipment they needed for whatever they were doing,” said Walker. “So that was a big responsibility, and I kept records so when inspection came around they could look at my records and make sure we got everything squared away.”

After around two years, according to Walker, inspectors would essentially come by and check him off, knowing that he had things under control.

Toward the end of his four years in the Marines, Walker became the human resources instructor for all incoming Marines, then leaving the service on Oct. 26, 1976.

Walker returned to ministry, pastoring at a church in Black River Falls. While out and about he came upon a life-changing discovery in the window of a Montgomery Ward.

“I ended up seeing Danny in Montgomery Ward’s and he waved at me, and I bought it for 20 bucks and I just got him,” said Walker.

The idea of ventriloquism first came to Walker when he was 10 years old, seeing a performer in his church. In 1976 Walker picked up “Danny” and has been performing with him since.

Now in retirement, Walker has been performing full-time doing 45- to 90-minute acts that have included Danny and singing that started with Gospel music, and expanded to country and oldies. He has taken the act around the state as well as Illinois.

On Aug. 28, Walker and Danny performed for the DeForest American Legion Olson-Grinde Post Centennial Celebration. That event married two passions for him, in performance and support for the American Legion.

Although Walker lives in Lodi, a good friend and racquetball partner invited him to join the American Legion in DeForest. Walker made his way to the DeForest Post meetings, and after two meetings, was won over to become a member.

Examples of projects that the Post takes on, according to Walker, are helping hospitalized veterans in need of help, or others in need of support, showing public support for veterans and service members as well, and scholarships for local students.

The Post has also put Walker again, in front of a crowd, as a member of the color guard, a familiar post, but not without complications. The DeForest 4th of July parade ended with a few blisters and a broken flag holder.

“All of a sudden it got loose, so the pole slipped down, and I was trying to hold on to it and keep step and finally one of the other flag guys says, ‘Terry, just put it on your shoulder,’” he said. “So I just set it on my shoulder and walked the parade. I was embarrassed and said, ‘Man, people probably have pictures of me trying to hold it and trying to do everything at once.’”

Walker finished the parade as best as possible, saying that “Marines don’t start something they’re not going to finish.” They’ve since made the needed repairs and Walker has been back on the parade routes.