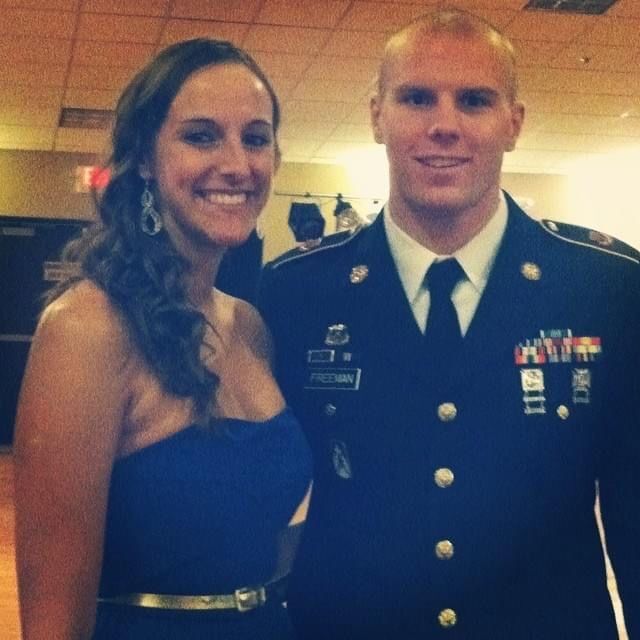 Sgt. Andrew Freeman with his wife Ashley at a Christmas party in 2014. 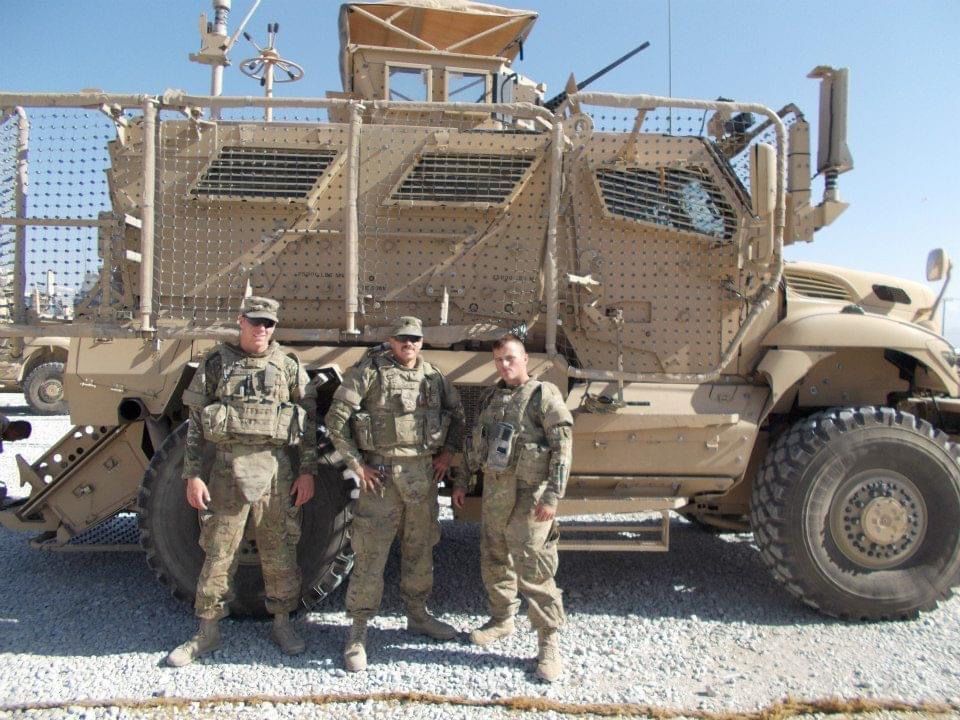 Sgt. Andrew Freeman with his wife Ashley at a Christmas party in 2014.

On Aug. 30, the U.S. military presence in the nation of Afghanistan officially came to an end, concluding a 20-year mission involving U.S. personnel, NATO partners, Afghan national forces, and somewhere in the middle, an Army National Guardsman from Ripon.

Andrew Freeman enlisted in the Army National Guard at the end of high school, in 2010, starting basic training in January 2011. A year later he would be deployed for a tour in, and of, Afghanistan.

“I wanted to pay for college and I wanted to serve to make my family proud, those were the main two reasons,” said Freeman. “I didn’t know what to expect.”

Freeman was just nine years old on Sept. 11, 2001, when events in New York, Washington, D.C. and Pennsylvania instigated the war. And he was just a few months past his first day of Basic when President Barack Obama announced that Al Qaeda leader Osama bin Laden had been killed in Abbottabad, Pakistan, on May 2, 2011.

In February 2012, Freeman would be deployed. The event was covered by WLUK-11 news where reporter Emily Deen spoke to Sgt. Susan Delaney of the 1157th Transportation Company at an airplane hangar in Oshkosh where there would be a sendoff ceremony.

“Well, it’s a little bit different,” said Delaney, “but we’re going with a really great group of people, so we’re really excited about it.”

About a week into the company’s three-month training at Camp Shelby in Mississippi, they were informed that there had been a change in plans and their mission would be providing convoy security in Afghanistan.

At Bagram Air Base, in northeast Afghanistan, north of the city of Kabul and about 160 miles from the Pakistan border to the east, Freeman was a gunner in convoy security missions. The goal frequently, was to accompany Afghan civilian shipments--water, mail, vehicles, equipment--from base to base.

Each group, Freeman explained, had four or five of what they called “gun trucks” that protected Afghan semi trucks and trailers traveling out of Bagram and between other bases on missions that lasted from three days to two weeks. In an Army MRAP (mine resistant ambush protected) vehicle, there would be a driver, a non-commissioned officer who would be in the passenger seat, possibly a local interpreter, and the gunner.

“We ran I don’t even know how many missions--tons,” said Freeman. “We always did missions at the nighttime. We did one day mission and it was bad. So we always went at night.”

Freeman and other soldiers in the Transportation Company had the early impression that they would be going into a strictly logistical role, taking things from Point A to Point B, but as they arrived and began phasing in, replacing outgoing members, the job became clearer.

“We really had that protective role. And a lot of time we had to be behind EOD (explosive ordinance disposal) as they cleared routes, going five miles an hour, and the Taliban would try to get one of the Afghan trucks,” said Freeman. “They would try to break one of those to get us halted and then they would do their attacks and stuff.”

In the beginning, Freeman explained, there was a nearly 24-7 adrenaline rush with dips between life-threatening situations, and being on alert for one that could happen at any moment.

“Slowly, as the deployment goes on, some of those things become more natural--direct fire coming down, or the sirens that there are missiles coming down,” said Freeman. “It just becomes kind of the norm.”

After a year in Afghanistan, Freeman returned home to Wisconsin, where it was another adjustment, as many soldiers would come home living “always on high-guard and super sensitive.”

In that transition, it helped that Freeman had clear goals that he was coming home to, including returning to school and reconnecting with his girlfriend, now wife, whom he has been with since around 14 years old. She had just graduated college and they were moving to the Madison area for her work. Freeman, who had spent a semester at Edgewood College before deployment, was going back to school at MATC, studying criminal justice.

“It was just goals after goals,” said Freeman. “My mind was always busy with the task.”

Long having his eye toward law enforcement, Freeman joined the Department of Corrections as a correctional officer, then as a sergeant, at the Oregon Correctional Center, a minimum security facility in Fitchburg.

Over five years with the DOC, Freeman became more involved in the facility’s work release programs, helping inmates find employment before release: “I really liked that job, it was a good job.”

In 2018 Freeman graduated from the Dane County Sheriff’s Office Law Enforcement Academy, spending two years with the Sheriff’s Office before joining the DeForest Police Department. In addition to his work as a patrol officer, Freeman has quickly become known in the community as the DeForest Area School District’s Community Resource Office, acting as liaison to the public schools within DeForest and frequently doing educational and outreach work with the community.

When Freeman returned to the States he moved through the ranks, with more responsibility as a more senior service member and as an instructor, going to Alpha Company in Janesville for two years, then to Delta Company in Madison, where he was master driver for a mechanic company.

Despite his career momentum in the Army, Freeman was not looking to continue and would be ready when his contract ended in 2016.

“I had a lot of good things going for me, but I wanted to start a family and I didn’t want to deploy and be gone again with a family,” said Freeman. “So I thought it was time to get out.”

In DeForest, Freeman has found some comfort in being accompanied by a number of other current service members and veterans in the police department and on the other side of the wall at the DeForest Windsor Fire and EMS.

“I don’t think that the vets here think we’re better than anyone else or anything. I think it’s a bond that’s kind of hard to explain, because you know what they’ve been through and stuff,” said Freeman.

He has also been able to stay connected to those who were in his company in Afghanistan, with a group of 10 to 15 of them that are still close. Although it has been harder arranging holiday get-togethers, with COVID lock-downs past and them also being about the right age, Freeman explained that he was between two weekends of military weddings.

The digital connections also lit up as news of the official end of the Afghanistan War was announced and updates from America’s military withdrawal from the country went across screens.

“There were a lot of mixed feelings and emotions,” said Freeman. “My opinion is, did we need to get out of Afghanistan? Yes. But the way we got out was not planned properly and was not executed--for all the resources and lives lost that were over there, for us to have it return to what it was pre-war now, with the Taliban now having more assets than they did before--it’s a kick in the knees.”

When the United States invaded Afghanistan in 2001, the military took over the ruins of the former Soviet air base that over 20 years became Bagram Air Base, a virtual city including two runways, fleets of vehicles, and thousands of occupants.

“I was over there once,” said Freeman. “There are people who were over there multiple times that for all the time they’ve spent away from family, for all the friends they’ve seen that have died, to see it all go back to what it was pre-2001--I can’t speak for all vets, but I know the close group that I’m with is pretty disgruntled. But we can only control what we can control.”

Freeman is now looking forward to receiving his bachelor’s degree in criminal justice from Upper Iowa University in the next year and has been named on the summer semester dean’s list.