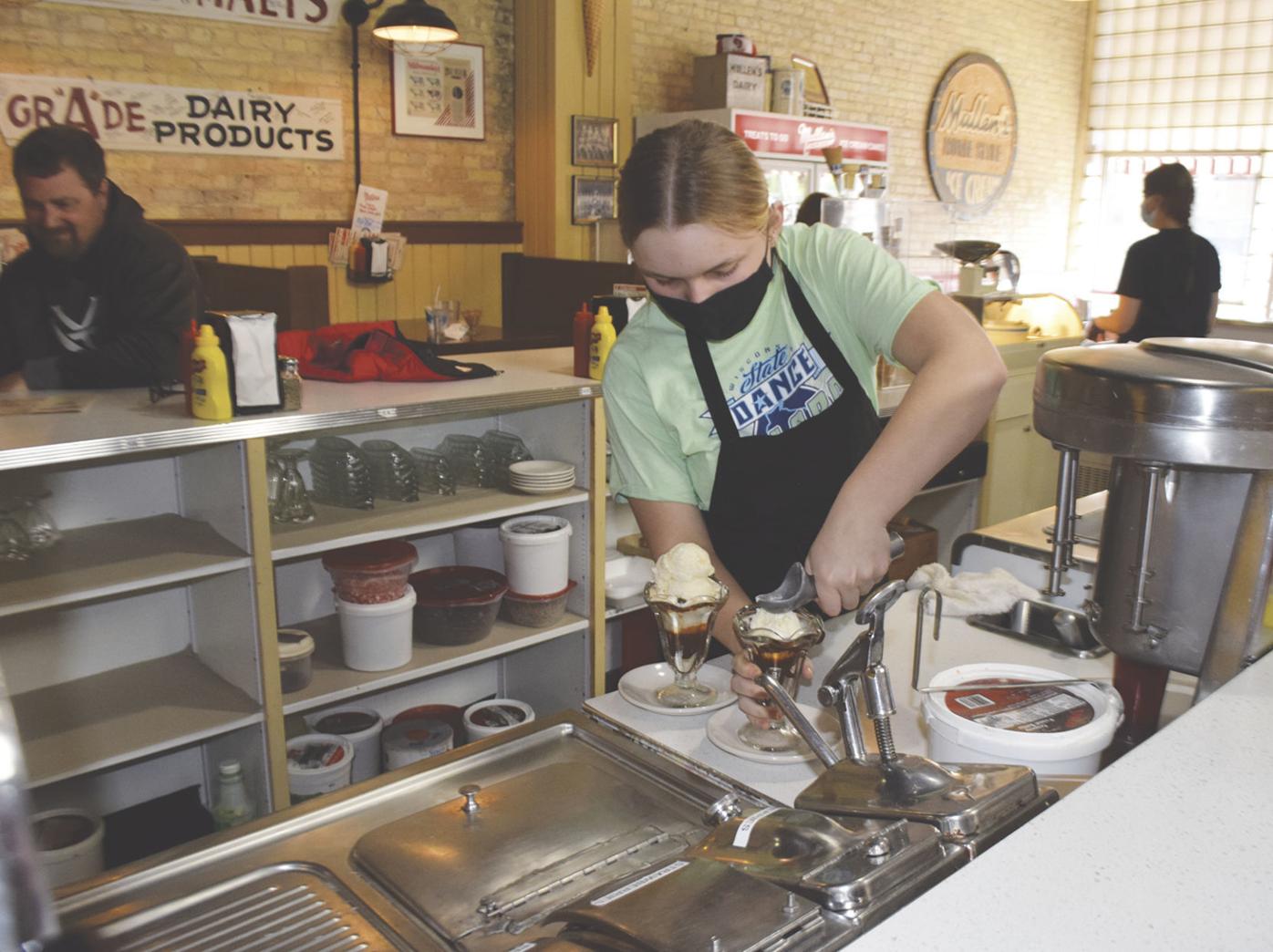 Ava Roberts creates a pair of sundaes at Mullen’s Dairy in downtown Watertown. 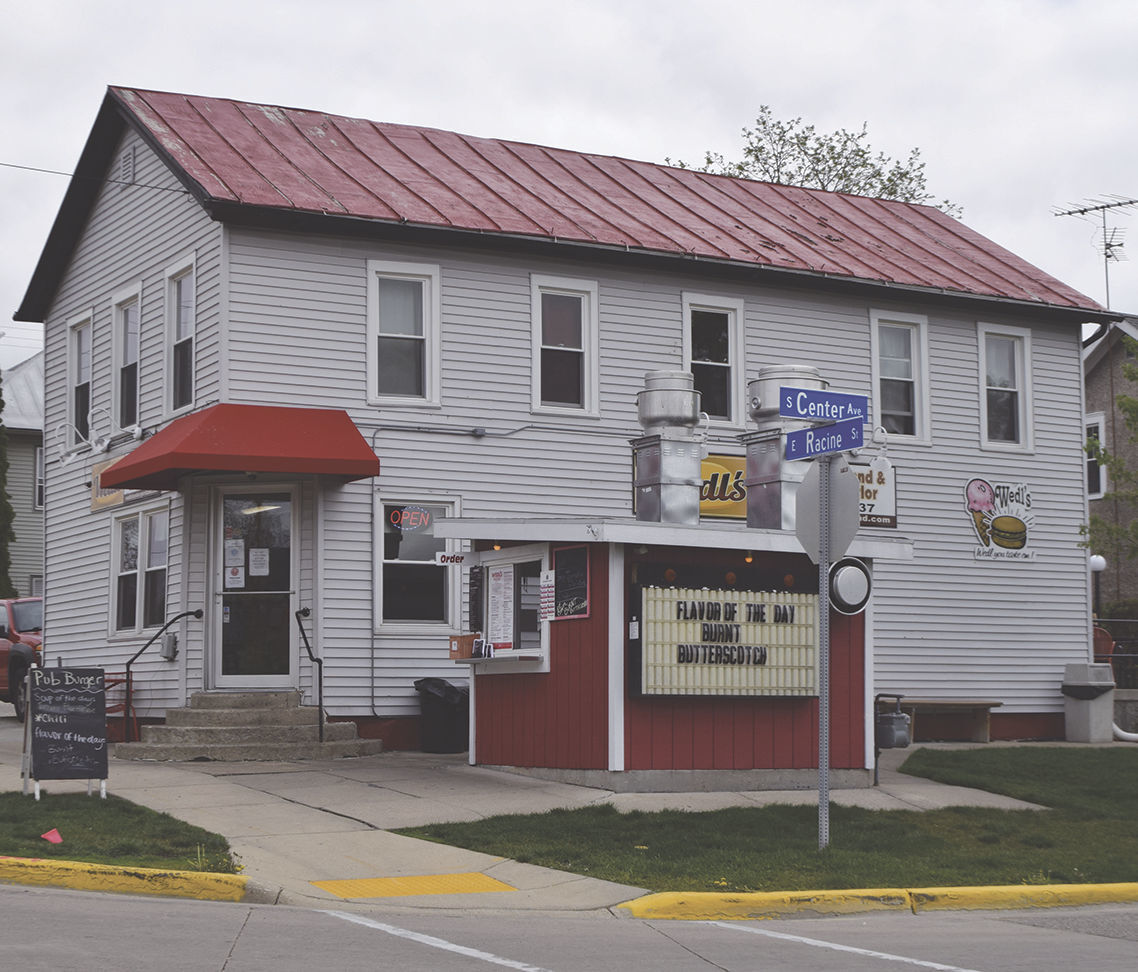 The famous Wedl’s is the place for ice cream in downtown Jefferson. 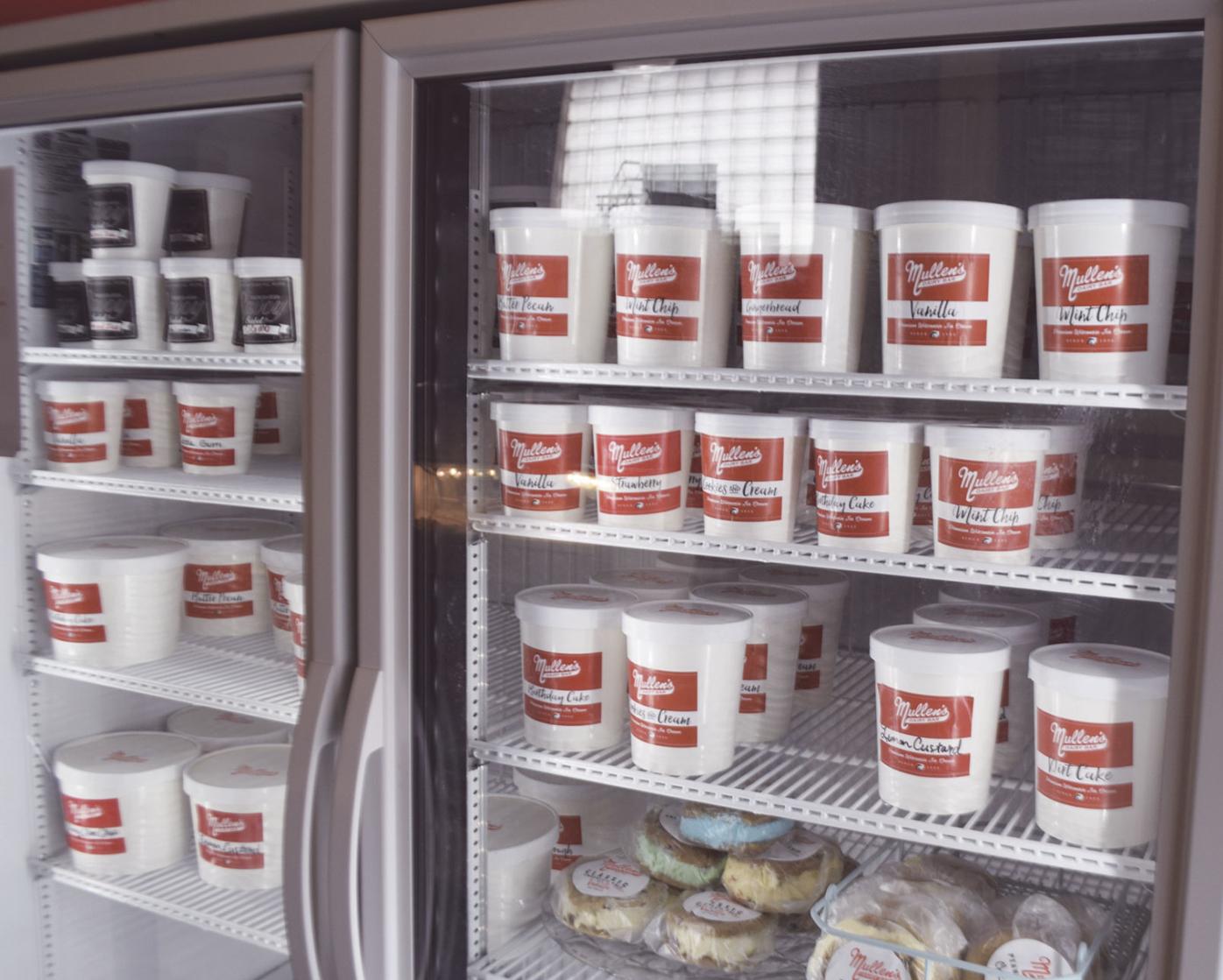 Ava Roberts creates a pair of sundaes at Mullen’s Dairy in downtown Watertown.

The famous Wedl’s is the place for ice cream in downtown Jefferson.

It’s not your grandpa’s world of ice cream anymore.

Although vanilla remains popular, the more daring and curious are eating such creations as Mullen’s “dirt cake” in Watertown and Wedl’s Zanzibar chocolate in Jefferson.

“Our dirt cake is what people are talking about,” Mullen’s owner Adam Keepman said one sunny spring morning as he prepared to open his shop. “I created it to mimic our ice cream cakes. We put devil’s food cake mix into it and it mixes with the cream and Oreo bits, then I put in butter cream frosting. People love this.”

Keepman said dirt cake has been in existence at Mullen’s for a few years already, but it is catching on more now.

“It’s catching on. It’s the flavor that people want to talk about,” Keepman said. “We do a lot of vanilla, but that is kind of boring. The dirt cake is not.”

Keepman also noted that people can come in and purchase Mullen’s “Pick 6” sampler pack. In it, they can get six flavors for $8 in sample portions.

“We’ve never done this before,” he said.

Mullen’s wholesale business is also going great guns, with Keepman saying its ice cream is now available as far north as Cedarburg, as far to the east as Milwaukee, as well as west to Verona and south to Whitewater.

Keepman said his busiest months are June through August, but he said May and August can be lively, as well. He said this past winter was even busy with Mullen’s hot food being the staple of sales, but he said the store featured 24-26 flavors of ice cream right through the coldest months of the year.

“Our busy season, these days, creeps up slowly and lasts longer into August,” he said. “But May through August I would say are the busiest times.”

Keepman said he hopes that Mullen’s can offer a bit of a respite for people as the COVID-19 pandemic begins to wane.

“We want to keep this place feeling a little bit like it’s still the 1950s,” he said. “People come here to escape all the concerns of the pandemic.”

Robbie Wedl said his famous Wedl’s stand in Jefferson, on the corner of East Racine and Center Street, is enjoying it s 105th year of business and is sticking with its solid sellers, such as the Zanzibar chocolate and peanut butter cookie dough.

Unlike Mullen’s, Wedl’s relies on the Chocolate Shop in Madison for its ice cream and does so because of its consistent creaminess and quality.

He and his wife run Wedl’s, with his parents owning it, and he said they all like to stay with the Chocolate Shop’s products because they are locally sourced from around Wisconsin.

“We have been sticking with their products for the past 20 years,” Wedl said. “We have kept our ice cream offerings pretty much the same. Why mess with a good thing?”

Wedl said he and his family take pride in their business and are appreciative of the attention it receives locally and even in other parts of the world.

“We are a tradition in town,” he said. “We have people coming here from all over the country and the world for some summer fun.”

Checking in, finally, was Whitewater’s Brain Freeze. There, Tora McPherson said they favor the products of Watertown’s Mullen’s Dairy.