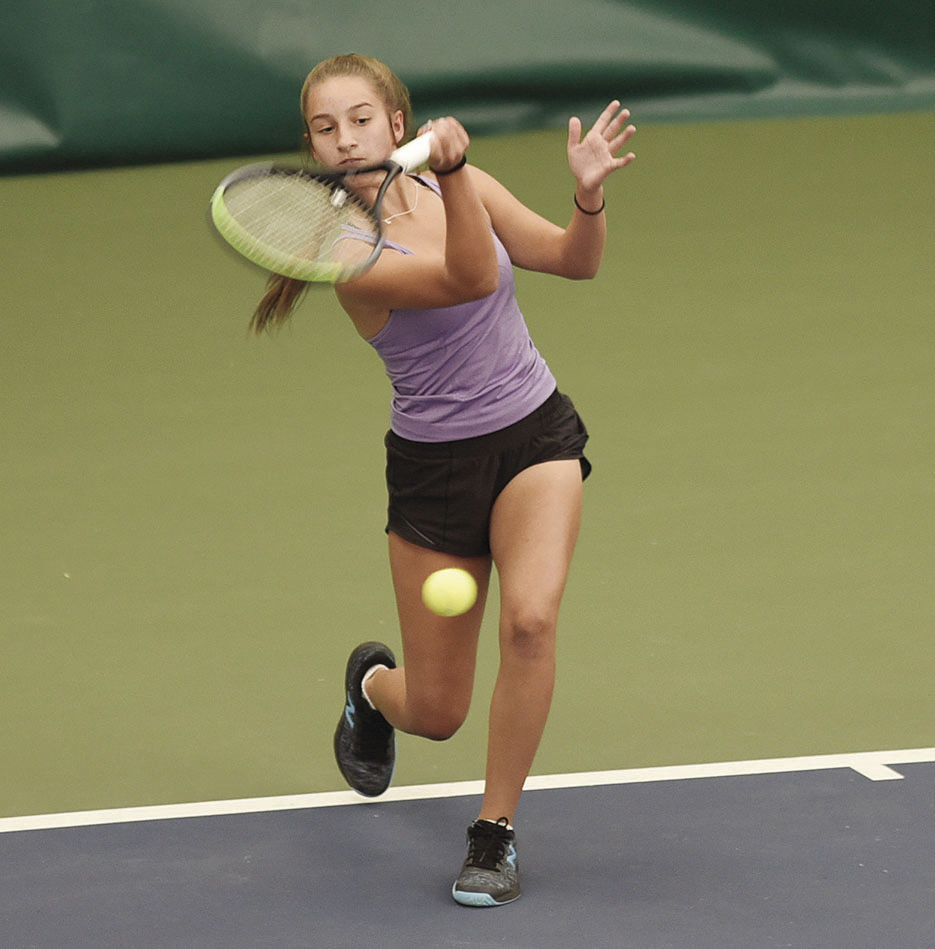 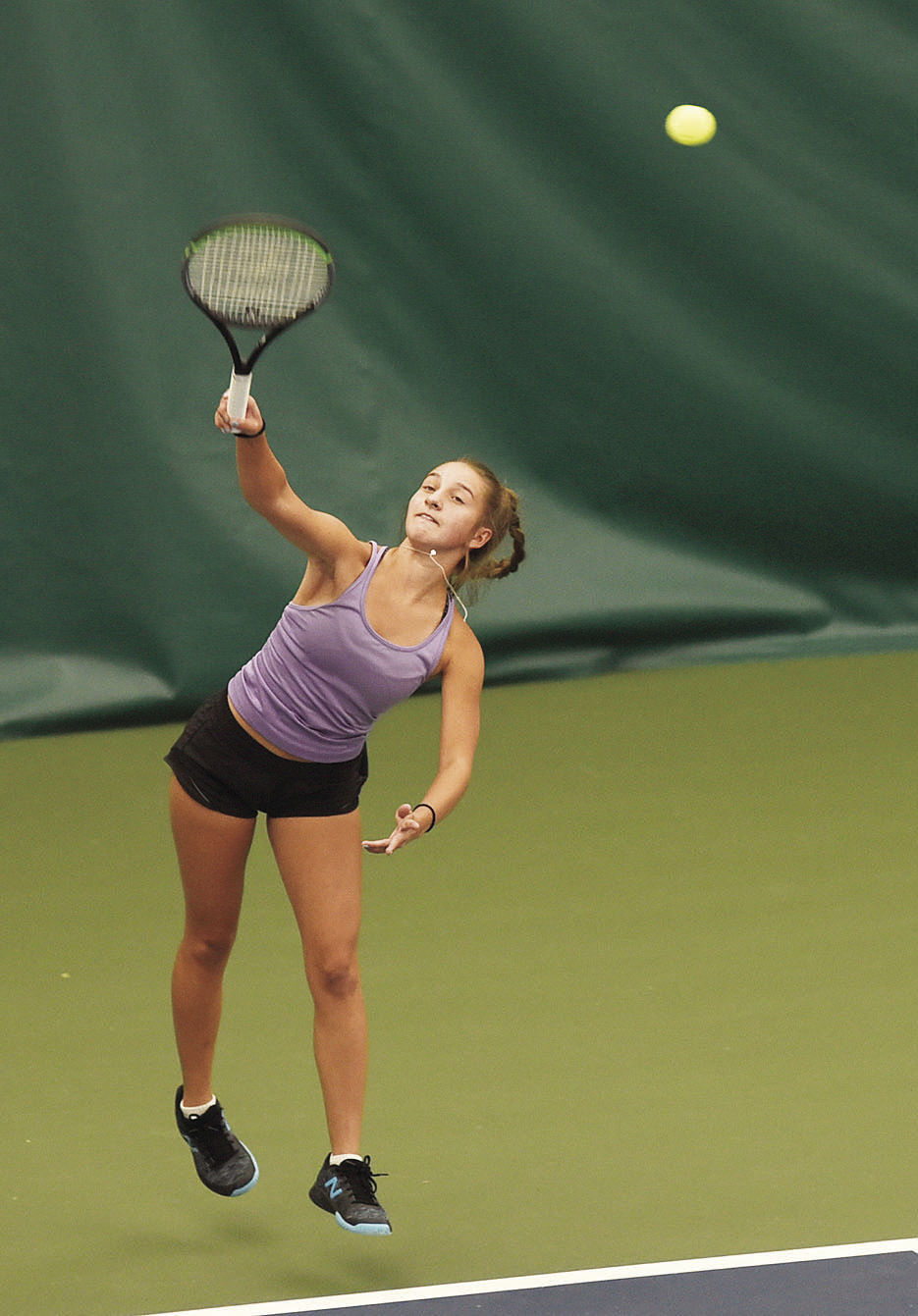 Norski senior Samantha Fuchs serves up a winner during this year’s state tournament. It was her fourth trip to state.

Norski senior Samantha Fuchs serves up a winner during this year’s state tournament. It was her fourth trip to state.

Her journey did not end with another state medal, but DeForest senior tennis player Samantha Fuchs put together another impressive run at last week’s WIAA Division 1 state tournament at the Lake Geneva Tennis Club.

As a junior, Fuchs won a doubles state title with her sister, Cecile. This year, she fell one win shy of placing in her fourth trip to state.

Fuchs came into this year’s state tournament as the No. 4 seed.

After receiving a bye in the first round, Fuchs got going with a 6-1, 6-2 win over Franklin’s Mana Usui.

Fuchs continued to gain momentum in the third round, when she downed Pewaukee’s Addison Young 6-0, 6-1

In the quarterfinals, Fuchs squared off against defending state runner-up Zaya Iderzul of Badger. Fuchs had beat her in the sectional final the week before.

Iderzul would get revenge on Fuchs with a 6-0, 6-4 decision.

“We knew her third match against Badger’s Iderzul was going to be tough, even though she had beaten her the week prior,” Pachal said. “Zaya came out playing exceptional tennis. She was playing on her home court and Samantha was unable to bring home the win in that match.”

Fuchs still had a chance to work her way back into medal contention after the loss.

However, Fuchs was slowed down by an injury and lost to Muskego’s Christina Pan. Fuchs took the first set 6-3, but Pan rallied to win the next two 7-5 and 6-1.

“She came ready to play on Saturday, but unfortunately she suffered an injury,” PachAL said. “Although she toughed out her match Saturday morning, the results were not what she was hoping for.”

Fuchs finished her season with an overall record of 15-2. She matched her sister’s school record of four state tournament appearances.

“Although her high school career did not end in the way she wanted, Samantha has accomplished much during her tennis career at DHS and had some great wins,” Pachal said. “I am extremely proud of Samantha and all that she has accomplished. It is a testament to all her hardwork and dedication.”

Muskego’s Elizabeth Sobieski claimed the Division 1 singles state title. She came from behind to beat Whitnall’s Autumn Bruno 3-6, 6-3, 6-2 in the championship match.

Iderzul went on to place third after knocking off Wausau West’s Natasha Bailey 7-6 (5), 6-1 in the thid-place match.