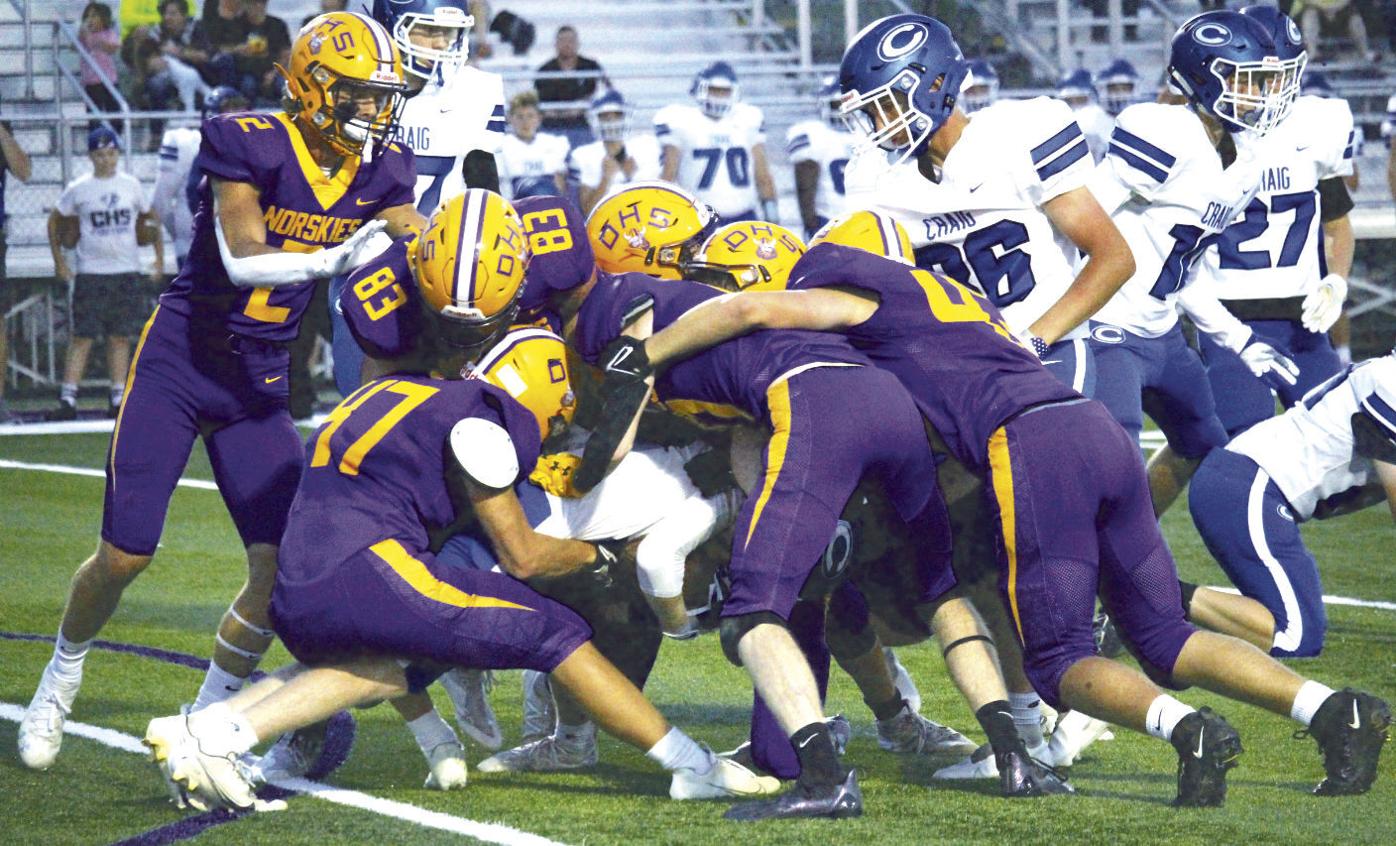 A host of DeForest tacklers, including Logan Engeseth (2), Breck Sparby-Schmid (83) and Jadon Wilson (47), take down a Janesville Craig ball carrier in the Norskies’ 53-0 victory on Friday at DMB Community Bank Stadium. 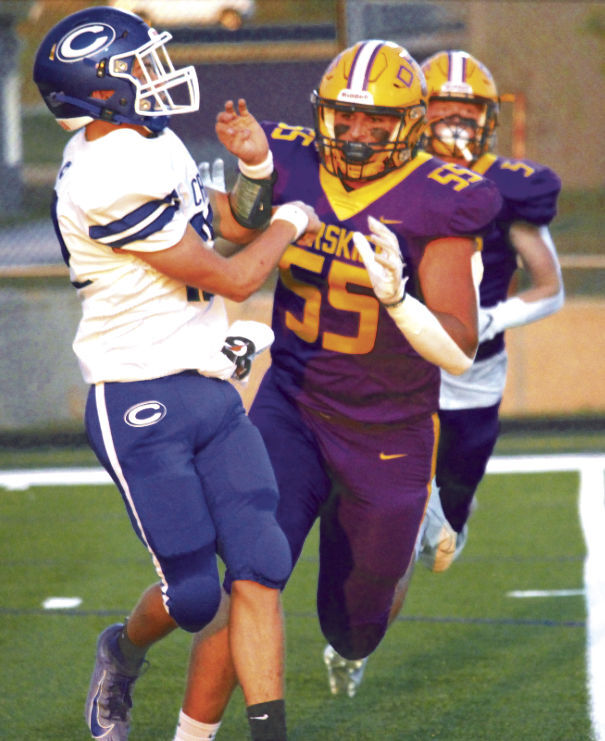 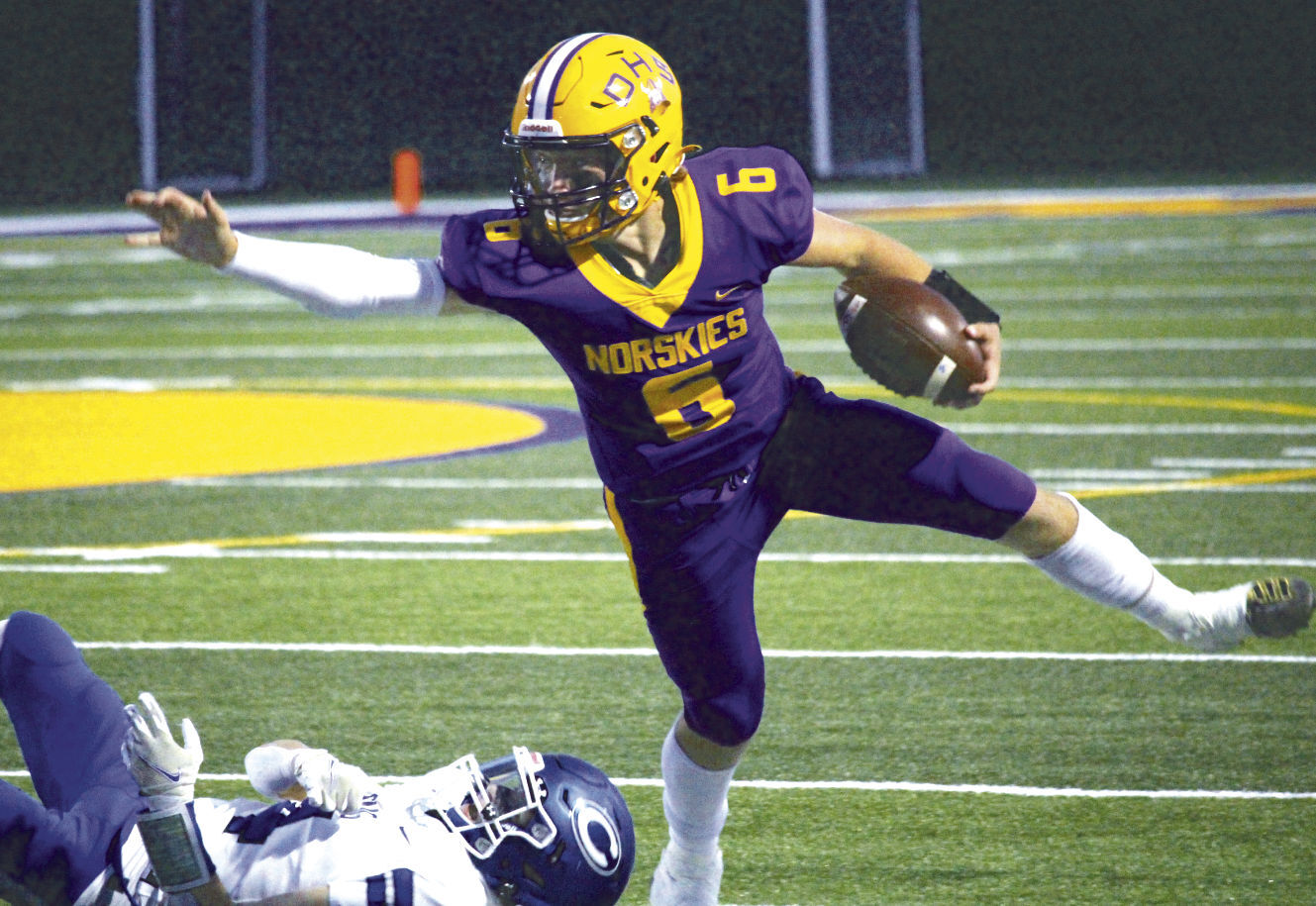 A host of DeForest tacklers, including Logan Engeseth (2), Breck Sparby-Schmid (83) and Jadon Wilson (47), take down a Janesville Craig ball carrier in the Norskies’ 53-0 victory on Friday at DMB Community Bank Stadium.

The dam broke in the first quarter, and Janesville Craig didn’t get it fixed until the second half.

Combining a stifling defense with an explosive offense, the DeForest High School football team moved to 4-0 on the season by whipping the Cougars 53-0 on Friday.

Aaron Mack, the Norskies’ head coach, sees something special brewing with his team.

“I am very proud of all of our players, not because of the outcome on the scoreboard but the leadership and togetherness this group continues to develop and foster each week is truly something very enjoyable to witness,” said Mack. “This group of young men is really starting to live and breathe. Caring more about the program and their teammates than their individual success is what will make this a special season and we are getting close as a group.”

Mason Keyes was efficient and lethal at quarterback, completing 6-of-7 passes for 130 yards and four touchdowns, including a 26-yarder to Max Weisbrod and an 11-yard strike to Alex Winters in a high-scoring first quarter for DeForest, now 4-0 overall and 2-0 in the Badger – Large.

The two scoring passes were sandwiched by a pair of touchdown runs by Cale Drinka, who crashed in from 8 yards out to start the onslaught and then ran 68 yards for another score to make it 26-0.

Janesville Craig was threatening to score in the second quarter, but Logan Engeseth picked off a pass and returned it 92 yards for the first of two Norski defensive scores. Then, Keyes found Aydin Kelliher for a 29-yard touchdown pass, before Deven Magli intercepted a Cougar pass and raced 100 yards to pay dirt.

Keyes wasn’t done, however. He tossed a 32-yard touchdown pass to Kelliher late in the first half to make it 53-0.

“We had three to four starters out due to injury and that provided a great opportunity for the next men up to get their opportunity and Greydon Wagner, Breck Sparby-Schmitt, Aydin Kelliher and Alex Van Ooyen stepped in and made the most of their opportunity,” said Mack. “Not only did those individuals step up and provide us with great performances, so did many of their teammates around them, and moving forward having kids get the opportunity to start for the first time and play well will only bode well for our depth for the rest of the season.”

It was a dominant performance by DeForest, as Drinka rushed for 133 yards on just eight carries and Kelliher finished with two grabs for 61 yards.

In addition to shutting out Craig, DeForest’s defense limited the Cougars to 203 yards of total offense.

On Friday, the Norskies travel to Beaver Dam for a Badger – Large battle.