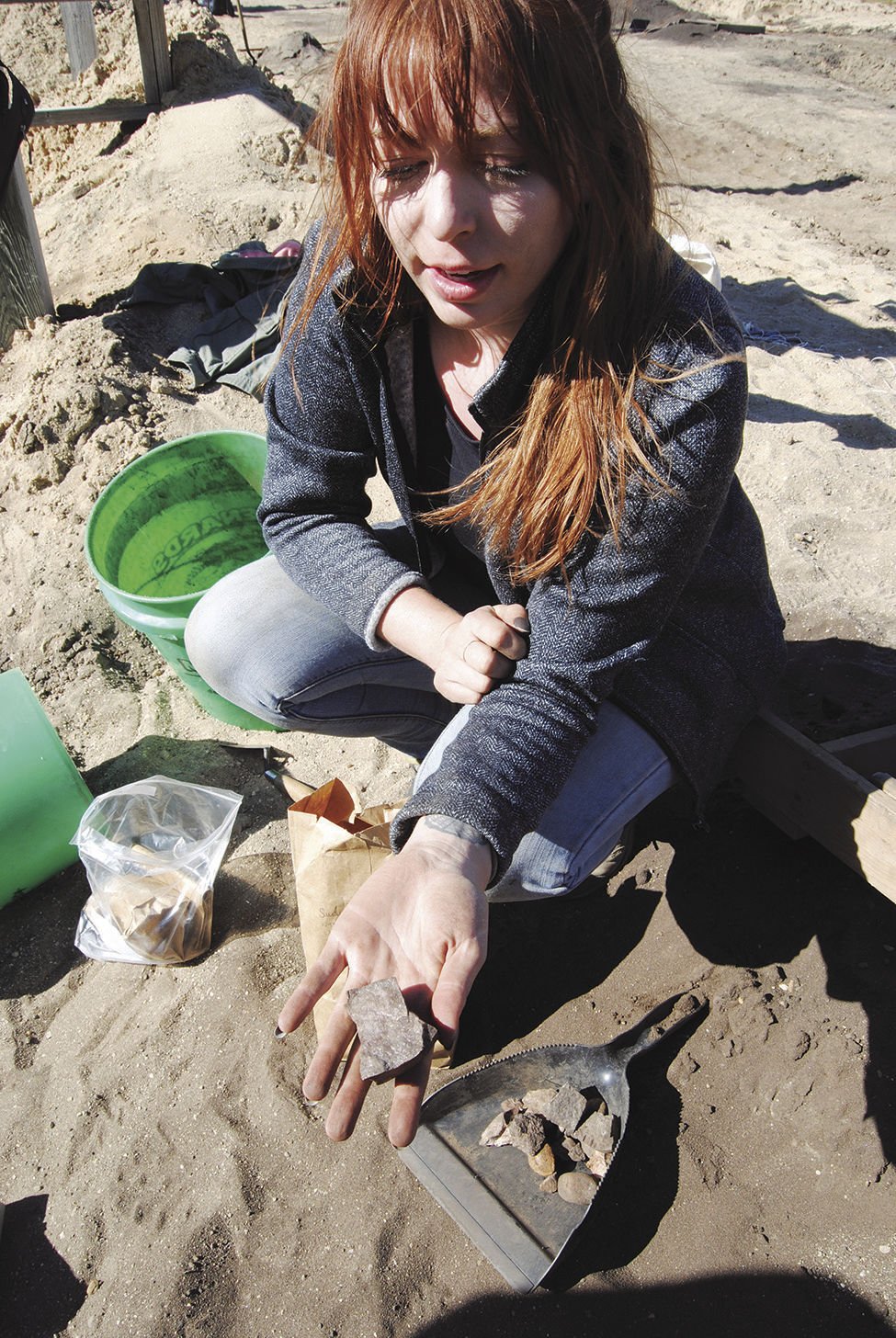 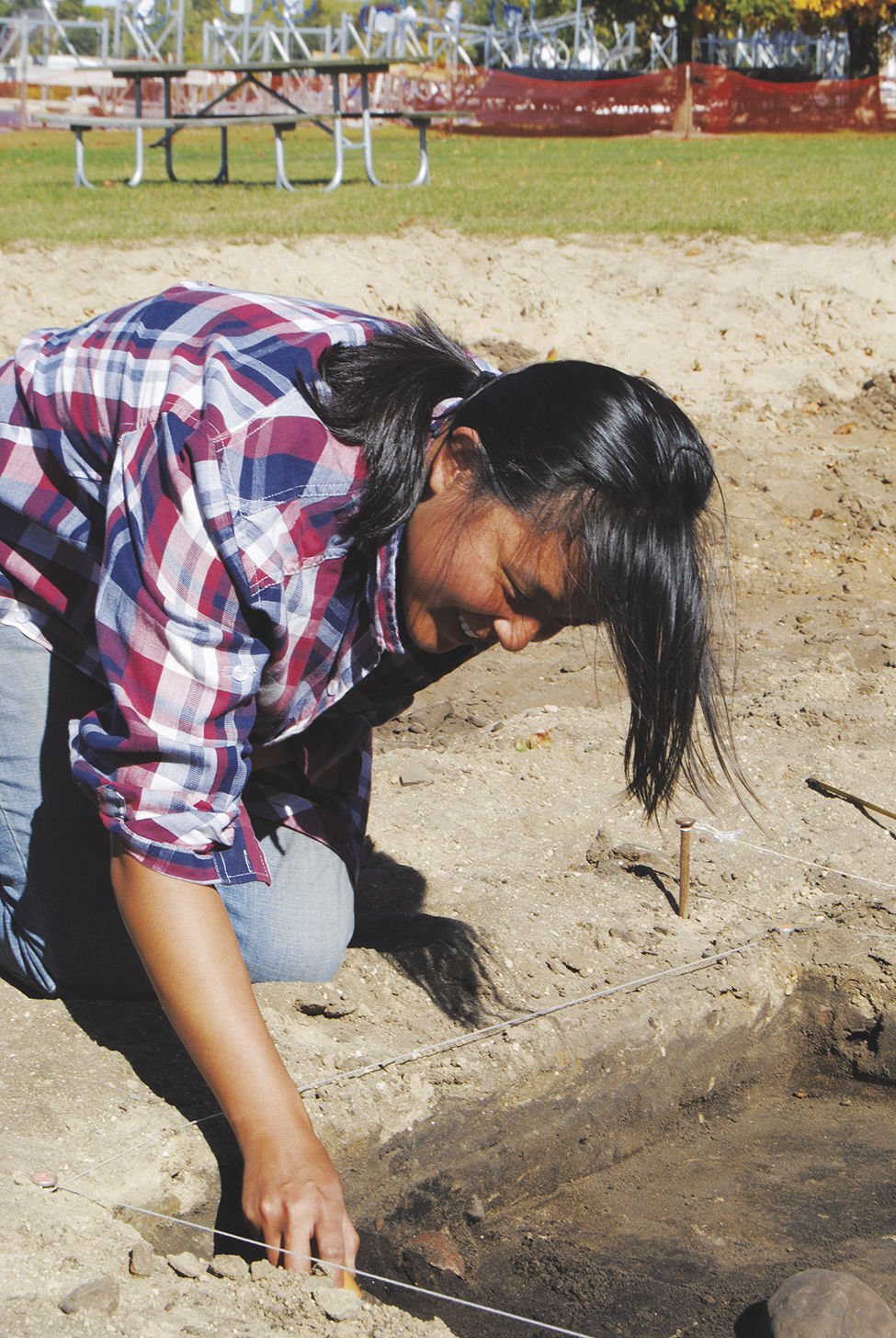 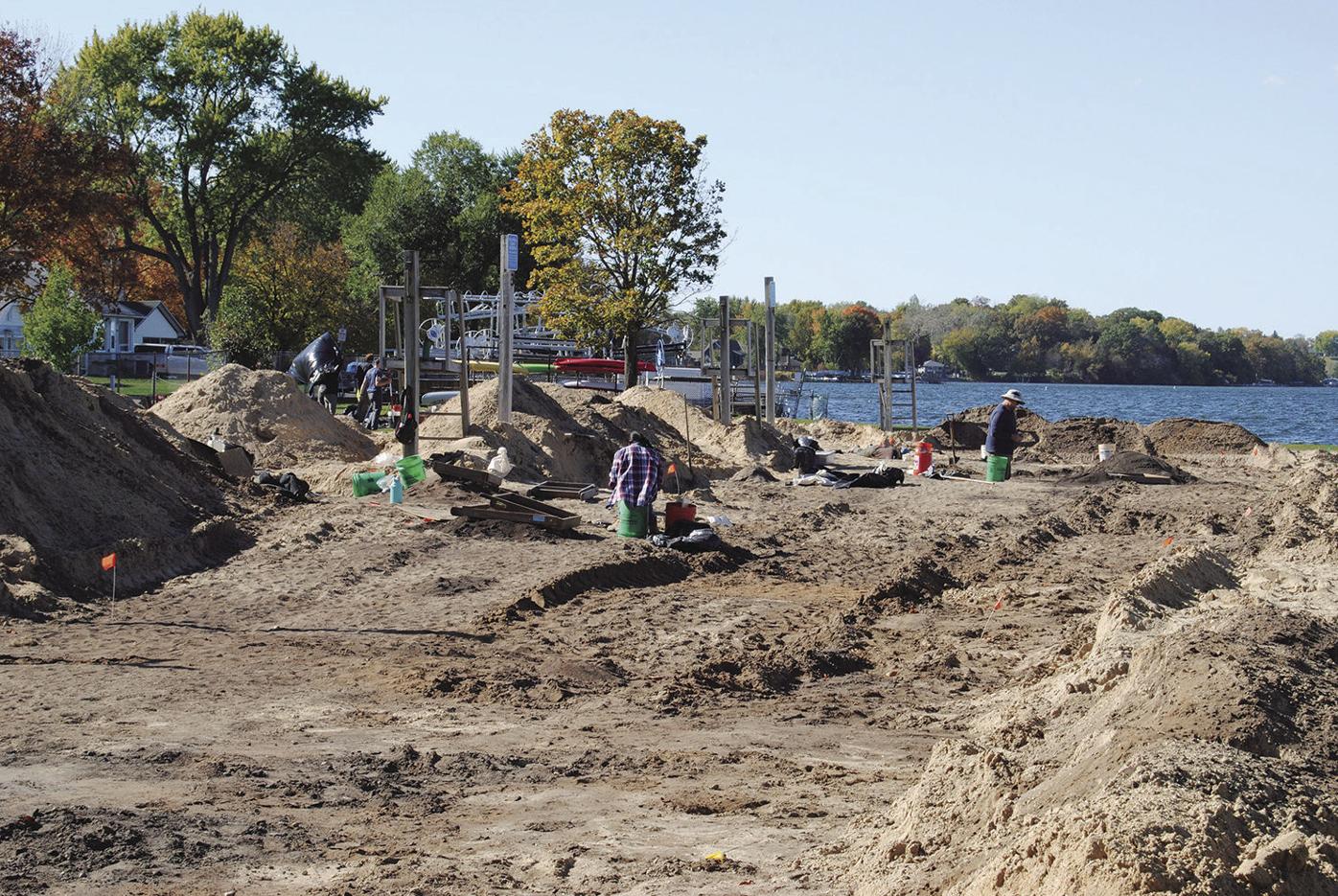 The archeological dig at Sandy Beach is seen Wednesday, Oct. 7. 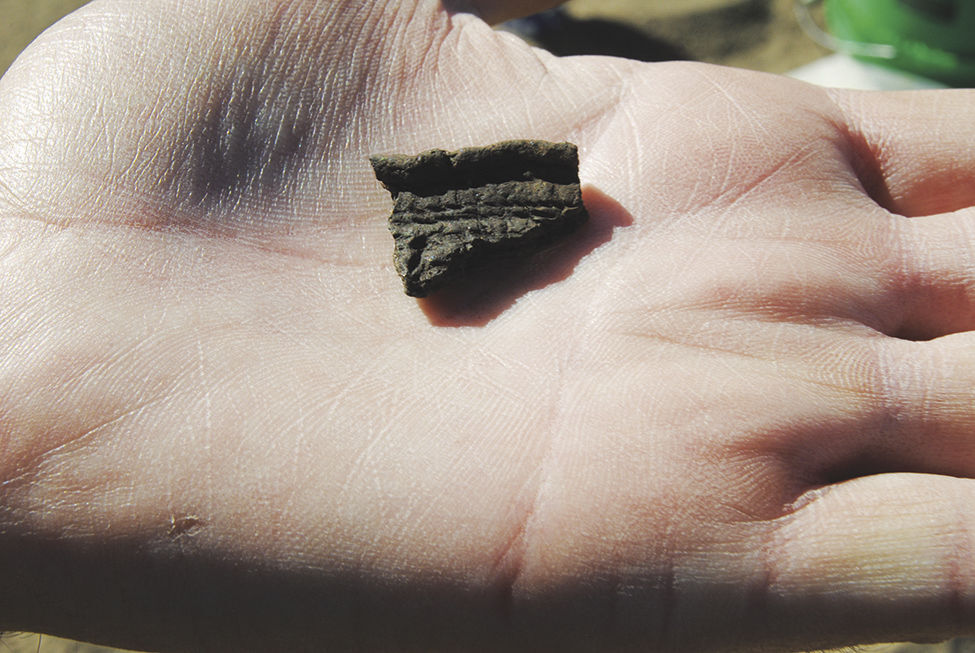 A piece of pottery found at Sandy Beach is seen Oct. 8.

The archeological dig at Sandy Beach is seen Wednesday, Oct. 7.

A piece of pottery found at Sandy Beach is seen Oct. 8.

Can you imagine what it was like living at Sandy Beach thousands of years ago, before there were indigenous people at Aztalan?

Experts at Commonwealth Heritage Group have been working at Sandy Beach over the past several weeks to uncover more information about the people who once lived there. Right now, areas around the sand volleyball court are dug up with archaeologists finding evidence of the people who lived there long ago.

The study started when the Lake Mills City Council undertook moving the boat launch at Sandy Beach to the west side of the beach. The boat launch project is being funded by a United States Fish and Wildlife Services Grant. The project area funded by the grant is subject to review under the National Historic Preservation Act. Commonwealth Heritage Group has conducted two previous archaeological studies of the site and based on those studies, believes the prehistoric component of the site meets the defined criteria of significance for the National Register of Historic Places.

The team at Commonwealth said they are testing the soil and getting a better idea of what type of artifacts can be found.

“We are in the process of going and opening up larger areas to see if we can find what we call pit features which were trash pits or storage pits they dug into the ground,” said Richard Edwards, principal investigator. “When it’s all together it’s easier to interpret what is happening.”

“We are getting lots of debitage, when they are making stone tools, they are the pieces that break off.”

They also located a lot of fire cracked rock, heat-treated rock and some pottery so far.

“Our working theory right now is this is an area they set aside to make stone tools, because you don’t want those tiny sharp things where you are walking around barefoot.”

The archeologists said at one time the beach was not as flat as we see it today.

Edwards said they’ve found evidence dating back to the early Woodland period, dating back to 1000 BCE. The term “Woodland Period” was introduced in the 1930s as a generic term for prehistoric sites falling between the Archaic hunter-gatherers and the agriculturalist Mississippian cultures.

“When we were here last year we found middle woodland and late woodland, so we knew there were people here from 2,000 years ago to about 1,000 or so, but now we can push it back at least another 500 years,” he said. “Once we start digging into these pits we will be able to put together a more detailed picture, but we are still in the early phases.”

One of the more interesting pieces they’ve found is a copper needle without a hole in it, used as a punch for leather.

“We haven’t found any copper yet, but it’s not uncommon to find copper on these sites.”

Copper can be found in Northern Wisconsin and Upper Michigan.

Edwards said people in these time periods moved around throughout the year.

They also found the base of a spearpoint.

For those interested in their work, the archeological dig is going on now at Sandy Beach, stop by to watch them at work.