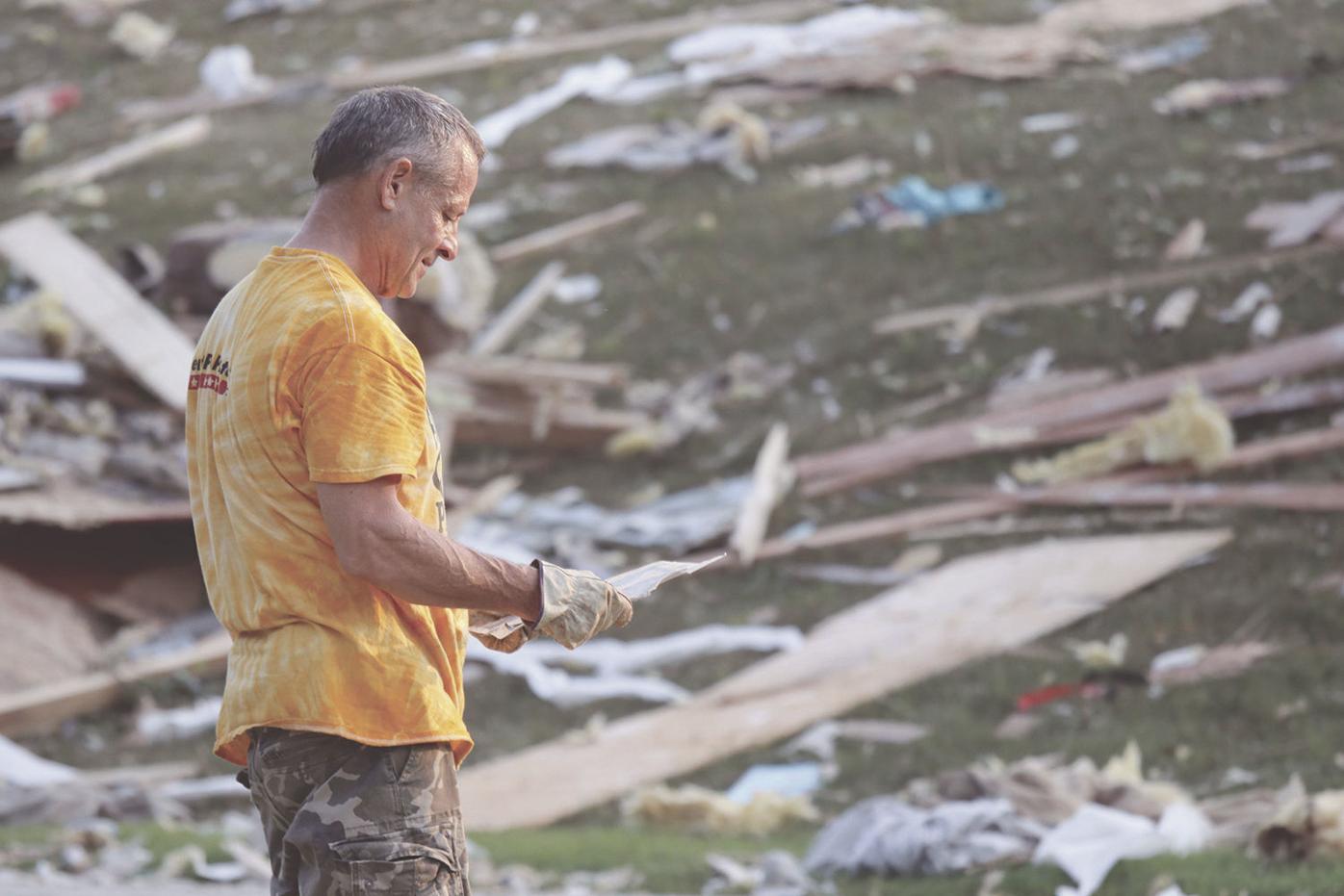 A resident, who helped volunteer to clear debris from a neighbor’s yard, finds a smile in some of the rubble left behind from a house explosion across the street. 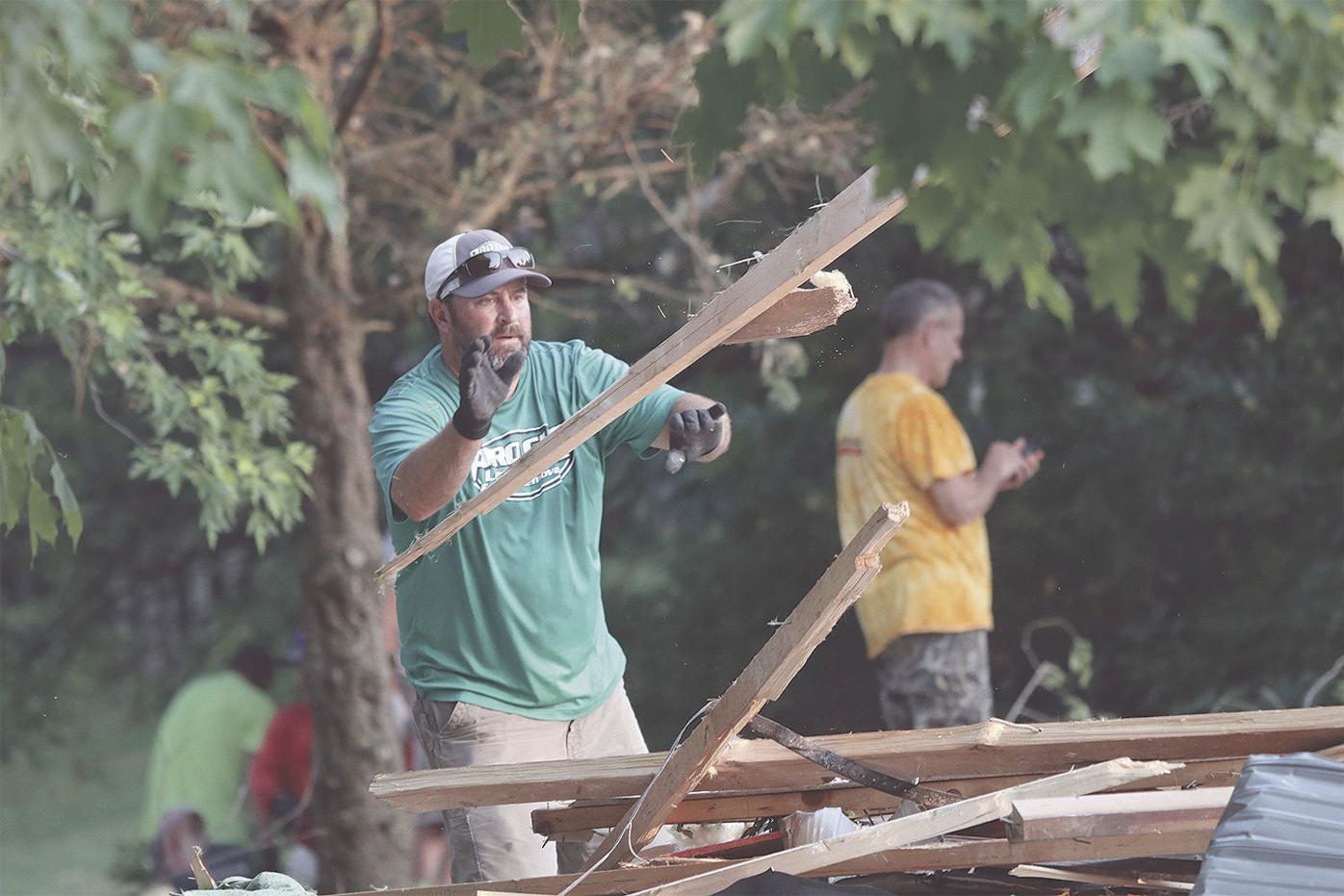 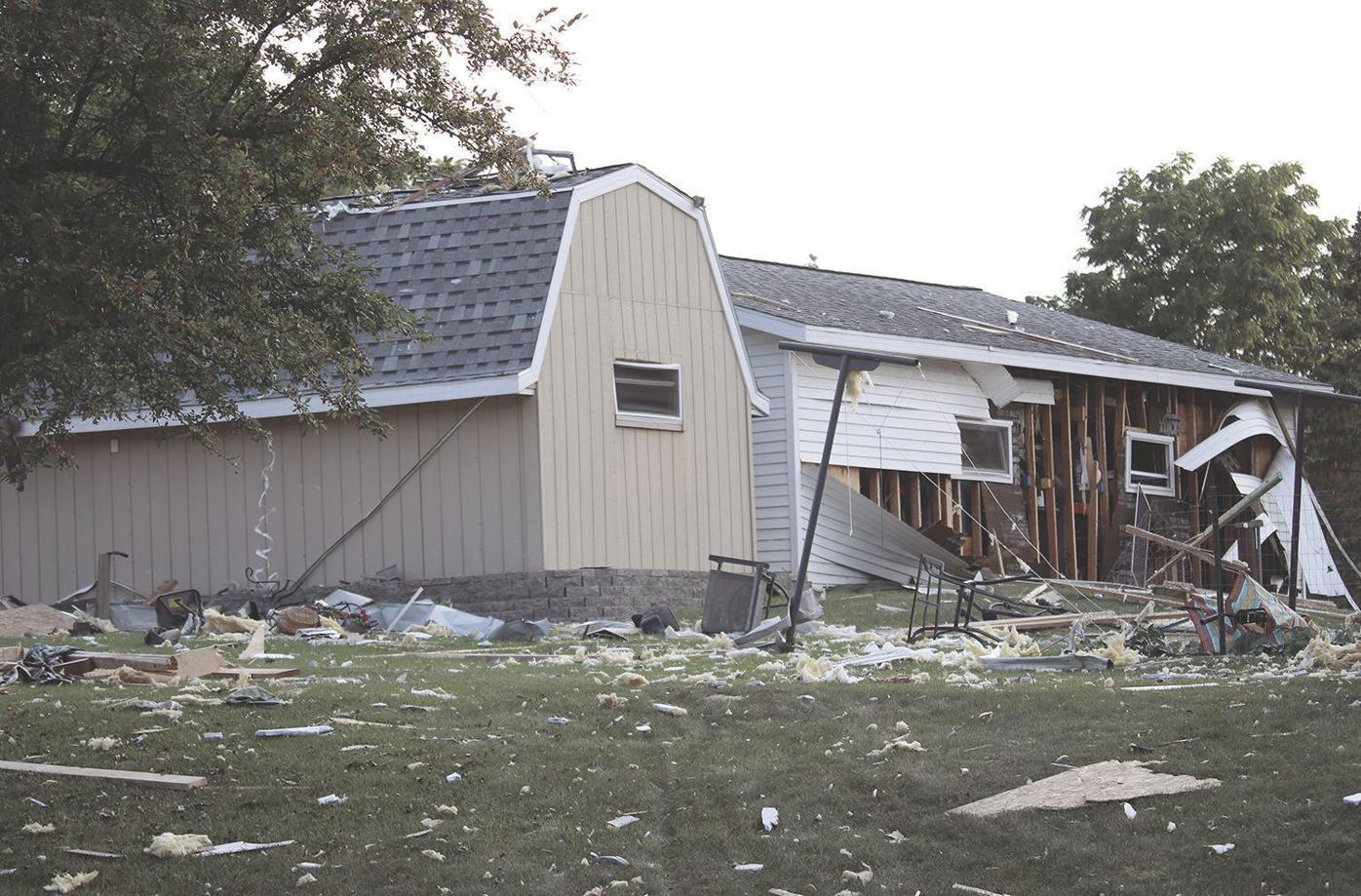 One person was killed in a house explosion in downtown Rome Tuesday afternoon, and multiple agencies responded to the scene. The explosion reportedly occurred near the intersection of Water and Milwaukee streets in the village. This is what remains of the garage. The house no longer stands. 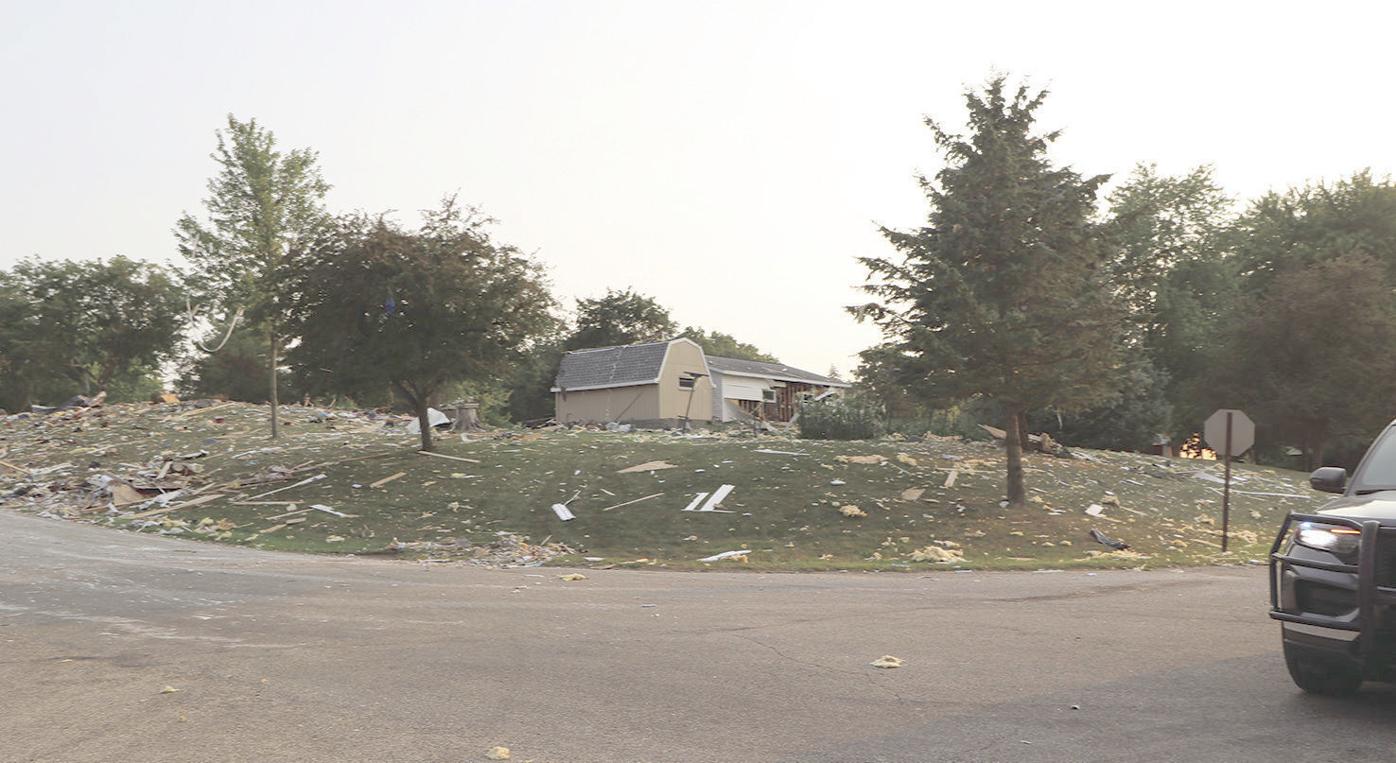 Debris covers the lawn where a house once stood before a gas explosion Tuesday afternoon destroyed it. 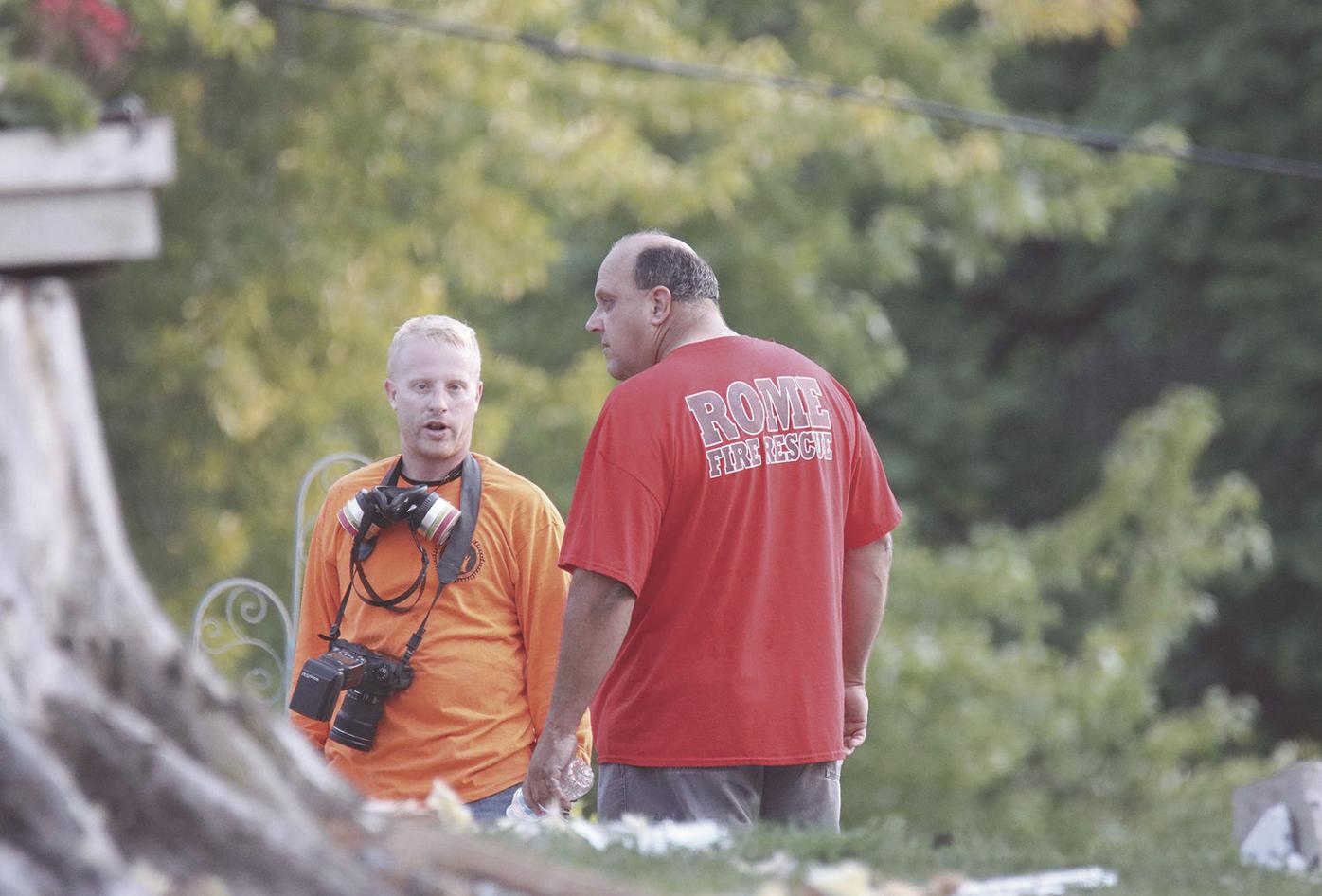 A resident, who helped volunteer to clear debris from a neighbor’s yard, finds a smile in some of the rubble left behind from a house explosion across the street.

One person was killed in a house explosion in downtown Rome Tuesday afternoon, and multiple agencies responded to the scene. The explosion reportedly occurred near the intersection of Water and Milwaukee streets in the village. This is what remains of the garage. The house no longer stands.

Debris covers the lawn where a house once stood before a gas explosion Tuesday afternoon destroyed it.

ROME — Mike Revolinski is being remembered as a “super good guy” who always wore a smile on his face.

Revolinski, who perished in Tuesday’s house explosion and resulting fire in the Village of Rome, was a former fire chief of the Rome Fire Department who had served in that capacity for about 10 years.

“He would do anything for anybody — (he was) very, very helpful,” said family spokesman Kevin Broedlow, brother-in-law to Mike and Sharon Revolinski who had resided at the home destroyed in the blast. “He always had a joke for you if you asked him.”

Sharon, who escaped the explosion without injury, was gathered with her family Tuesday at the site located at the corner of Water and Milwaukee streets.

“Sharon wasn’t in the house at the time, so she escaped unharmed,” Broedlow informed.

He described Mike as someone who always kept everyone in the loop.

“He was the type of guy who would call you if there was a bad thunderstorm coming, things like that,” Broedlow said. “He made you aware of what was going on, stuff like that. Just a truly genuine person.”

Also, as a veteran Mike proudly served his country in the U.S. Army, he noted.

“He was a good guy who always wore a smile on his face,” Broedlow recalled.

In earlier years, Mike, who was 69, was a passionate outdoors enthusiast, he pointed out.

“He was an avid fisherman, an avid deer hunter — an all-around good guy,” Broedlow said.

At work in Milwaukee at the time of the house explosion, Broedlow heard the news secondhand.

“My wife actually called me and just said there was an explosion in Rome, close to Mike and Sharon’s house,” Broedlow said. “So, I left work right away and came to their house.”

The explosion, described as deafening by Rome residents, resulted in a dense, black plume of smoke.

Broedlow said the area fire departments all were on the scene and the fire was fairly contained, but “there was some smoke when I arrived.”

He declined to speculate as to the cause of the explosion, saying he’s certain “investigators will come up with that in the following days, but right now it’s just speculation.”

The Wisconsin Fire Marshal’s Office currently is the lead agency investigating the blast, thought to have been caused by a natural gas leak.

To Broedlow’s knowledge, no one else was injured in the explosion which obliterated the home. All that remains of the former residence is the concrete foundation and an adjacent garage that sustained some damage.

The explosion created a debris field which Broedlow estimated at “a couple hundred yards” in size.

Since the blast, the extended Revolinski family has been sifting through the rubble, salvaging what personal affects and belongings they can find. It’s a slow and tedious, heartbreaking process.

“Personal items, pictures — anything that’s salvageable, let’s say,” Broedlow said of the search for precious heirlooms. “Keepsakes, things like that for Sharon.”

However, he said, the family has not managed to recoup many items while sorting through the debris.

“Not really a whole lot (of items) — it’s pretty much all demolished from the explosion and the fire,” Broedlow said. “So, a few pictures here and there … that’s really about it.”

The cleanup effort will take a while before everything gets resolved, he said.

“Right now, it’s basically just family members assisting in the cleanup,” Broedlow said. “I would imagine it would be a little bit of a process before it gets all taken care of.”

The explosion has put tiny Rome in the media spotlight of late, but only out of tragic circumstances, he said, adding that community residents have stepped up to assist and express their sympathies to the family.

“It’s a super unfortunate incident, but the community has been really good so far — I mean, there’s been numerous people that have stopped by and just wanted to say they’re sorry and (send) their condolences, and offer their hand in any way that they can,” Broedlow commented.

The family has established a GoFundMe page “to help Sharon with personal belongings, essentials, things like that,” he said. “Because, basically, everything was lost.”

Emotionally, the family is holding up as best they can under the circumstances, the brother-in-law observed.

“It’s kind of a shock to us all, right now,” Broedlow stated. “(We’re) just kind of taking it day by day, leaning on each other for support, and remembering the stories of Mike at different times in our lives — holidays, birthdays — different occasions like that.

“Definitely, we’ll be leaning on our family in the near future,” he concluded.