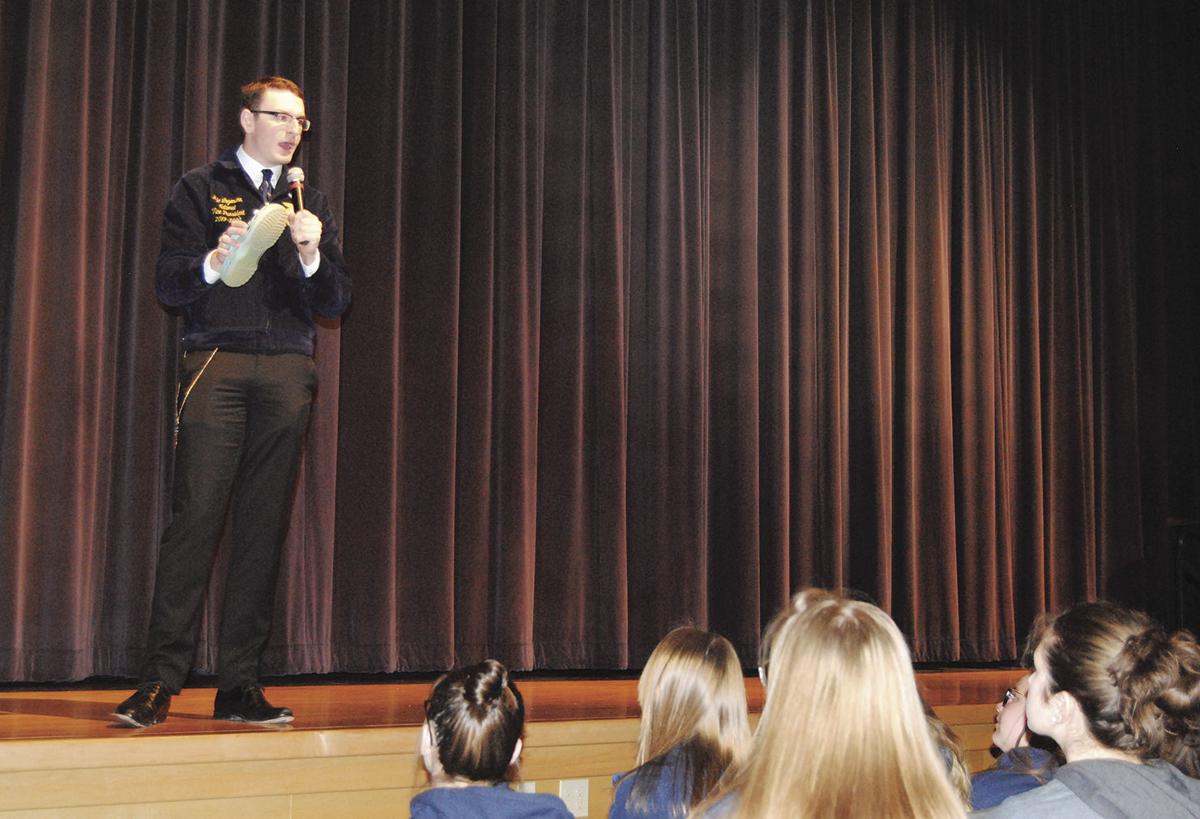 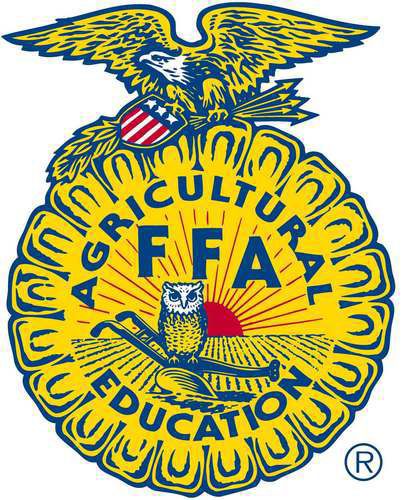 His message is to try. Lyle Logemann, National FFA Vice President spoke with Lake Mills FFA members Friday, March 13, saying FFA changed his life and made him into the person he is today.

“We’ve been traveling for the last three weeks. We’ve been all over the country Wyoming, Nevada, North Carolina, Alabama and then we came to Wisconsin. We’ve seen a lot.”

With the coronavirus issues going on throughout the country Logemann headed home to Portales, New Mexico, after his visit to Lake Mills, until April 1.

“It (FFA) has enabled me to have so many opportunities to travel throughout the country and see places like Washington D.C. and Japan. I never would have gone there if it wasn’t for FFA.”

He spoke of his FFA advisor, Mr. Savage, who taught him how to speak in public and brought him out of his shell, he said.

“He used to tell stories, anecdotes he would tie to his points every day.”

He told the story of a farmer who found an injured eagle.

Logemann said anything worth doing is worth doing poorly until you learn how to do it well.

“We live in a wonderful time, a time of convenience,” Logemann said. “My granddad was born 82 years ago. The same year the shopping cart was invented and now we don’t even have to go into Walmart to buy our groceries. We can drive into a shady parking spot behind Walmart, throw the groceries in the car, do a donut in the parking lot and we are out of there.”

The message, no matter how convenient things become, “We cannot lose the will to try.”

He asked his grandfather what the key to happiness was, “’He said, son life is a long and winding road that never turns. It’s amazing what you can do if you have just a little bit of try in you.’”

“Try is in short supply,” Logemann said in the world right now.

Students will face adversity in anything they want to do in life.

“There is always one more thing you can do to influence any situation in your favor and then there is another thing and another.”

He told students of his want to learn how to be an auctioneer. At first, he said when he had the opportunity, he chickened out and let it slip away, but he learned opportunities in life don’t come around that often.

“If I had a little bit of try in me I could do it. It wasn’t perfect, and it wasn’t professional, but it got the job done.”

He spoke of fear, specifically the fear of public speaking.

“That fear is always going to be there,” Logemann said. “I public speak all the time. I’m always nervous. It doesn’t matter how often you do it, you always get nervous. If you try it’s amazing what you can do.”