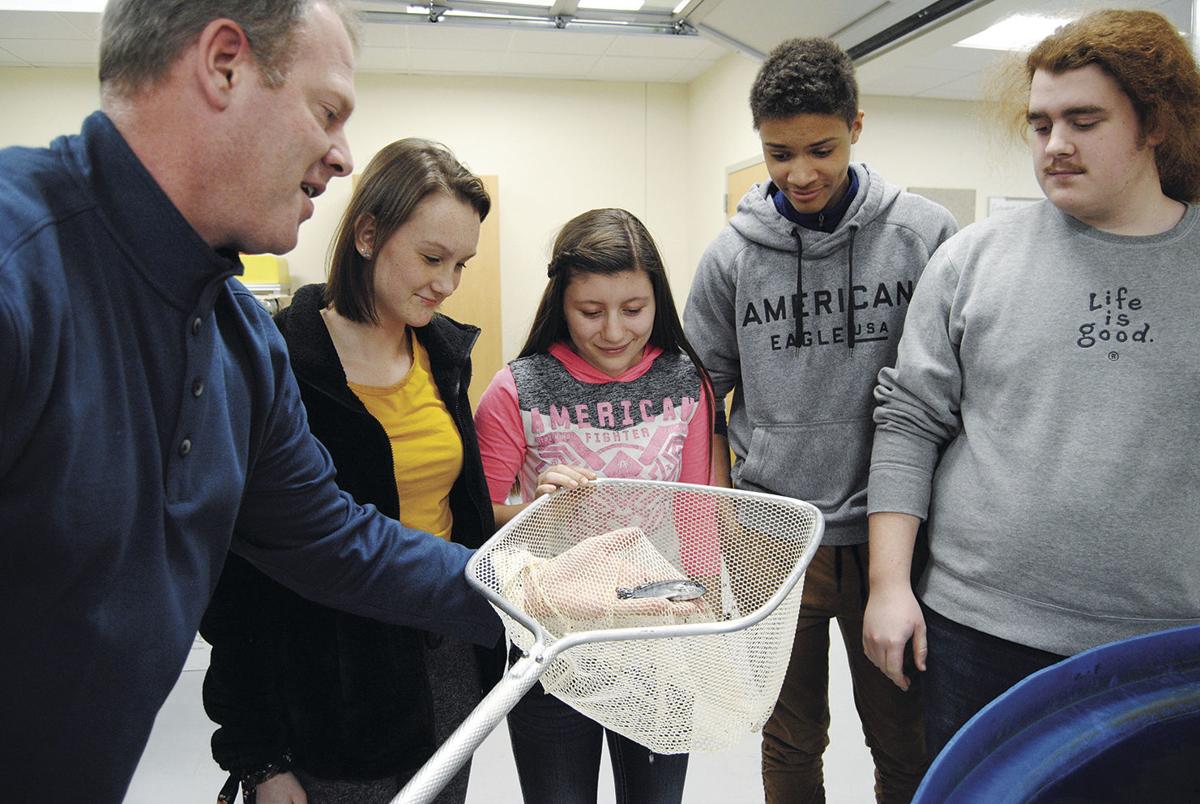 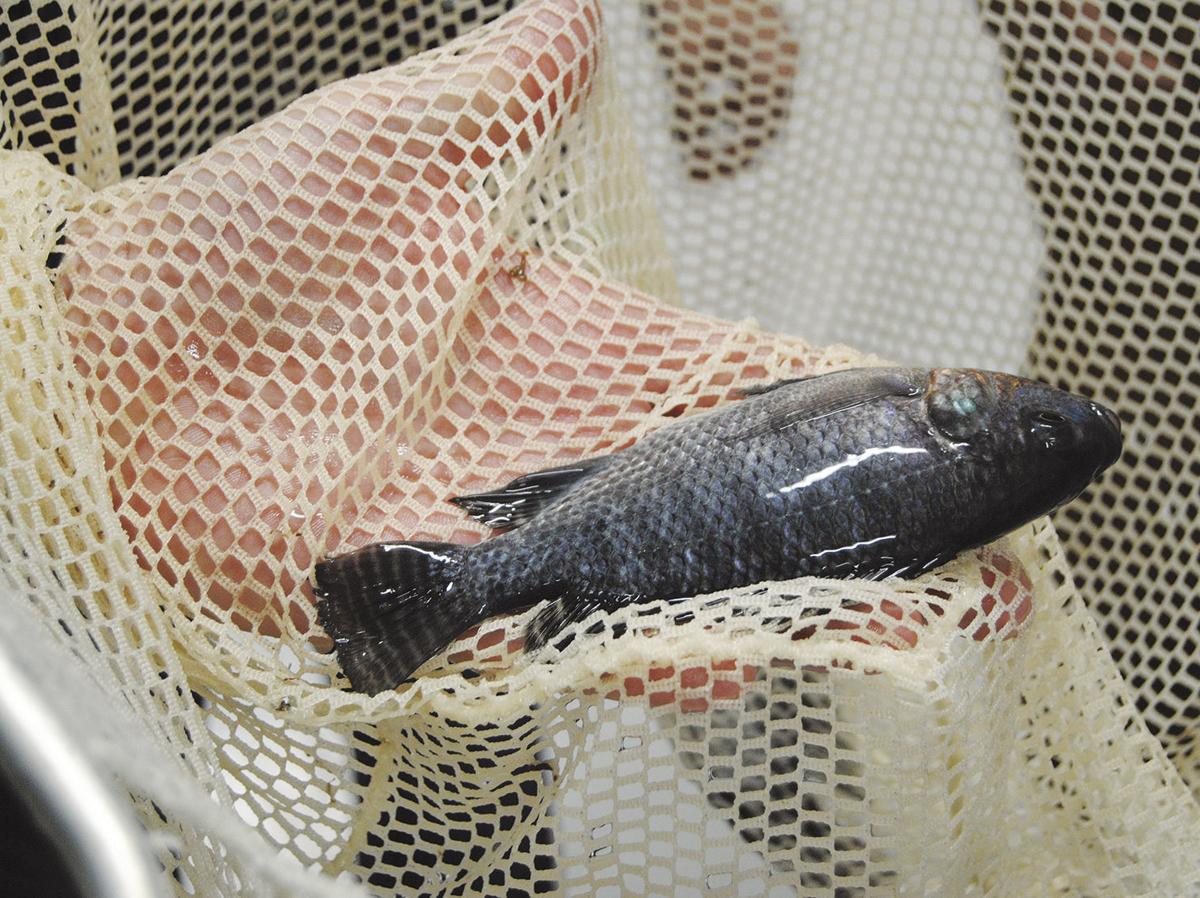 This tilapia should double in size before the end of the school year when the agriculture classes will learn to filet fish and have a fish fry. Prior to that students will measure and record changes in the fish. 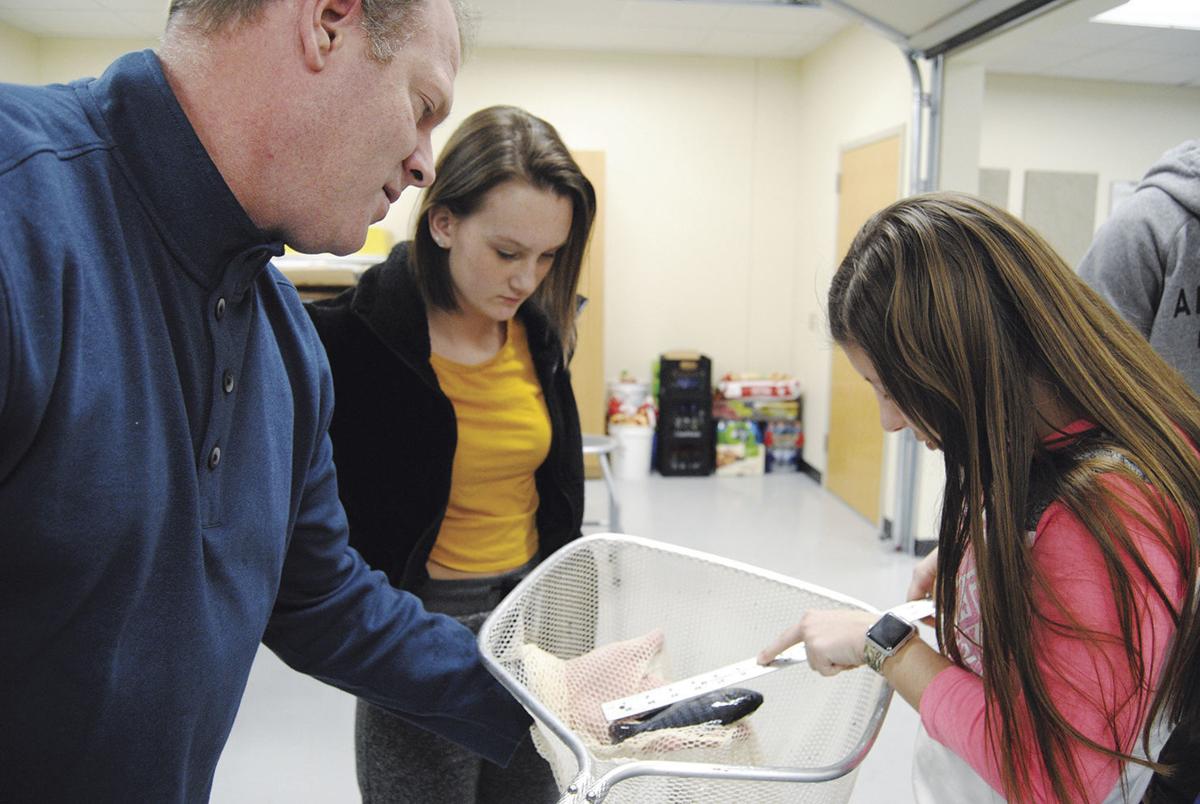 Luke Wiedenfeld, left, holds a tilapia in a net while Brook Engel, right measures the fish and Lexi Zimmerman looks on. 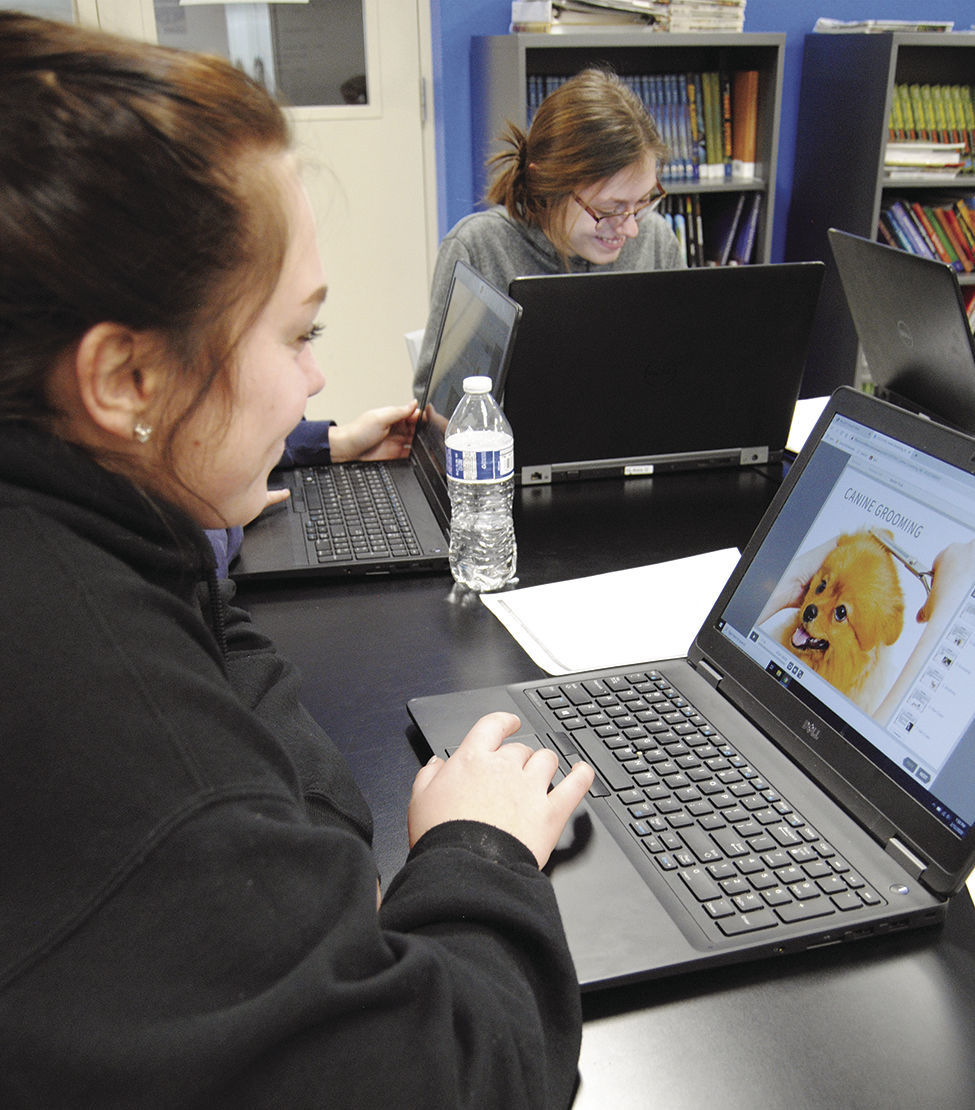 This tilapia should double in size before the end of the school year when the agriculture classes will learn to filet fish and have a fish fry. Prior to that students will measure and record changes in the fish.

Luke Wiedenfeld, left, holds a tilapia in a net while Brook Engel, right measures the fish and Lexi Zimmerman looks on.

Agriculture classes aren’t what you remember from high school. In the 84 years since FFA was founded in Lake Mills classes have evolved with time and technology.

The walk to the part of the school that housed FFA classes for many years is almost the same, instead of taking a left, students now turn right to the new classroom situated next to the new culinary kitchen.

As students walked into the room for class they pulled out their laptops and got to work on online software for the K9 unit in their veterinary science and companion animal science class last Wednesday in Luke Wiedenfeld’s agriculture classroom. Recently the students created pet ownership manuals, which he told students were really well done.

In the past students in the class have had the opportunity to bring in their pets to share about them. The class is relatively new Wiedenfeld said, this is only the second year it’s been offered.

In the back room a tank filled with 100 tilapia bubbled away. The fish, bought in January in Oshkosh, will be a project for students in multiple classes, measuring and collecting data to see how they grow and progress.

“In May we will see how the growth works out,” Wiedenfeld said. “We will have a fish fry and students will learn how to filet a fish, because many of them have never gone fishing before. It’s neat because some of the other students can be hands on teaching their classmates.”

With the new culinary kitchen right next door to the new ag classroom Wiedenfeld hopes they can have a whole dinner experience with the fish, working collaboratively with other classes in the school.

One of the fish caught and measured last week during the class was 6.5 inches long. It should double in size by the end of the school year.

“At the end of the year we actually go fishing to catch them,” said Brook Engel, senior.

The FFA Advisor applied for a grant to do some work to update the greenhouse and also mentioned a grant the Lake Mills FFA Alumni wrote for a small barn to house animals during the school day.

“It would be a hands-on animal lab.”

Agriculture classes are a foundation for the work that is done in the FFA organization. In Lake Mills there are over 100 students taking ag classes of those students 78 are members of the FFA, an increase of four students from first semester.

For students in the veterinary science and companion animal science class they had the option to use their skills learned in the classroom in the FFA Skills Veterinary Science Competition.

To celebrate FFA Week Feb. 23-29, the Lake Mills FFA Alumni will hold its Card Party and Silent Auction on Sunday, Feb. 23 at Lake Mills High School. On Monday, Feb. 24, the Lake Mills Culvers will be hosting a special “Thank you to Farmers Night” Monday, from 5 p.m.-8 p.m.

Students will also be having special dress up days and activities during the week at school.