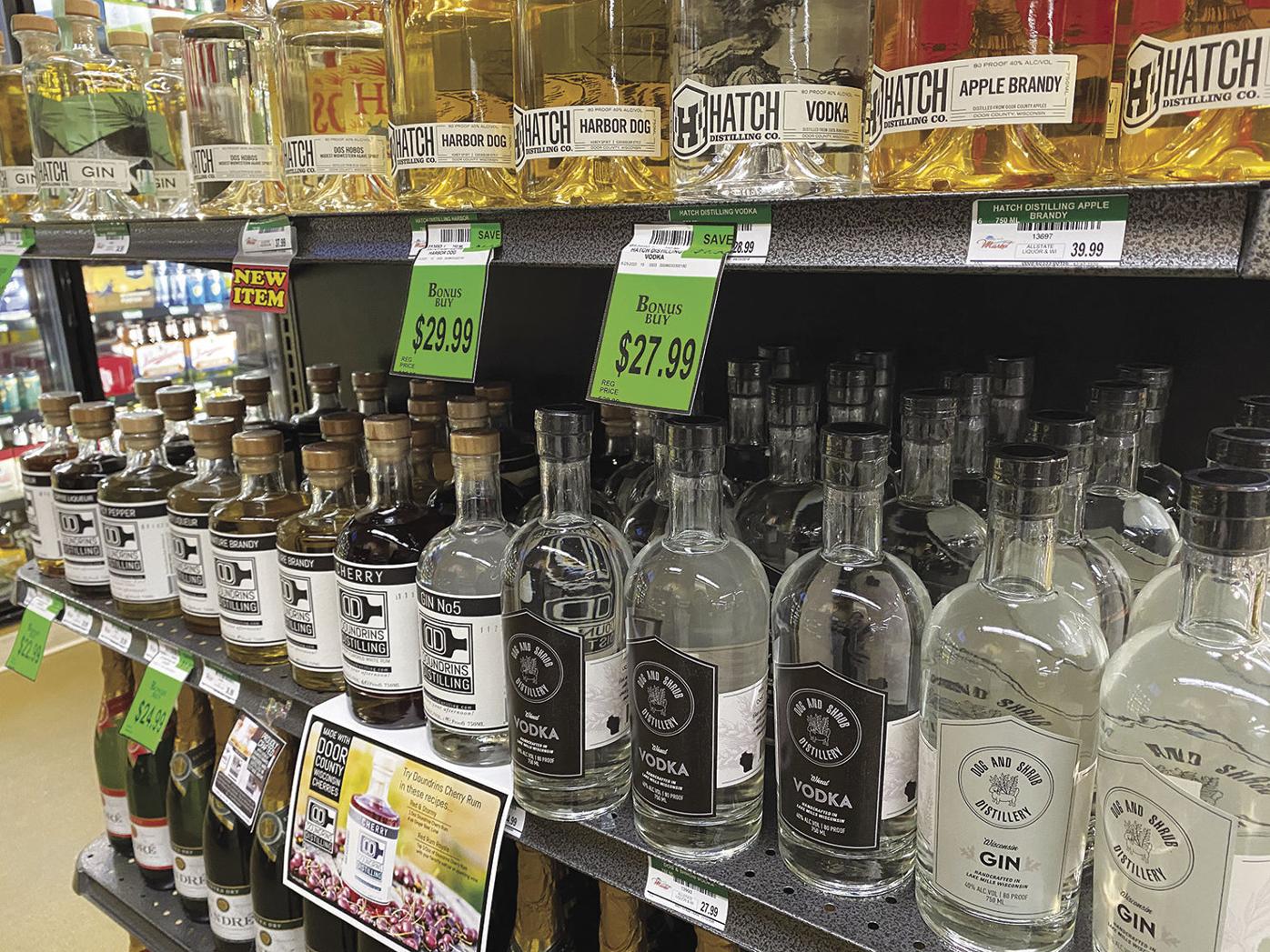 A shelf full of local spirits is seen at the Lake Mills Market.

A shelf full of local spirits is seen at the Lake Mills Market.

The pandemic has changed a lot about our lives including how we socialize and consume alcohol. Locally and across the country wine and liquor sales are up as more people are staying at home.

“Sale of Wine, Beer and Liquor have picked up significantly since the pandemic began last March. With limited options for individuals to consume alcohol, other than at home, demand at the grocery store grew,” Mitch Eveland, owner Lake Mills Market, told the Leader.

According to Ibotta, a free cash-back app that helps people save money, purchases of spirits and hard liquor are up the most with a 33% increase during the first part of the pandemic when compared with 2019 sales, followed by wine with a 12% increase. Beer sales overall were down with a few exceptions, according to the app.

This summer when there were more outdoor alcohol consumption options and Eveland said sales dipped slightly at his store.

Rob Campbell, owner and distiller at Dog and Shrub Distillery, said they were busier than they thought they would be this summer.

“Early on when the outdoor patio was open we were way busier than we thought we would be. I think people were looking for something local and outside to do,” Campbell said. “We’ve seen a slow down with the cooler weather, but they are still coming in just with smaller groups.”

“Once colder weather arrived sales jumped again due to limited options. Customers have been experimenting at home with different types of cocktails and mixed drinks. We have added quite a few new products to meet these new requests.”

Lake Mills has always had a local first attitude when it comes to products and it’s no surprise that applies to liquor sales as well.

The market for local beer, wine and liquor continues to grow at the Lake Mills Market, according to Eveland.

“Local has always been strong for us but has grown even more with the pandemic. Customers realize that purchasing local products has a multiplying effect in the community. We are fortunate to have so many local options for beer, wine, liquor and many food options,” he said.

Despite an increase in sales during 2020, 31% of Wisconsinites said in a recent Google survey they will reduce their alcohol intake in 2021, however 80% said they would drink the same or more in the event of another lockdown this year.

Many people reduce alcohol intake in January after the holidays as a sort of detox or a New Year’s resolution. However, following a challenging year in which many turned to alcohol as a coping mechanism for a multitude of situations, this month’s attempt at sobriety has added significance.

Campbell said they’ve seen less people this month, but it’s to be expected. The business has stayed busy enough and introduced several new products over the past several months.

“We’re not as slow as I thought we would be.”

The business is trying to be as socially conscious as possible during the pandemic. He also said their bottle and cocktail sales have been about equal in December and January.

Nielsen reported a 54% increase in national alcohol sales in the week ending on March 21, 2020, compared to the year before. According to a poll conducted in April 2020 involving 2,200 U.S. adults, 16% of adults admitted to drinking more since the pandemic started.

Doctors warn of the harmful side effects of drinking too much, too frequently.

“There are data to indicate people are drinking more than usual,” Dr. Mariann Piano, a substance abuse researcher, told the American Heart Association. “And there’s no question that drinking too much every day leads to an increase in health risks.”

Piano said alcohol also can lead to harmful interactions with prescription drugs, dehydration and poor sleep. It also affects brain functions such as memory, balance and rational thinking – a key factor when it comes to stopping the spread of the coronavirus, she said. “It can completely impair your judgment. I’ve seen bars where there’s no physical distancing happening, with people in clusters or lined up against each other.”

In the spirit of new year, the survey showed that 1 in 10 reassess their drinking habits every January to make some changes. When quizzed on their primary reasons for cutting their alcohol in 2021, 62% want to create healthier habits for themselves, 17% say it’s to save money, 12% say it’s to avoid hangovers, and 10% want to cut down as they’re worried about becoming too dependent on alcohol.

“Many intend for a new year to be a fresh start, and with last year being difficult for a lot of people, taking some time for introspection and reassessment is completely understandable,” said Brittney Morse, a licensed advanced drug and alcohol counselor and spokesperson for AlcoholRehab.com. “Some may have developed unhealthy coping mechanisms in response to situations faced in 2020 and are just now coming to the realization that alcohol and/or substances are now a significant part of their lives. If you notice that your relationship, or a loved one’s relationship, with alcohol or substances has become worrisome, now is the time to reach out for help. Online resources can aid in directing you to the best options that will allow you to begin your journey to recovery.”