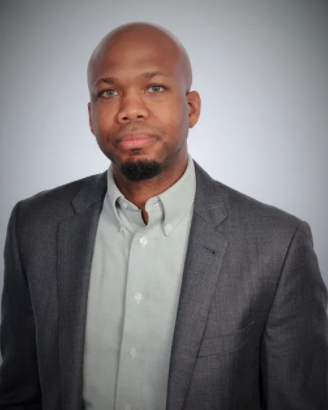 Henry Smart III is an assistant professor of public administration and policy at the John Jay College of Criminal Justice in New York. 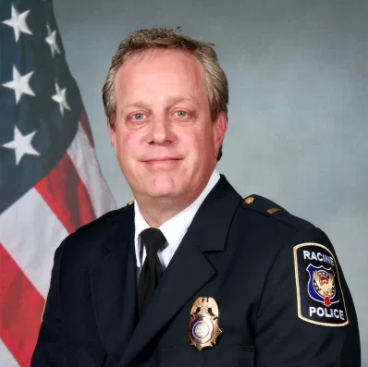 Steven Wagner, director of the Wisconsin Department of Justice Training and Standards Bureau. He was formerly an officer for the Racine Police Department.

Henry Smart III is an assistant professor of public administration and policy at the John Jay College of Criminal Justice in New York.

Steven Wagner, director of the Wisconsin Department of Justice Training and Standards Bureau. He was formerly an officer for the Racine Police Department.

More than a month after the death of George Floyd led to protests across the country, calls to reform police have reached the decibel levels of a thunderbolt. State Democrats have released several bills they say will improve policing in Wisconsin. So have some from the GOP.

But with the election less than four months away, Republicans who control the Wisconsin State Legislature say they are unlikely to call a session before next year.

At the federal level, a bill that would make relatively minor changes to police departments was blocked by Democrats in the Republican-controlled U.S. Senate, while a much wider-ranging bill that would make greater changes to policing passed the Democratic-controlled House of Representatives, but has little to no chance of passage in the Senate. The divide means it’s unlikely anything will happen at the national level, at least for now.

While it seems unlikely that legislative changes will occur anywhere anytime soon, in some ways, Wisconsin is already ahead of many states when it comes to policing. The Badger Project took a look at the laws and practices already on the books here.

Six years ago, when Wisconsin required outside, independent investigations of all police-related deaths, it was the first state in the country to do so.

In 2014, then-Gov. Scott Walker signed a bill ordering all police departments to establish a policy requiring deaths at the hands of a police officer be investigated by at least two people not employed by the department. The measure also allows for a second, internal investigation.

And the law mandates that investigators provide their report to the district attorney, who must release it to the public if he or she decides not to prosecute the accused officer.

Critics say the law for investigating police related-deaths in Wisconsin is weak, allowing cops to ask their friends from the department in the next town over to conduct the investigation.

Henry Smart III, an assistant professor of public administration and policy at the John Jay College of Criminal Justice in New York and a former Marine, said that in order to ensure fairness, these types of laws should include language that requires a truly independent investigation, one with “adequate distance from the police organizations.”

“If not, we will repeat past failures,” Smart said.

The federal bill House Democrats passed would do many things, including enact a nationwide “bad cop” registry to document officers fired for cause — a measure that would make it difficult for abusive or malicious officers to be hired by another department after being fired from one.

The Wisconsin Department of Justice launched its own “bad cop” registry in 2017.

Since then, nearly 600 officers in Wisconsin have been logged in the system, either for being fired, or for resigning during or after a misconduct investigation, said Steven Wagner, director of the Wisconsin Department of Justice Training and Standards Bureau.

Police departments must report the firings or resignations to his bureau, Wagner said, but state law does not require law enforcement agencies to check the registry before hiring an officer. It’s merely a resource departments can use to check an applicant’s background.

In addition, information on the fired or terminated police officers is publicly available through the state’s Open Records law, Wagner said. Many police union contracts across the country prohibit departments from disclosing any information on former employees, Smart noted. Wisconsin’s tracking and access to those records makes its regulations on policing “a step better than most,” he added.

One of the most frequent complaints against police is that they are quick to use force against citizens they are supposed to protect and serve.

In January, the Wisconsin Department of Justice sought to address that issue by announcing it would begin collecting police force incidents that resulted in deaths, serious injury or firearm discharges at or towards people.

Officers in Wisconsin are not taught to use chokeholds, Jim Palmer, head of the state’s largest police union, said last month on the public affairs program Two Bald Guys. Chokeholds are legal in the state, although the Wisconsin Professional Police Association supports banning them, and supports the creation of a national “bad cop” registry, Palmer said. Both were included in the stalled federal House bill.

All in all, the laws and policy in Wisconsin regarding policing are better than a lot of other states, Smart said.

“Give yourself a B,” he said of Wisconsin. “Because you’re trying, but there’s room for improvement.”

The Badger Project is a nonpartisan, citizen-supported, investigative journalism nonprofit in Wisconsin.