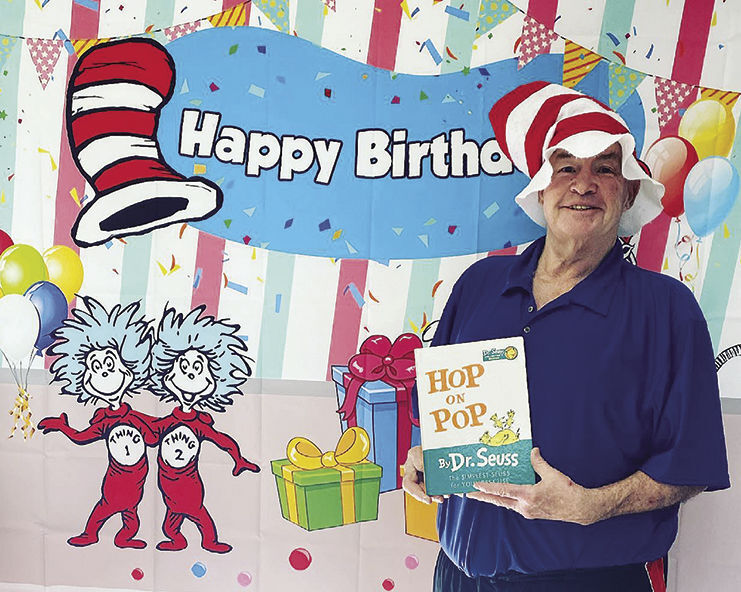 Daniel Martin is seen recently dressed up for Read Across America Day at Rock Lake Nutrition. 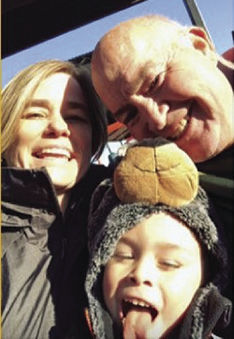 Daniel Martin is seen with his wife Linda and son Gavin.

Daniel Martin is seen recently dressed up for Read Across America Day at Rock Lake Nutrition.

Daniel Martin is seen with his wife Linda and son Gavin.

He has been a bright shining light for people all around Lake Mills and now his family is in need of a little bit of sunshine.

Daniel Martin of Lake Mills went to the doctor at the beginning of March for diabetic issues which led to a month’s long stay at UW Hospital. He’s had a blood infection; heart issues and a brain bleed as well as several strokes and a blood infection that has settled in his heart. Last week he had surgery to replace several heart valves and is improving according to his family’s Facebook posts, but he has a long road ahead of him.

Many know Martin as one of the smiling faces from Kwik Trip in Lake Mills, who always says, “See you next time.”

Rock Lake Nutrition, 324 N. Main St., has decided to do a fundraiser for Dan’s family during this difficult time. Dan was a regular customer, stopping in to buy tea for his wife Linda and himself.

“We are here to help and do a fundraiser because they would do the same for anyone,” said Kaia Dorn, owner of Rock Lake Nutrition.

The nutrition club is collecting donations all month long and will host a fundraiser Saturday, April 17 from 9 a.m.-4 p.m. and Sunday, April 18 from 10 a.m. to 2 p.m. All proceeds from sales and basket raffles as well as donations will go to the family on those days to help with medical expenses.

“He’s one of the kindest men I’ve ever met,” Dorn said. “He is one of the best people I’ve been honored to meet since opening this club.”

Dan, also known to many as Mongo, has been married to Linda for eight years. The couple has an eight-year old son Gavin. He is also stepfather to Alicia, Olivia and Lexi and grandfather to Daisy and Rosie.

The family says they take solace in knowing Dan’s life is in God’s control.

Dan has been involved in the community by being a coach for several teams and sports and was a member of the Lake Mills Fire Department.

Those who would like to help can donate a raffle basket at Rock Lake Nutrition or make a cash donation at the club.