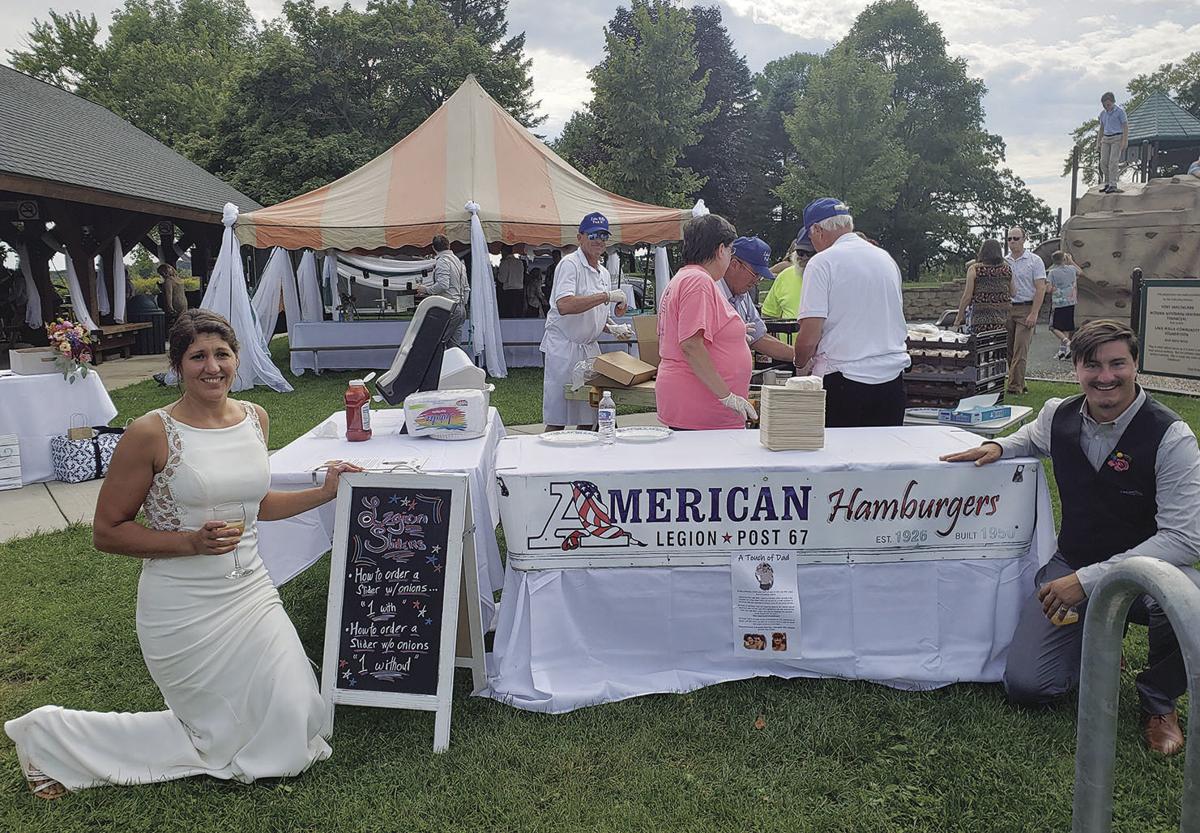 Ginger Davies and Edward Lang-Novak pose near the American Legion Post 67 table at their wedding where they offered sliders recently to honor Tom Davies. 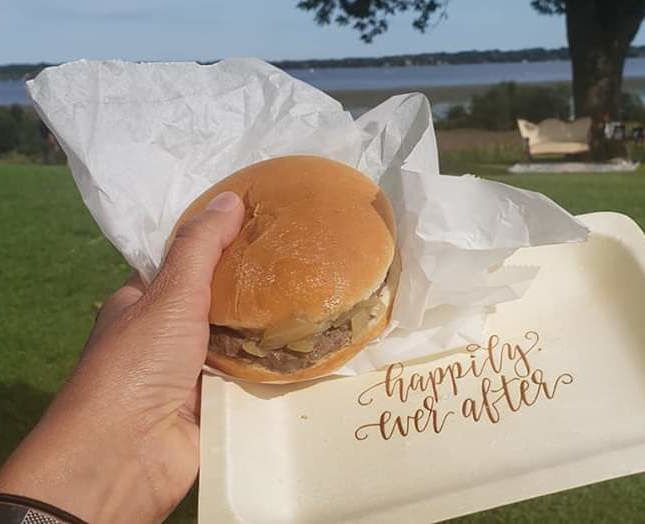 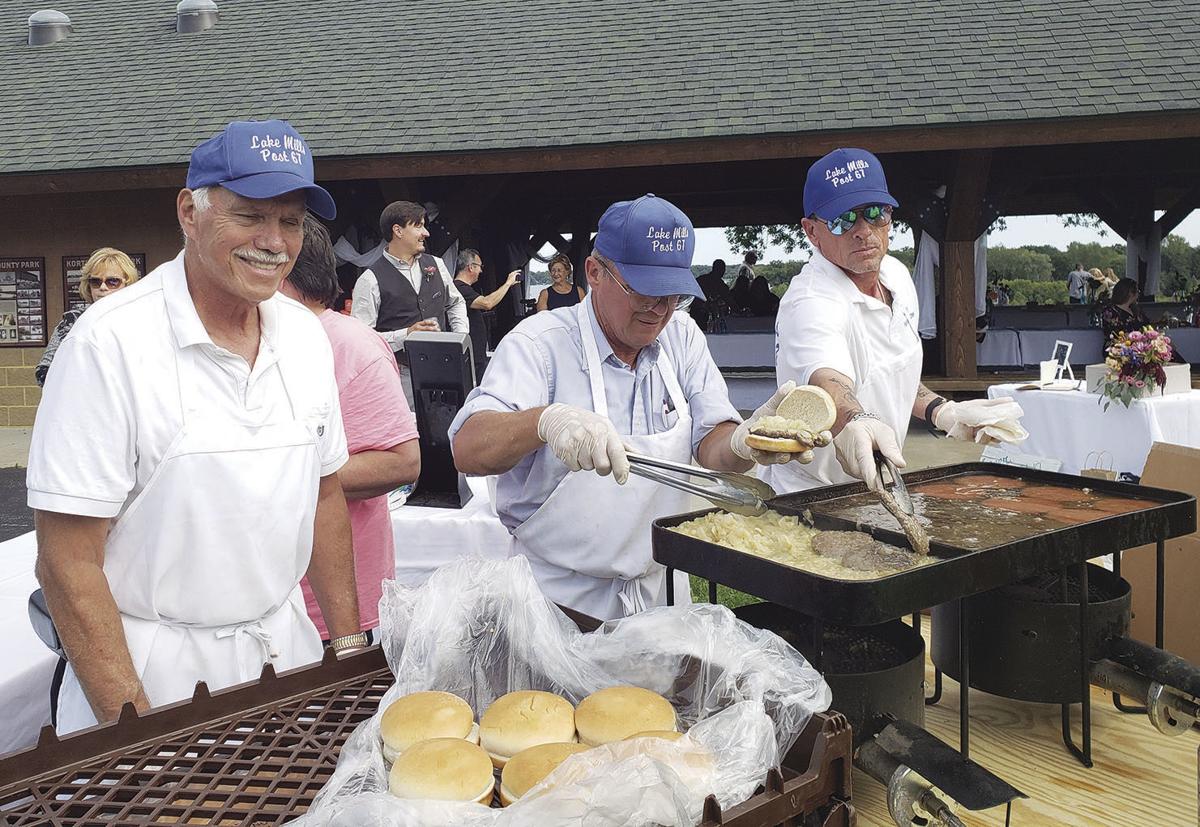 Members of the American Legion Post 67 honored the late Tom Davies at his daughter Ginger’s wedding recently by cooking up sliders. 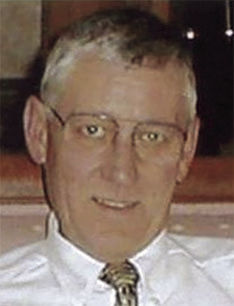 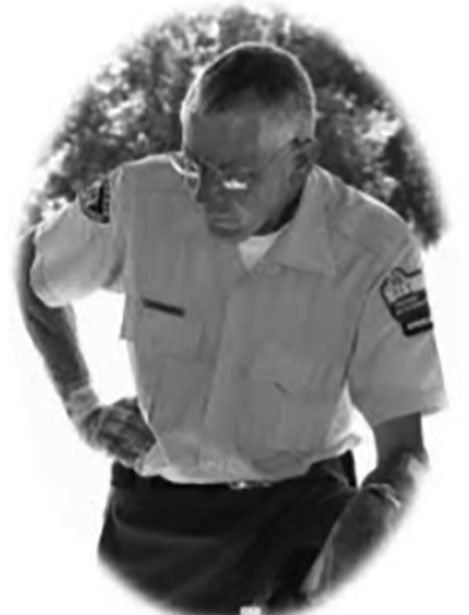 Ginger Davies and Edward Lang-Novak pose near the American Legion Post 67 table at their wedding where they offered sliders recently to honor Tom Davies.

Members of the American Legion Post 67 honored the late Tom Davies at his daughter Ginger’s wedding recently by cooking up sliders.

They honored Mr. Davies with a slider.

The American Legion Post 67 served sliders at a wedding Saturday, Sept. 14 for the first time in honor of the late Thomas Davies, better known to many students around town as Mr. Davies, but to Ginger and her sister Allison he was Dad.

Ginger, a member of the class of 1991 and her now husband Edward Lang-Novak offered sliders at their wedding at Korth Park in honor of the educator and Vietnam Veteran who was proud to serve the burgers on Friday nights with fellow Legion members.

“Friday afternoon, where was Dad? He was at the Lake Mils Legion Post 67 making sliders,” the family said.

Ginger and Ed wanted to remember him at her wedding with something special. Members of the Legion cooked and served up the sliders next to the shelter at the park.

“Although Dad is not able to join us physically at this celebration of Ginger and Ed’s union, we know he is always with us and we asked the Legion to join us in his honor,” a poster at the wedding read.

Davies, a 1965 Lake Mills High School graduate, served as a staff sergeant in the Army from 1969-70 and was awarded three bronze stars for bravery during the war. He is best known to many students as their seventh and eighth grade English teacher. He taught for 25 years.

Davies passed away in 2008 as a result of throat and lung cancer after being exposed to Agent Orange during the war.

“I think everything went perfect and it meant a lot to the family to have the Legion there to honor all veterans,” Wendy Davies, mother of the bride, said.

Davies was also the park manager at Aztalan State Park until his death in 2008 and was a very active member of the Vietnam Veterans of America Blackhawk Chapter.

Ginger is a registered nurse at Marquart Manor in Watertown and Ed is a property manager in Madison. The couple met at work and has settled in Lake Mills with Ginger’s daughter Calista.