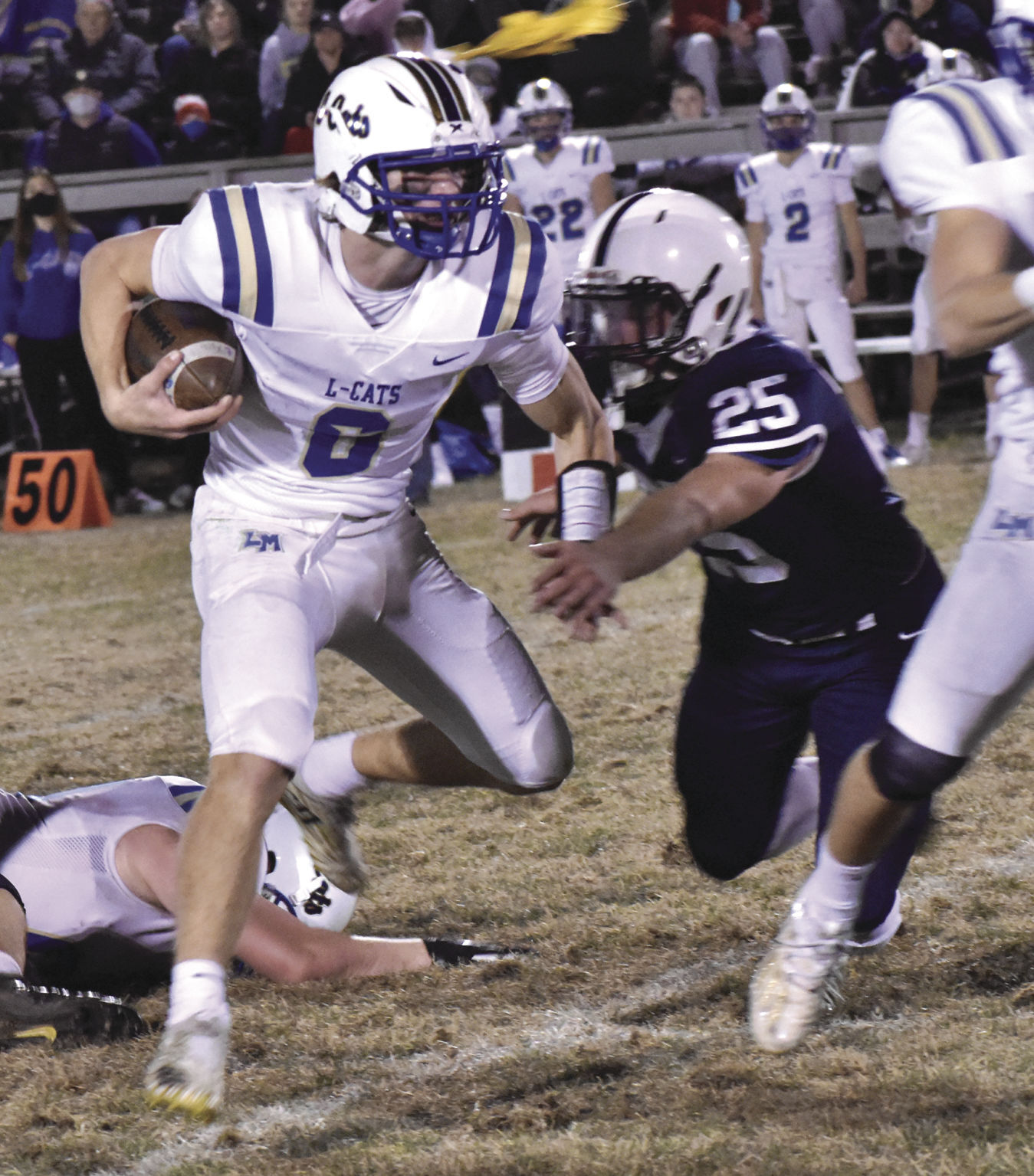 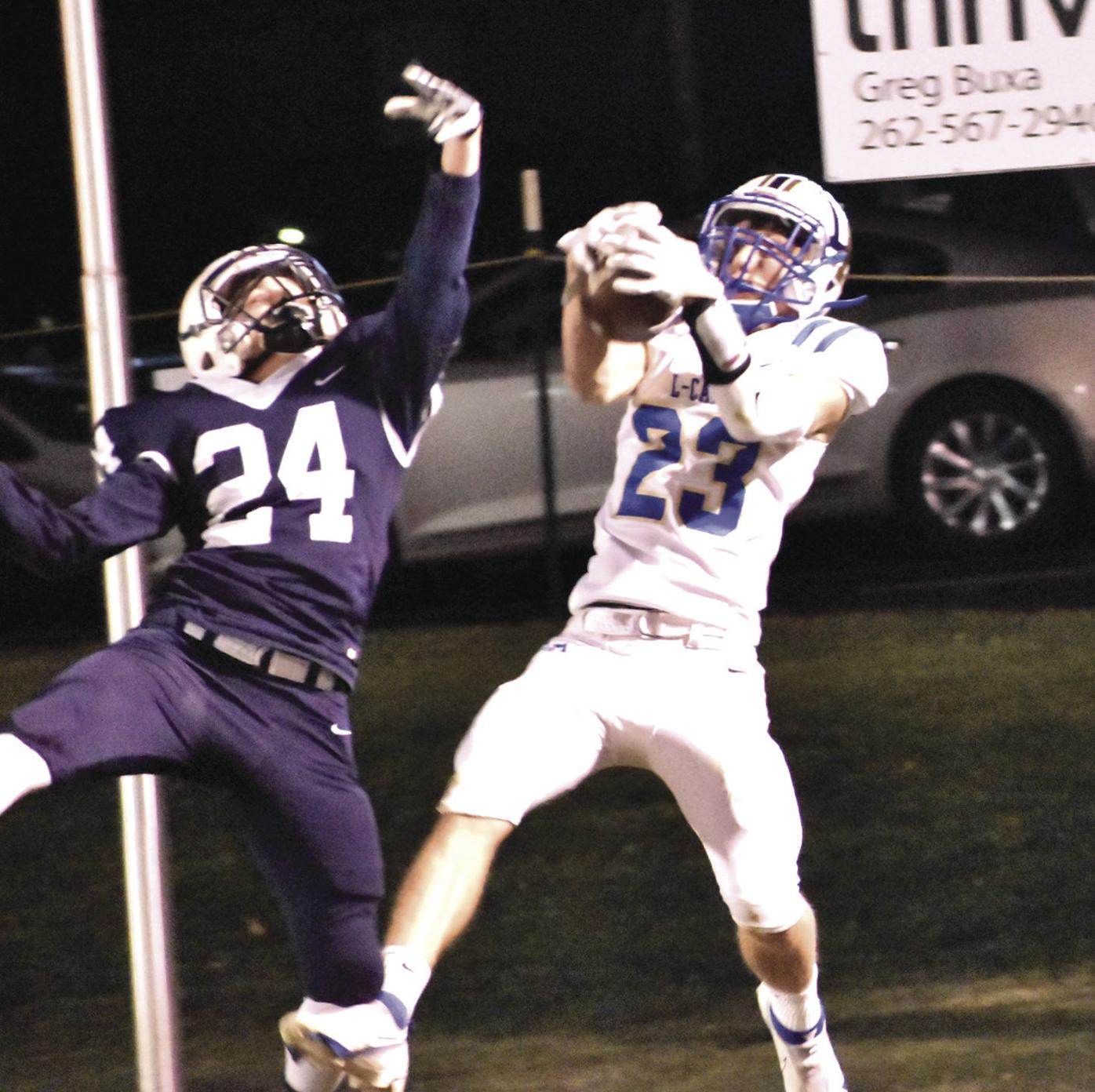 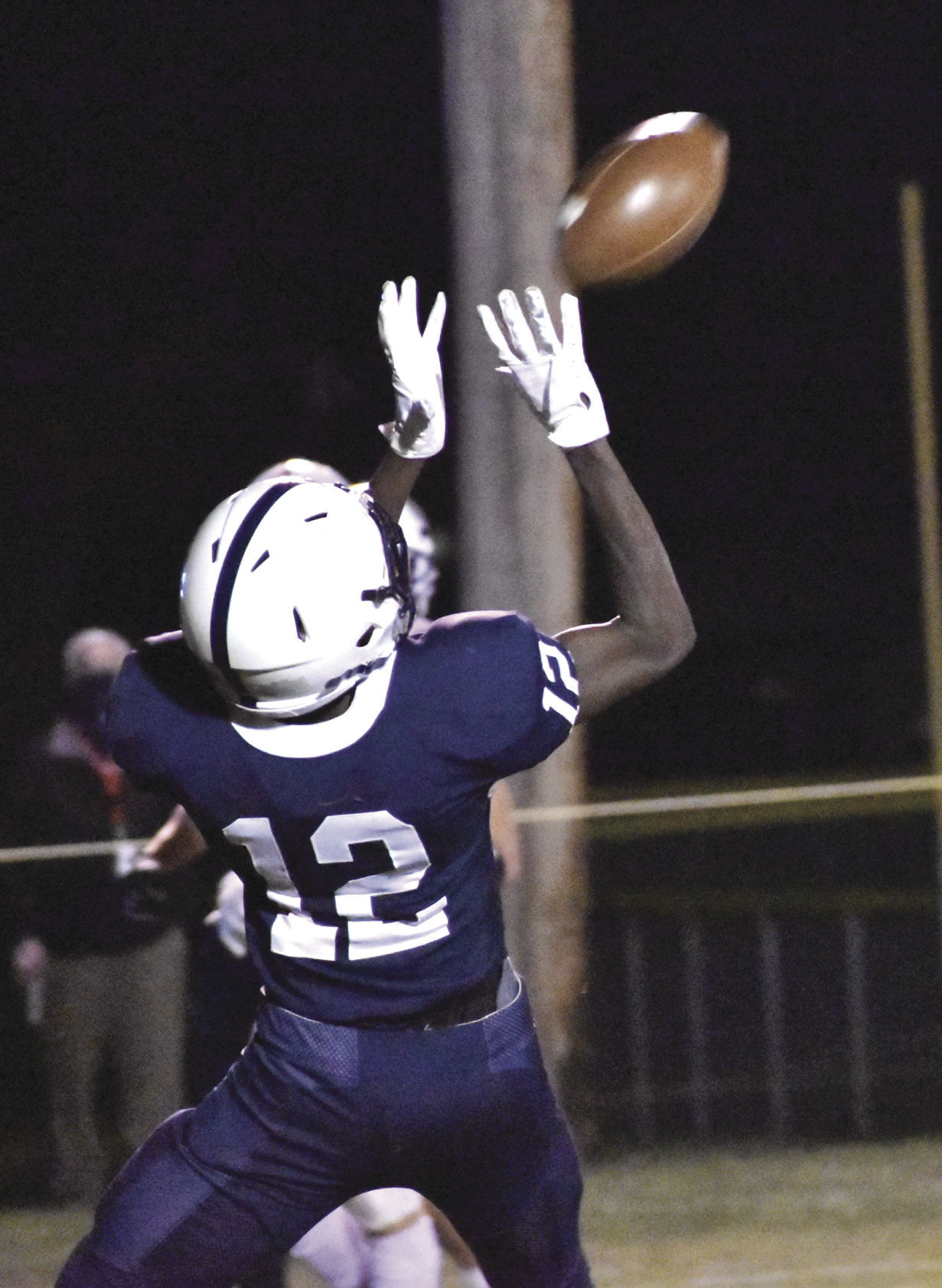 What a way to culminate the season.

Lake Mills and Lakeside Lutheran had already clashed to the tune of a 24-21 double overtime decision for the Warriors.

The L-Cats and their 11 seniors finish the season 7-2, having won four straight since the Oct. 23 setback versus the Warriors.

“It’s an insane feeling having lost to them earlier in the season to come away with a win,” Lake Mills senior quarterback Adam Moen said. “This was two great teams going at it. It’s an amazing feeling to come out with a win.

“Coming out with two wins in the playoffs, you can’t ask for anything more. Them letting us play these two games in the middle of a pandemic is a blessing.”

Moen went 22-for-34 for 239 with three touchdowns passes, hitting senior receiver Jaxson Retrum on a three-yard fade route in the back of the end zone to make it 21-7 with 2 minutes, 21 seconds left in the third quarter.

Lakeside (6-1) had no intentions of going quietly, blocking a punt and returning it to the seven-yard line. Senior quarterback Nathan Chesterman ran it in on the next play, but an errant snap led to the point after try being botched and the Warriors faced with a 21-13 deficit with 8:10 left.

After forcing a turnover on downs, the Warriors had it at their own 26 with 2:53 left and a pair of time outs.

Chesterman, who finished with 14-for-23 for 162 yards, engineered an efficient drive that was capped by senior wideout Tersony Vater making an 18-yard touchdown grab in the back of the end zone with 46 seconds left. The two-point conversion try was batted down at the line and L-Cat junior Michael Stenbroten recovered the onside kick to seal it.

“I’m just getting off the line, look back at my quarterback and see the linemen blocking for him,” Vater said of the touchdown. “Chesterman is in the pocket and throws it to me and I make a catch. I couldn’t have done it without the line and Chesterman throwing the ball.”

Both sides were grateful for the chance to compete this fall.

“We’re playing a cross-town rival, but if we’re playing anybody to allow these guys to be able to play right now in the times we’re dealing with is special,” Lake Mills football coach Tyler Huber said. “For the seniors to be able to do this and be out there is great. Five and 10 years down the road they have those memories. Some players and teams aren’t able to have them right now. To be able to give them that. There’s no words.”

“We have a good bunch of kids, close-knit bunch,” Lakeside Lutheran football coach Paul Bauer added. “You can tell by how they’re responding tonight, they just don’t want it to end. I think Lake Mills is going through the same thing. That’s another great group of seniors. We had fun, you hate to see it end. Give Lake Mills a ton of credit they played a great game tonight.”

Each side dropped a catchable ball in the end zone on their first drive.

Vater, who finished with seven catches for 102 yards, had a catch-and-run of 24 yards to push it inside the L-Cat 40. A holding penalty wiped away a 15-yard reception by senior tight end John O’Donnell. Three players later, senior Christian Schmidt’s punt bounced out of bounds at the three-yard line.

Junior wideout Michael Stenbroten had a grab of 34 yards and senior receiver Charlie Bender picked up eight. A holding call put the L-Cats behind the sticks before Moen completed a pass to Retrum and ran it for a yard, setting up 4th and 1 from the Lakeside 31.

Moen had good protection and launched a deep ball to Bender near the right pylon for a 31-yard TD to break a scoreless tie with 7:57 left in the second quarter.

“That was supposed to be a hitch,” Moen said. “I told Charlie to run a go because they had been playing the hitches. It worked out for us perfectly.”

Lake Mills junior defensive lineman David Bruce got a hand on a third-down pass by Chesterman to force a punt next.

L-Cat sophomore tailback JP Rugig gained 19 yards on the first play of the ensuing series before senior tailback Charlie Cassady picked up 25 on the ground.

Moen threw deep and incomplete to Stenbroten on fourth down to turn it over on downs.

Lakeside senior tailback Micah Cody slipped a tackler on a 22-yard grab to put it inside the 30 with 1:25 left.

The Warriors had a false start on 3rd down and 6 before throwing twice incomplete to give it back to Moen and Co. at the 29 with 1:00 to play before the break.

Retrum had three catches on the next drive, none bigger than a 25-yard grab with 2.2 seconds left on 3rd and 4 from the Warrior 28. Moen faked a handoff to Cassady before going over the top to Stenbroten for a three-yard score as time expired, pushing the lead to 14.

“We had to come out with some confidence offensively and I think we did that,” Cassady said. “When we needed big yards we were able to get them.”

The L-Cats went three-and-out to start the third quarter and Moen’s punt ricocheted out of bounds at the LM 29.

A Lake Mills facemask penalty extended the drive before Chesterman barreled up the middle for a nice gain to the six-yard line. Cody scored a few plays later to make it 14-7.

---This story will be updated.

"It's an insane feeling having lost to them earlier in the season to come away with a win. This was two great teams going at it. It's an amazing feeling to come out with a win. Coming out with two wins in the playoffs, you can't ask for anything more. Them letting us play these two games in the middle of a pandemic is a blessing."