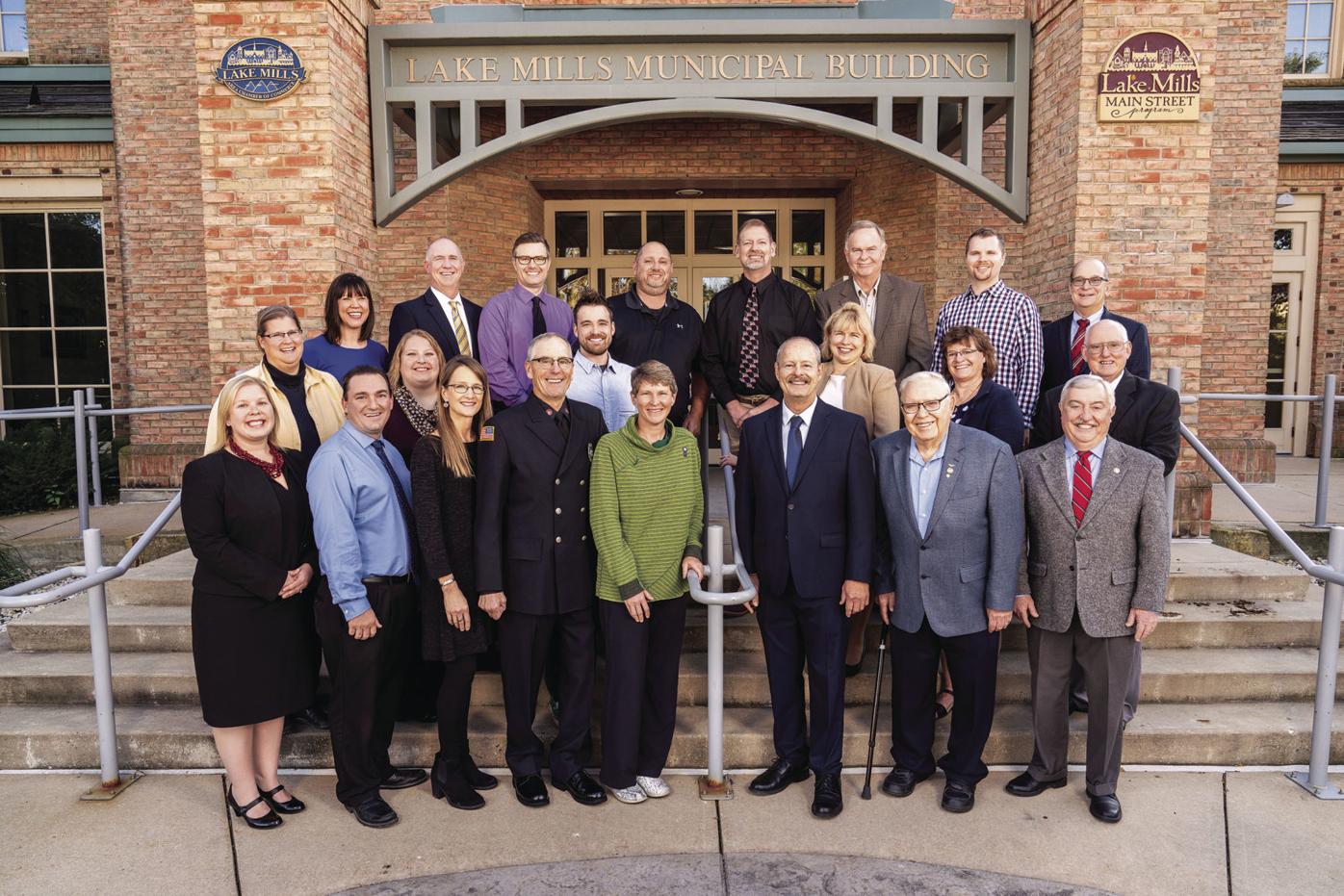 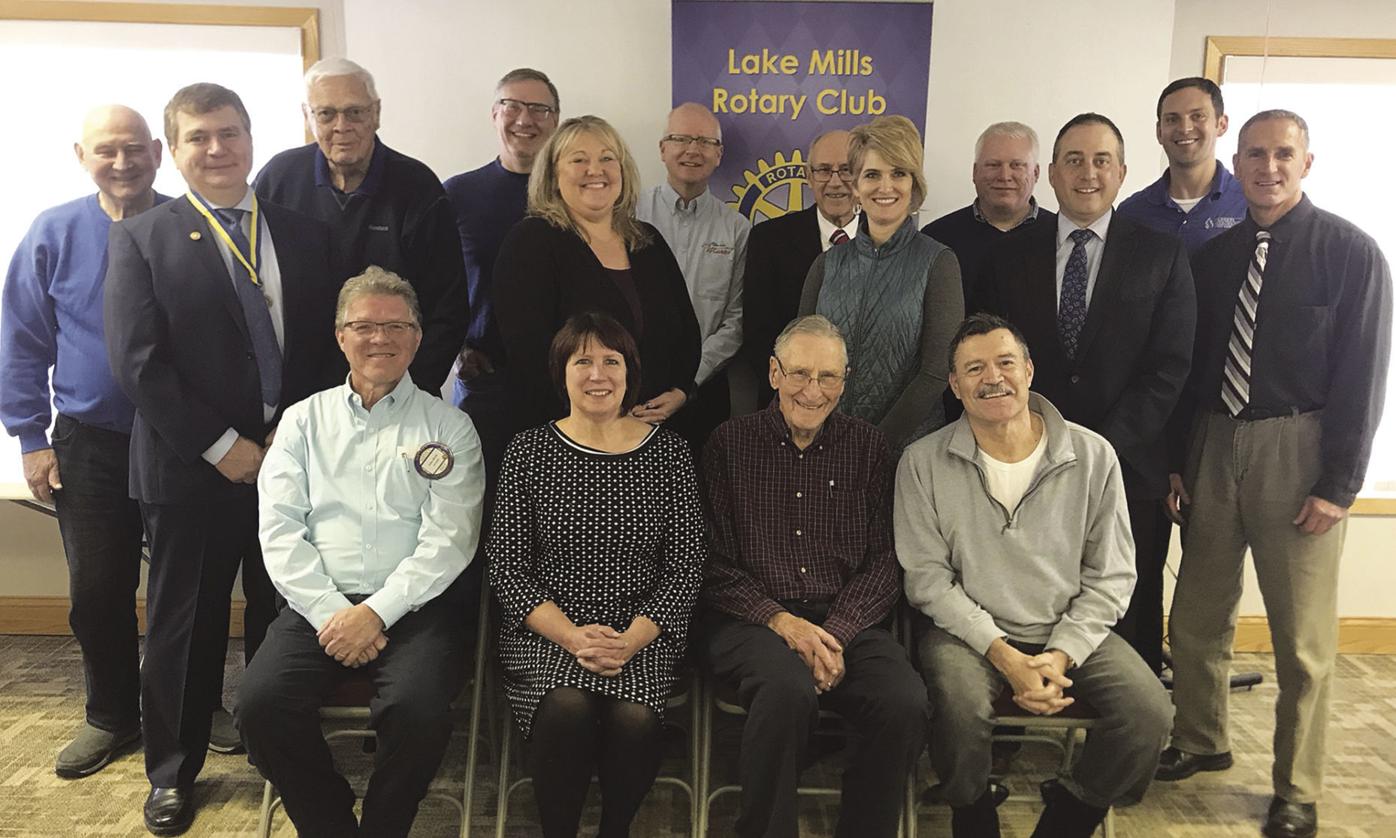 It’s been 65 years since a group of like-minded men decided to form a local group with the goal of “service above self,” making a difference in Lake Mills and the world. The Lake Mills Rotary Club held its first meeting in November 1954. The charter night program was held Dec. 7 at the Lake Mills Legion.

Even in those early days of the club speakers were an important aspect of the program Dr. Ansis Karps, psychiatrist at Bethesda Lutheran home in Watertown was the first featured speaker. Karps spoke of coming to America as a refugee from Latvia, to escape Communism.

Current Rotary President Dave Roedl, a Lake Mills native, has been with the club for five years. His interest in the club goes back to his high school days.

“I was a student Rotarian in high school,” Roedl said. “It was the fall of 1985 and John Litscher, who was the superintendent at the time was the designated Rotarian to drive me, pick me up at the high school and drive out to Pine Knoll for the meetings and we would talk about football and basketball.”

The club has been selecting student Rotarians, two from Lake Mills High School and one from Lakeside each month during the school year for years, going back to at least the 1970s.

What really made an impact on Roedl as a high school student was receiving a $500 Rotary scholarship when he graduated.

“That just always had an impact on me.”

He joined the club when he was invited by John Black, owner of Countryside Jewelry to come, but Roedl says anyone who is interested in becoming a member of Rotary is welcome to join.

“We would love to have people come to learn more about us and make a decision.”

For Roedl the chance to make an impact on a high school students’ life, like was made on him was an important aspect of him joining the club.

“When I think about the impact of what the club has done over 65 years, obviously it’s the scholarships.”

Over the years the club has given graduating high school seniors thousands of dollars in scholarships. This year he expects to give out even more scholarships than years past.

When he joined the club was exclusively for men. Women didn’t join the club until the early 1980s.

Roedl says the best meetings are the ones where they hear about the high school students and their goals and aspirations.

“It’s so inspiring to hear them talk about their hopes and dreams and ambitions.”

Rotary has been involved in numerous community projects over the years including Rotary Park, the playground at Wallace Park, planting trees around the community and other projects around the world. Rotary is an international organization and each year the club choses a project that affects a community in need somewhere in the world. Much of the money donated for those projects may start with a small local donation, but by the time it is matched at the state, national and international levels through grant projects in Rotary International the funds can really make a difference.

To Roedl, who works in insurance and is a member of the school board, Lake Mills was a great place to grow up.

“I wanted to be able to be a part of that opportunity for all the kids who grow up here,” he said. “Rotary is a club that has met that mission in Lake Mills and has done things that make Lake Mills a better place to live and there are some really good people in the club.”

Not only does the club make an impact on Lake Mills but the impact is felt internationally.

“We can do something on a bigger scope and be able to help people we may never meet, and know we’ve done something good. We always say, put your time and talents at the disposal of the club and you never know what you can accomplish.”