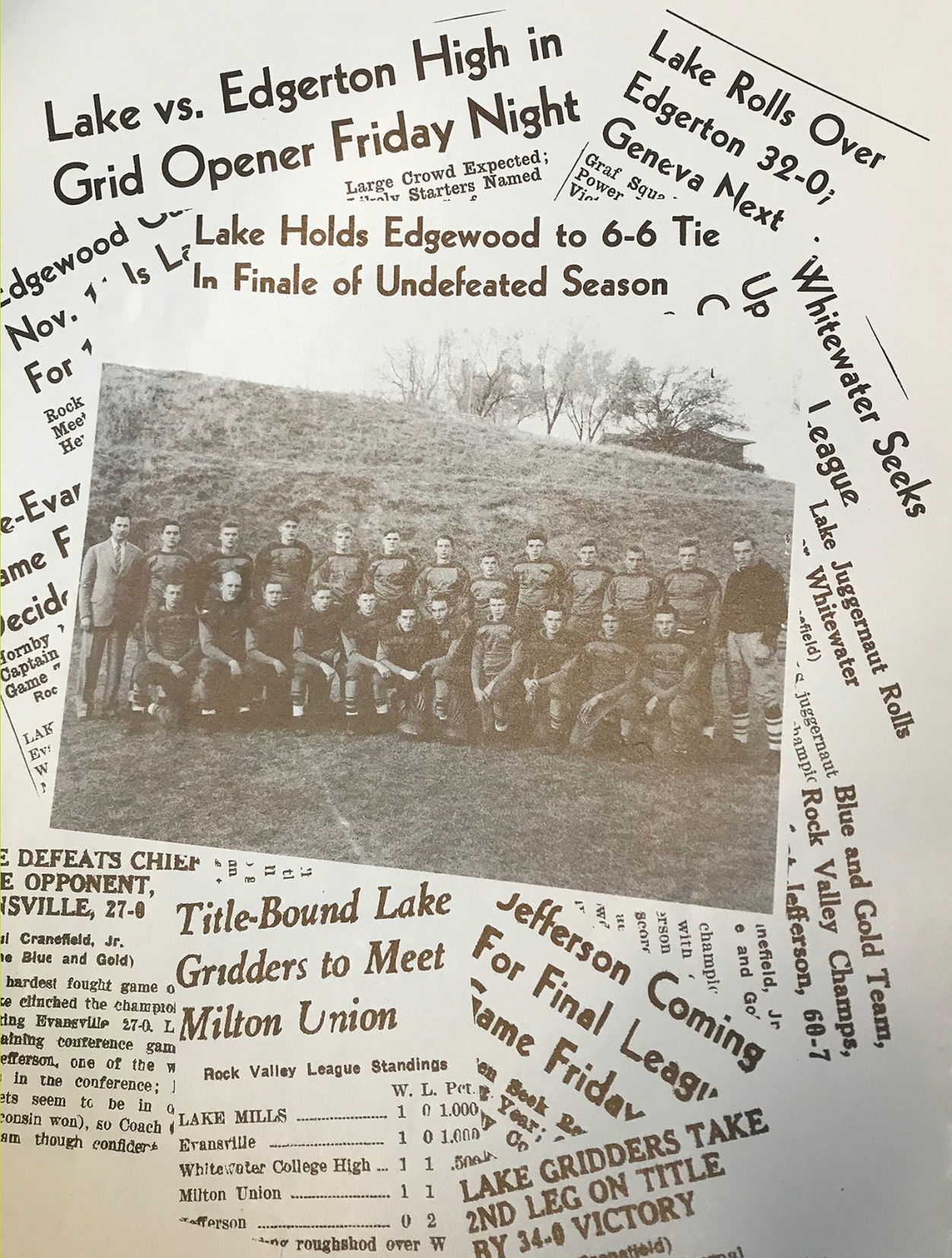 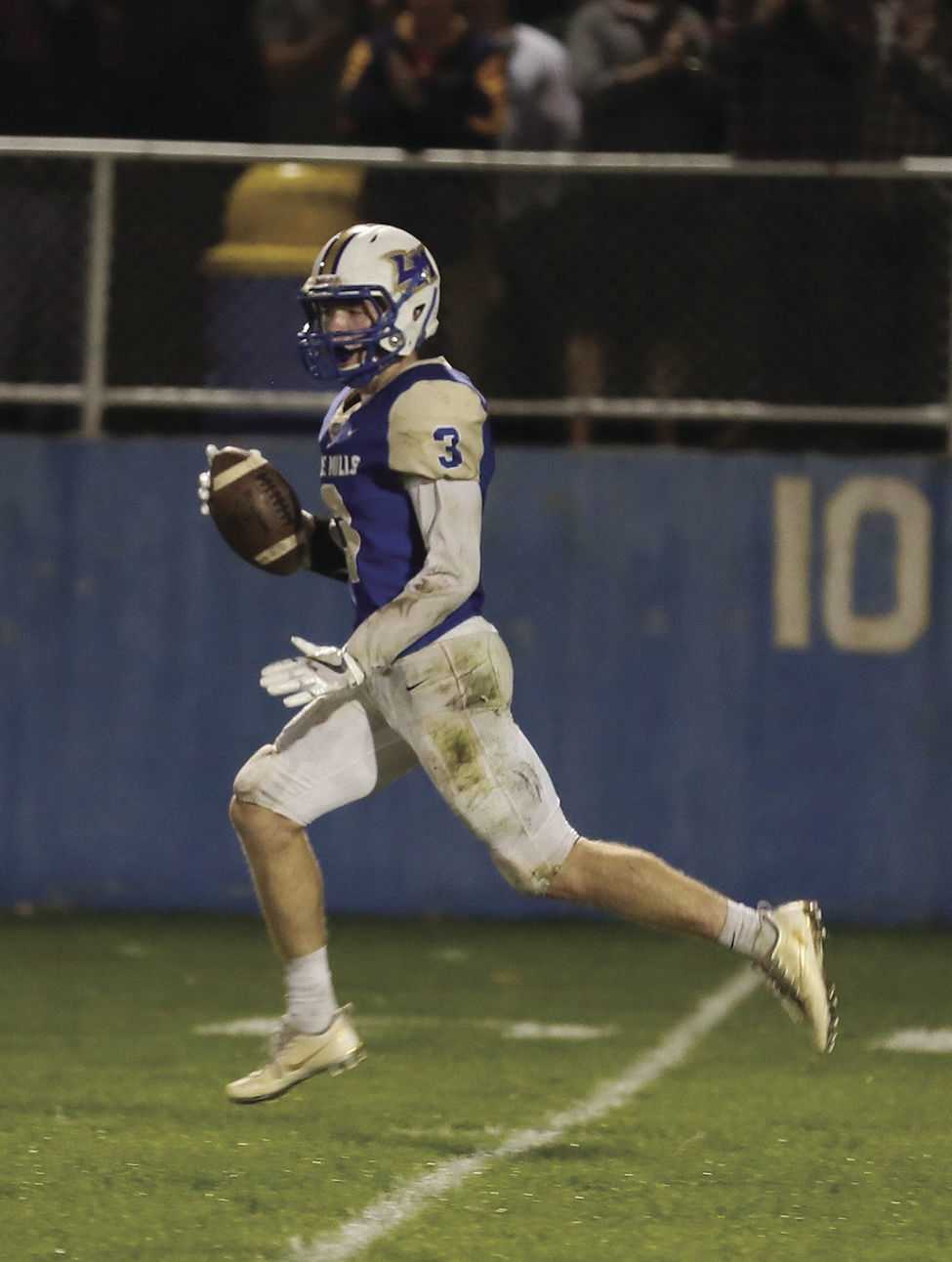 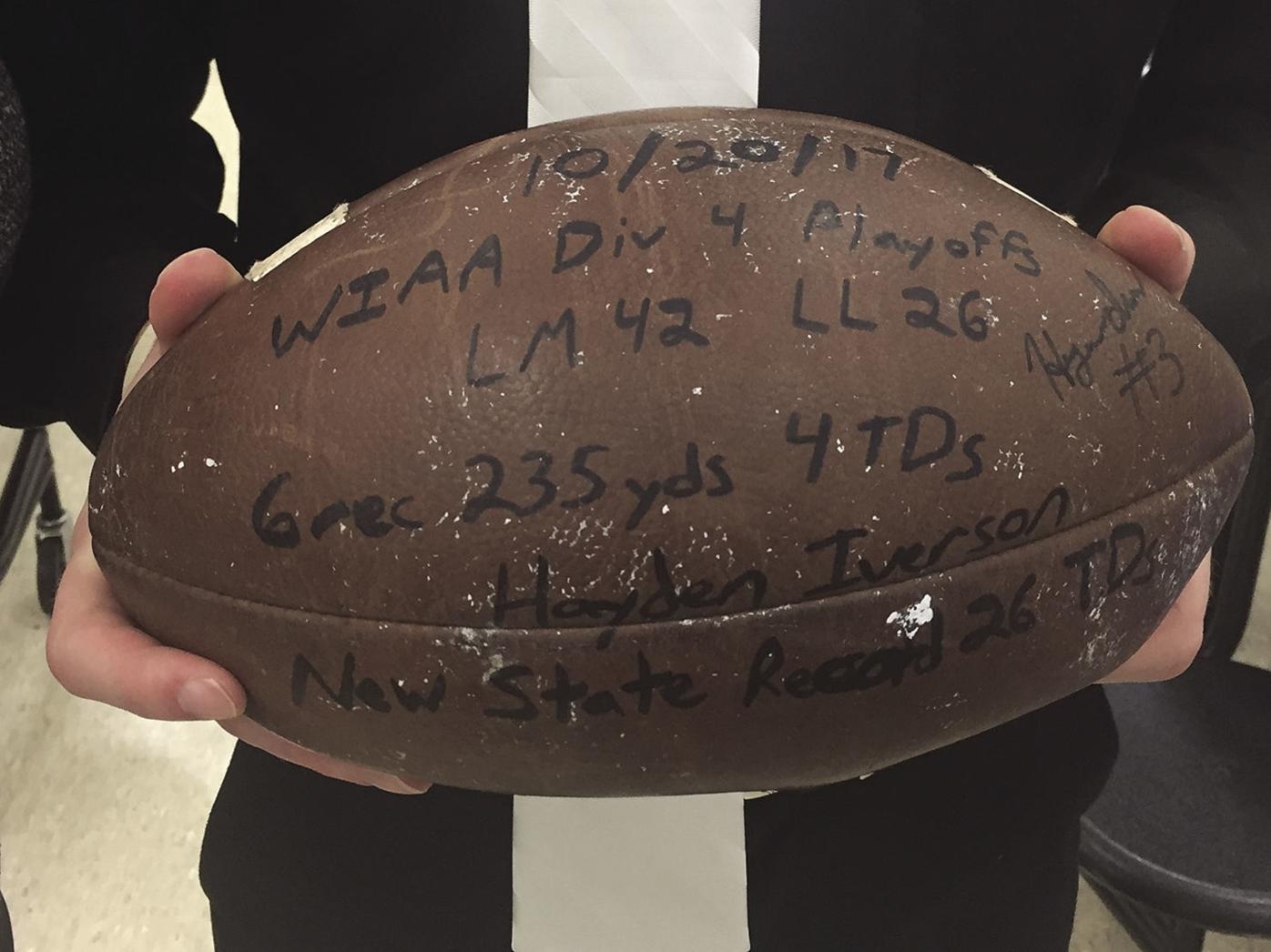 The field will still be used for baseball and as an extra outdoor play area for middle school students and other community uses.

The new field is near comletion after a November 2018, $2.49 million referendum was passed by voters in the Lake Mills Area School District.

According to the late Dr. Roland Liebenow, Football in Lake Mills dates back to 1879, but the first high school team wasn’t formed until 1896.

During the first season only one game was recorded on Thanksgiving Day against a team from the University of Wisconsin.

Liebenow wrote, “At that time the Leader editor was not favorably impressed with football.”

In the days before Campus Field the games were played at Fargo Field, a general sports area at the eastern village limits of East Lake Street.

In 1907 the school board allocated $200 to fill in the marshy ground at Campus Field. In the first game Lake Mills beat Johnson Creek 5-0. At that time the west end zone was still an active gravel pit.

In 1921 Lake Mills was undefeated and coached by 1914 team captain Phil Falk. The 1923 team was promoted as a state champion by the Milwaukee Journal after scoring 209 points to their opponents 17 in seven games. At the time the team was known as the “Golden Horde.”

Also, in 1923 the field had to be bailed out with buckets after a two-day rain before a game.

Lake Mills joined the Rock Valley Conference in 1927, finishing third, the team was called the “Blue and Gold.”

In 1931 the team was once again called the “Golden Horde.”

In 1933 the first night game was held with Lake Mills beating Evansville 39-0. The team was known as “The Gold.” They won the championship that year.

To go along with the school construction in 1934 Campus Field underwent extensive reconstruction as a part of the WPA project, reconfiguring the field from north/south to east/west.

In 1935 players were required by the WIAA to wear helmets and in 1937 the team was known as the “Golden Avalanche” for several years.

One of the most successful Lake Mills teams of all-time dates back to 1949 when Harley Graf, future Hall of Famer, coached. He returned from World War II and won the RVC Championship using the “Flying Z” offense. The post season banquet held in the school gym was attended by 700 people, 150 buying standing room only tickets. The master of ceremonies was OA Wodke, president of Greenwood State Bank and member of the 1897 football team. Bob Petruska was named All State for the second-year in a row.

In the early 1950s modifications were made to the field including new elevated bleachers and lights. The team also moved to several new conferences in those years.

In 1987 and 1988 the team had back to back undefeated seasons winning the Capital Conference crown. They also won their first three playoff games. The team was then coached by former quarterback Glenn Schuenke.

In 2017 the team qualified for the playoffs again, competing in the quarter finals with a 10-2 record. Hayden Iverson broke a state record for receiving touchdowns in a single season at 27 TDs.

In 2018 the L-Cats again qualified for playoffs with Adam Moen breaking a school record with seven passing touchdowns.