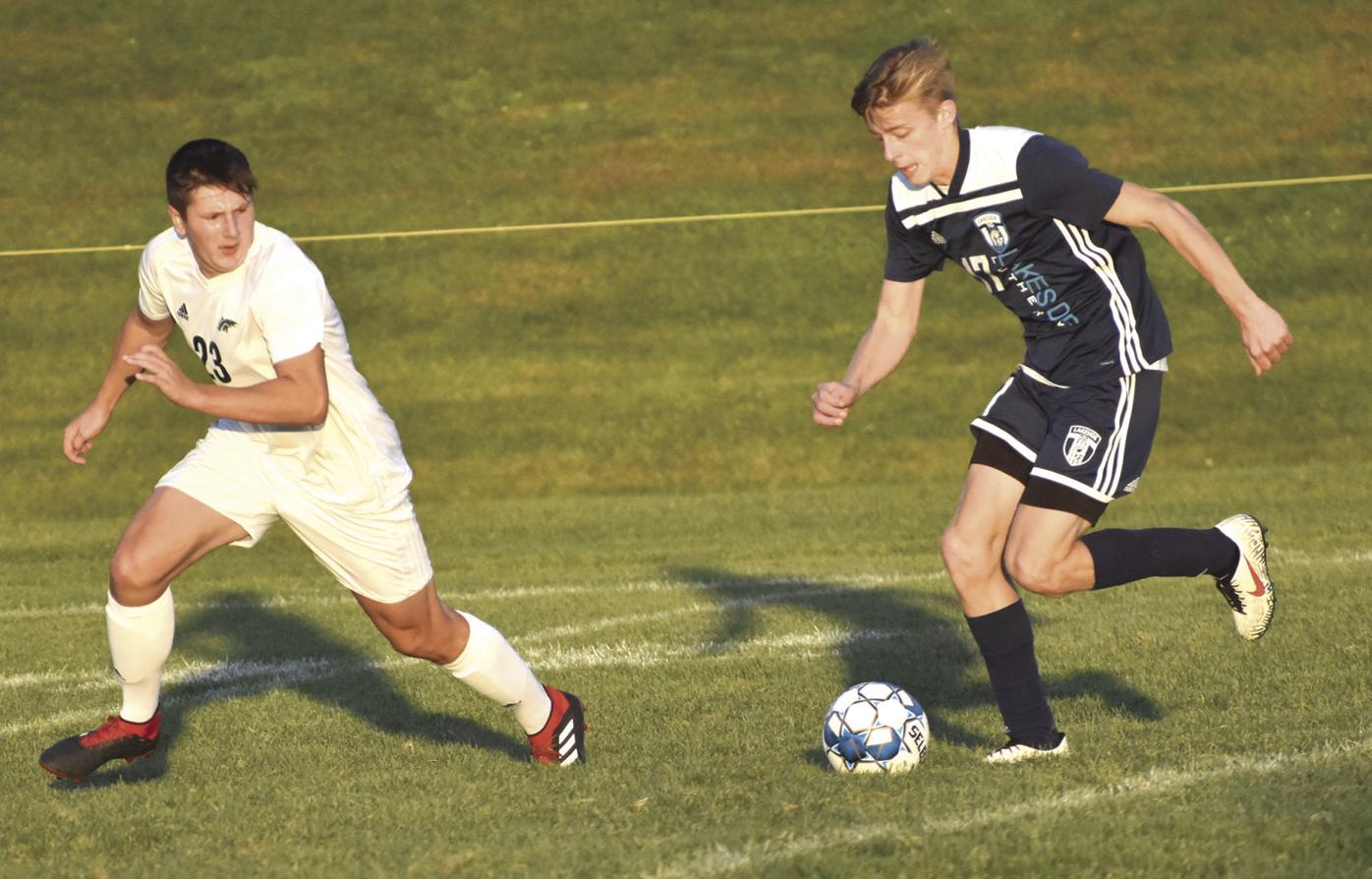 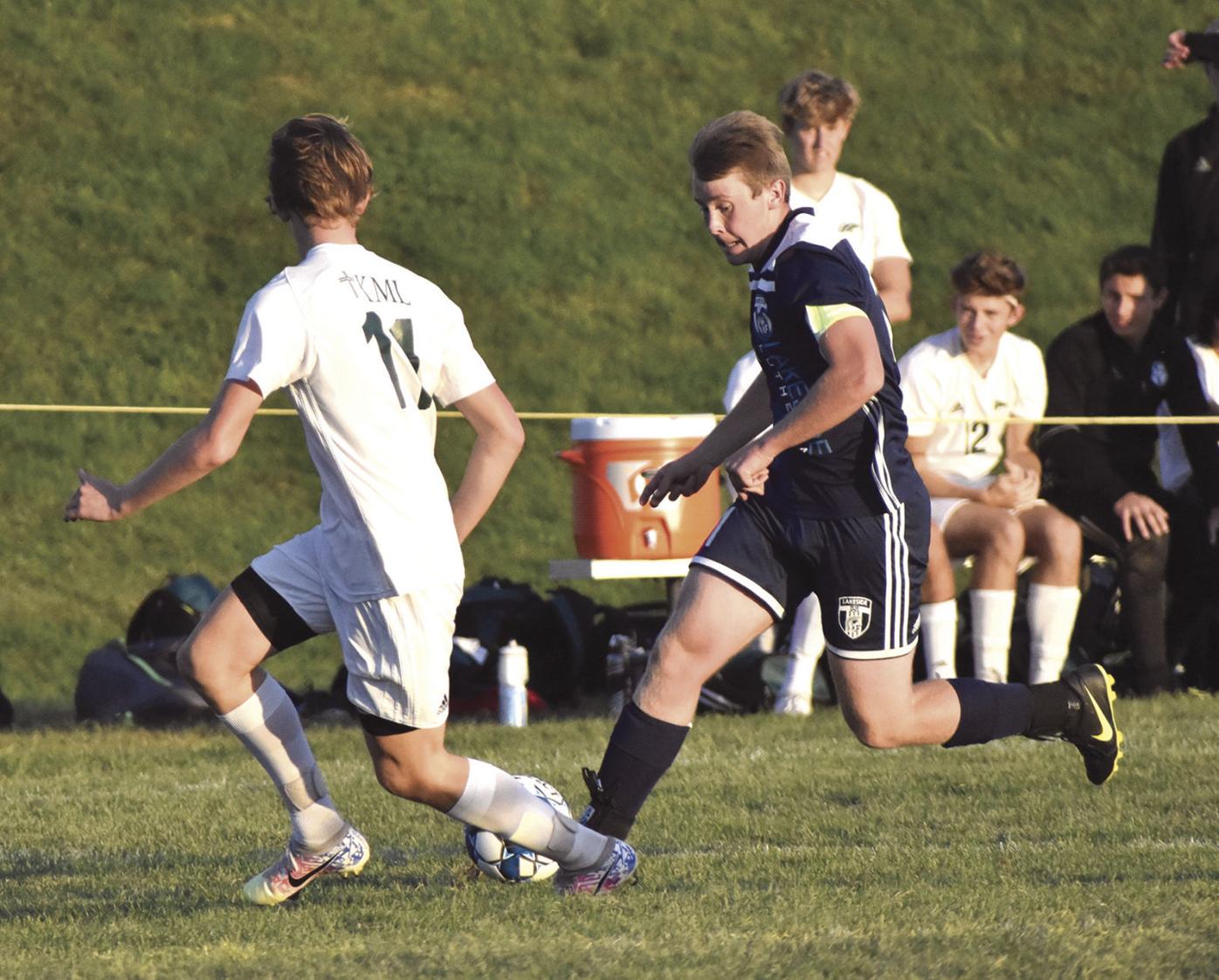 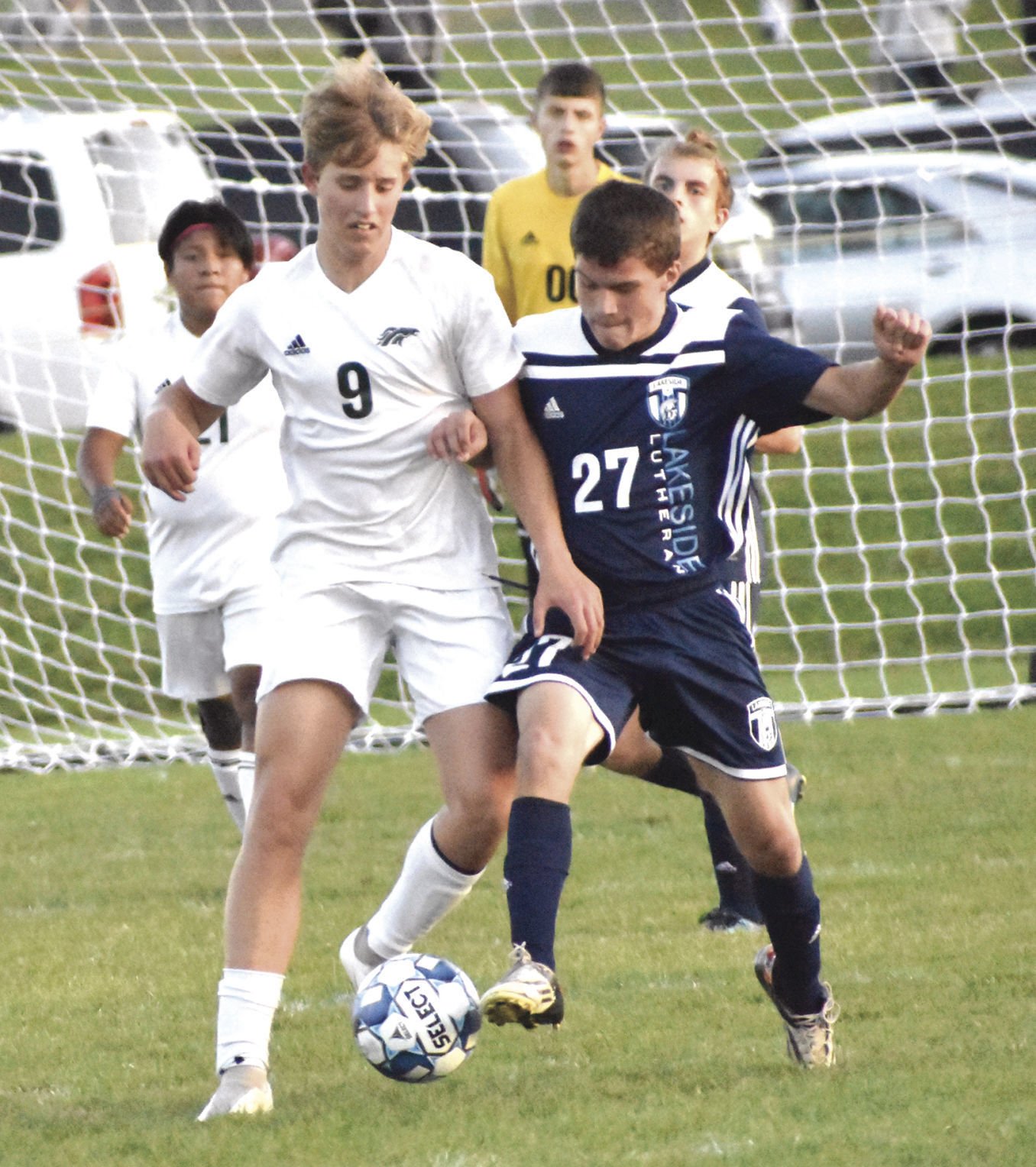 Kettle Moraine Lutheran scored twice in the first 13 minutes before adding a late goal in a 3-0 nonconference victory over Lakeside Lutheran at LLHS on Oct. 6.

“Our team came out timid to begin the game and it cost us two early goals,” Lakeside Lutheran boys soccer coach Eric Dorn said. “It’s hard to dig out of a hole like that, but our guys were still able to get some chances in the first and second halves after we settled down.”

For KML (7-0-0), Jack Leffel scored in the 10th minute before Hunter Schroeder found the back of the net three minutes later.

Jonah DuFor scored in the 87th minute to make it 3-0 for the Wisconsin Soccer Coaches Association Division 2 fifth-ranked Chargers.

“Our team realized they could play with this solid Kettle squad, but weren’t able to string together enough positive things to net a goal,” Dorn said.

Nine different players found the back of the net during Lakeside Lutheran’s 10-0 Capitol Conference victory over Hustisford/Dodgeland Monday at Wild Goose Parkin Juneau.

“We came out controlling the game from the start, but weren’t sharp enough finishing our passes for the first ten minutes,” Lakeside Lutheran boys soccer coach Eric Dorn said.

Lakeside (4-4-1, 3-3 Capitol) scored its first goal of the game at the 11th-minute mark with a score from Nate Krenke. Carter Roekle was credited with an assist.

“Then we were able to keep the goals rolling,” Dorn said.

The Warriors scored five more goals in the first half, with junior Kyle Main scoring twice in the 15th and 18th minutes. Ethan Schuetz recorded a goal in the 16th minute, while Graham Hatcher put one away in the 19th minute. Tyler Gresens scored in the 37th.

Roekle recorded two assists in the half.

Pierre Schulz opened up the second half with a score in the 47th, while Roekle got a goal for himself in the 57th.

Ryan Punzel scored in the 62nd off a penalty kick and Darren Schuster scored his first-ever varsity goal to end the game. Mason Eckhardt had an assist on the play.

The Warriors peppered 26 shots on goal on the day.