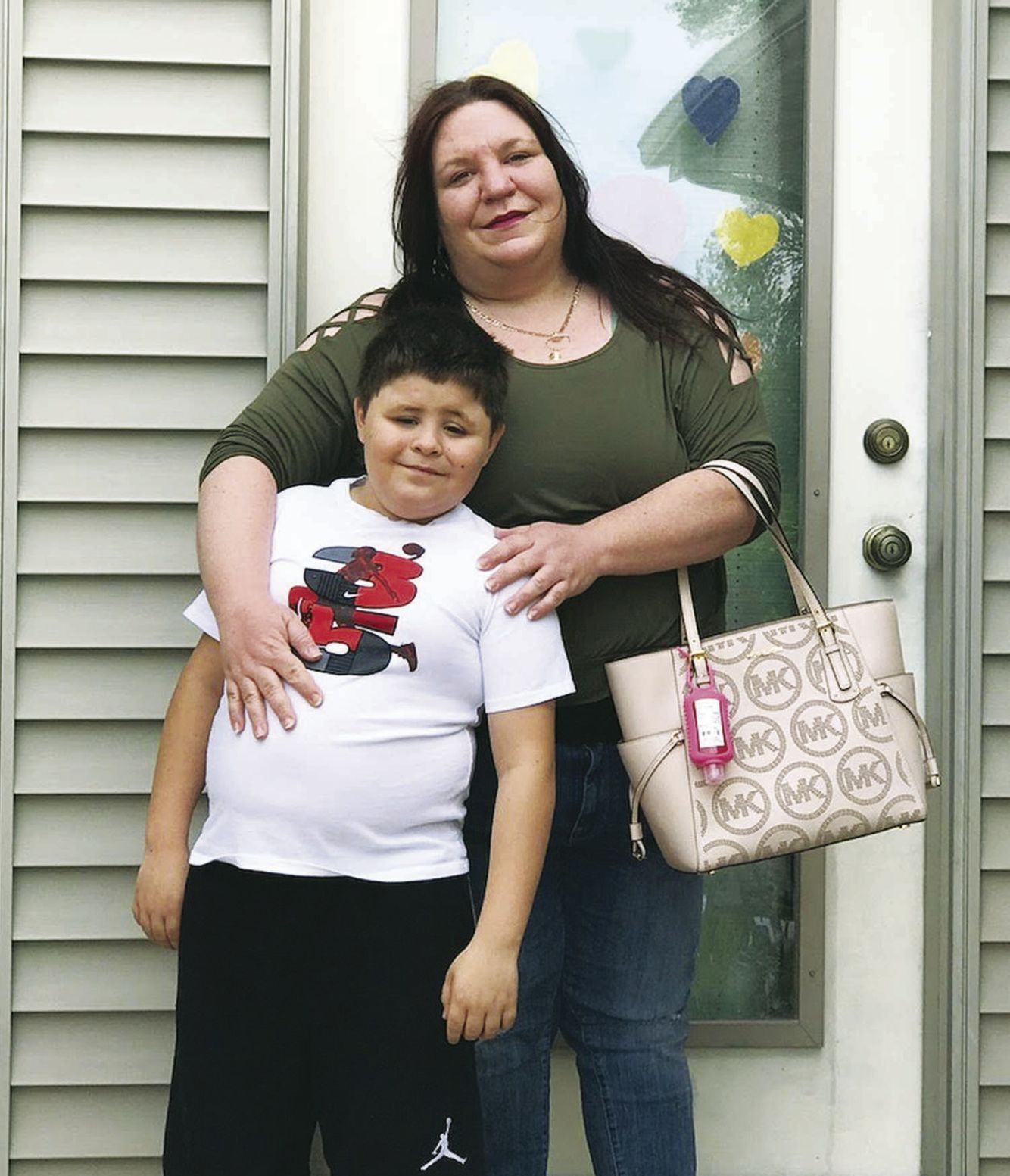 Jessica Barrera is seen here with her son, Niko. Barrera, who receives Social Security Disability Insurance (SSDI), lost her part-time job at Groome Transportation in Eau Claire due to the pandemic. She filed multiple unemployment claims with the Wisconsin DWD, but was denied, with the agency citing a state law barring the concurrent collection of federal SSDI and state unemployment insurance benefits. DWD said Monday that SSDI recipients could now qualify for federal pandemic aid{/span}. 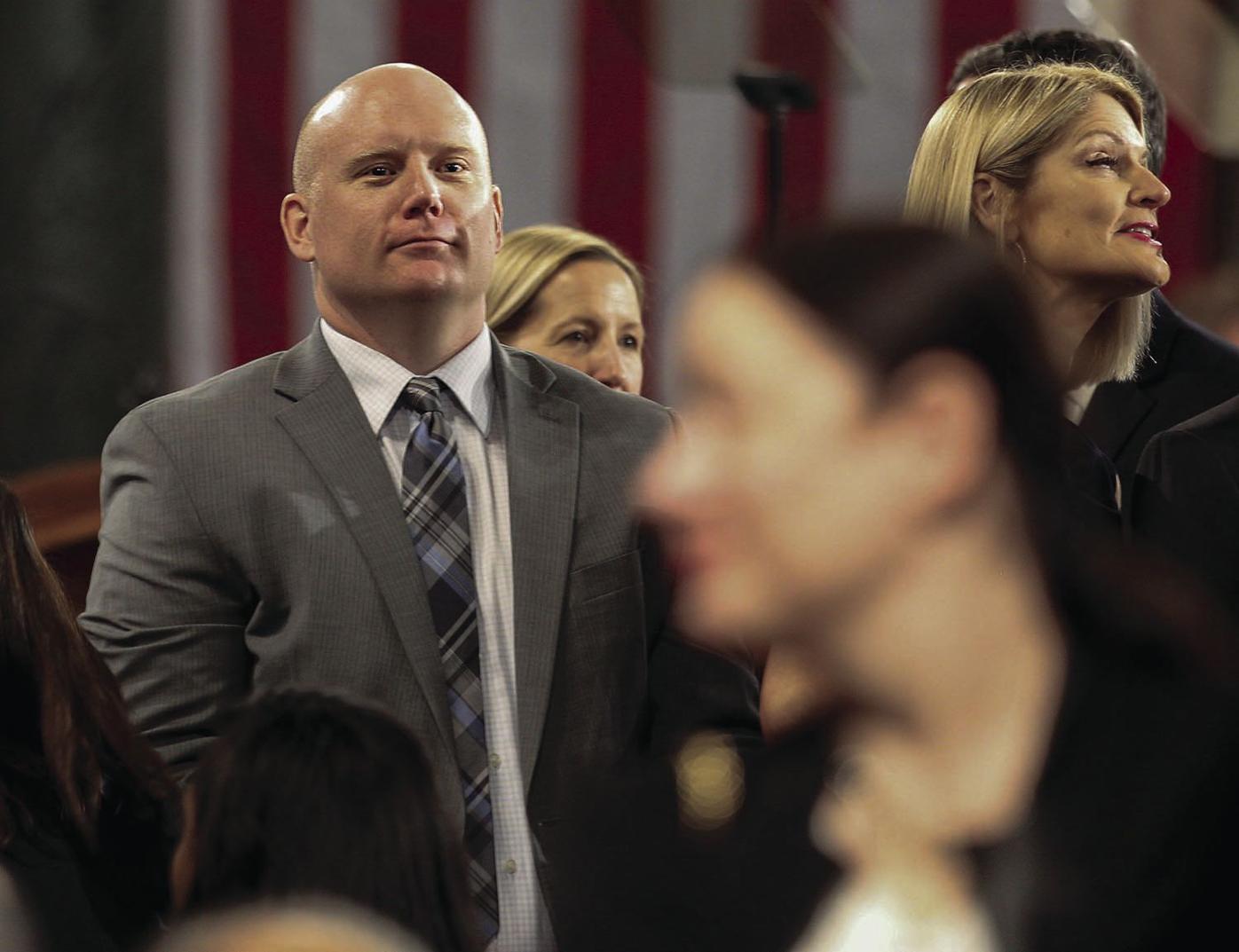 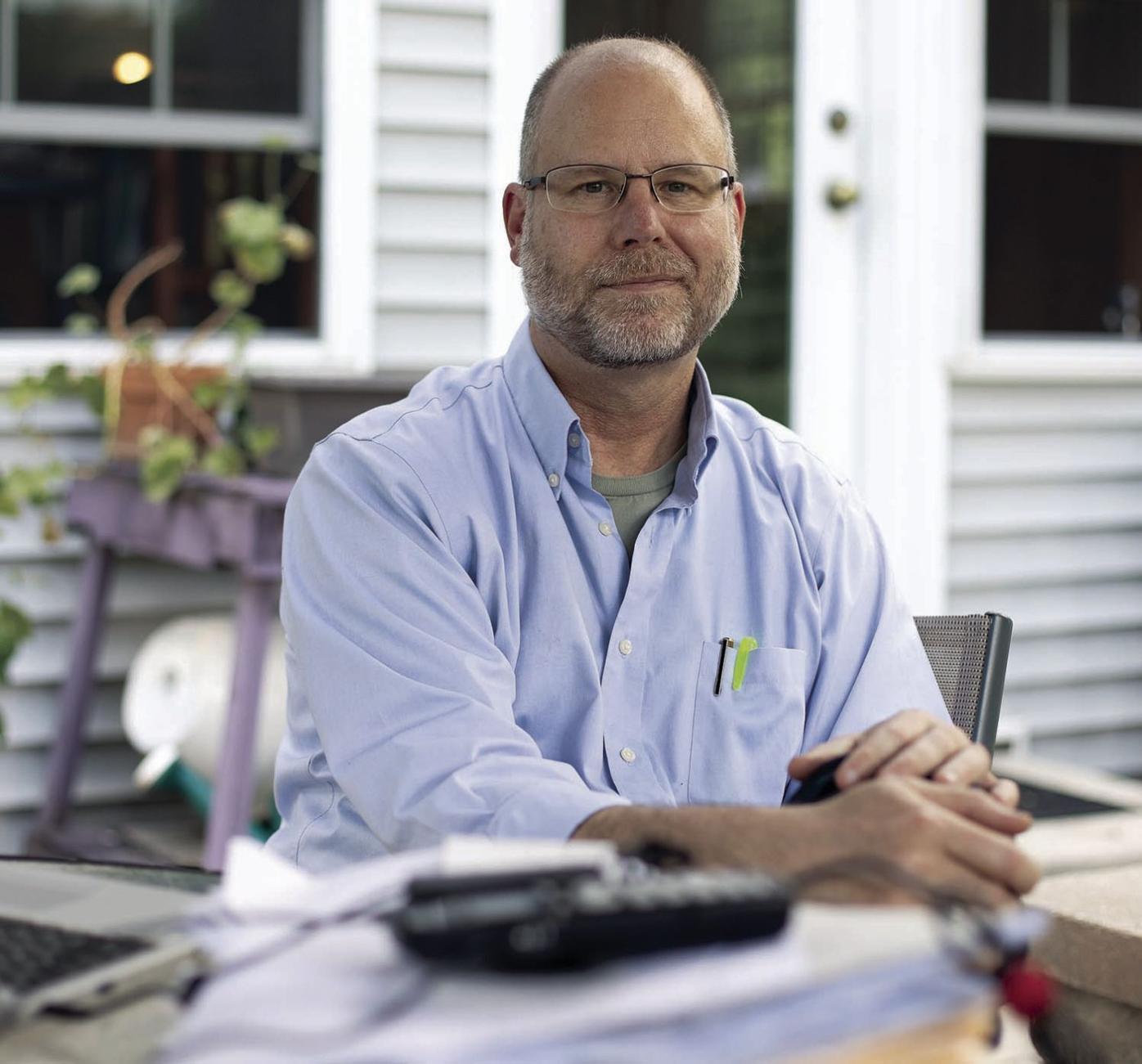 Jessica Barrera is seen here with her son, Niko. Barrera, who receives Social Security Disability Insurance (SSDI), lost her part-time job at Groome Transportation in Eau Claire due to the pandemic. She filed multiple unemployment claims with the Wisconsin DWD, but was denied, with the agency citing a state law barring the concurrent collection of federal SSDI and state unemployment insurance benefits. DWD said Monday that SSDI recipients could now qualify for federal pandemic aid{/span}.

Potentially hundreds of laid-off Wisconsin workers with disabilities are now eligible for federal aid that other unemployed workers have received during the pandemic.

The Wisconsin Department of Workforce Development (DWD) said it would begin offering Pandemic Unemployment Assistance (PUA) — a program under Congress’ disaster stimulus bill — to people who lost their jobs due to the pandemic who are also receiving federal disability benefits.

Those who qualify will receive payments of $163 to $370 each week — plus the additional $600 that the federal government has been adding to weekly unemployment checks during the pandemic. Although the extra $600 payments ended July 25, recipients will be able to retroactively receive the assistance back to early February for unemployment caused by the pandemic.

The news should resolve four months of limbo for out-of-work Wisconsinites with disabilities because of a 2013 Wisconsin law that resulted in denial of assistance to laid-off workers who also rely on federal Social Security Disability Insurance (SSDI). Following a WPR/Wisconsin Watch report about the denials, DWD in June asked the U.S. Department of Labor for permission to reverse course.

The federal agency granted its blessing in a letter dated July 27.

“If you lose work through no fault of your own, you should be eligible for Unemployment Insurance or its equivalent,” DWD Secretary Caleb Frostman said Monday in a press release urging qualifying workers to apply.

“With today’s news, our state’s residents who receive SSDI and are out of work due to COVID-19 now have an opportunity to receive partial wage replacement through PUA if they are otherwise eligible.”

About 175,000 working-age Wisconsinites rely on disability benefits to supplement their income, a vast majority of whom work. SSDI guidelines allow — and even encourage — part-time work so long as an employee does not earn more than $1,260 per month. The federal program serves people who have worked and paid Social Security taxes but can no longer perform “substantially gainful activity.”

Wisconsin’s Republican-controlled Legislature in 2013 passed a law barring that group from receiving regular state unemployment insurance in addition to SSDI after losing work. Labor experts say North Carolina is the only state with a similar ban.

DWD staff cited that law in blocking SSDI recipients from receiving benefits under PUA — separate funds Congress earmarked for people who lost their jobs because of the pandemic but “would not qualify for regular unemployment compensation.”

Labor advocates argued SSDI recipients fit that definition, but the DWD initially said the 2013 state law, coupled with Congress’ lack of specificity on how to handle SSDI applicants, left the agency with no choice but to issue denials.

DWD spokesman Ben Jedd said about 1,450 SSDI recipients had applied for PUA. Monday’s press release said the agency had denied PUA benefits to five people under the previous rules interpretation, while the rest of the applications were still pending.

“DWD will reprocess their (denied) claims and determine their eligibility based on the updated guidance,” the release said.

Victor Forberger, supervising attorney for the University of Wisconsin’s Unemployment Compensation Appeals Clinic, said he knew of many more denials.

In a July 21 post on his personal blog, Forberger detailed the disparate — and confusing — outcomes for SSDI recipients applying for pandemic relief as the agency waded through a backlog of all types of claims that has left Wisconsinites waiting weeks and even months for aid.

DWD approved one claimant, sent that person hundreds of dollars, and later denied the claim based upon the original interpretation of the rules, Forberger wrote.

“I had one person contact me yesterday. She got an approval letter for her PUA benefits and a denial letter all in the same envelope,” Forberger said in an interview Tuesday.

The mixed messaging also included a June 9 email from a DWD attorney who pushed Forberger to drop a different appeal of an SSDI client’s denied claim.

“People will start getting payments,” he said.

Jessica Barrera, a 40-year-old single mother in Eau Claire, is among those who stand to benefit. Barrera, profiled by WPR and Wisconsin Watch in June, has a rare blood disorder, depression and anxiety that qualify her for SSDI. But her $1,000 to $1,200 monthly checks from the program cover little more than rent for herself and her son, meaning she must also work part time.

After COVID-19 hit, she was laid off from her job at an airport transportation service but denied pandemic unemployment payments. Barrera found a new job in June, working in marketing services at Menards on weekends.

“I woke up to several emails from different government officials (informing her of the policy reversal),” Barrera said Tuesday. Those included an email from Frostman.

“While I am pleased to share this news, I apologize for any confusion or hardship caused by the delay in receipt of the necessary (Department of Labor) opinion,” Frostman’s email said.

Barrera said she felt “cautiously optimistic” about the news. But she would not count on the extra funding until it lands in her bank account.

Returning to work has proved difficult, she said. She had two surgeries in July to implant a pacemaker. The surgeries fell on Wednesdays, and she returned to work for her weekend shift both times. Barrera also had to increase the frequency of appointments to treat her blood conditions to every two weeks rather than monthly.

Barrera will pay down the credit card debt she accumulated while laid off — about $3,000 with interest — if DWD approves her application for two and a half months of aid.

“And also, you know, I still want to buy a house,” Barrera added. That was the goal she was working toward when the pandemic hit.

This story comes from a partnership of Wisconsin Watch and WPR. Bram Sable-Smith is WPR’s Mike Simonson Memorial Investigative Fellow embedded in the newsroom of Wisconsin Watch (wisconsinwatch.org), which collaborates with WPR, PBS Wisconsin, other news media and the University of Wisconsin-Madison School of Journalism and Mass Communication.