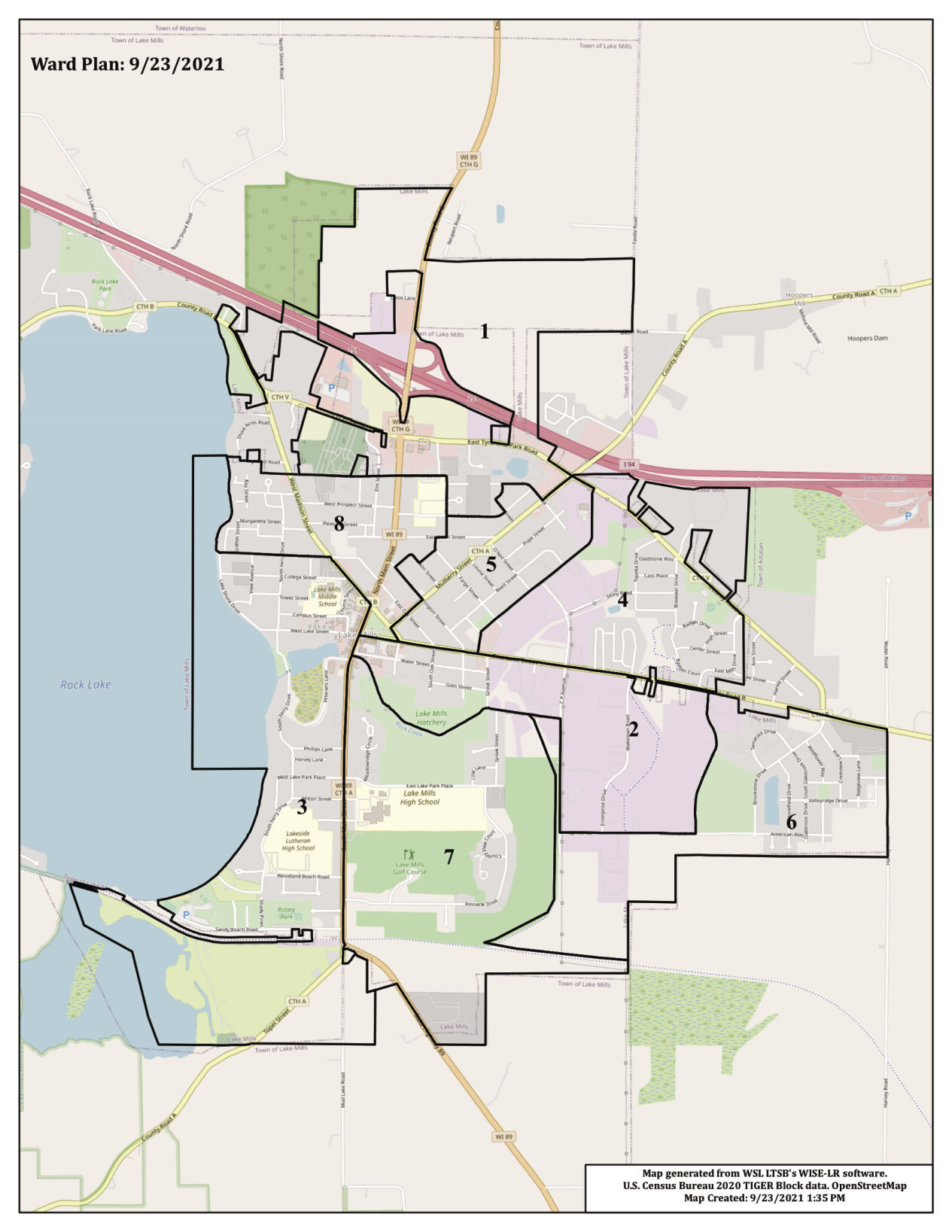 The proposed boundary map for the City of Lake Mills based on the most recent census data. 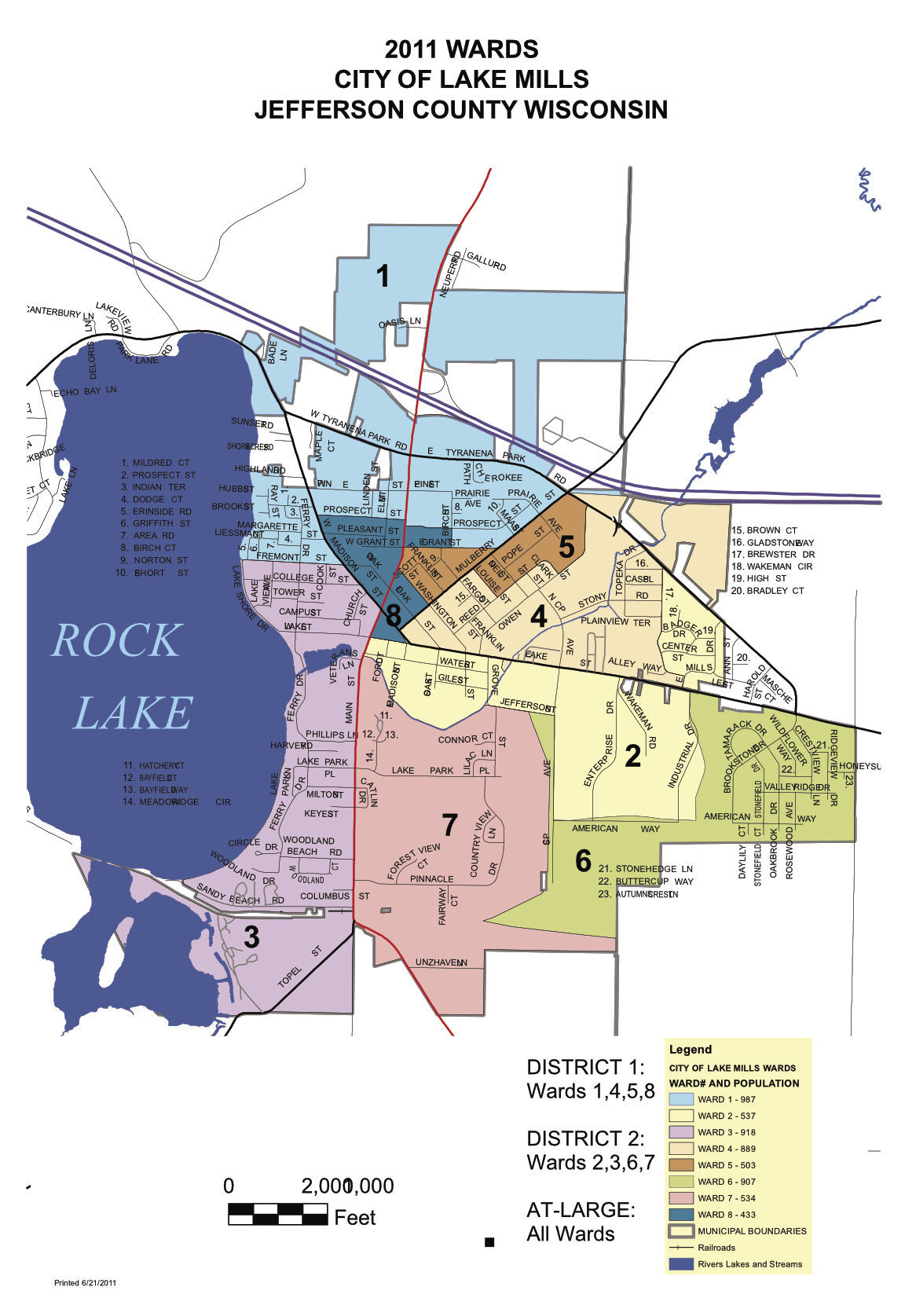 The current City of Lake Mills ward boundaries, which was based on the 2011 census data. 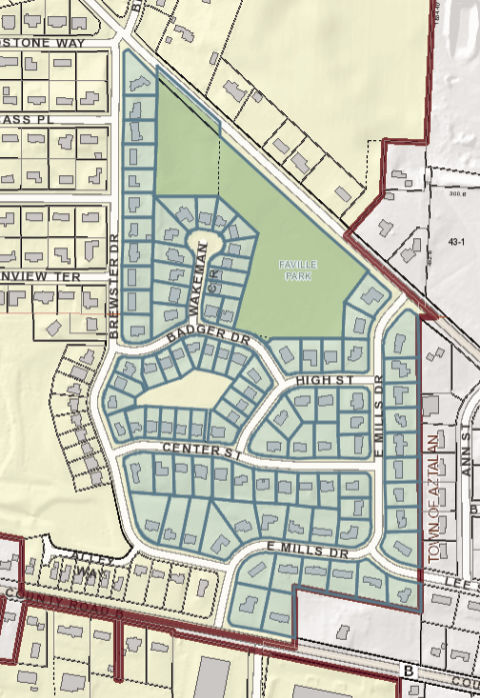 The proposed boundary map for the City of Lake Mills based on the most recent census data.

The current City of Lake Mills ward boundaries, which was based on the 2011 census data.

When city voters go to the election booth in the spring, they may notice a change in who represents them. The Lake Mills City Council had its first look at the new city ward and Jefferson County supervisory district boundaries during the Oct. 5 meeting. The body is expected to approve the resolution amending the district lines at its Oct. 19 meeting.

City Clerk Misty Quest said the redistricting is based on the most recent census numbers. Following the city council meeting, she explained Jefferson County assisted the municipality with updating the boundary lines using a software program to keep the new border as close as possible to the existing limits “but because of growth over the past 10 years obviously lines had to be adjusted to help balance the population within the districts.”

Quest said the 2021 census numbers were used to determine the amended boundaries.

In a follow up email regarding the proposed amended boundaries, Quest confirmed the boundary changes for wards 1, 8, 4, 5 and 2. The northeast section of Ward 2 will be absorbed into Ward 4. This realignment is the only one that will impact city council representatives as wards 1,4,5 and 8 are in council district 1 and wards 2,3,6 and 7 are in council district 2.

The clerk said approximately 101 residential parcels will be impacted by this change in boundaries.

Additionally, the southeastern portion of Ward 5 is set to expand to Owen and Lake streets with the northwest boundary expanding to include Maas and Prairie roads and going along Prospect Street. Ward 8 is being absorbed into Ward 1 and slightly into Ward 5 in the Scott Street, Franklin Street and Norton Street areas.

“In general, the boundaries of wards 7, 6, and 3 did not change. Ward 6 line did change slightly along Industrial Drive but that doesn’t impact any residences. Ward 3 expanded to include recently annexed areas southwest of (Highway) 89 (S. Main Street),” Quest said.

Quest said based on the new lines, all the current council members are still residing within their respective council boundaries though Liesa Kerler, who represents council district 1, will now reside a in a new ward.

At the county level, the city wards will be divided among three instead of two

The clerk said even though it would be more convenient for the municipality to stay within two county supervisory districts for election purposes, she did not see anything Jefferson County could have done differently.

“They did a nice job and we are not the only municipality with the growth that required changing supervisory districts,” Quest said.

The clerk said once the amended districts are approved, the boundary maps will be updated online and ward maps will also be posted each election day.