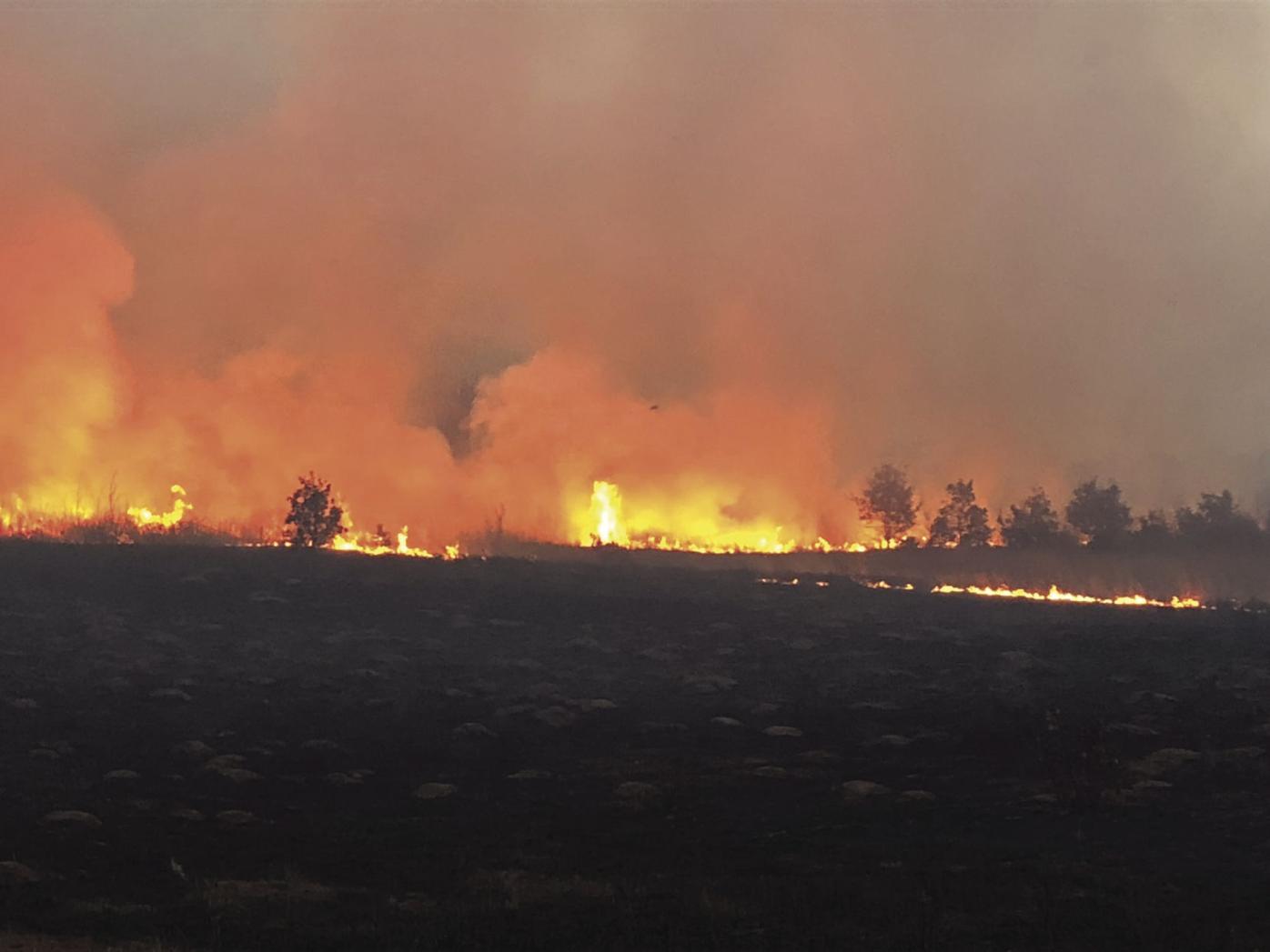 A prescribed burn in northwest Wisconsin. Dr. Jed Meunier of the Wisconsin Department of Natural Resources said fire has a place. 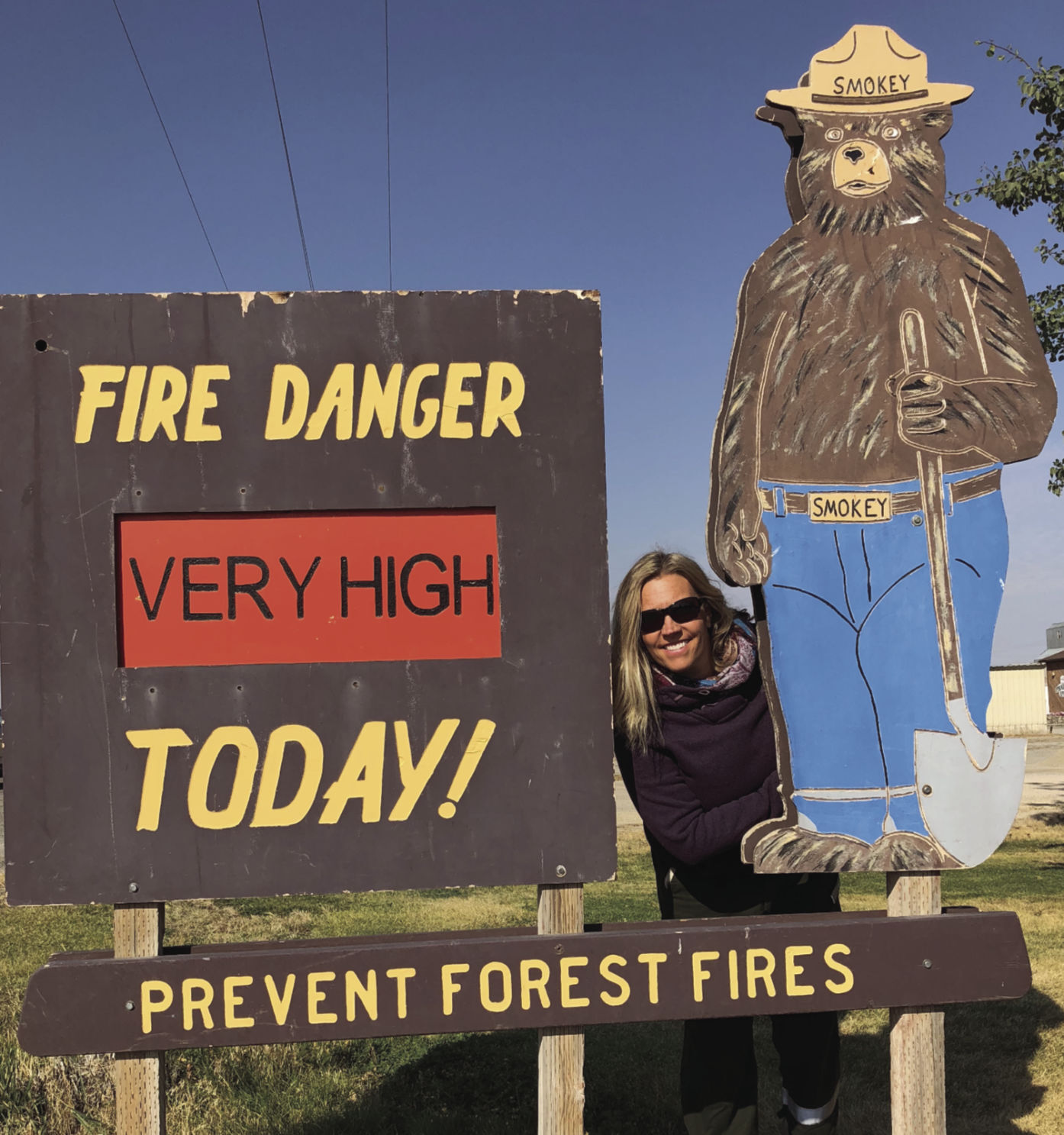 A prescribed burn in northwest Wisconsin. Dr. Jed Meunier of the Wisconsin Department of Natural Resources said fire has a place.

“The banks of the river as far as the eye could reach were covered with people standing there, motionless as statues, some with eyes staring, upturned towards heaven, and tongues protruded. The greater number seemed to have no idea of taking any steps to procure their safety, imagining, as many afterwards acknowledged to me, that the end of the world had arrived and that there was nothing for them but silent submission to their fate.”

Exactly 150 years later, while catastrophic wildfires occur regularly out west, are Wisconsin forests somehow now immune from major conflagrations? Was the Peshtigo Fire an historical outlier or does it hold lessons for today?

Andy Stoltman of the Wisconsin Department of Natural Resources (DNR) said, “We live in a world where fire occurs, and catastrophic fire can occur. It’s inevitable. While most of our systems are not as prone to large fires as they are out west, that doesn’t mean that a large fire couldn’t happen here. We’ve had many examples. You talk about the Peshtigo Fire.”

The Section Chief for Forest Economics and Ecology explained, “If you look at the differences of when rain occurs and when dry periods occur, and then everything from soils to topography to wind, what you wind up with in the west are just ecosystems that are more prone and adapted to large-scale fire.”

Here, danger increases when several factors line up, according to Stoltman. “We get that in the spring before things green up and fall, typically, when things are beginning to get ready for winter as vegetation starts to die back.”

Stoltman said climate projections may make summer fires more common. “We may see the same amount of rain, maybe a little more in Wisconsin, but the rain may be concentrated in fewer larger events. What that means is without the sporadic, smaller rain events, we have more chance for things to dry out.”

Historically, Wisconsin commonly experienced widespread, low intensity fires. Decades of fire suppression have allowed fuel to accumulate on the woodland floor. Stoltman said that cuts both ways as it relates to wildfire danger.

“As you accumulate fuel in the understory, you can wind up with what we call ladder fuels, which basically can build to a larger fire and get up into the crowns. But the more fuel that’s there, if it’s all really wet, it actually acts sort of like a sponge. So, we need that combination of drier weather, less humidity and frankly, wind,” Stoltman added.

Said Koele, “Forest management is an extremely important element in how fires behave. A healthy forest is a resilient forest. It’s important on the private landowner’s side, on the county forest side, on the federal forest side that we all manage our forests in a healthy way.”

“It’s not if. It’s when. What we’re seeing right now is more urban interface. Life, property and then natural resources are how we prioritize fire suppression.

“However, we do have the tools to plan for those events. We have the ability to look ahead and place prevention equipment, do mitigation efforts, engage with our partners about how we’re going to handle those situations.”

Koele explained forest management practices are specific to each piece of property in high-risk areas. Mitigation efforts might include putting in fire breaks, reducing some fire-prone species or even administering fire in fire-dependent ecosystems. She added landscaping decisions, keeping mulch and firewood away from buildings and cleaning gutters also help.

Koele stressed the public’s role in preventing fires. “One of the great things about the Great Lakes region is we don’t have a lot of dry lightning. Ninety percent of our fires are caused by people,” Koele said.

We’ve been lucky the last few years, cautioned Koele. “We’ve been in a relatively wet stretch. Even this year we’re getting precipitation that Minnesota is not.”

DNR Natural Resources Research Scientist, Dr. Jed Meunier, is a disturbance ecologist. “My specialty is all things fire. I study how we can be more effective with prescribed burnings. I also have a real interest in using the past to inform the present and the future.”

In Meunier’s view, “We’ve been very slow to learn the important lessons from fires like the Peshtigo Fire. If we think of the big fires during the settlement era as anomalies because humans were lighting them, and they were slash driven and there was all this land clearing, that is putting ourselves on a wrong footing. Those fires were burning because it was dry the same way they’ve always burned.”

Meunier said low severity fires burned all summer in 1871, a drought year. Smoke was so dense that the Green Bay lighthouse was kept constantly lit throughout September. In all, over 3 million acres in Wisconsin burned.

He continued, “The Peshtigo Fire really took a leap on Oct. 8 and burned about 1.2 million acres in Wisconsin. It just happened to take a turn with a lot of wind to fan those flames in October and now we have the high severity portion of that fire. The most important lesson is that anything can burn.”

As a Fire Ecologist, Meunier separates fire risk (the probability of a fire occurring) from fire hazard (the potential damage if one does occur).

“It’s not a matter of if, it’s a matter of when, we have a big fire. I would probably couch it less in terms of risk. The hazard is very high. The risk is very low,” Meunier said.

Meunier explained Wisconsin’s hardwood, or mesic, forests are “like a wet blanket on the land. Not saying that it can’t dry out and burn like we saw at the Peshtigo Fire. The possibility of a fire in those mesic forests is low. But if a fire gets going like it did in October, 1871, we have a very high fire hazard. Meaning if your home is smack in the middle of that, it’s not going to be left standing,” Meunier said.

Meunier acknowledged that Wisconsin’s rethinking its reliance on one hundred percent fire suppression. “We’re starting to think about forests with a new lens. We have communities that basically without some kind of fire, will blink out, will disappear,” Meunier added.

Meunier was asked for one thing he wished Wisconsinites better understood.

“One misconception is that fire isn’t a part of our system. And I think carrying that forward, the misconception is that fire won’t be part of our system, meaning the bad kind of fire, the fires that cause a lot of damage. It’s a two-pronged approach. We have to recognize that fire has a place. We also need to recognize that we have to be prepared for the fire that we don’t want,” Meunier answered.