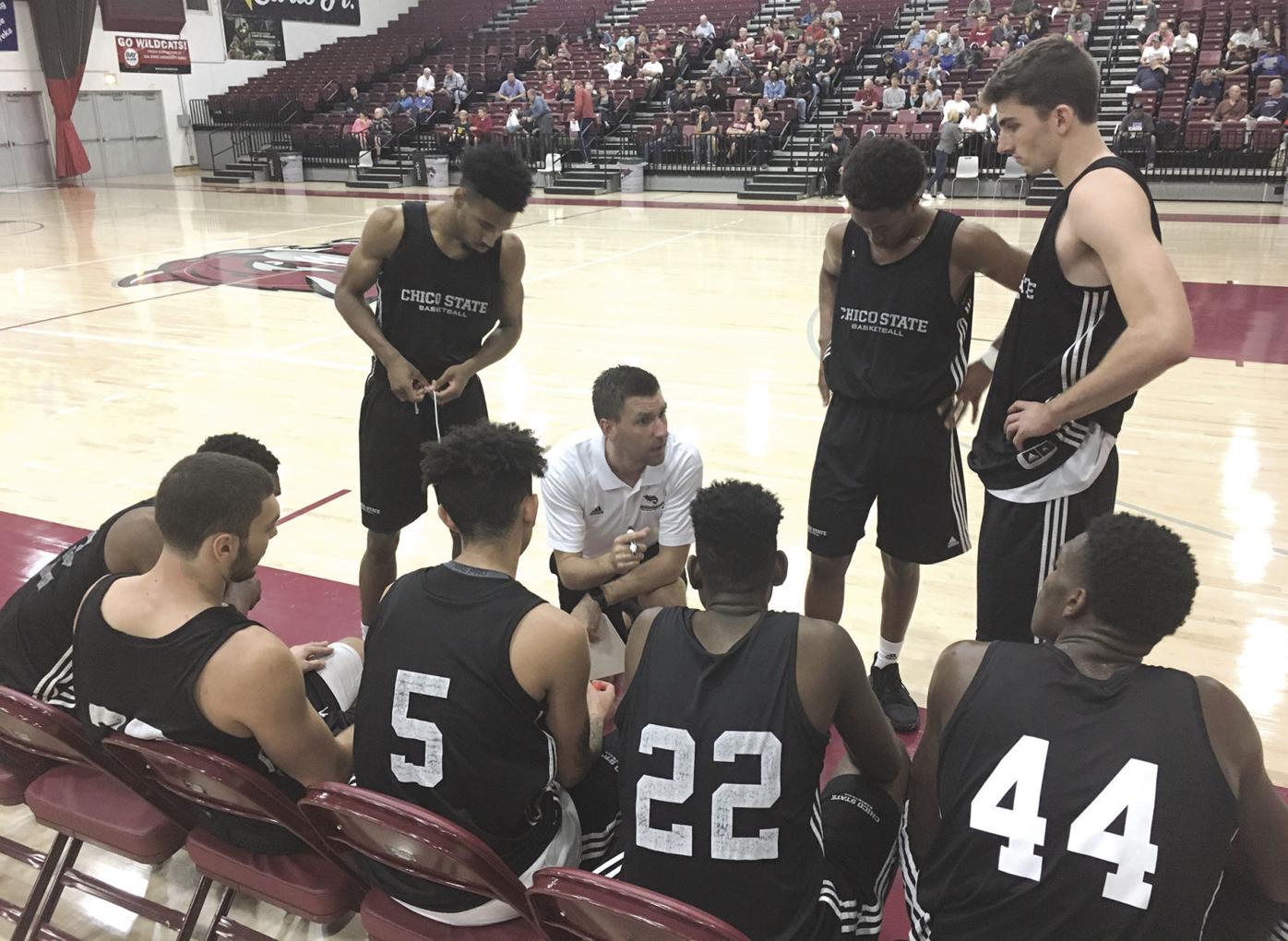 Chico State assistant coach Mark Darnall against Cal State Stanislaus in the first half of their CCAA Men’s Basketball Tournament on March 3 in Chico, CA.

Chico State assistant coach Mark Darnall against Cal State Stanislaus in the first half of their CCAA Men’s Basketball Tournament on March 3 in Chico, CA.

Mark Darnall has spent the last decade working his way up the food chain.

“It’s a dream come true to be part of a Division 1 program,” Darnall said. “I’m excited to do my part and impact young guys.

“My boss, Coach Riley, has been here 10 years. He worked his way up at Eastern from director of basketball operations to assistant to now a head coach at a young age (32). He’s a bright, bright coach. Super excited to learn from him offensively. He’s one of the bright young minds offensively in college basketball. Our staff chemistry in the first month seems good. Excited about the staff and work environment.”

Darnall, the nephew of NAIA and Illinois Basketball Hall of Fame coach Dave Darnall, played collegiality at Eureka College in Illinois and was a National Association of Basketball Coaches Honors Court recipient for his success on the floor and academically.

Darnall, 34, spent the 2010-11 season as video coordinator at Bradley University with then-coach Jim Les, who Darnall credits for allowing him to get his foot in the coaching door. Darnall then followed Les to UC Davis.

At UC Davis from 2011-16, Darnall was an assistant coach and director of basketball operations, which entailed overseeing administrative duties such as travel, scouting, budgeting and video coordination.

He spent the 2016-17 season as head assistant under Jeff Gard (the younger brother of University of Wisconsin head coach Greg Gard) and credited that campaign as an opportunity to become a better recruiter, traveling in and around his home state to scout prospective players.

Darnall then joined Greg Klink’s staff at Chico State in 2017-18, serving as the top assistant and last July being selected one of the 50 most impactful Division II assistant coaches nationwide according to Silver Waves Media. Chico State went 52-29 with a pair of postseason appearances in Darnall’s first three years with the program, qualifying for the NCAA DII Tournament before the COVID-19 pandemic wiped away postseason play in 2020.

“Coach Greg Klink, a big friend to me now, did a great job allowing me to learn about myself, use my voice and develop confidence in myself on the floor,” Darnall explained. “He’s a great offensive coach and well-respected on the West coast and a Hall of Fame coach.

“I don’t try to think about the next job. Just try to think about doing my job well. Having conversations with Riley led to (this new job) coming to fruition. Really excited about this opportunity to learn from these coaches. Excited to keep learning and being a sponge while providing the things I know and things that allow us to be successful.”

Darnall, who in July got out on the road recruiting for the first time since February 2020, relishes the opportunity to build relationships with his players and peers in the coaching ranks.

“I’ve met so many different people and it’s been fun,” Darnall said of his coaching journey. “I’m in coaching for several reasons. I love basketball and to compete and to be able to build relationships and be around young men.

“An athletic department staff is a great work environment that allows you to be around good people. Relationships are a big reason why I’m in coaching. Lead and learn is the third reason why I’m in the profession. It’s worth every minute of all the work. It’s also very fragile to be a college basketball coach. Great to have basketball be my job.”

The college basketball landscape is in a state of change. This season is the first that players can utilize one-time transfer waivers to compete at a new school immediately without sitting for a year, something that has caused roster turbulence many places.

“Even though the landscape is changing, it’s your philosophy as a program that’s important,” Darnall said. “This program has done it with guys under the radar. We want to bring in young guys and commit to the process.

“We lost a lot of our roster from last year with some guys following the old coach and had lots of roster spots to fill. Needed to get veteran guys with minutes under their belts. Had to get some of those guys to get to the level of competitiveness we want right off the pop. We hope to be able to build off last season’s success and run program in a way that made them successful.”

Eastern, which is located in Cheney, WA, went 16-8 this past season, winning the Big Sky Tournament to reach the NCAA Tournament for the third time in program history and first since 2015. Seeded 14th, EWU pushed third-seeded Kansas to the brink in a 93-84 Round of 64 loss that saw the Eagles lead by eight at halftime on March 20. Tanner Groves, the Big Sky Player of the Year and leading scorer at 17.2 points per game, transferred to Oklahoma in the offseason along with his brother Jacob Groves, who also readily contributed. The Eagles’ six leading scorers from a season ago will not return.

“Coach Riley was an integral part of this becoming an elite program on the West coast,” Darnall said. “Him taking over allows us to keep some continuity. It’s hard to be get good at this level and stay good at this level. We have good pieces. Goal to is to get to the tournament and win a tournament game.”

Name, image and likeness (NIL) allows student-athletes to be compensated via their identity or brand for the first time. NIL was officially adopted by the NCAA on July 1 after years of back and forth about its legality and place in amateur sports.

“It’s too soon to say how NIL will impact our program,” Darnall said. “I’m excited for the kids and the opportunities they can now benefit from. It’s great for them.”

Darnall, who along with wife Meagan are expecting a son at the end of August, still tracks the basketball programs at his alma mater and has been enthused by their recent success.

“They move that thing and play the right way. That’s the fun way to play hoops. There’s a lot of different ways to win. To watch his style of play has been great. Guys enjoy it and it’s led to success.”

Darnall credits mentorship from coaching colleagues like Arturo Ormond, Roberto Bergersen, Kyle Vogt, Kevin Nosek and the head coaches he’s spent time under for his ascent up the ranks and continuous support.

“That’s what’s so unique about this profession is that everyone’s journey is different,” Darnall said. “The last decade has been important for me. Every step of the way. Trying to learn, be a foot solider, work hard and be valuable in multiple areas. I strive to be a guy that can help in a lot of different areas.”