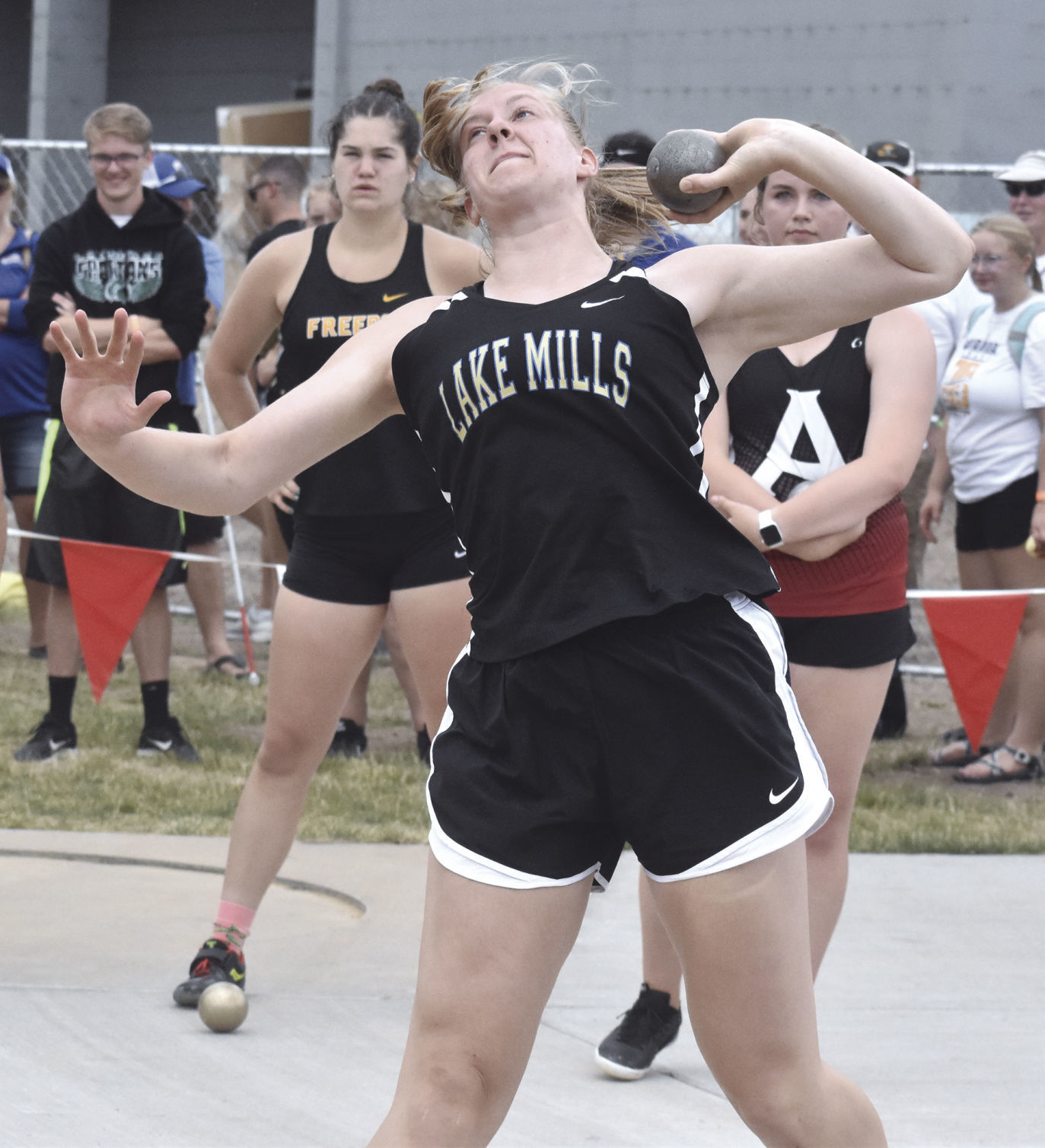 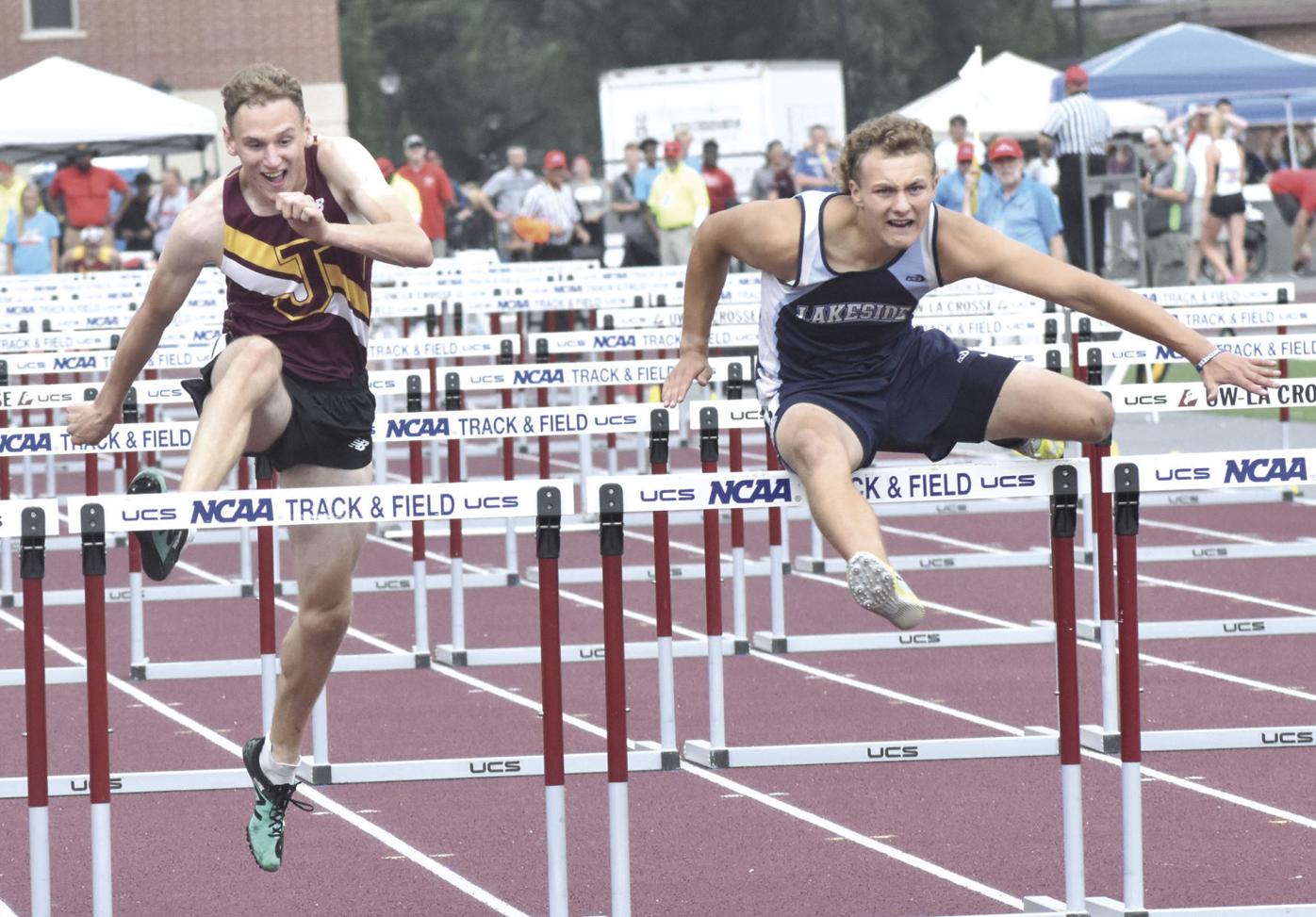 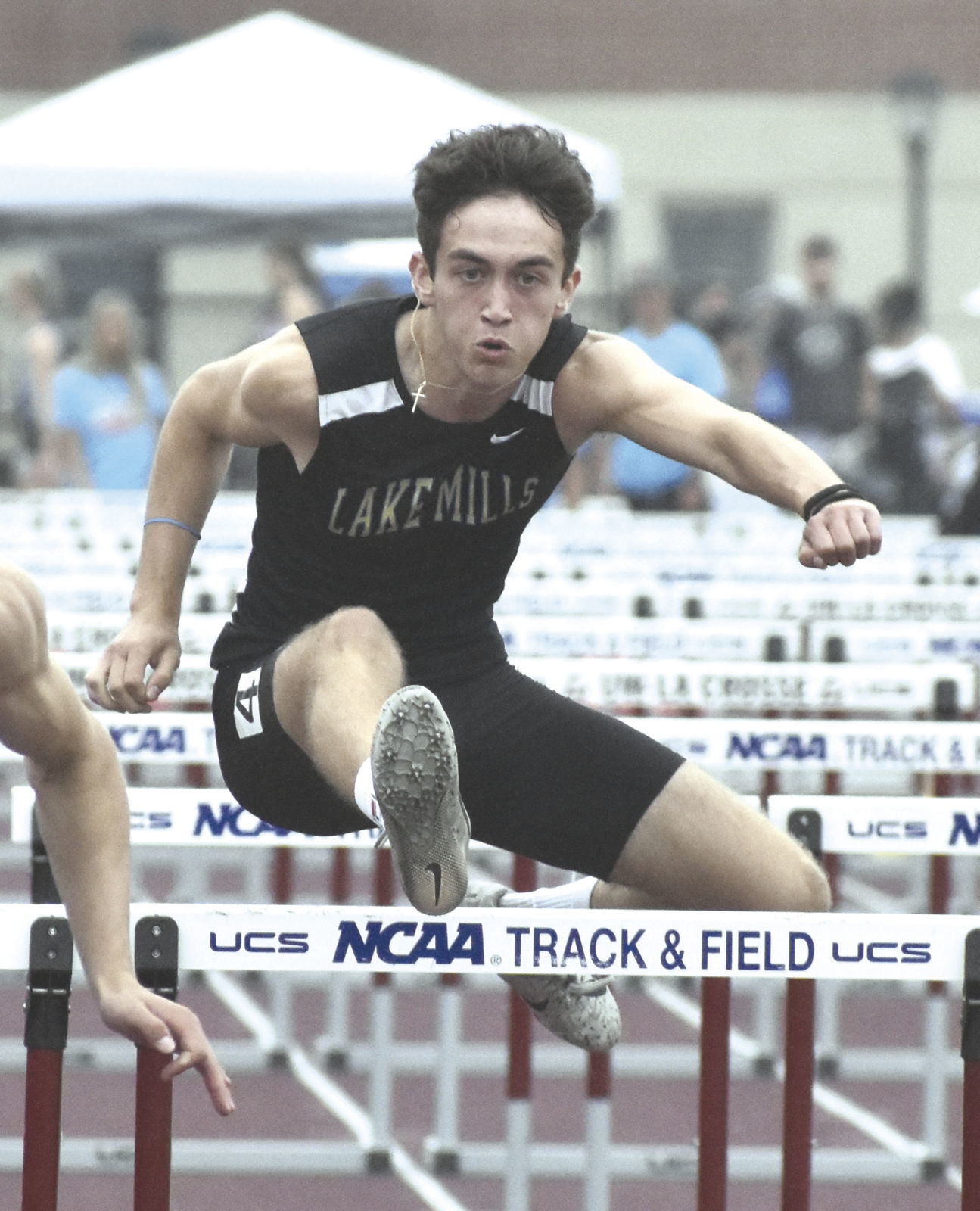 LA CROSSE — Lake Mills senior Kayla Will made the most of her first trip to state by winning the girls shot put with a throw of 40 feet, 9 3/4 inches at the WIAA Division 2 State Track and Field Championships in La Crosse on Friday.

“It feels amazing,” Will said. “This is something I have been doing since sophomore year. I really wanted to get to state my sophomore year and then I didn’t get to have a junior year because of COVID. I am so glad to have had a senior year. I threw the best I could today and it was 40-8.”

Will’s PR was 41-3 coming in, but she competed well enough to win on the big stage and hit the winning throw in flight competition. Freedom senior Linnea Willer took second with a throw of 40-6 1/4.

“It felt good to be here,” Will said. “It was interesting because I had never been here before. I didn’t know how it would work. It was awesome. It’s a super nice facility. I loved it. It was great to compete out here today and it was great competition.”

Will played soccer her freshman year, but tore her ACL and decided track was a better fit the following year.

“I could only do a standing throw my sophomore year,” Will said. “It’s kind of hard to place far. I just caught on to the full glide this year. It was really awesome to catch on to that, throw far with it.”

Will was part of the girls basketball team’s state championship run over the winter. She looks forward to continuing her basketball career at UW-Stevens Point. Being part of this more individualized sport was a fun experience.

“It is weird not having a team to help you (like it is in basketball) and support you,” Will said. “Like if you are having a bad day, they bring you up, they cheer you on. But a lot of my friends came to this, and my parents. It felt good having them cheer me on. I just knew I had to do this myself. It felt really good to do it.”

Junior Abigail Toepfer also won a girls medal for the L-Cats with a sixth place leap of 17- 1/4 in the long jump.

Toepfer ran on the relay teams as a freshman and only started getting into jumping this season. She overcame a pulled quadricep muscle and put together a strong tournament series in the last half of the season. She didn’t quite get to her PR of 17-3 3/4, but she met her ultimate goal by making the awards stand.

“I was in range,” Toepfer said. “The first couple marks were scratches, so it was really hectic. The first mark I made was 16-10 1/4, just to push one out. I was having trouble with my mark. I thought I had until the gray, but I only had until the white.

“Then I was talking to other teammates, and Molly Kahl from Columbus. I went a full shoe back and said, just send it in and see what happens and then I got finals.

“That’s all I wanted. I got injured in the first three weeks of the season, so there were three weeks where I didn’t compete. So I came back for conference, regionals and sectionals and all I wanted this year was hardware, and then I got hardware. Once I started jumping, I just kept PR’ing and it was really exciting, realizing how much I loved it and how exhilarating it is.”

Four of the top five medalists in the boys 110 high hurdles came from the Whitewater sectional. Among them were Lakeside Lutheran senior Christian Schmidt and Lake Mills junior Kyle Popowski. Schmidt placed second in a personal best matching time of 15.05. Popowski was fifth in 15.48.

Like everyone else, Schmidt had to regroup after a lost junior season due to the pandemic.

“It kind of sucked,” Schmidt said. “I couldn’t think about anything. There were online track races, but I didn’t really do anything. Then I sprained my ankle over the winter. I didn’t even show up. We had spring break the week everything shut down.

“I was just hoping to come out and get ready for a good senior year, which didn’t really happen. I just had to start all over the next year. So I am really happy. It was a great time being here, being at state. All my coaches helped me get here, family and friends texting me, greeting me, helping me achieve what I wanted to achieve. Although I didn’t break 15, it was nice to get on the podium in front of thousands of people. It was a really fun day.”

Popowski knows all about injuries. He ran with a cast on his arm the entire season, but finally got it off in time for the state meet.

“It’s been a rough ride,” Popowski said. “I broke my wrist over spring break, so I missed about a month of hurdling. I came into the season late, racing against teams like Lodi and Lakeside. They kind of pulled me along when I got right back in. I really appreciate that I am in such an aggressive conference, just to allow me to get my times up. One of the things I have noticed this season and appreciated was I PR’d in every meet I raced in, starting up at 16.5. Today I PR’d, dropped it down to 15.48. Knowing I have another year coming up, I am looking forward to dropping it down even closer.”

Popowski later finished ninth in the 300 hurdles finals in 41.12 to wrap up a successful first trip to state in which he got to race three times.

“First time here, very excited,” Popowski said. “(110) prelims, I didn’t have the best start. I got fifth in my heat. I was worried I might not even make it into the finals, but I knew (I made it) when I looked at the times they got (in the other section). I know I can make podium. I just wanted to get a medal, break some PRs and I am really satisfied with my results.”

Not everyone could say that.

Lake Mills had a stellar sprint crew this season, but left La Crosse without any medals. The 800 relay team of junior Carson Lund, senior Adam Moen, junior Michael Stenbroten and senior Jaxson Retrum just missed the podium with a seventh place finish in 1:32.84, which established a new school record. The L-Cats had higher hopes for the 400 relay team, which came here with the fourth fastest time. But those hopes were dashed on the opening exchange, when senior Charlie Cassady couldn’t get the baton in the hand of Lund before tumbling to the track.

“We are very proud of our athletes and how they performed at state,” Lakeside Lutheran co-head coach Justin Vanderhoof said. “Christian matched his career-best time of 15.05 in the 110 meter hurdles, which was only four hundredths off the school record. The boys 4x800 relay team ran a great race and shaved 10 seconds off their time from sectionals.

“We are really excited that all but Christian have the opportunity to return to state again next year and to hopefully bring a bunch more of their teammates with them.”