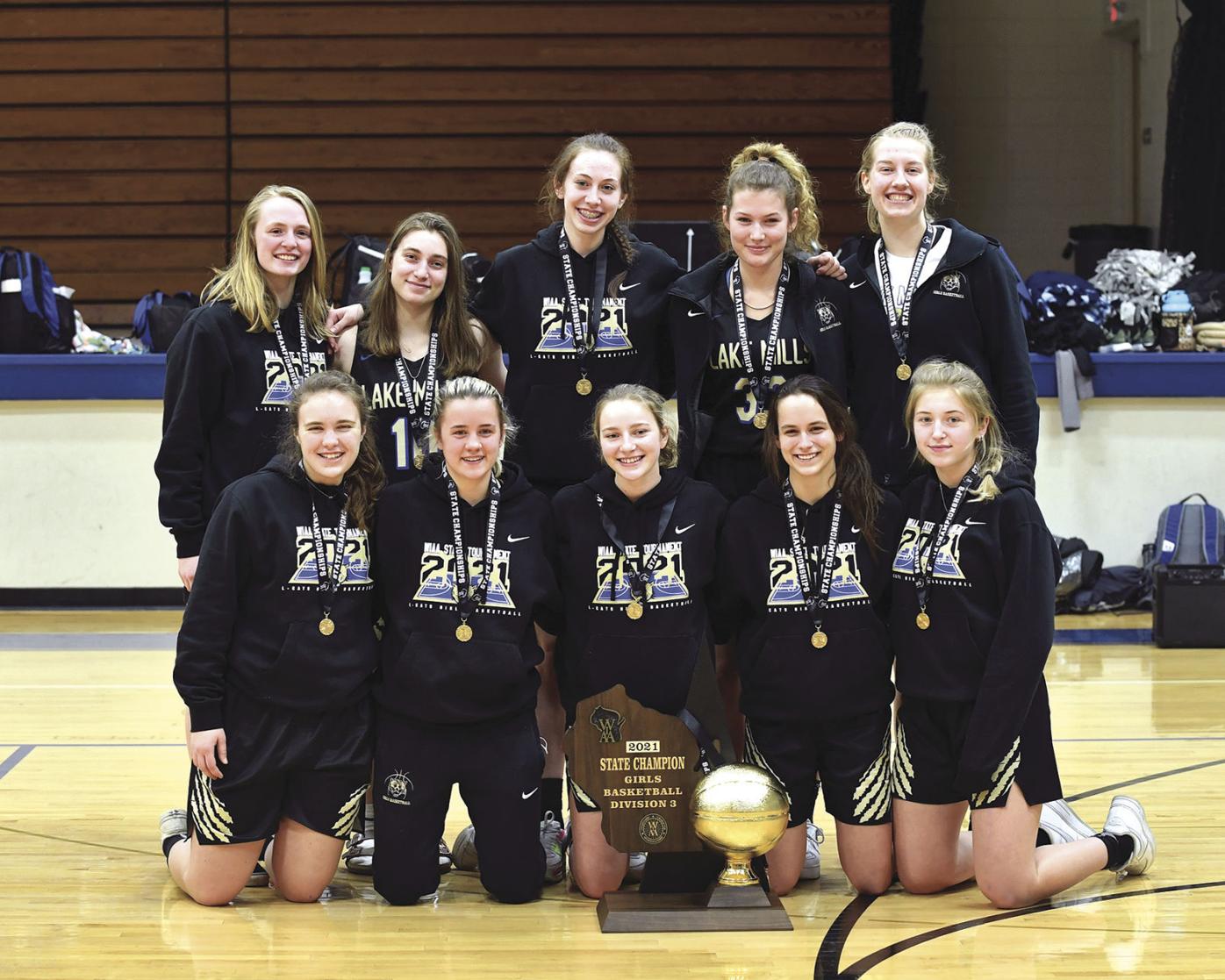 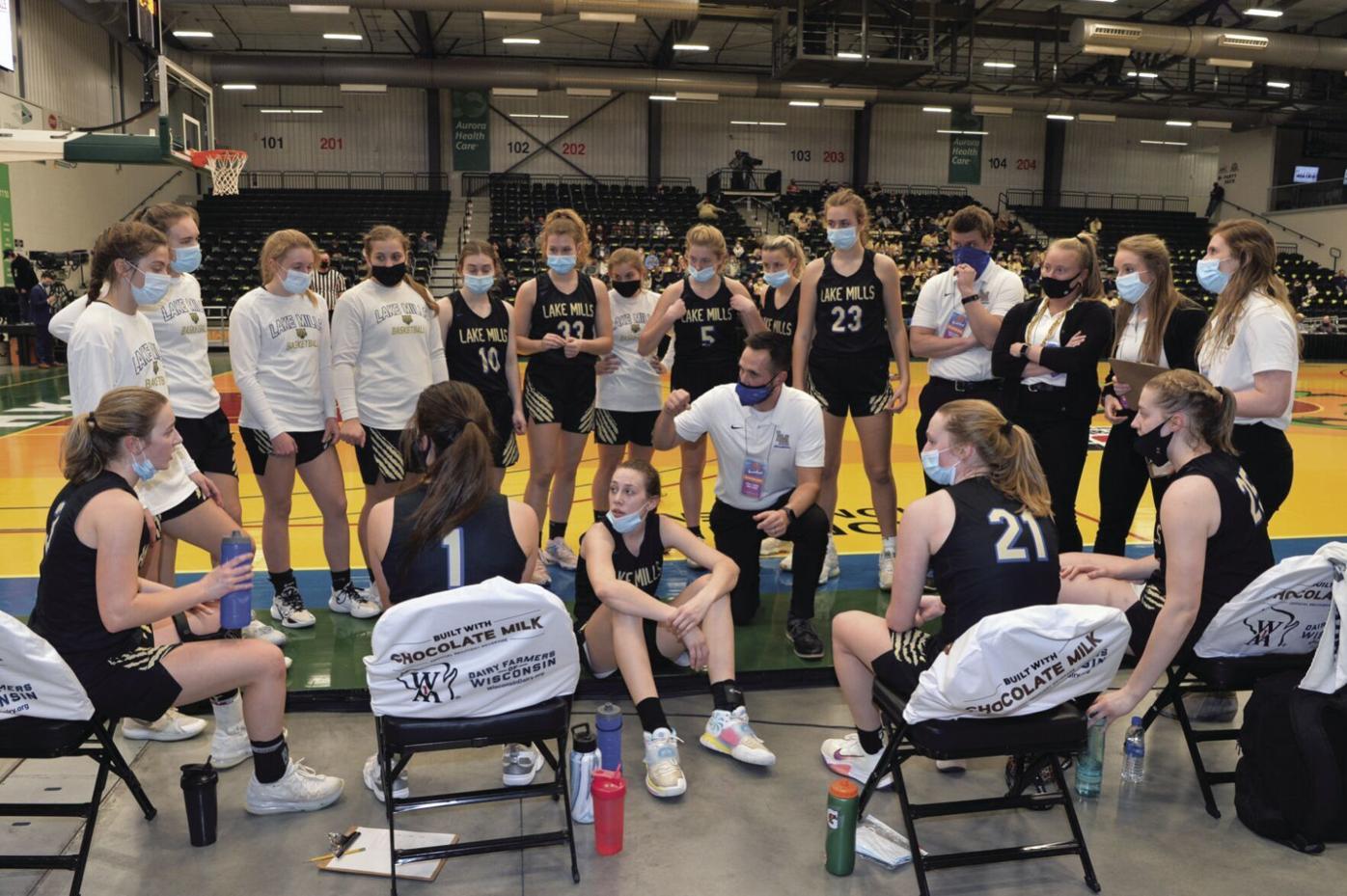 The era is over. A mighty imprint is now left behind.

The Lake Mills girls basketball team’s 10-player senior class set its sights high at a young age. Together, the group was part of plenty of historic moments, winning a WIAA Division 3 state championship as its final act.

“This shows what happens when a great group of kids who are willing to work hard, have a common goal and are unselfish what it can lead to,” Lake Mills girls basketball coach Brandon Siska said. “On the court they’ve rewritten the record books. It starts with being good kids and working harder than anyone else.”

Last season, the L-Cats beat Martin Luther 70-65 in the program’s first sectional final before a narrow loss to Wrightstown at state.

Lake Mills won its final regular-season game this year before winning six straight in the postseason. The stretch included a 57-56 win at Prairie du Chien in the sectional semifinals on senior forward Vivian Guerrero’s game-winner in the waning seconds.

The L-Cats then outlasted Marshall, which has won two state titles in the last four seasons, with a heart-stomping 65-59 double overtime victory to reach state a second time.

On February 26 at the Oshkosh’s Menominee Nation Arena, the team took Mackenzie Holzwart and Howards Grove’s best punch, turning back the Tigers 70-60.

A handful of hours later, the L-Cats slayed state-power Aquinas, 78-67, to hoist the gold ball.

“It was very surreal,” senior forward Hannah Lamke said. “Felt amazing knowing we worked so hard starting in the offseason. Our coaches put so much time and effort into scouting reports, film sessions and practices.

“This group has been teammates since when we started playing basketball. We kept working toward our goal, it felt good to know we finally achieved winning the gold ball.”

There was an outpouring of support for everyone involved with the program following the title victory.

“We had a huge group of people waiting when we got back,” Siska said. “There was a huge outpouring of congratulations from all over the state. Kids received the same thing. Coaches were getting texts and calls. I had former players from North Carolina reaching out. Cool to see how many people were involved and invested in this.”

None of this came without hard work and a few bumps along the way.

Senior wing Jade Pitta recalled the team’s first game, a 67-44 setback to Marshall on November 21, 2017. The L-Cats hung around early and fought hard in that one, much like they did all throughout a 5-17 campaign.

“It’s crazy how much we’ve improved,” Pitta explained. “As teammates we held each other accountable. Coaches have high expectations.

“I’m thankful to be a part of this team. We’ve created a family. A lot of people say that, but that’s genuine with us.”

The culture Siska instilled from day one, not too long after taking over a program that had won two games the season prior, permeates throughout the team.

“We definitely do have a special bond. He’s almost like a second father,” Lamke said. “I know with a lot of us he’s helped us grow into stronger people. He’s definitely changed my life and some others in a very positive way.”

Pitta noted Siska’s ability to take the temperature of the room and get the most out of the team each night.

“Right from the day he came in it was instilled we needed to work hard. During summer workouts we would be rewarded for working hard. Our group loved basketball and worked hard in general.”

The seniors get it done in the classroom too, posting a 3.77 grade point average in their careers.

Next year’s team, sophomore center Bella Pitta aside, won’t have much varsity experience. They do bring with them a 20-1 record from the junior varsity level, beating opponents by an average margin of 24.

“So happy for this year’s senior class, all their hard work paid off,” Siska said. “Definitely going to miss them. Future of the program is bright. They are the one that put Lake Mills on the map.”

The outgoing class, which won the program’s first three Capitol North championships, were ideal role models, paving a path for next year’s crop.

“I hope we taught them how to work hard and how to work towards a goal,” Lamke said. “Anything they dream of they can achieve.”

“I hope we’ve taught them all the hard work it takes,” Jade Pitta added. “Also, to be grateful for the opportunities you’re given. We were grateful to even play this year.

“They should cherish opportunities in the summer, in the weight room and in practices. I hope they enjoy what they’re doing and they’ll be better for it.”

The state championship winning team played hard always, something they hope to pass down to the younger players.

“We showed them that no matter what to keep fighting as a team and to have fun,” Lamke said. “Everyone is there for each other no matter what happens.”

Siska noted how the upperclassmen showed the underclassmen the ropes to being an elite basketball team.

Over their 99-game careers, this group won 14 straight home games to set a school record. Then they broke it with a 16-game stretch that culminated last month against Marshall.

The team put together an 11-game win streak overall and three separate nine-game streaks. The L-Cats were ranked first in the state for the first time and also have won eight consecutive league tilts.

Guerrero finished with 690 rebounds, averaging over nine boards per the game the last three seasons. She has the most rebounds in team history and the top two individual seasons (254, 218) on the glass.