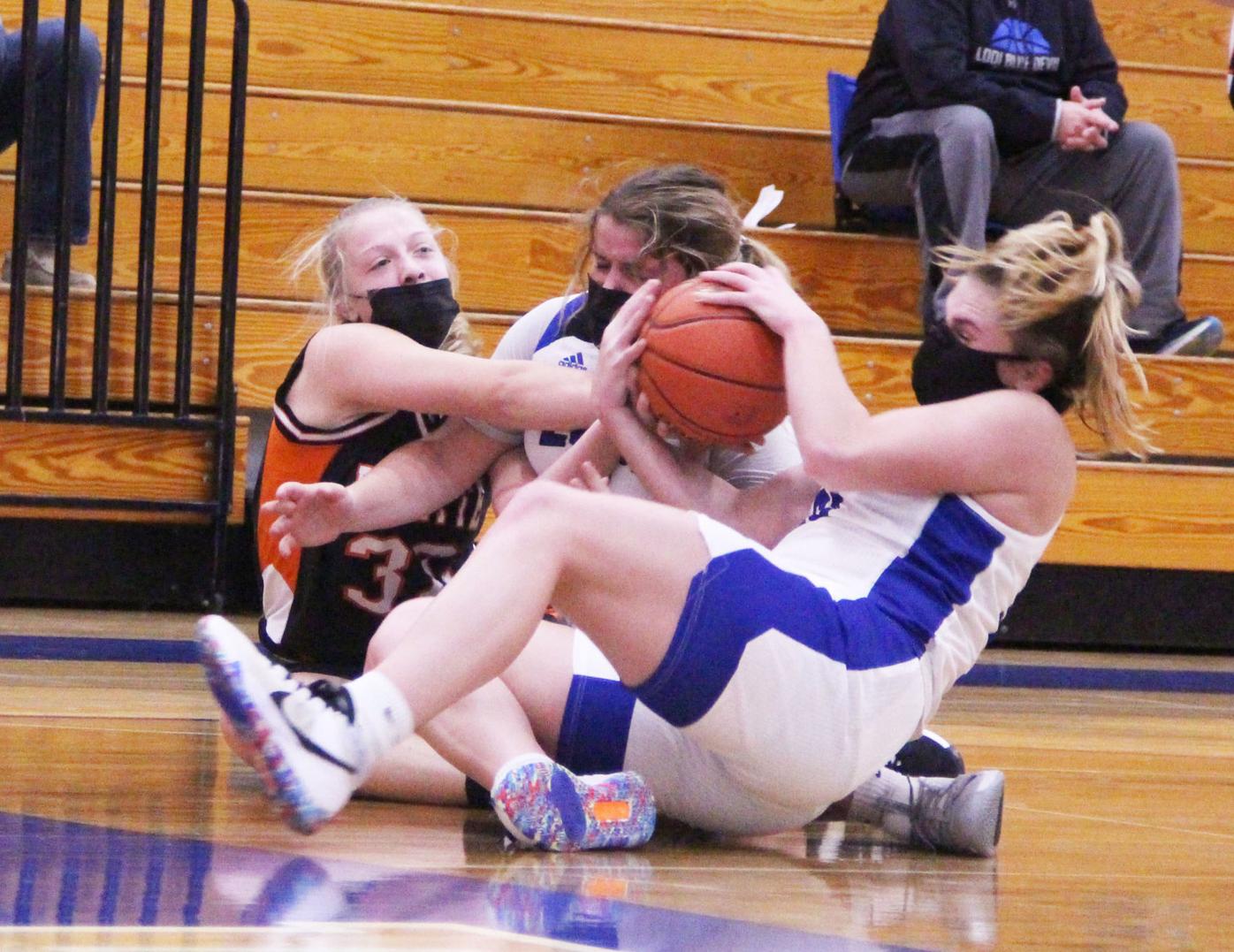 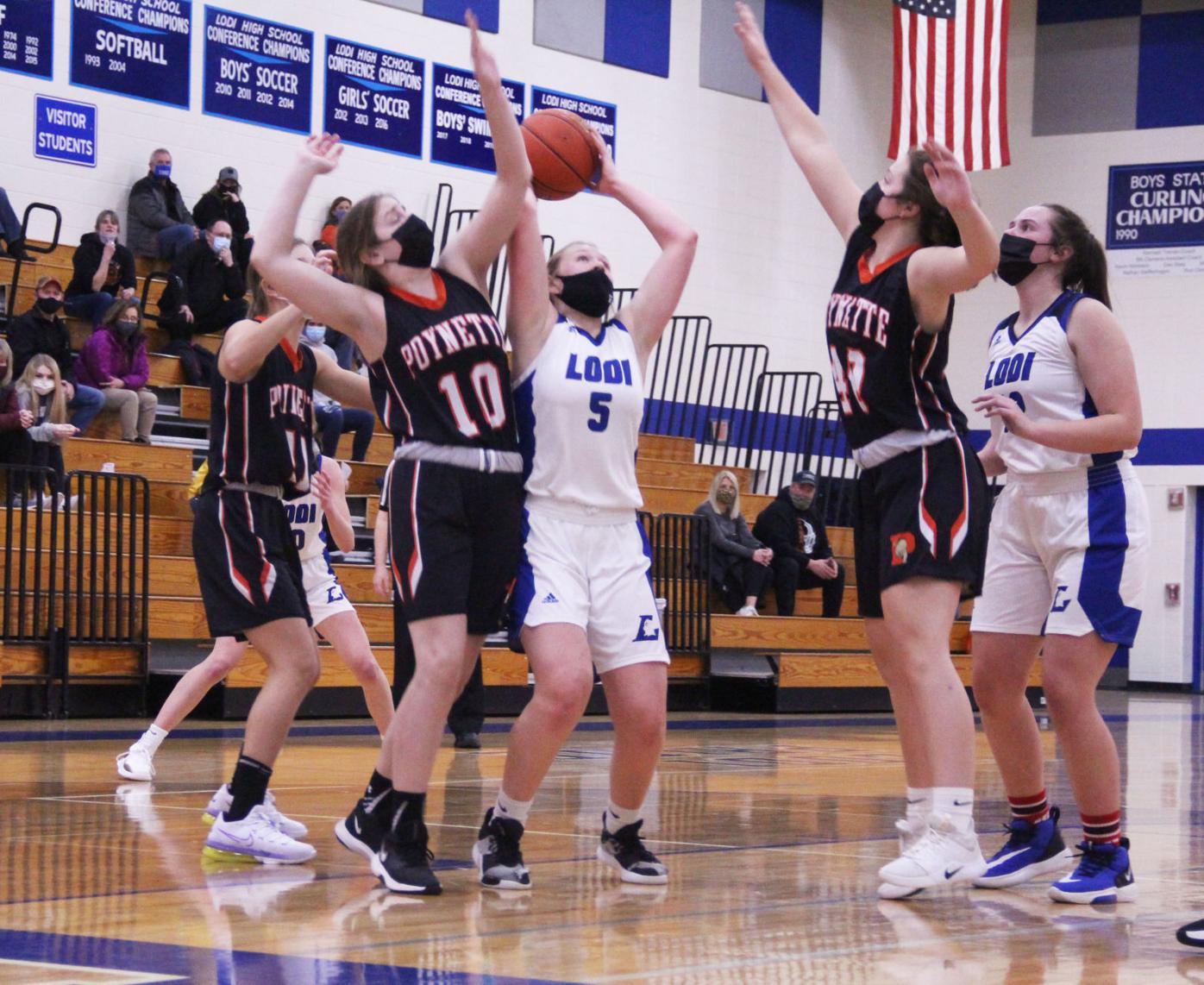 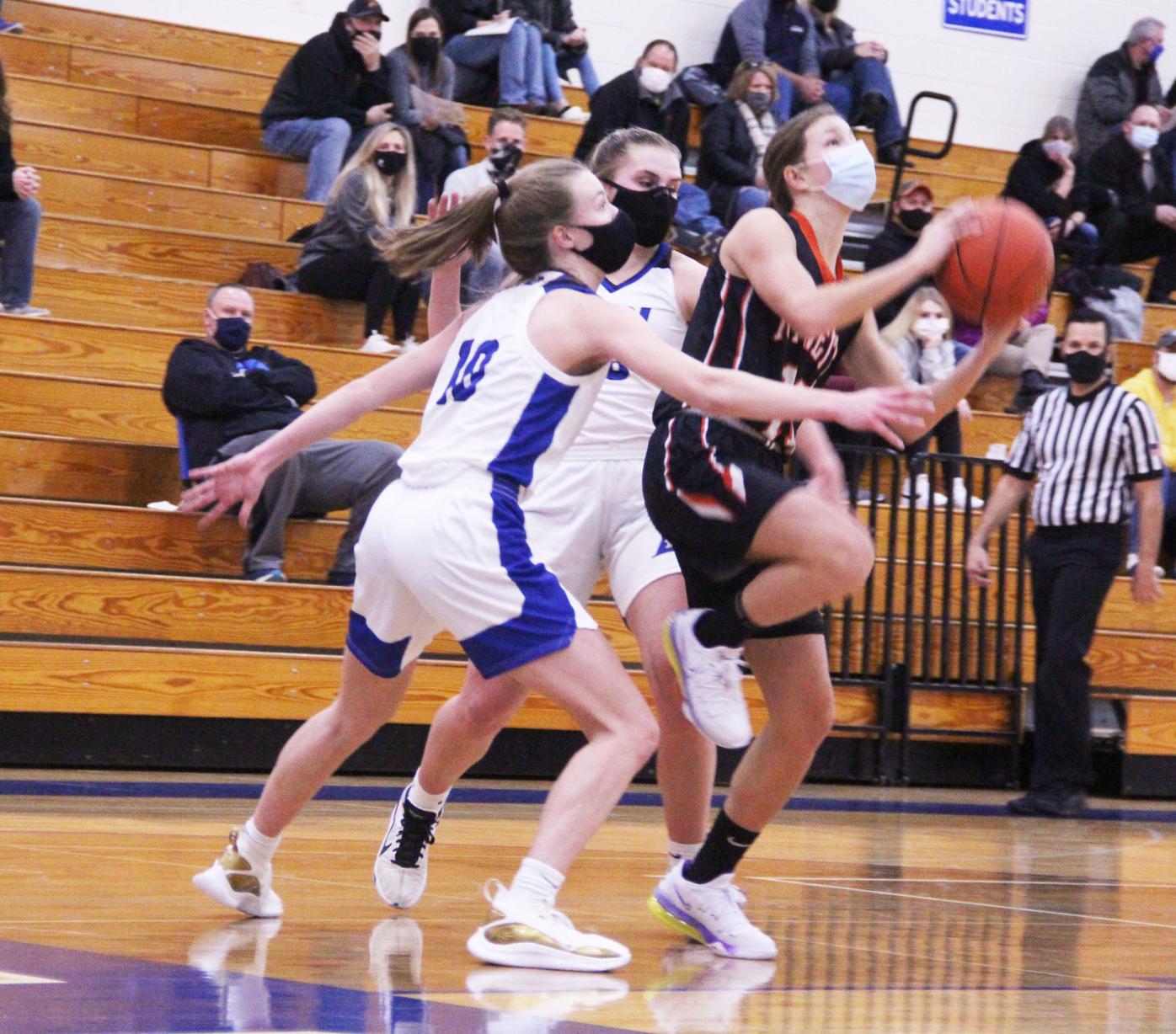 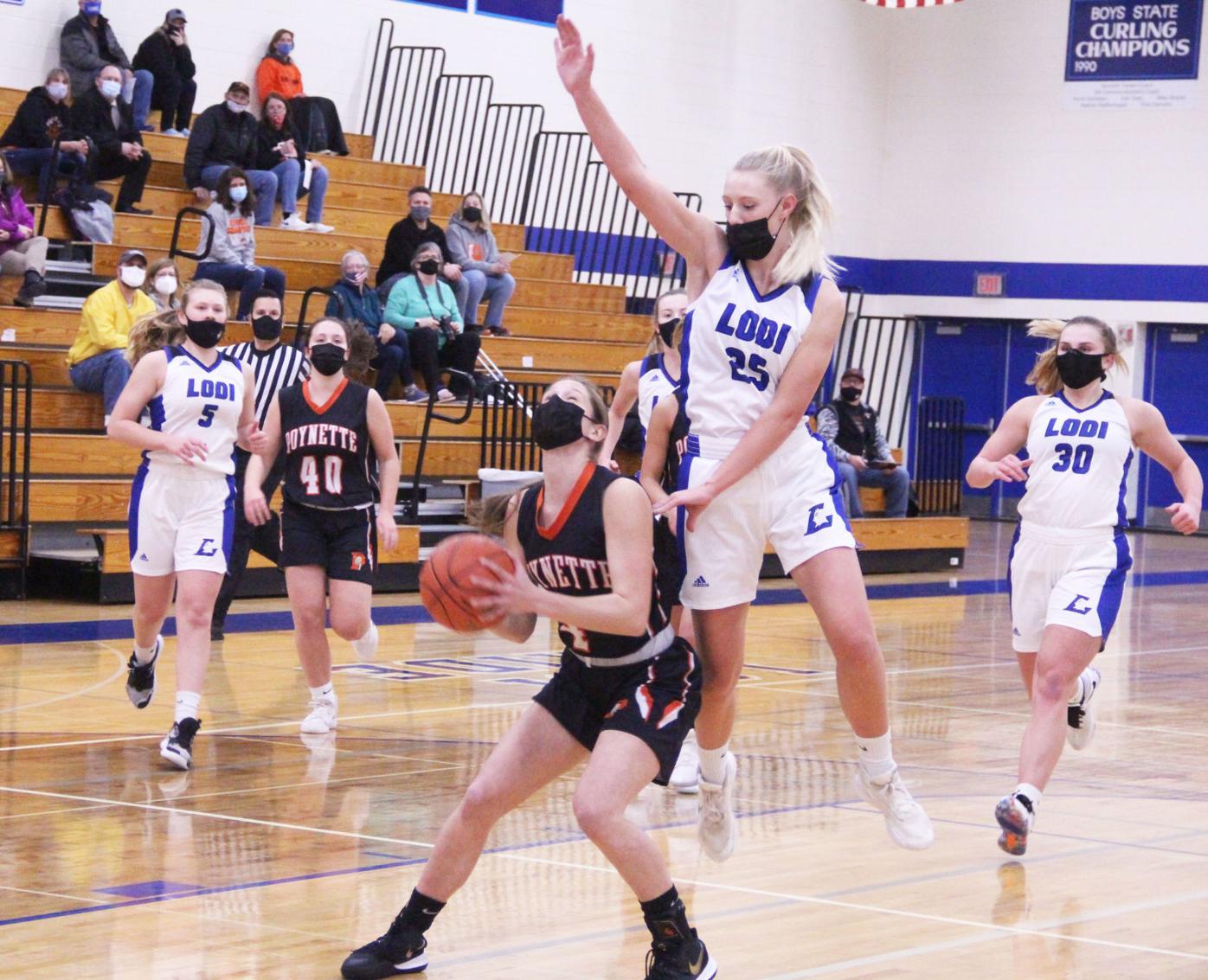 With COVID-19 restrictions limiting the number of fans in the stands, only a handful of spectators were on hand for one of the best games in the long storied rivalry between the Poynette and Lodi girls basketball teams on Jan. 12.

The Capitol North Conference rivals put on an offensive display for the ages. They combined for 22 three-pointers and 157 points.

The Pumas snapped a six-game losing streak to the Blue Devils with a thrilling 79-78 victory. It was Poynette’s first victory of the season.

“I can’t tell you how excited I am for the girls to get their first win of the year,” first-year Poynette coach Tom Mackey said. “We can shoot the basketball, but we haven’t in a game until now. When these girls practice they can shoot and that was evident tonight.”

The Pumas finished the game 11-of-22 from three-point range.

“Hats off to Poynette, they shot very, very well,” Lodi coach Michelle Puls said. “They came out ready and were physical. It comes down to the fact that they played harder than we did. We can’t have a team score 70-plus against us. We have to get back to playing defense.”

The 79 points was the most the Lady Pumas have scored since beating Brodhead 82-66 in a WIAA regional opener in 2018,

The Blue Devils had their highest point total since defeating Waterloo 78-17 to open the 2012-2013 season.

Lodi had a quick start to last week’s game, as Dylann Harrington drained a pair of three-pointers to open the scoring.

Lodi answered with three-pointers by Harrington and Lauryn Milne to go up 17-12.

The teams went back-and-forth the rest of the first half.

Poynette went into halftime with a little bit of momentum after getting a three-pointer by Codi Woodward and a layup by Meister to go up 36-28.

“We had a different mixture of kids in this game,” Mackey said. “I went deep into the bench and I got good effort from all of them.”

After Harrington opened the second half with another three-pointer, Poynette scored eight straight points to go up 44-31.

Harrington remained hot with eight points in a 10-0 run by the Blue Devils. The spurt cut the deficit to 44-41 with 13 minutes, 32 seconds remaining in the game.

“She was on fire from three-point range,” Puls said. “She has really come around and has taken an initiative on offense.”

The Pumas look to be pulling away when they hit four unanswered three-pointers to go up 56-41. Meister hit the first three long balls, while Brooke Steinhorst had the fourth one.

After a layup by Laken Wagner put the Pumas up 69-44 with 4:53 to play, Lodi started a furious comeback.

“We didn’t quit and that is what I love about these girls,” Puls said. “They will play to the end.”

The Blue Devils cut the lead to two, 77-75, with three seconds remaining after Milne drained a trey.

However, Poynette’s Jessica Bruchs sealed the victory with pair of free throws with one second remaining.

Harrington drained a half-court shot at the buzzer to cut the final margin to one.

Meister finished the game 5-of-6 from three-pointer range on her way to a team-high 19 points.

“She is a heck of a three-point shooter,” Mackey said.

Megan Reddeman came away with 17 points for the Pumas, while Bruchs finished with eight.

Harrington and Milne combined to score 70 of the Blue Devils 78 points.

Milne was 15-of-26 from the field on her way to a game-high 36 points, while Harrington went 8-for-15 from three-point range and finished with 34.

The win pushed the Pumas to 2-5 overall and 2-3 in the Capitol North.

Both teams had a slow start in the first half. Poynette held a slim 17-13 lead at halftime.

The pace of the game picked up in the second half. Both teams scored 33 points.

Reddeman paced the Pumas with 12 points, while Bruchs added 10. Radewan and Katelyn Chadwick both finished with eight points.

The loss dropped Lodi to 3-6 overall and 2-2 in the Capitol North Conference.

The Phoenix grabbed momentum in the first half and led 26-21 at halftime.

Luther Prep added to the final margin in the second half after outscoring the Blue Devils 29-27.

The Lady Blue Devils had just five players score in the game. Milne led the way with 18 points.

Rylee Schneider poured in 13 points for Lodi, while Harrington added 11.