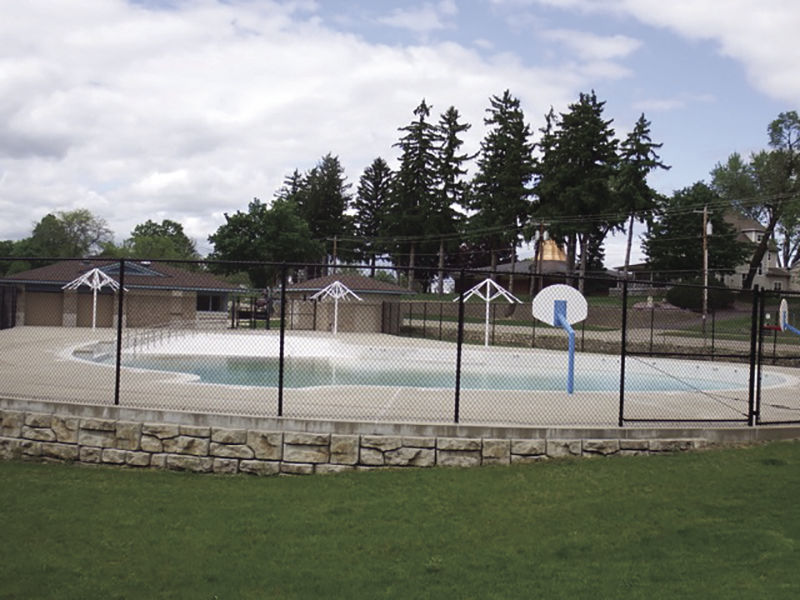 The City of Lodi recently announced that the community pool at Goeres Park will be closed for the 2020 season because of the COVID-19 pandemic. 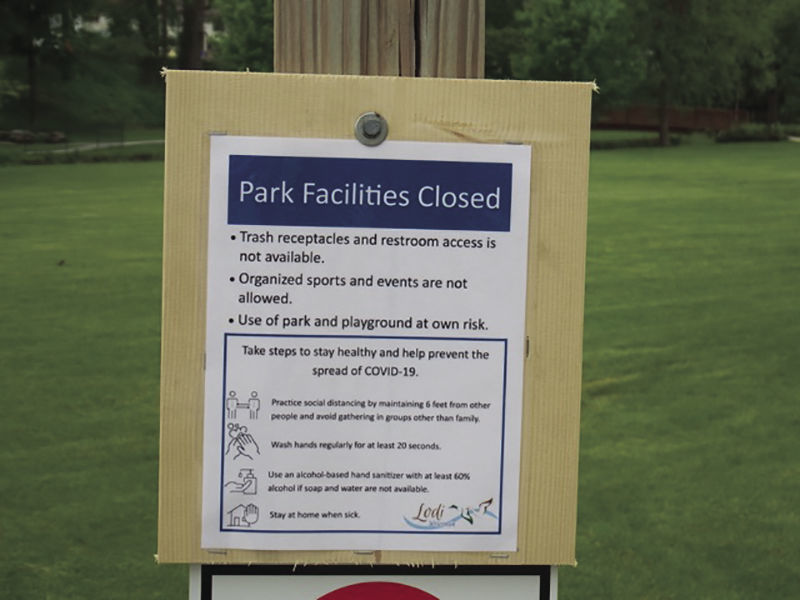 A sign is posted at one of the entrances to Goeres Park in Lodi regarding the restrictions during the COVID-19 pandemic.

The City of Lodi recently announced that the community pool at Goeres Park will be closed for the 2020 season because of the COVID-19 pandemic.

A sign is posted at one of the entrances to Goeres Park in Lodi regarding the restrictions during the COVID-19 pandemic.

The community pool at Lodi’s Goeres Park will be closed for the summer, the city announced recently.

The pool is normally open from mid-June until the end of August and is free of charge, but because of the COVID-19 pandemic, Mayor Ann Groves-Lloyd chose not to open for the 2020 season.

“After many discussions, we have made the difficult decision to not open the Lodi pool this year,” Groves-Lloyd said. “We simply cannot ensure the safety of our residents, and that must remain our top priority. It’s extremely difficult knowing the popularity of the pool and how much our families, friends, and neighbors enjoy it in the summer.”

Groves-Lloyd added, “However, after taking into consideration continued protocols for social distancing and limited group gatherings, as well as the inability to adequately clean and disinfect all the common-touch surfaces throughout the facility, it became obvious that we cannot operate it safely. So, it will remain closed for the summer.”

The City of Lodi is still welcoming donations to support future operations. Individuals interested in donating should contact city hall.

In Poynette, Village Administrator Martin Shanks recommended that the village’s splash pad remain closed until at least July 13 — the date of a village board meeting. The board was supportive of the decision. The board can then re-evaluate the situation and make a decision on whether or not to reopen for the remainder of summer.

Shanks noted that many area municipalities were doing the same thing — either closing facilities temporarily or for the full summer — to discourage large gatherings amid the pandemic. He said that according to Wisconsin Parks and Recreation Association, Baraboo and Madison pools have closed for the 2020 season. In addition Columbus, Sun Prairie, Middleton, McFarland, Portage, Monona, Wisconsin Dells, Reedsburg, Verona and Cross Plains have all closed through June or beyond.

Other closures and cancellations in Lodi, Poynette

The City of Lodi recently announced that all park facilities will be closed to organized leagues and events for the summer.

The parks will be open for individuals and families to enjoy, but all restrooms will remain closed. Everyone using the parks and courts are asked to carry out any garbage as there will not be any trash receptacles placed in the parks.

When using the parks, the city asks that residents and guests abide by guidelines issued by the state, mainly avoiding contact with others, maintaining social distance, avoiding large group outings and practicing good hygiene by washing hands or using hand sanitizer.

In Poynette, Shanks recommended that parks — including trails — courts and fields can remain open for use and that bathroom facilities open immediately. The public works department will start a daily cleaning regimen as recommended by public health authorities. Also, park rentals should not be allowed to be scheduled until after July 13. Special event permits should be taken on a case-by-case basis to determine if it poses a hazard to the community or not.

Poynette’s first showing of this year’s Movies in the Park is canceled for June 5, where “The Secret Life of Pets 2” was to be shown. Shanks advised the board to make a decision at the July 13 meeting regarding the July 24 showing of “Abominable.”

“Communities appear to be overwhelmingly canceling summer events to discourage gatherings and causing potential transmission of COVID-19,” Shanks wrote in a memo to the board prior to the May 26 meeting.