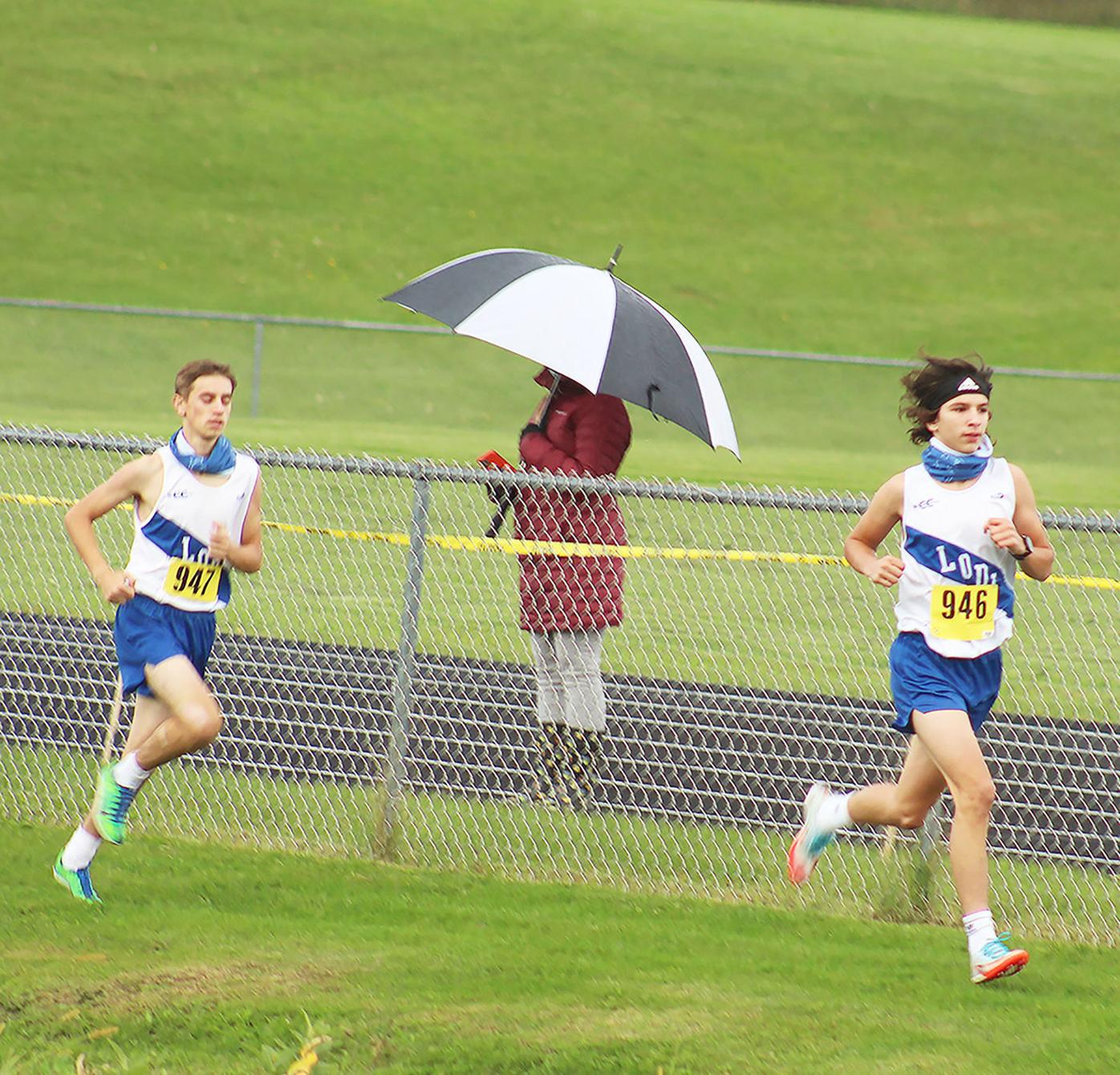 Parker Heintz and Connor Pecard were two of Lodi’s top runners in nearly every race this season. 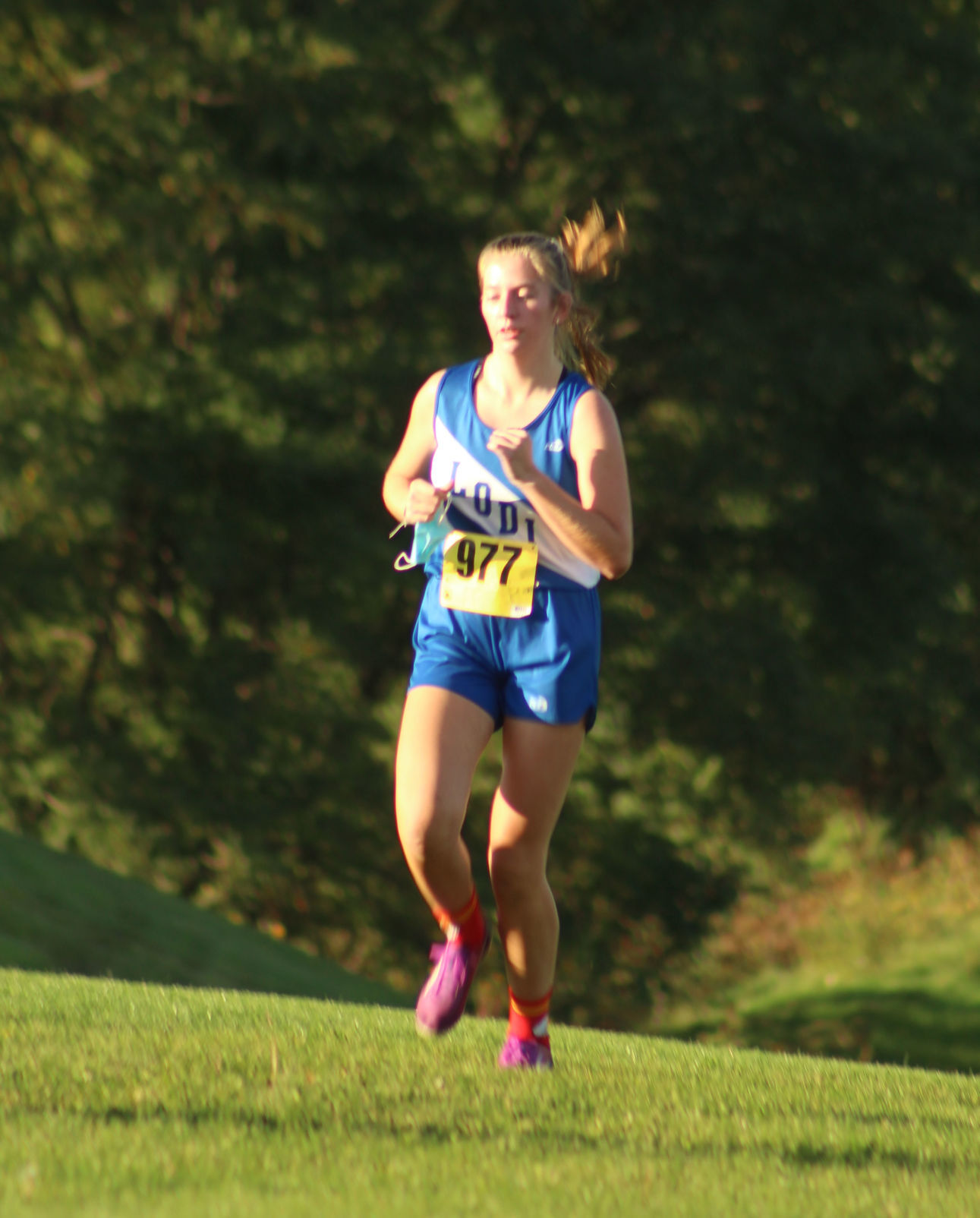 Claire Schoenemann was one of two seniors who played a big role for the Lady Blue Devils this fall.

Parker Heintz and Connor Pecard were two of Lodi’s top runners in nearly every race this season.

Claire Schoenemann was one of two seniors who played a big role for the Lady Blue Devils this fall.

When the dust settled on the fall season, Lodi cross country coach Kurt Wilson was more than pleased with how his team navigated a season during the COVID-19 pandemic.

“I would rate it as a successful season,” Wilson said. “It was very challenging but also very rewarding. It was unfortunate that we could not enjoy all the things a regular season provides, but we did provide the athletes a chance to be together and enjoy training and competing as a team.”

The season was a challenge for all teams, as they had to work their way through local and state restrictions due to the pandemic, along with protocols set in place by each district.

“It was something you just had to deal with,” Wilson said. “Reminding the kids to put their masks up and stay apart seemed like a never ending endeavor. There was a lot of disappointment when we could not have our invitational or attend any others. The biggest challenge was convincing the board to approve having a season. We are very thankful that they did.”

Like many teams, the Blue Devils had to scrap their original schedule. They filled their schedule with nothing but duals.

The new schedule had Lodi competing at home six times during the regular season, while only going on the road once.

“For me, the biggest highlight was when both the boys and the girls won the last home meet,” Wilson said. “We had six home meets and the kids topped it off by having an outstanding meet. The boys ran extremely well and won easily, but the girls were in a nail biter. After finding out we had won by one point, I said to myself that if the season gets shut down after this meet, I could live with it. Fortunately, we were able to run sub sectionals which became very memorable also.”

After a solid regular season, the Blue Devils competed in their first multi-team event of the season, the WIAA Division 2 Poynette Subsectional.

The Blue Devil boys had both Paul Lins and Parker Heintz advance to the sectional, but neither was able to qualify for state.

Lodi had a handful of memorable moments during the 2020 season, but Wilson will remember the things away from the competitions the most.

“I will choose to remember the beauty of the season,” Wilson said. “Despite the circumstances, there was so much enjoyment experienced by both the coaches and the athletes. It was a unique season which provided new perspectives about the sport and life. I will remember how beautiful the school grounds were without any lines on the brilliant green fields. I will remember the beautiful smiles the kids had once they got to their socially distanced spot and could take their masks down. They just made you feel good inside and made you feel that these young men and women are going to be alright.

“Finally, the most important thing I will remember is the beauty of the relationships these athletes formed,” he added. “Many lifetime relationships were formed and/or cemented because of this season. After a very trying five months and with a lot of new faces on the team and unable to do typical team building activities, the team seemed to bond just by hanging out after practice instead of being in a constant rush to get to their next activity that often occurs in a regular season.”

Both Blue Devil squads will have some holes to fill next season, as they are losing a solid group of seniors.

The Lodi boys were led this season by seniors Nathan Schilling, Elijah Collyard and Marchand.

“Mason Marchand and Nathan Schilling have been on the team all four years,” Wilson said. “They have always been great role models on and off the field. They have always been respectful to their coaches and teammates. Mason has been a part of the varsity team all four years. Nathan has developed a love for running that few develop, and he will likely run for enjoyment for a long time. Elijah Collyard came out for the first time this season. He was one of our top JV runners and even scored on varsity early in the season. He fit right in with his teammates and was able to form and develop some nice relationships with many of them.”

“I would have to say that Lauryn Milne and Claire Schoenemann were the heart and soul of the team,” Wilson said. “Lauryn brought a lot of talent but also a lot of grit. She was not just a runner; she was a competitor. You never questioned after a race if Lauryn had given it her all. Claire was the ultimate teammate, has an incredible positive attitude and is a great ambassador for our sport and our school. Lauryn and Claire will be missed for their talent, sense of humor and their leadership.”

Wilson is excited about the future for the Blue Devils.

“We should have very solid teams next season,” Wilson said. “Sectional qualifiers Parker Heintz and Paul Lins will lead a group of talented runners who will be near or at the top of most meets. The girls will have a couple of big holes to fill, but with Norah Lee and an emerging Brook Endres leading the way, we should be fine. We will have a lot of seniors on the team so that experience should be helpful.”