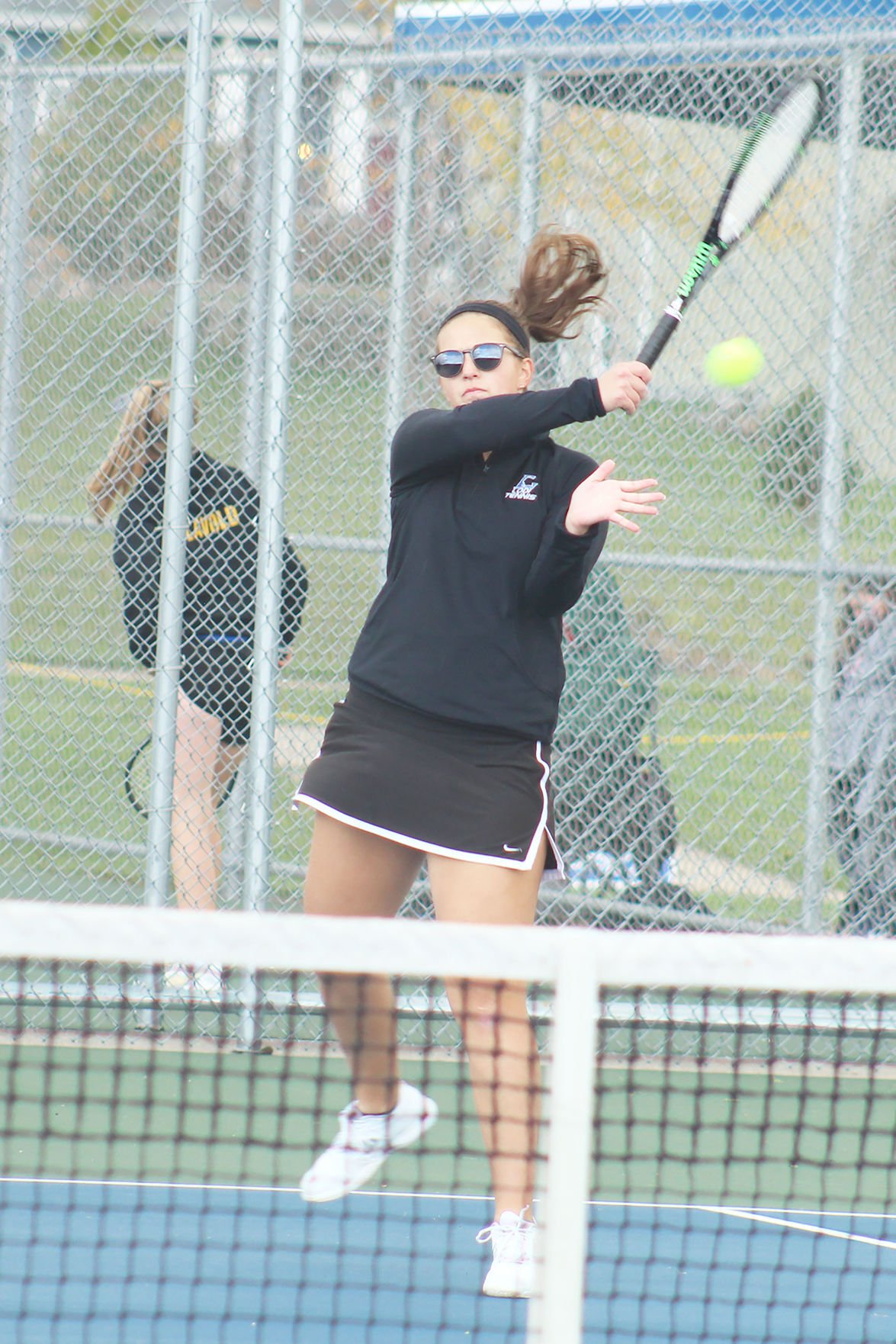 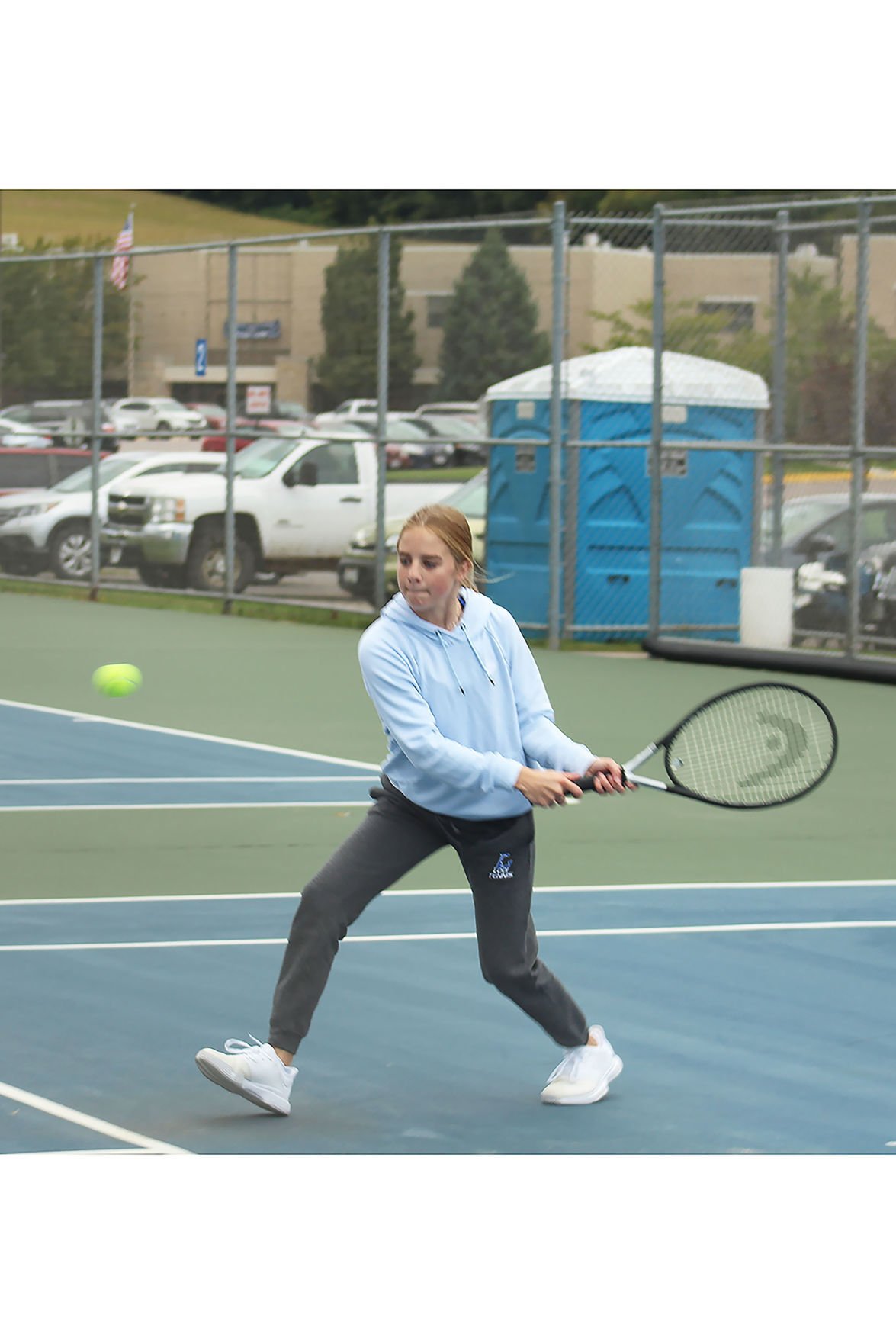 Lodi’s No. 4 singles player Caroline Karls works for a point against Mauston.

Lodi’s No. 4 singles player Caroline Karls works for a point against Mauston.

The Lodi girls tennis team closed out the 2020 regular season with three duals last week. They were only able to win one of the three matches.

Lodi also lost by a 5-2 score the following night against host Sauk Prairie.

The Blue Devils closed out the regular season on Oct. 1 by shutting out visiting Mauston 7-0.

The Lady Blue Devils finished 6-4 during the regular season.

The Blue Devils competed in the WIAA Division 2 Lake Mills Subsectional earlier this week. A recap will be in next week’s Enterprise.

Due to the COVID-19 pandemic, the WIAA state meet has been moved from Nielsen Tennis Stadium in Madison to the Sports Core in Kohler. The state tournament will be held Oct. 15-17.

Big Foot set the tone for the dual by sweeping the four singles matches.

The Blue Devils had No. 1 Dorothy Deans, No. 2 Rachel Winters and No. 4 Caroline Karls all lose in straight sets in singles play.

The Lady Blue Devils had a better showing in doubles play, as they claimed a pair of victories.

Lodi was able to get a pair of wins in singles play against Sauk Prairie, but the Eagles pulled off the doubles sweep.

The Eagles pulled off the sweep in doubles action, but it would not be easy.

The Eagles’ No. 2 duo of Naomi Breunig and Cassie Ziegler defeated Karls and Potter 6-2, 6-4.

Everything went Lodi’s way against Mauston. The Blue Devils won all seven matches in straight sets.

Mayberry and Lange worked their way to a 6-2, 6-2 victory over Allison Lavold and Emma Eilers.

McMahon and Potter closed the dual with a 6-0, 6-1 triumph over Brooke Braunschweig and Virginia Waldhart.