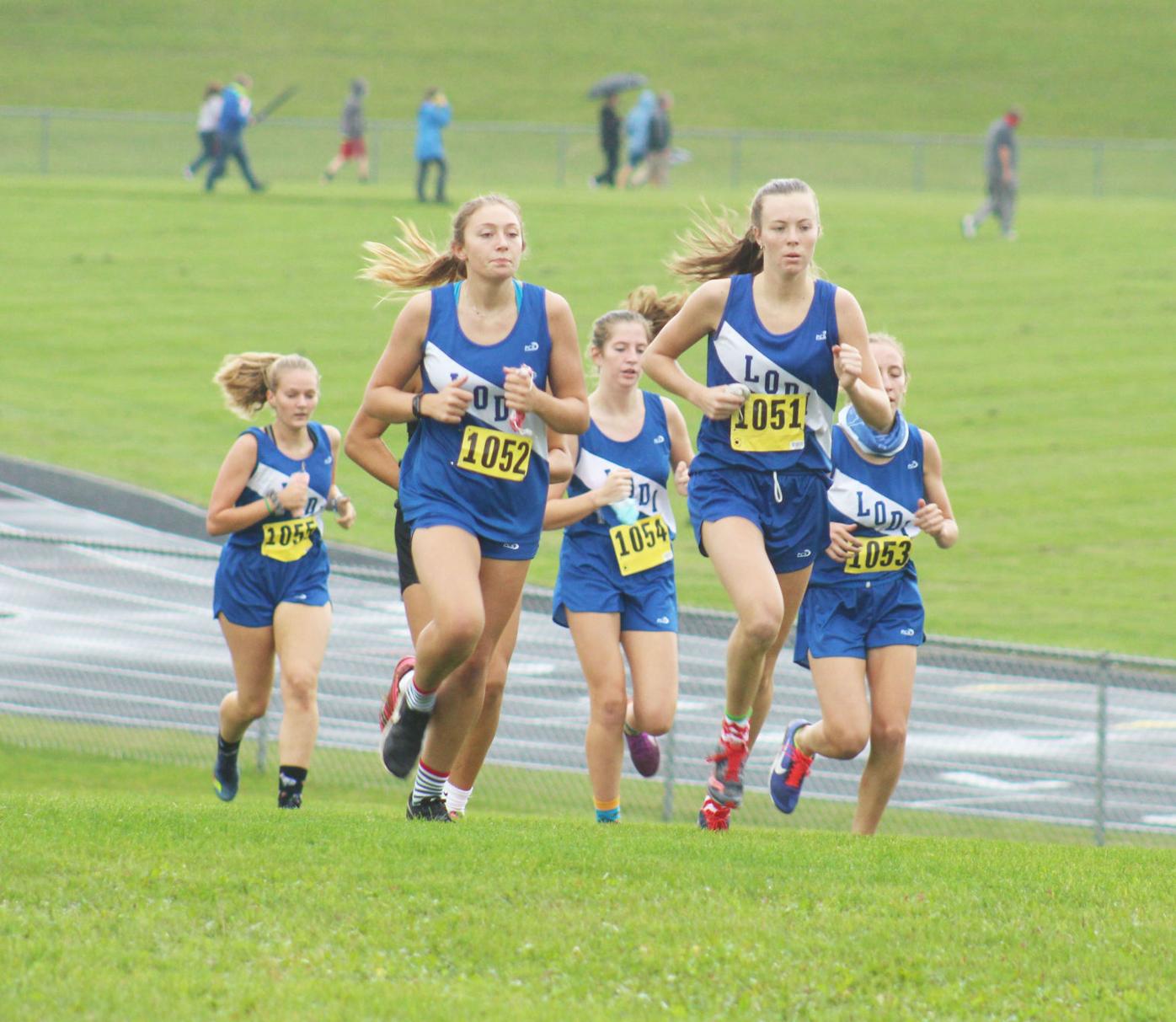 Due to restrictions because of the COVID-19 pandemic, the Lodi boys and girls cross country teams had most of their meets this fall at home. The Blue Devils hosted six duals. 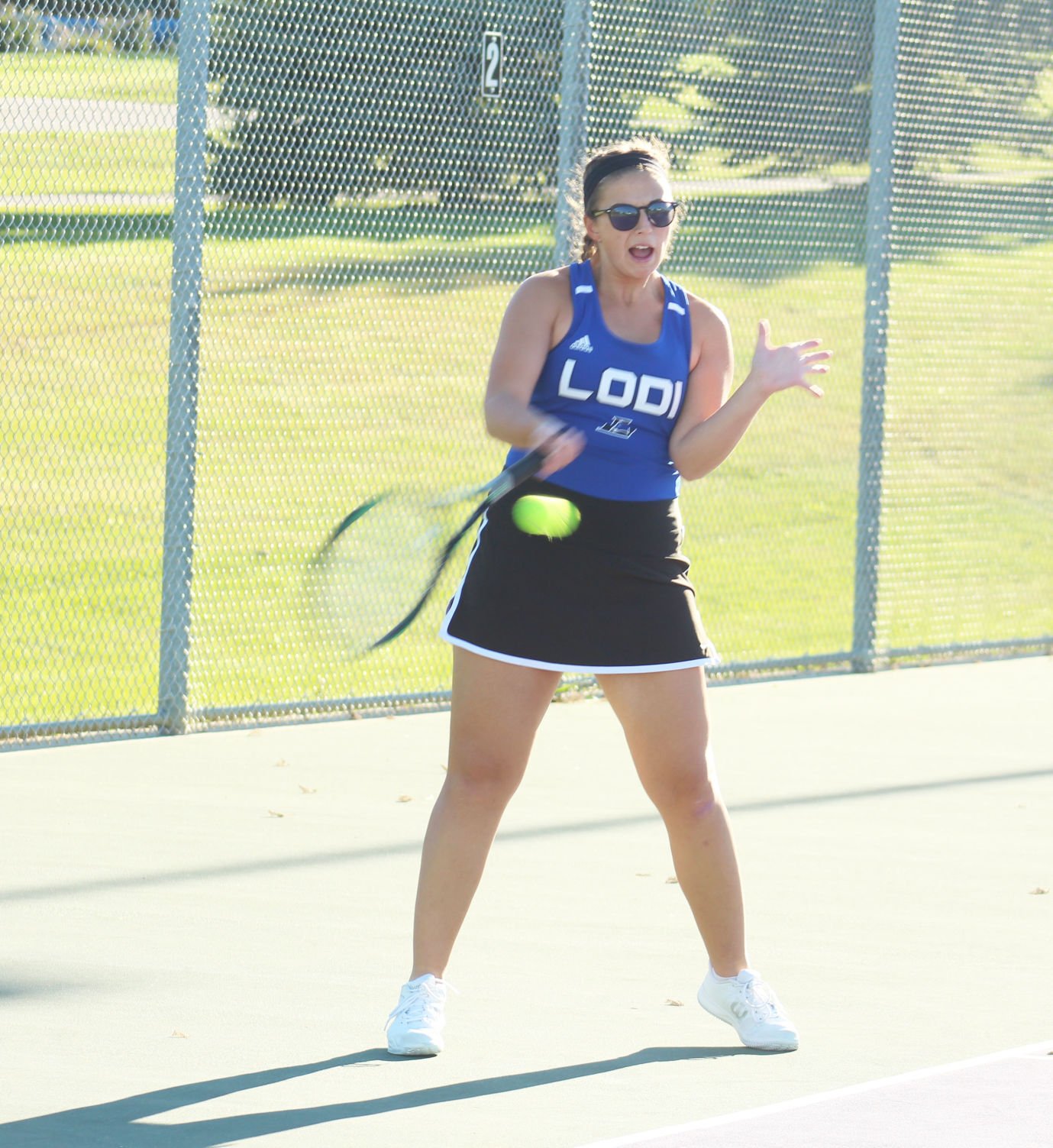 Dorothy Deans and the Lodi girls tennis team were able to compete this fall, while other Blue Devil fall programs have to wait until spring.

Due to restrictions because of the COVID-19 pandemic, the Lodi boys and girls cross country teams had most of their meets this fall at home. The Blue Devils hosted six duals.

Dorothy Deans and the Lodi girls tennis team were able to compete this fall, while other Blue Devil fall programs have to wait until spring.

It was a fall like no other for Lodi’s Sue Meffert. Like all athletic directors, she had to navigate her way through a season challenged by the COVID-19 pandemic.

“Once we started working through the protocols and started competitions, we were happy to give opportunities to our student athletes,” Meffert said.

Like many in the area, Lodi only offered just a few sports this fall and moved others to a shortened spring season. The Warriors competed this fall in girls tennis and cross country, while football, boys soccer, volleyball and girls swimming all moved to the spring.

It was not easy, but Meffert and the Blue Devils were able to navigate through the challenges of a sports season in a pandemic.

“It was a challenge,” Meffert said. “It was a little different because of student athletes were limited to a single-team competitions. We were not allowed to compete in tournaments. We hosted more events in cross country than we ever have before. It was awesome to have a lot of home cross country meets because we have a unique course. Our number of events was decreased, but all our student athletes, coaches and families were happy to have an opportunity to have a season.”

Flexibility was the most important trait during the strange fall season.

“Things changed daily, so flexibility was huge,” Meffert said. “Different schools had different expectations and protocols and that made it challenging, but everybody did a good job with it. It took a lot of communications with coaches and athletes.”

The Blue Devil cross country program competed in seven duals during the regular season and hosted six of them. Their first multi-school event was the WIAA postseason.

The Blue Devils were able to stay relatively healthy this fall.

“We had some who had to be quarantined but for the most part, we stayed healthy,” Meffert said.

The fall programs that were moved to the spring were able hold contact days this fall, as were the winter programs.

“We did contact days but had strict guidelines to follow,” Meffert said. “Many of them used our new stadium or met outside. The kids and the coaches were happy to get out on the new field.”

The Lodi School Board recently voted to move forward with winter sports, including wrestling, girls and boys basketball and boys and girls hockey, both at the high school and middle school.

“All our high school sports are going forward,” Meffert said. “We are going ahead with basketball, wrestling and dance, but boys hockey and girls hockey, which we are offering this for the first time, are up in the air right now because our co-ops are in Dane County.”

The boys hockey co-op is run by DeForest, while the girls program is hosted by Stoughton.

“Our district has put forth some recommendations for the winter season, including no more than two games a week, no competitions on back-to-back days and no tournaments,” Meffert said. “Our first competitions will not be until the week of December 7. That way it is after Thanksgiving and we can see if we have any spikes in cases with people traveling over the holidays.”

The Blue Devils will keep the different levels of each sport separated from each other this winter. The JV, JV 2 and varsity teams will not practice or scrimmage together.

“We want to keep all our programs separated incase somebody has a positive test it only effects their team and not the whole program,” Meffert said. “The teams will all practice at different times. Since there is no in-person school, the athletes can come dressed for practice and not need locker room space. One team will practice and then exit and then we will clean the area before the next team comes into practice.”

For games, tickets to home events will be limited to two per athlete.

To help those who cannot attend home competitions, Meffert said cameras are being installed to live stream games.

“We want those who want to see the games to have a chance to without adding risk,” Meffert said.