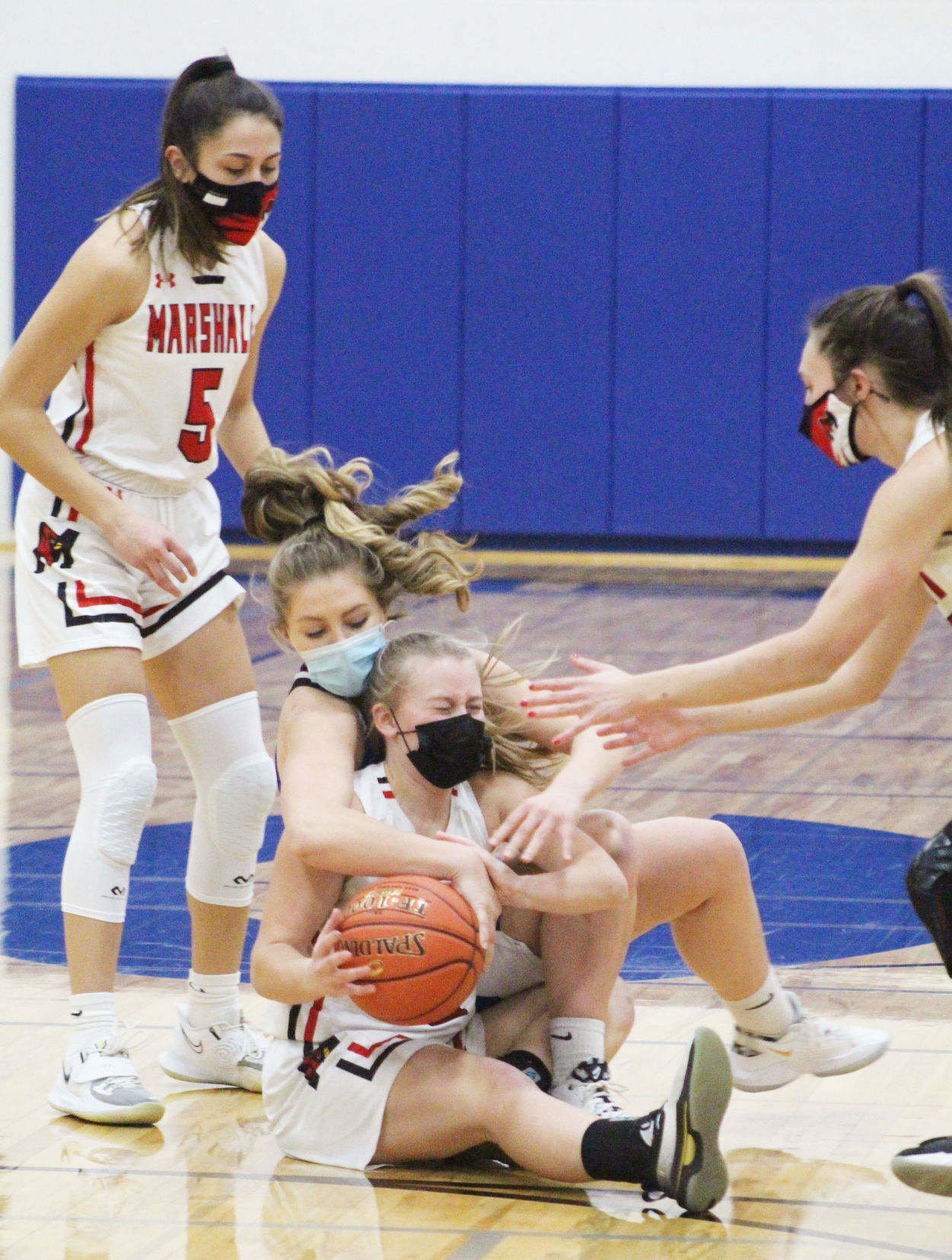 Lodi’s Taylor Ripp and Marshall’s Halle Weisensel (front) tussle for a ball on the court during last week’s sectional semifinal. 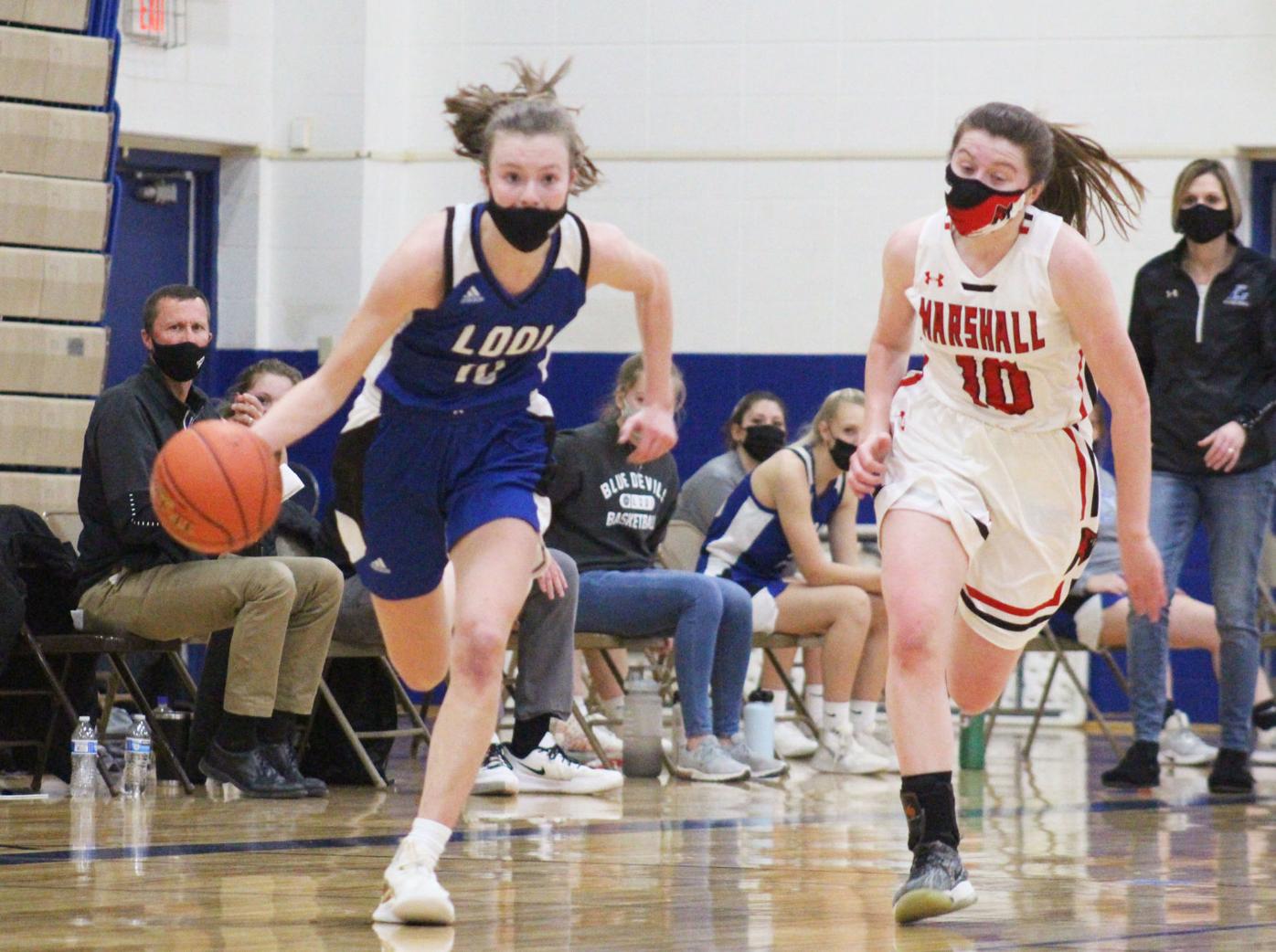 The Blue Devils’ Lauryn Milne races down the court in the loss against Marshall. 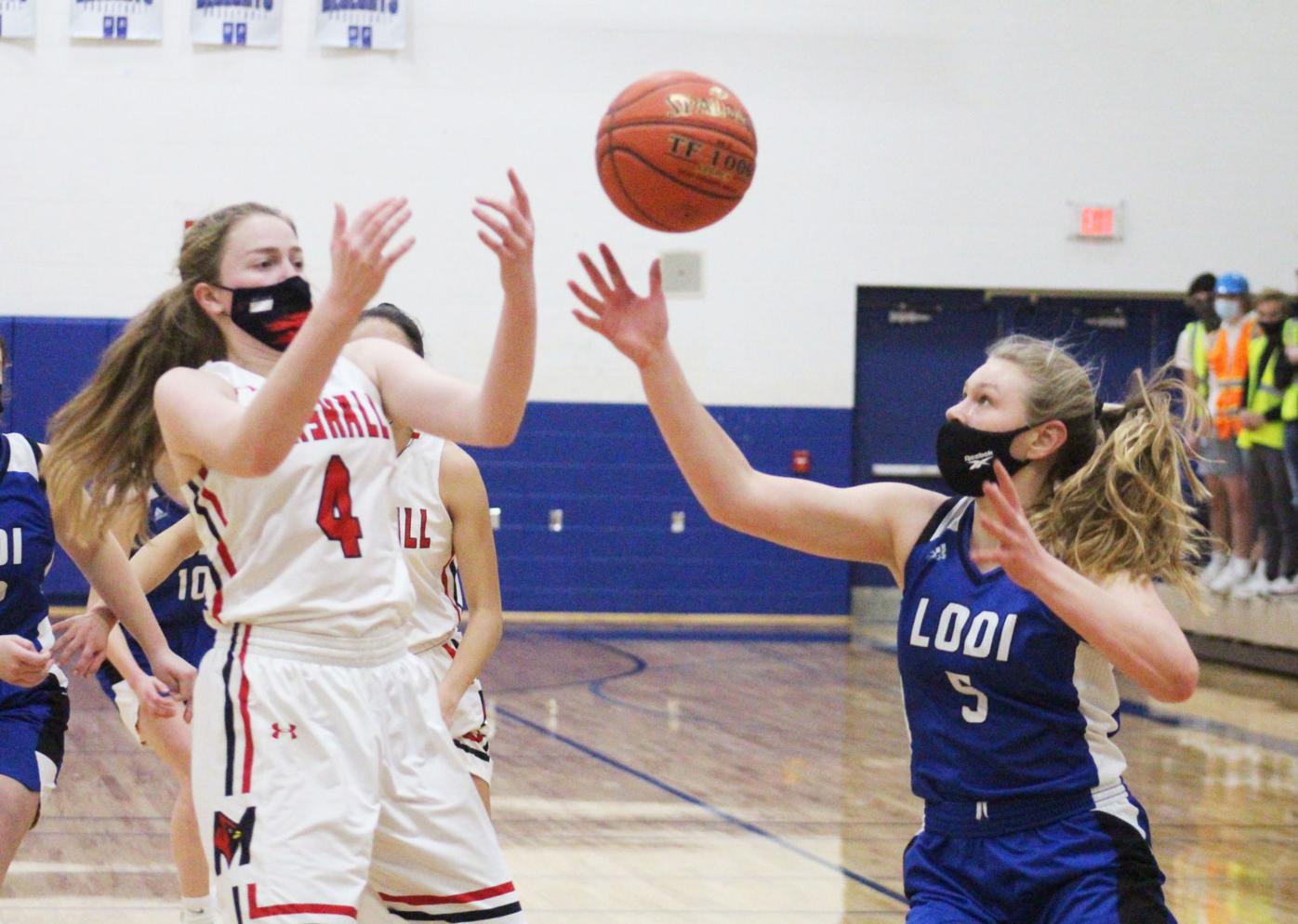 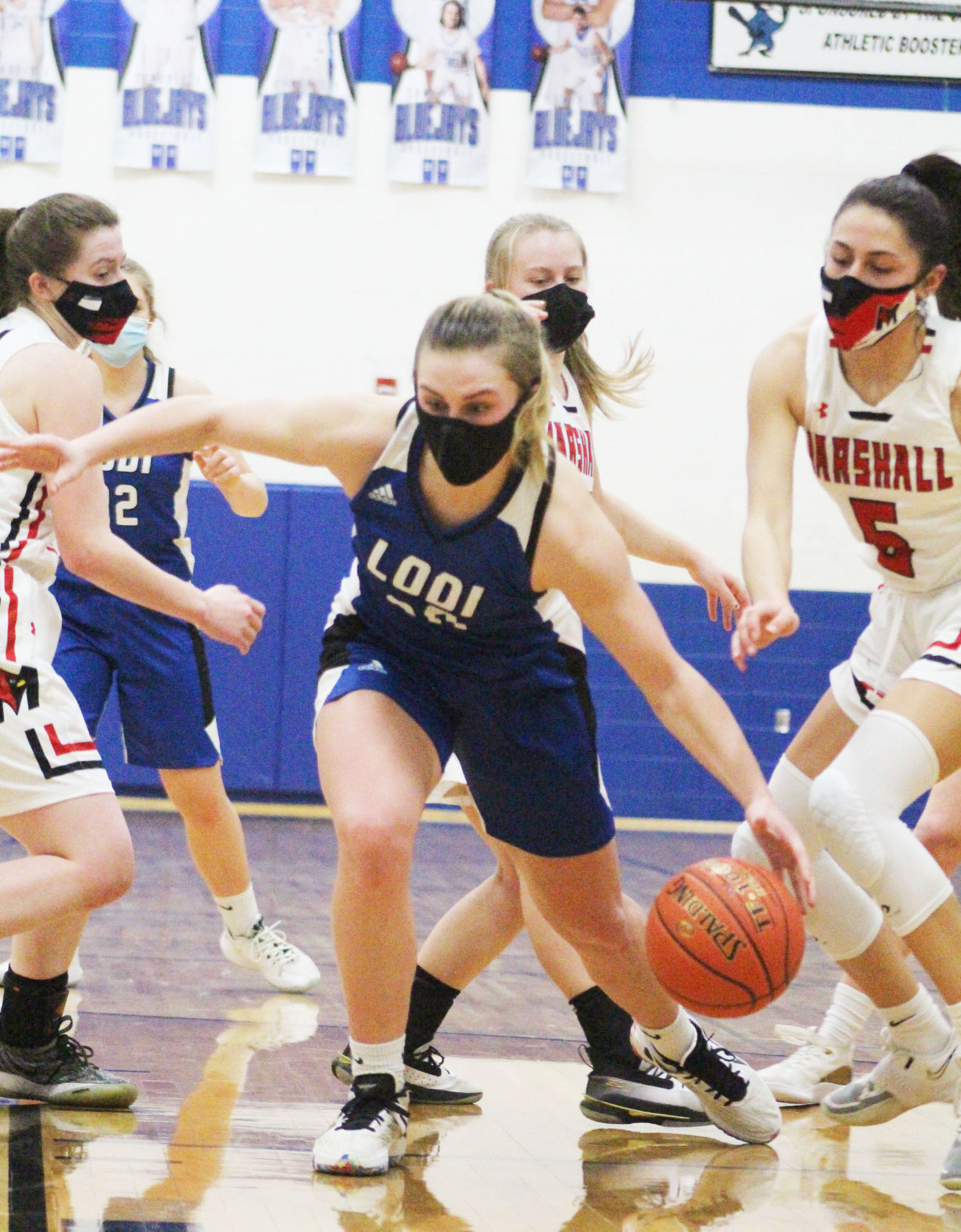 Lodi’s Ella Puls drives to the basket for two of her seven points against Marshall.

Lodi’s Taylor Ripp and Marshall’s Halle Weisensel (front) tussle for a ball on the court during last week’s sectional semifinal.

The Blue Devils’ Lauryn Milne races down the court in the loss against Marshall.

Lodi’s Ella Puls drives to the basket for two of her seven points against Marshall.

For one half, the Lodi girls basketball team went toe-to-toe with fourth-ranked Marshall in their WIAA Division 3 sectional semifinal in Cambridge on Feb. 18. However, the Cardinals came to life in the second half and ended the Blue Devils’ season with a 62-35 victory.

“We competed and that is all we can ask the girls to do,” Lodi coach Michelle Puls said. “We knew it was going to be tough because we are in one of the toughest sectionals by far. To play a team like Marshall you have to play your A game plus some. I’m very proud of the girls because they fought, but in the end, Marshall was too much for us.”

The loss snapped the Blue Devils’ four-game win streak and put a halt to their late-season turnaround.

“If you would have told me around Christmas time that we would be playing in the sectional semifinals, I would not have believed it,” Puls said. “But the girls fought through a lot of adversity and reached their peak at the right time. It was a fun ride.”

Lodi finished the season with a record of 7-10.

Marshall (22-4) had its season come to an end in the sectional final after falling 65-59 to Lake Mills.

The Lady Blue Devils could not have asked for a better start to the sectional semifinal. They raced out to an early 10-2 lead behind five points from Ella Puls.

“That was an exciting start, but with a team like Marshall it is not if they are going to make a run, but when,” Puls said. “I’m proud of the girls because they came out and played like we asked them to.”

After Marshall cut the lead to 10-6, Lodi got back-to-back baskets from Lauryn Milne and Dylann Harrington to go up 14-6 with 9 minutes, 55 seconds remaining in the first half.

Momentum then quickly changed hands as Marshall went on an 18-0 run to go up 24-14. Mya Andrews scored 10 points during the run, while Allie Rateike added seven.

The Blue Devils looked to have things turned around after consecutive baskets by Samantha Klann, Taylor Ripp and Milne trimmed the deficit to 24-20 with 1:25 left in the half.

Andrews gave the Cardinals momentum heading into halftime with a pair of baskets in the final minute. Marshall led 28-20 at halftime.

The Lady Cardinals carried the momentum over into the second half. They blew the game open with a 26-6 outburst to open the second stanza to go up 54-26 with 5:19 remaining.

Lodi had just five field goals in the second half and were outscored 34-15.

Milne led the Blue Devils with nine points, while Klann finished with eight. Ripp and Puls both chipped in seven points.

Andrews finished with a game-high 23 points for Marshall, while Rateike and Anna Lutz contributed 15 and 14 respectively.

“This is a pretty special group,” Puls said. “They have set the tone for Lodi girls basketball and will be greatly missed. Their attitude, effort and heart will be missed. This is a great group of girls who go on to do amazing things.”

The Blue Devils had to play the entire season without Kolinski. The first-team all-conference performer was injured before the season started.

“We are different team with her on the court,” Puls said of Kolinski. “You don’t replace a player like Jaden, you find a way to deal with the loss. It probably would have been a different story this year if we have her, but it forced some girls to step up and play with more confidence.”