Lodi’s seniors walk off the field together one last time last Saturday. 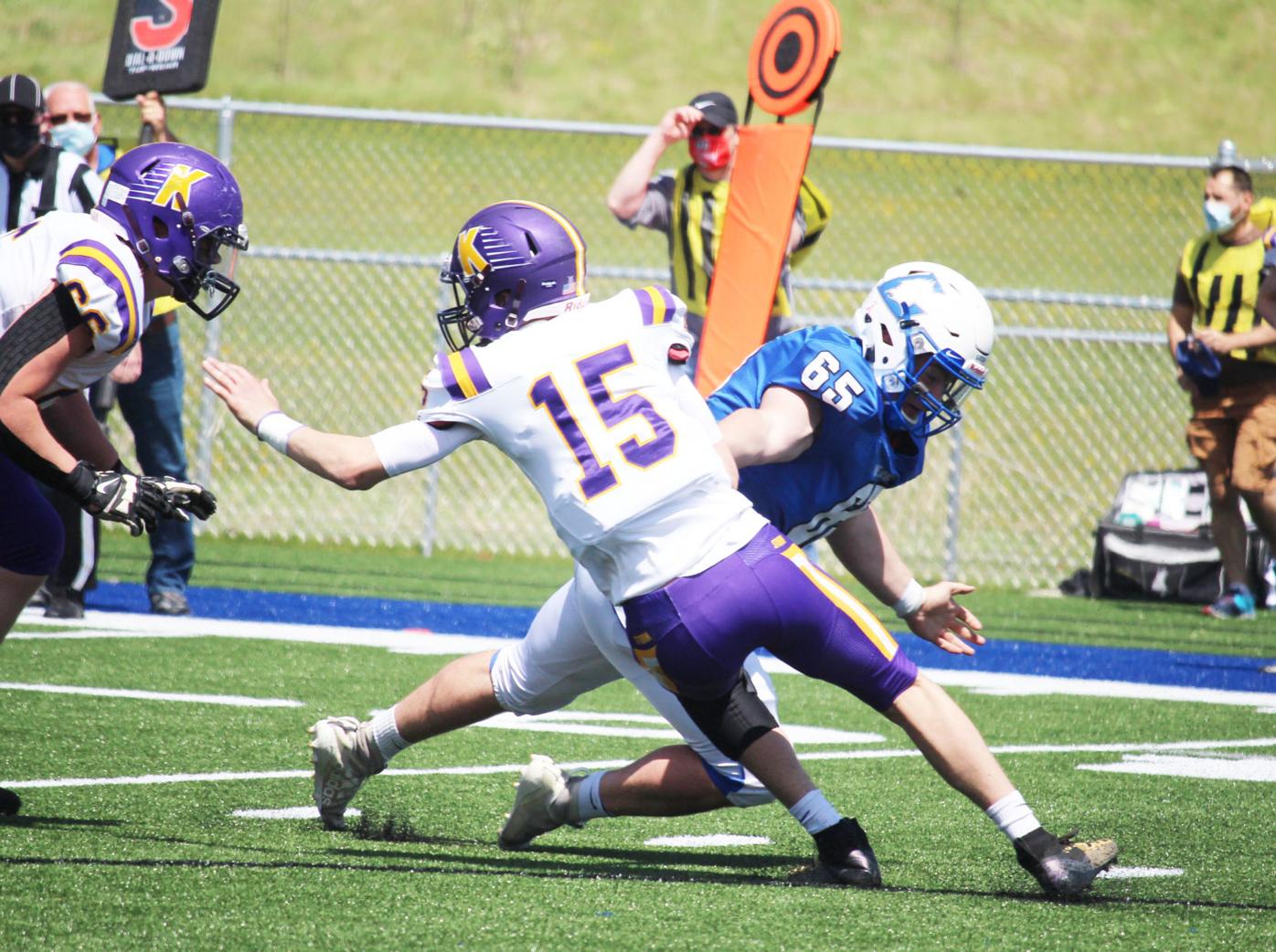 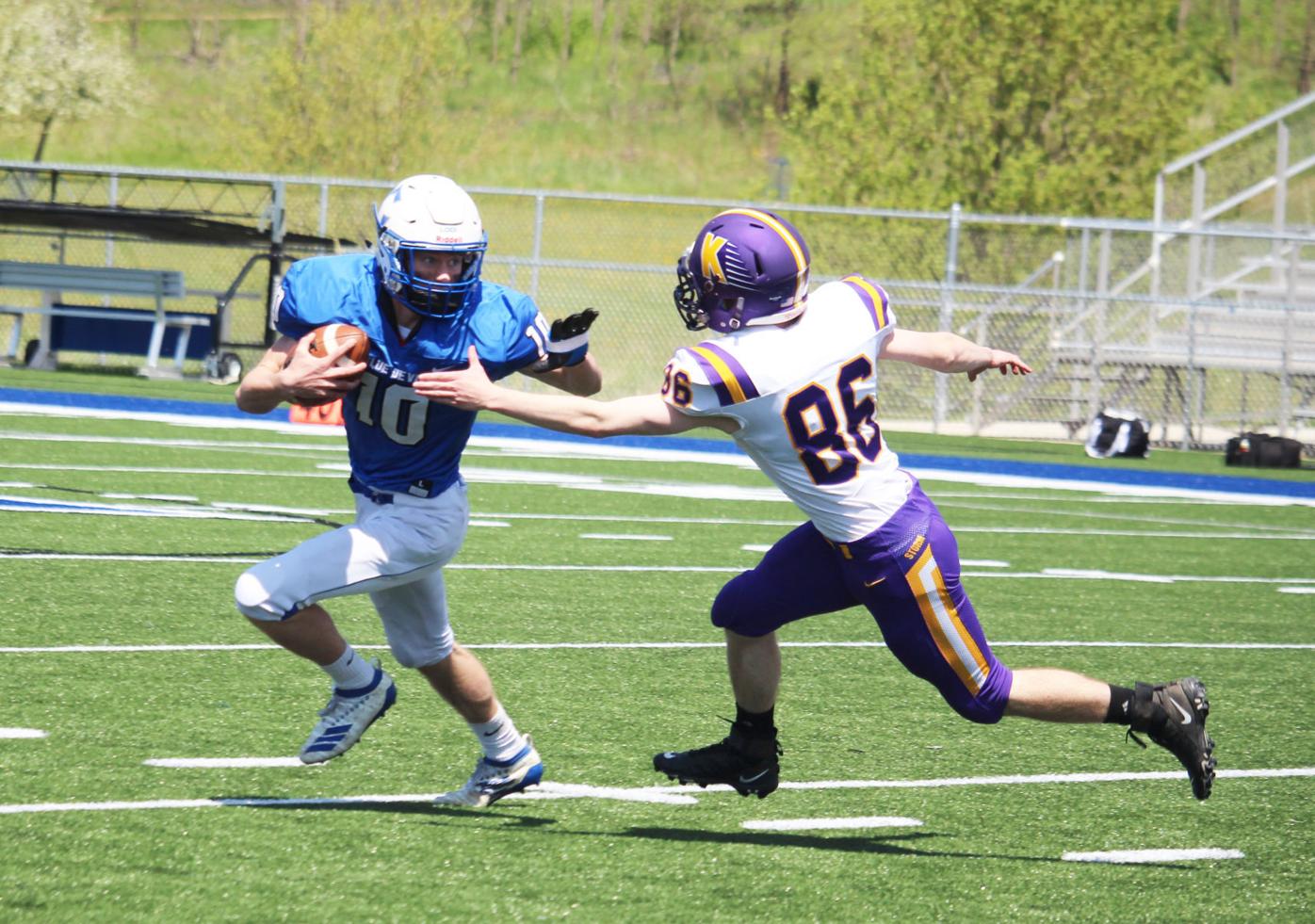 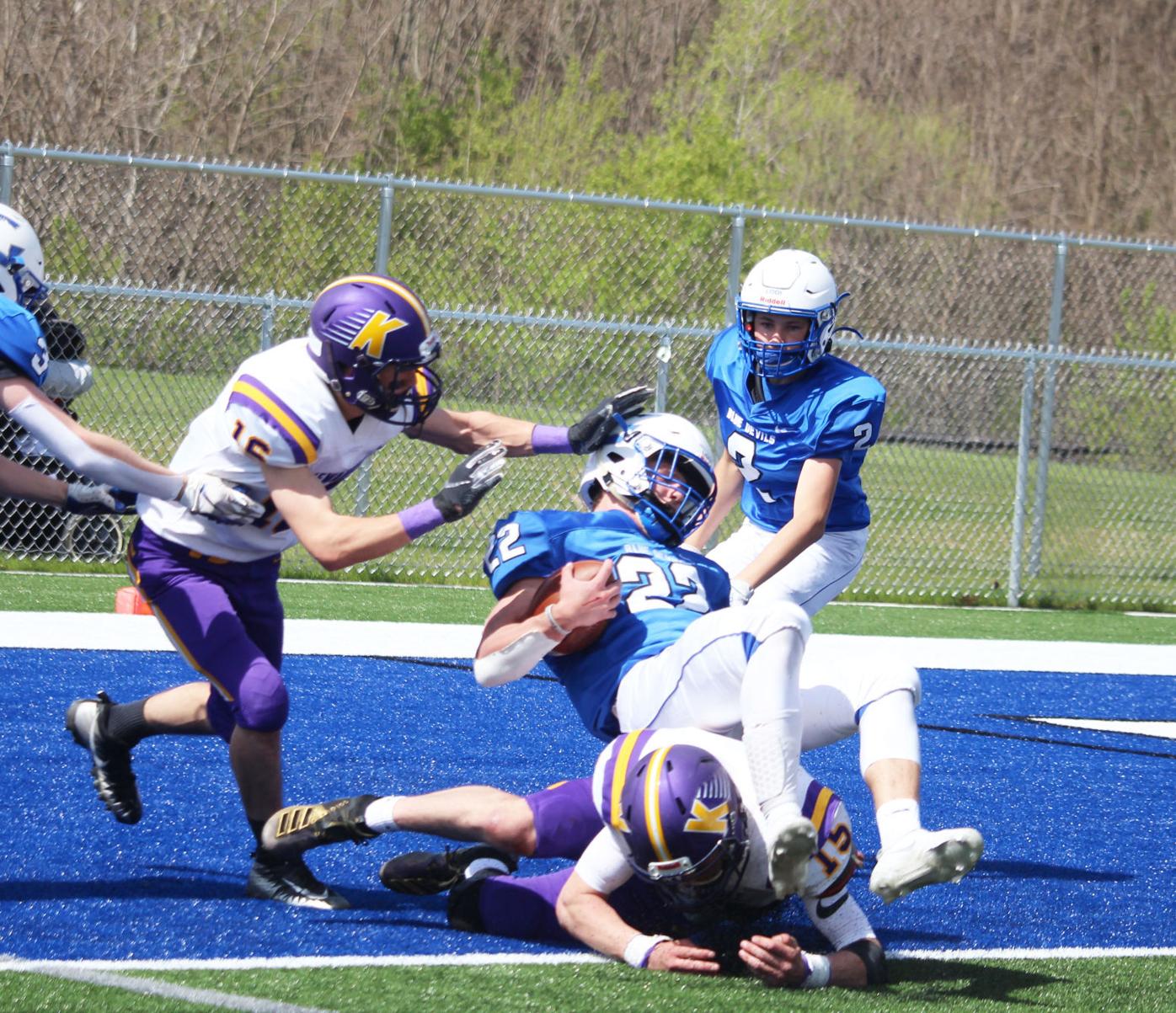 Lodi running back Lucas Heyroth falls into the end zone for one of his two touchdowns against Kewaunee.

Lodi’s seniors walk off the field together one last time last Saturday.

Lodi running back Lucas Heyroth falls into the end zone for one of his two touchdowns against Kewaunee.

During a season like no other, the Lodi prep football team did an outstanding job of navigating through the unprecedented alternate fall season.

The Blue Devils capped off their season by hammering visiting Kewaunee 40-6 last Saturday.

“This was for our seniors,” Lodi coach Dave Puls said. “They have been through a lot and we wanted to send them out right. They had a lot of things taken away from them in the last year and they deserve to go out on a high note.”

“This was a special team,” Puls said. “They stack right up there with all the great Lodi teams. It was a goofy season but you can’t take away what they accomplished. We played some very good competition.”

It was a tale of two halves for the Blue Devils. They struggled in the first half, but still led 6-0.

“We were in a little bit of a fog at the start and made some foolish mistakes we don’t normally make,” Puls said.

Lodi turned it around in a big way in the second half. They exploded for 34 points.

“In the second half our guys played the type of game they wanted to play,” Puls said. “A lot of that is due to senior leadership.”

After a scoreless first quarter, the Blue Devils got on the scoreboard with a 1-yard touchdown run by Lucas Heyroth. They missed the extra-point kick.

Lodi set the tone early in the second half. They capped their opening drive with a 5-yard touchdown pass from Quinn Faust to Garrett Edge. Chandler Curtis added the extra-point kick.

The brother duo of Quinn and Connor Faust then hooked up for a 2-yard touchdown pass after the Blue Devils got the ball back on an interception by Cody Doyle. The extra-point kick was no good, but LHS led 19-0.

Lodi’s next scoring drive was set up by a long punt return by Curtis. A few plays later, Edge scored from a yard out. Curtis upped the lead to 26-0 with the extra-point kick.

The Blue Devils iced the game with two more touchdowns in the fourth quarter to go up 40-0. Heyroth had a 3-yard touchdown run, while Quinn Faust busted loose for a 42-yard scoring scamper.

Kewaunee got a late 4-yard touchdown pass from Alexander Rohr to Mitchell Thompson to avoid the shutout.

Quinn Faust was an efficient 12-of-19 passing for 130 yards and two touchdowns. He also rushed the ball eight times for 66 yards and a score.

Heyroth led all rushers with 103 yards and two touchdowns on 18 carries.

Edge led the Blue Devils’ receiving core with five catches for 65 yards and a touchdown.

Alex Rashid had a team-high 10 tackles for Lodi’s defense, while Kyle Pickarts finished with seven. Heyroth had a pair of sacks, while Doyle and Connor Faust both had interceptions.

Kewaunee managed just 157 yards of total offense. They were limited to 60 yards rushing.