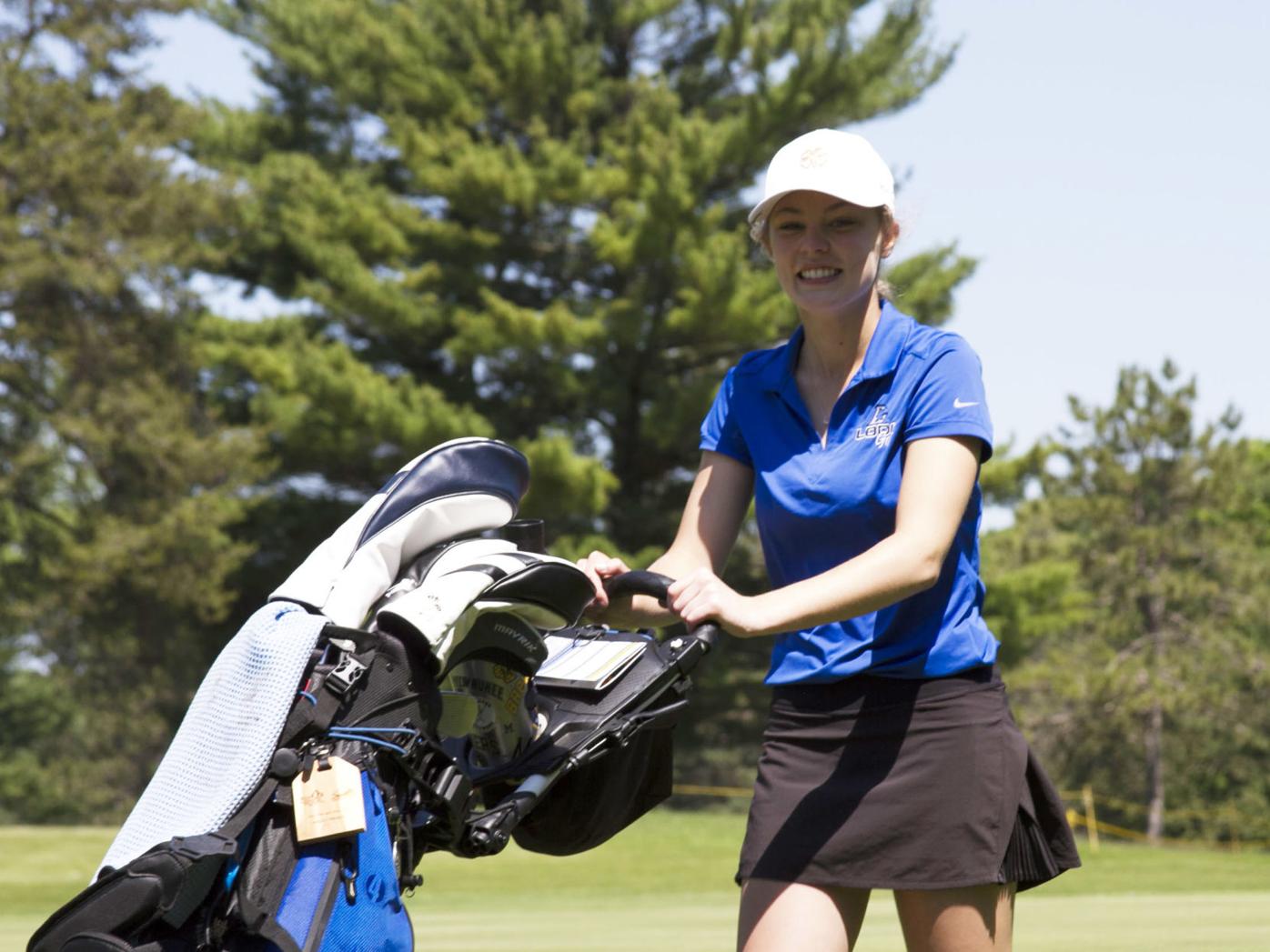 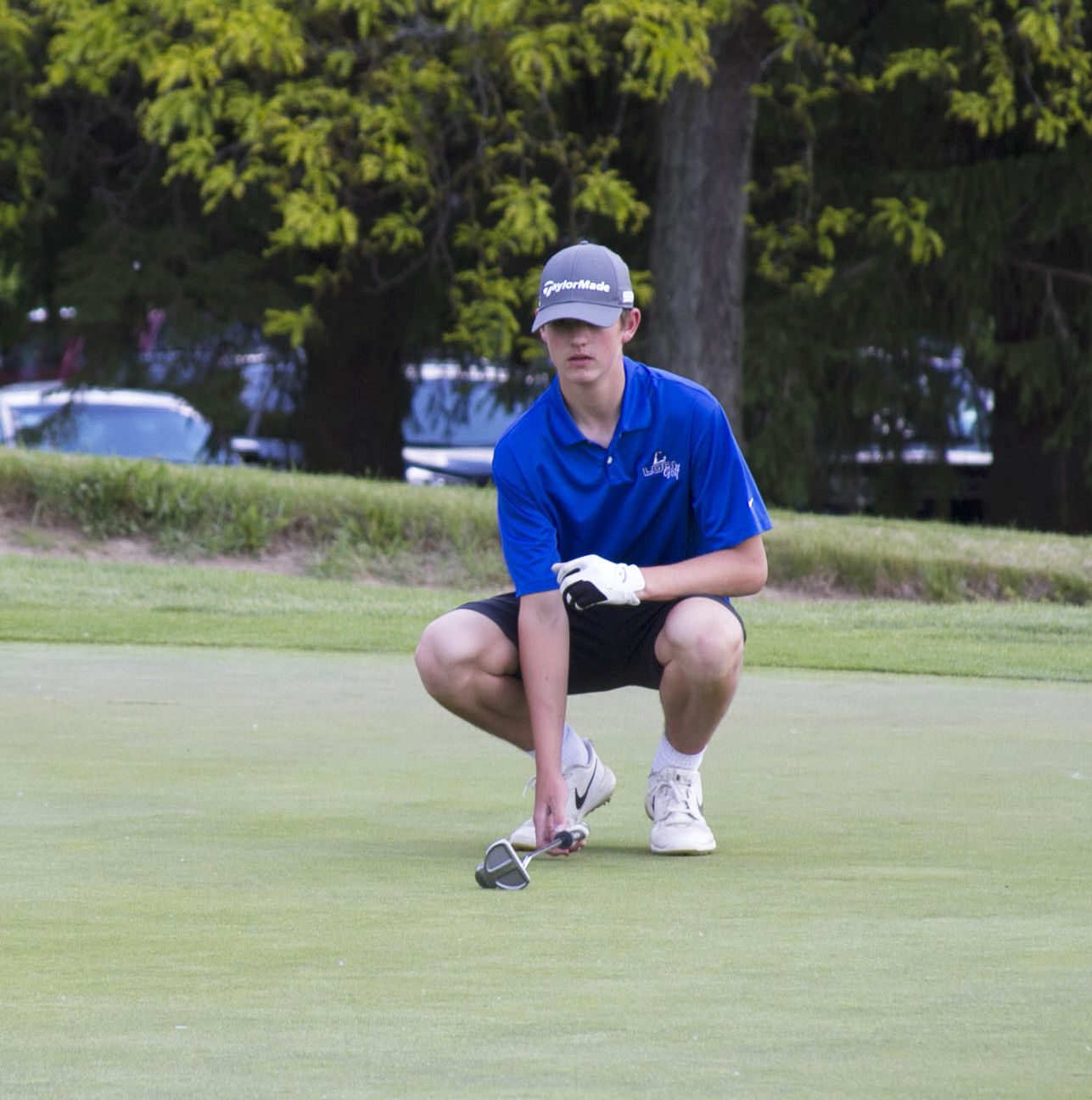 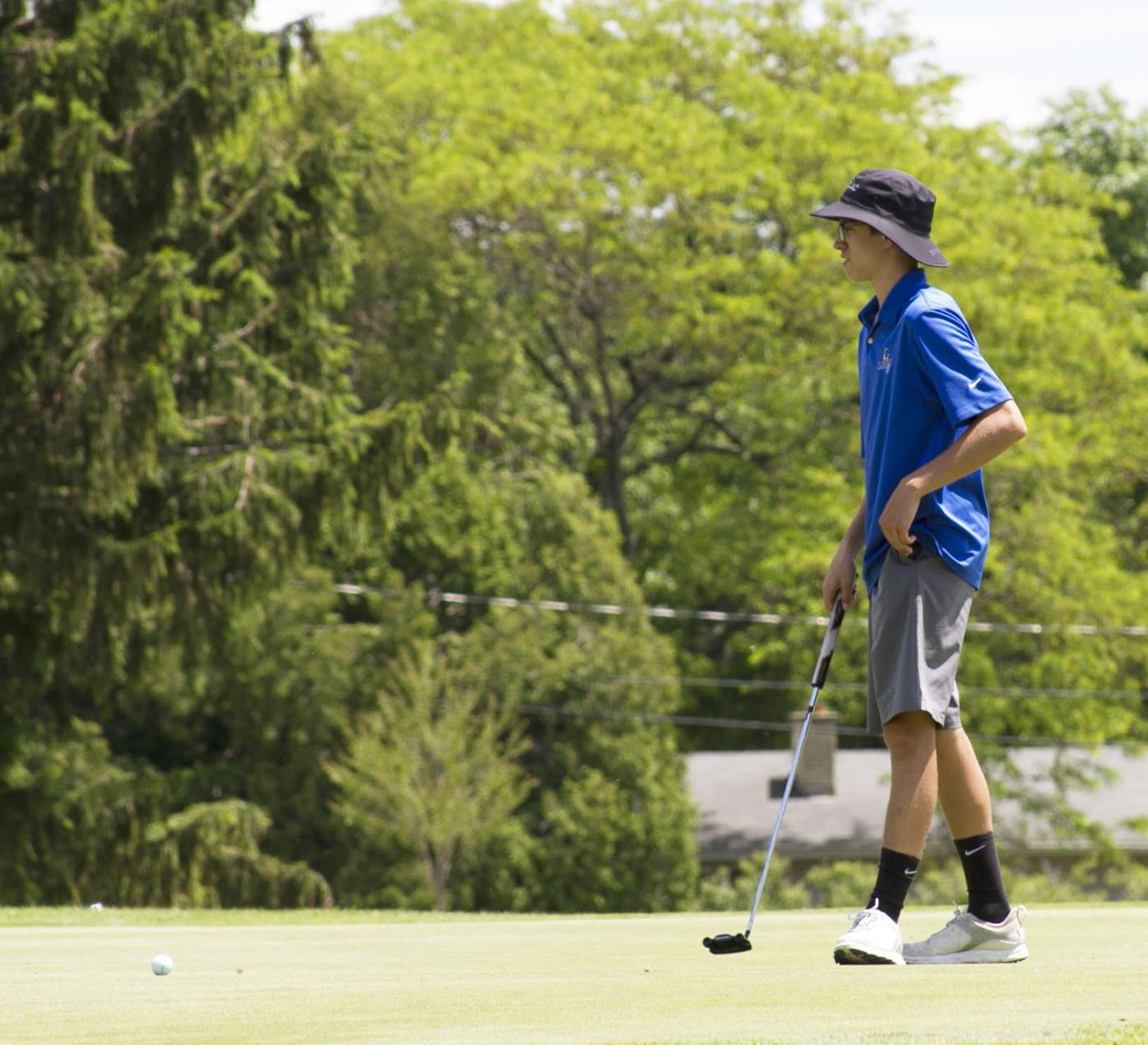 Kogan Baron eyes up his next shot at last week’s Edgewood Regional.

Kogan Baron eyes up his next shot at last week’s Edgewood Regional.

The top four teams at each regional advance to the sectional and the Blue Devils came in third at the Madison Edgewood Regional at Odana Golf Course on June 1.

Lodi came away with a team score of 345 to finish behind only Edgewood (303) and Lake Country Lutheran (331). Lakeside Lutheran shot a 473 to earn the fourth and final qualifying spot.

As she has all season, Haley Thoeny led the Blue Devils. She finished ninth overall with an 83, which was fueled by a 41 on the back nine holes.

Baron used a 40 on the back nine to earn the impressive score, while Meitzner had a 42 on the front nine.

Bailey Clark was the final scoring golfer for the Blue Devils after shooting a 92.

Greg Lins also represented Lodi at the regional. He shot a 98.

Edgewood impressive day was fueled by having all five of its golfers place in the top five.

The Crusaders’ Al Deang was the regional medalist with a 73, while teammate Alex Weiss as second with a 75.

The Blue Devils competed in the Prairie du Chien Sectional earlier this week. A recap will be in next week’s Enterprise.

Lodi is looking to earn its 10th trip to state in program history. The Blue Devils have not advanced to state since placing second in 2017.