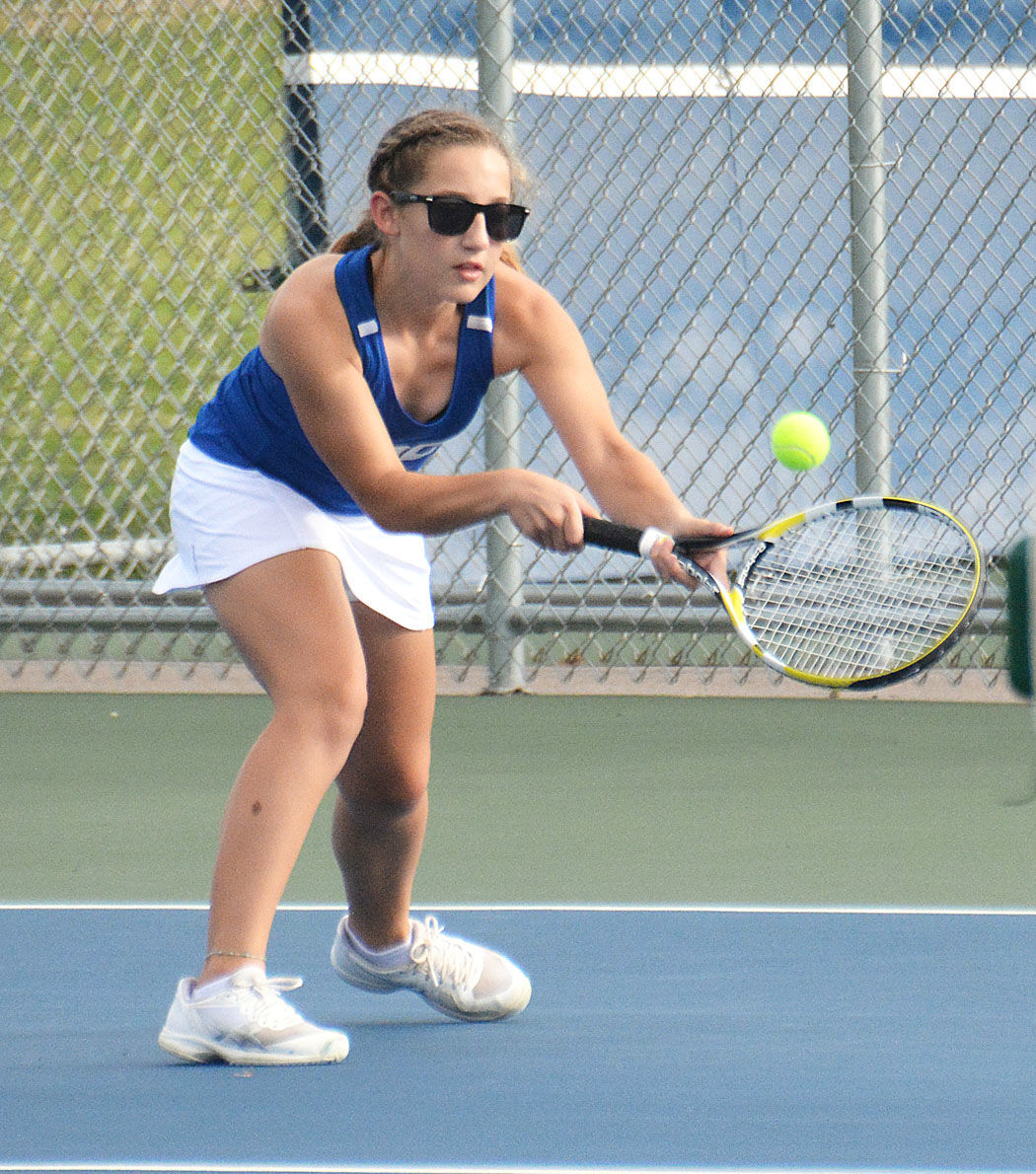 Dorothy Deans returns to No. 1 singles for the Blue Devils. She was the team’s MVP last season. 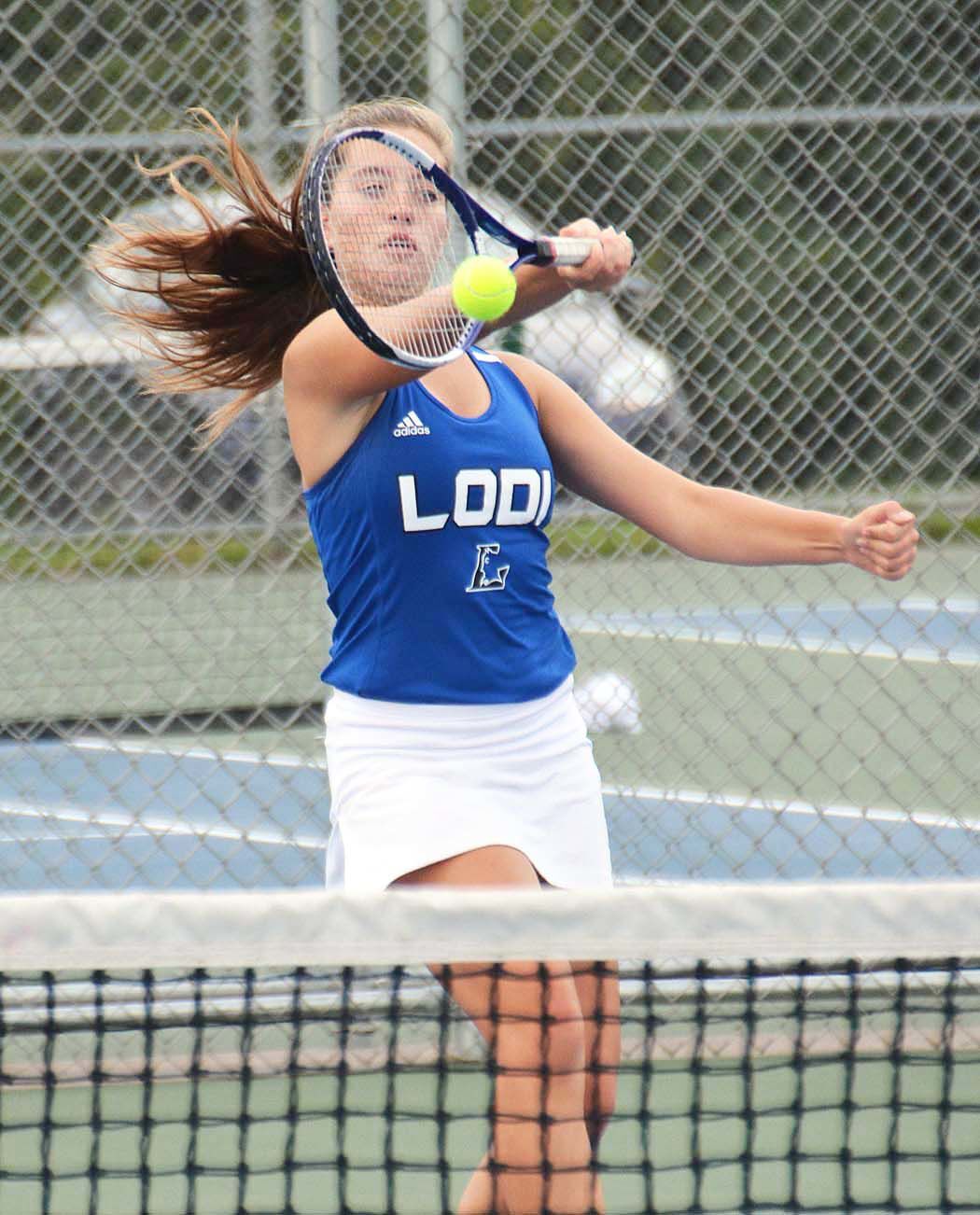 Lexy Karls will again team up with Oliva Lange for Lodi this season. They are moving from No. 3 to No. 2 doubles.

Dorothy Deans returns to No. 1 singles for the Blue Devils. She was the team’s MVP last season.

Lexy Karls will again team up with Oliva Lange for Lodi this season. They are moving from No. 3 to No. 2 doubles.

With the return of a handful of varsity players, the Lodi girls tennis team is hopeful for a successful 2020 season.

“We have a lot of experience on varsity this season,” Blue Devil coach Joe Birkholz said. “Giving us the ability to focus on more specific skills and strategies than we have in the past.”

Last season, the Lady Blue Devils went 3-1 during the Capitol Conference dual season. They then finished third at the conference tournament.

Lake Mills also claimed the overall conference crown with 16 points, while Lodi and Luther Prep tied for second with 10. Columbus (four) and Wayland Academy (zero) rounded out the standings.

“Our goal is always to win conference,” Birkholz said. “This season we won’t be able to play at the conference tournament, so we are focusing on the possible end-of-season tournament. It doesn’t change much from a day to day perspective. It’s always to get the most out of each day’s practice. On an individual level, every player focuses on becoming a little better than the day before.”

Due to the COVID-19 pandemic, the Capitol Conference canceled all events and championships this fall. It is one of several changes to the season the Blue Devils will have to deal with because of the pandemic.

“It’s changed very little about how the season has started,” Birkholz said. “We won’t be having our large tourneys this year, which will be missed.”

Deans return to the No. 1 singles spot. She placed fourth at the conference tournament and earned the team’s MVP award.

“Dorothy Deans is our top singles player returning from last season,” Birkholz said. “She played No. 1 singles for us last year and has made some huge upgrades to her game for this season.”

Winters is making the move from No. 3 to No. 2 singles this year. She claimed Lodi’s only conference title last season.

Taylor Paar was the runner-up at No. 4 singles last season. She will make the move to No. 3 singles this year.

Caroline Karls will start the season at No. 4 singles for Lodi.

Krista Mayberry and Alihah Sebert will handle duties at No. 1 doubles this season. The duo placed third in the conference at No. 2 doubles last year.

Lexy Karls and Oliva Lange will again team up together this season. They are moving from No. 3 to No. 2 doubles. They placed second at the conference tournament last year.

The duo of Mira Potter and Rylee Schneider will open the season at No. 3 doubles.

With a number of unknowns this season, the Blue Devils will focus on improving this season.

“As a team, we generally focus on individual growth,” Birkholz said. “Every day just be better than the day before.”