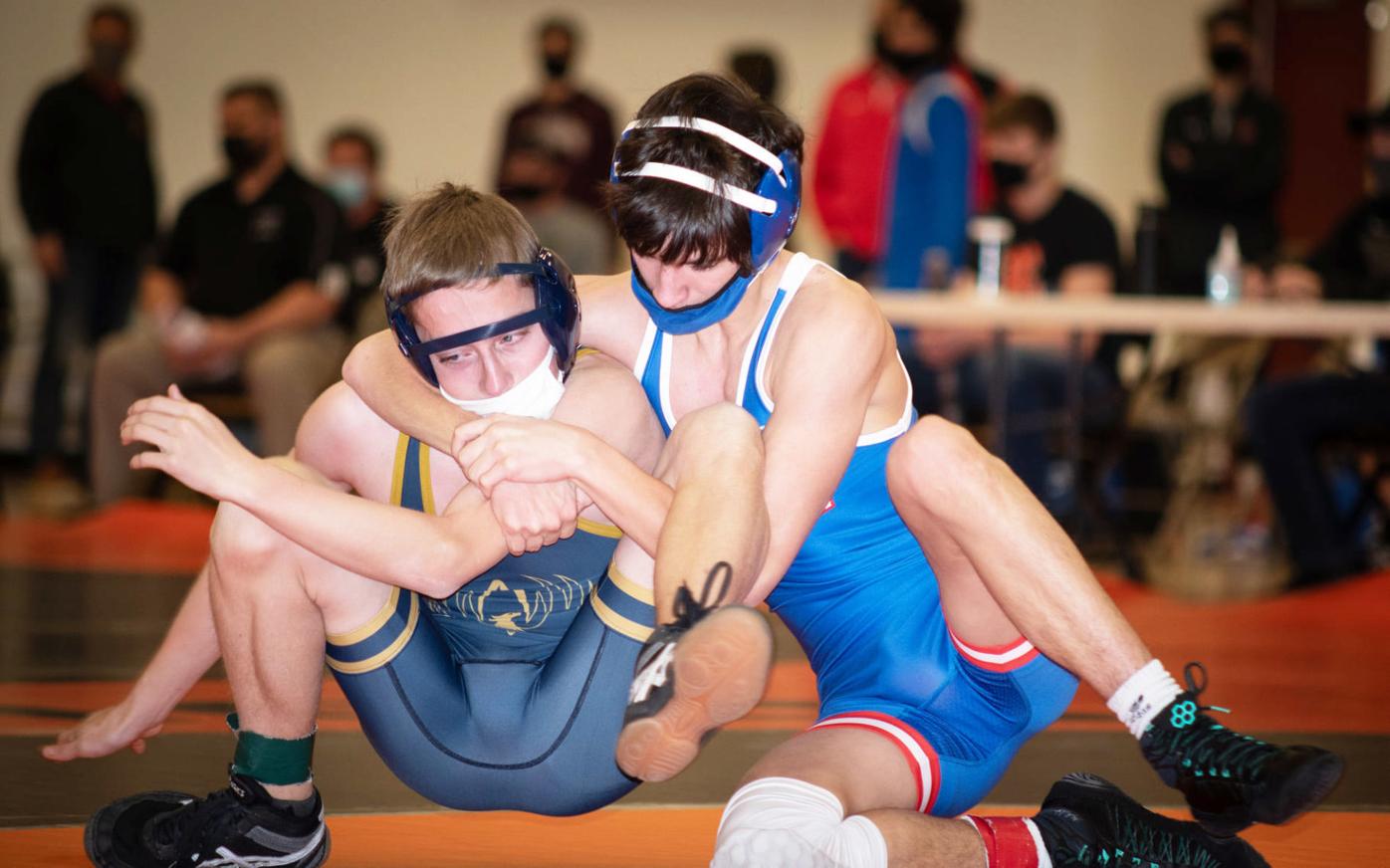 Lodi’s Parker Heintz earned his third trip to state after placing second at the Richland Center Sectional on Saturday. 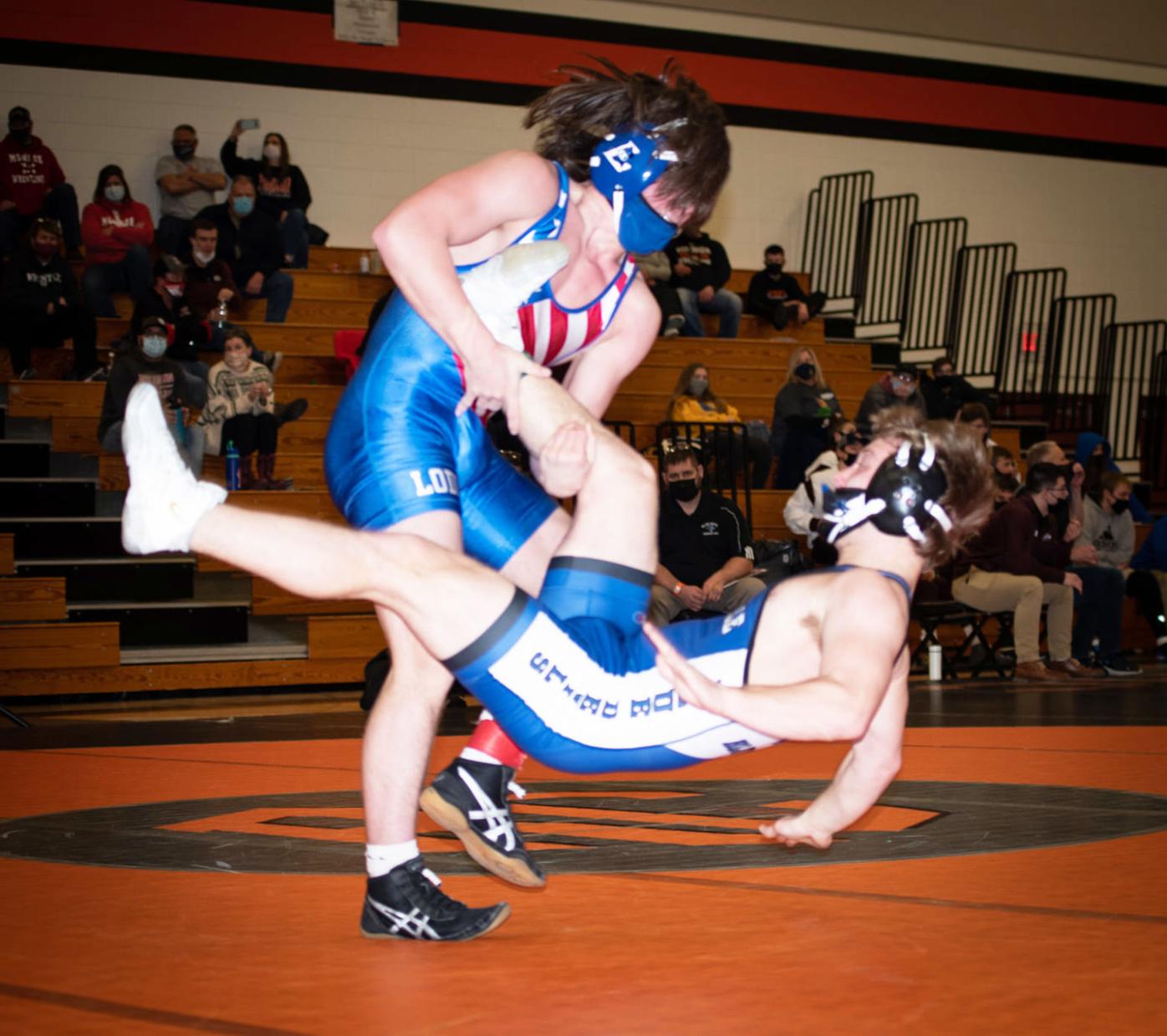 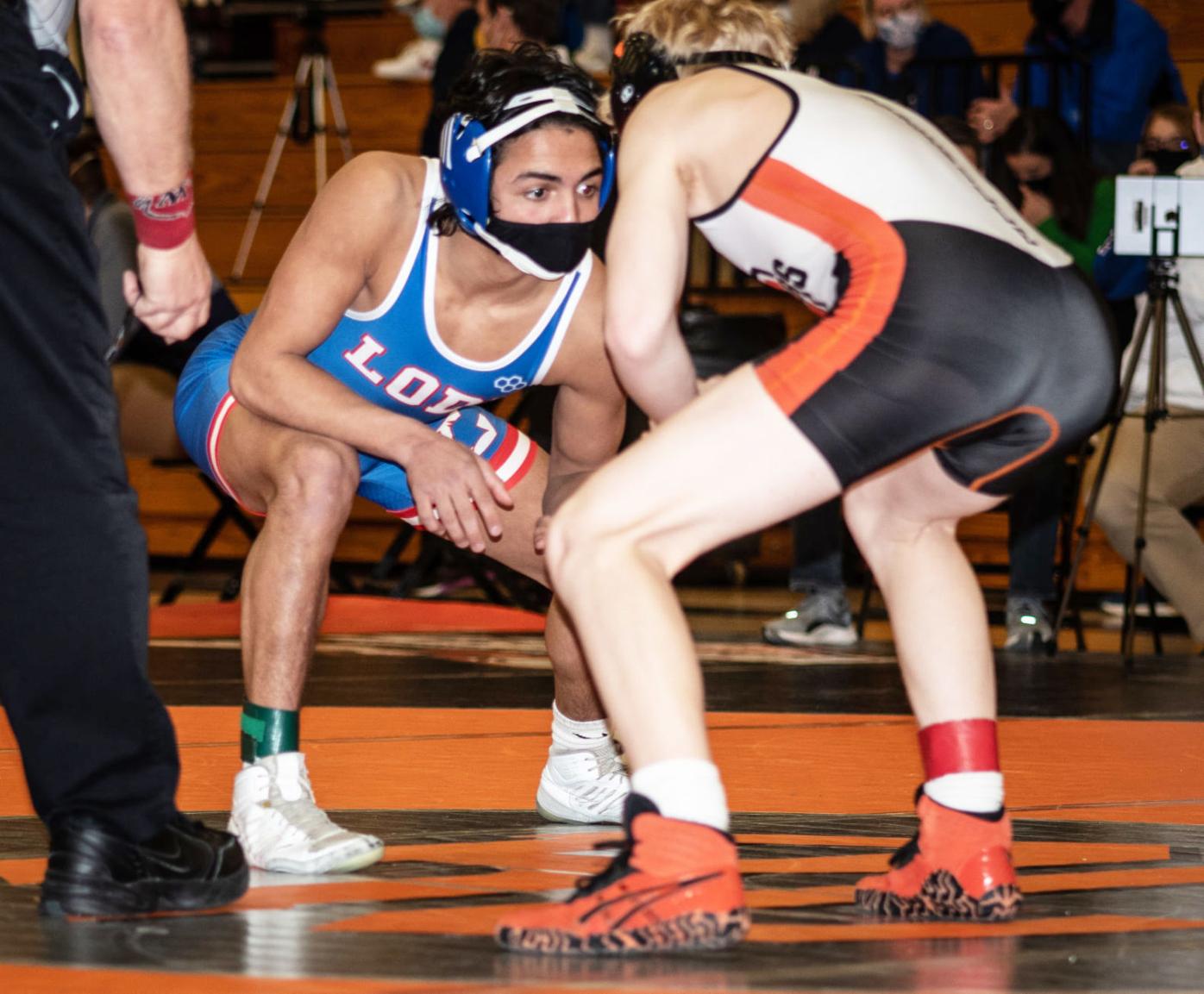 Lodi’s Parker Heintz earned his third trip to state after placing second at the Richland Center Sectional on Saturday.

The efforts of the trio helped the Blue Devils place third at the sectional with 77.5 points.

Prairie du Chien claimed the sectional crown with 166.5 team points, while Evansville was second with 136.

In Division 2, the top two finishers at each weight class advance to the state tournament.

Licht and Curtis led the way for Lodi with sectional titles, while Heintz was second.

Curtis, ranked third, is headed back to state after pinning all three of his opponents last Saturday. All three pins came in less than a minute.

“Chandler has just been dominated as of late,” Lodi coach Cody Endres said. “Pinning everybody at Regionals and Sectionals is unheard of. Chandler just needs to continue to be aggressive, score points, and push the pace. When he wrestles with the confidence and swagger he has been these last few weeks there is no one he can’t beat.”

Curtis pinned ninth-ranked Jordan Dolata of Adams-Friendship in 31 seconds in the championship match.

With the sectional title, Curtis, who placed third at state at 120 last season, improved to 11-1.

Curtis will face Shoreland Lutheran’s Mason Gill (15-1) in the opening round at state.

Licht earned his first trip to state with three impressive wins at the sectional. The eighth-ranked wrestler closed the day with a 17-1 technical fall over fourth-ranked Austin Scofield of Evansville.

“Zane wrestled some of the best matches of his career on Saturday,” Endres said. “He was confident, composed, and he showed the immense amount of skills he has. He outwrestled people from neutral, top, and bottom. He put together three complete matches and is ready for the state tournament.”

Licht will take a 9-1 record into his first round match against Wrightstown’s Nick Alexander (10-5) in the first round at state.

Heintz punched his ticket to state for a third time. He placed fourth at 106 at last year’s state tournament.

“We were all really proud of Parker for the way he went out and competed this weekend to advance to his third consecutive state tournament,” Endres said. “Parker has dealt with so much adversity throughout the course of this season, so to watch him win that close match in the semifinals to advance will be a moment not soon forgotten.”

Heintz, who is ranked fourth, nearly pulled off an upset of top-ranked Rhett Koenig of Prairie du Chien in the sectional final. Koenig held on for a 5-2 victory.

The Blue Devils also had 120-pounder Owen Breunig, 132-pounder Dean Finney and 182-pounder Jacob Benson compete at the sectional, but only Breunig was able to place.

“Even for the guys who didn’t qualify for the Individual State Tournament it was great to have them on the mat on Saturday,” Endres said. “For Jacob Benson, our lone senior, it was another opportunity to extend his career as a Lodi Wrestler. We’re going to miss Jacob and appreciate all he has done for and given to Lodi Wrestling. For Owen to notch a win at sectionals and for Dean to get two more sectional matches under his belt it was a great learning opportunity for those guys.”

Breunig (8-4) did not have to wrestle his fifth-place match with Viroqua’s Evan Solberg, as he already pinned him in 4:25 in the first round.

Because of restrictions, the WIAA Division 2 state tournament has been moved from the Kohl Center in Madison to Adams-Friendship High School. The first round will start at 10 a.m. on Saturday.