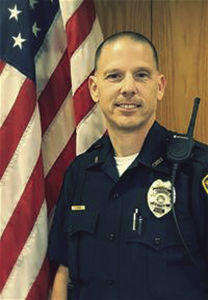 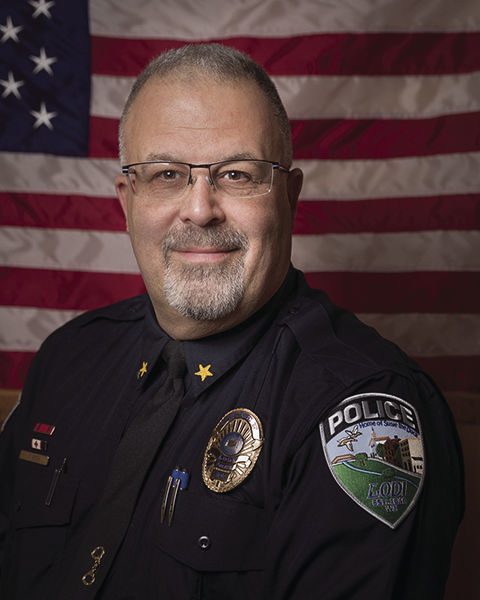 The Lodi and Poynette police departments are doing the best they can to continue and help protect and serve the public, as well as all of its officers, during the COVID-19 pandemic.

The nature of the job requires close contact with citizens a lot of the time and the department is protecting themselves from possible infection.

Lodi Police Chief Wayne Smith and Poynette Police Chief Eric Fischer said the lobbies to their buildings have been closed. Poynette has posted signs on doors indicating the proper numbers to call for given situations. Lodi has suspended civilian ride-alongs, fingerprinting services and DOT services that are normally done in-house.

Even when officers are in the building, they are taking the proper precautions.

“We have staff social distancing when in the building and have encouraged additional hand washing and sanitizers be used,” Smith said.

Each department has N95 masks — which covers the nose and mouth — and gloves for officers to be used when needed out on call.

When off-duty, officers are to follow the Center for Disease Control guidelines and Governor Tony Evers’ order as if being non-essential. But officers are subject to be recalled within 24 hours of their last shift in an emergency situation.

“They would also be subject to quarantine if they had travelled outside of the region (which doing so would violate the 24-hour recall ability) or come in contact with a person that may be positive COVID-19,” Smith said.

Smith said that his officers are sanitizing squad cars after using them and that the cars are on a 12-hour on and 12-hour off usage rotation.

Poynette is doing the same.

“At the end of their shifts, they wipe down the car with Clorox wipes and different types of disinfecting equipment,” Fischer said. He added that officers also wipe down the car before a shift to be extra cautious, especially if someone happened to forget.

Each department is sanitizing and disinfecting multiple times a day and staff is constantly washing their hands.

“It seems like common sense, but sometimes we, myself included, get complacent,” Fisher said.

Sanitizing supplies are limited with additional supplies on back order, which has led to Fischer’s staff making their own with different ingredients to make things last longer.

The departments are not going out and responding to every call.

“We will continue to respond to calls for service. The severity of the call will determine if it is a call handled telephonically or in-person,” Smith said.

Poynette is asking specific questions when someone calls into the department.

“There’s different questions being asked on all calls so we can be made aware of what we’re dealing with,” Fisher said.

“Any calls for service, we’re doing our best to handle over the phone,” Fisher added. “If there’s a theft complaint, we can email them a form to fill out and send back.”

That doesn’t mean that the departments are limiting interactions with the public or being lenient with upholding the laws. They are still there to protect and serve their communities.

“We will do our job if we have to make an arrest for a domestic and enforce traffic violations,” Fisher said. “We’re still enforcing the law.”

Smith has asked the residents of Lodi to comply with the Safer at Home order. The department will educate residents if they see a violation.

Poynette has closed down all park equipment, park shelters and playground equipment. Fischer said that people can still walk, run and play in the parks, but not on any equipment. That order runs until April 24 unless otherwise noted. His department will kick people out of the park if there are violations.

Smith and Fisher said their departments have been fortunate thus far as no officer is currently out sick.

There is a plan in place within Columbia County if departments begin to lose multiple officers due to sickness. Each department will have the ability to share officers if things ever got to that point. It’s a way to “make sure everybody is covered,” Fisher said.

A worst-case scenario would be to look outside the county for additional officers for as long as needed.

Smith said that the criminal call volume has stayed the same in Lodi and may be trending downward. However, the department has received an influx of calls inquiring what is deemed essential. The department answers the best they can and will suggest where people can go for more in-depth answers.

“The citizens of Poynette are taking this seriously, which is great,” Fisher said. “We’ve been pretty fortunate to have a low number (of cases in the county). This is something that will pass, but we have to adhere to the state’s order.”

Several business in Poynette have donated masks, hand sanitizer and other personal protection equipment (PPE) to the police department. With the items in high demand, Fisher said the department has not been able to find any.

“I truly appreciate all the help we received from our community in order to keep our officers safe,” he said.

As a way to build positivity during this trying time, the Poynette Police Department has issued a fun challenge to the school children of the village.

The contest is open to village residents and begins Monday, March 30. It will be different type of artwork for each subsequent week, ending April 24.

Chief Fisher is asking the children to be artistic within their own driveway and connecting sidewalk for a chance to win a weekly prize from the Owl’s Nest or Head Inn.

From March 30 to April 3, residents can do drawings that support medical professionals. Submissions must be made by 4 p.m. on Fridays for the given weekly contest and sent to kgiese@poynette-wi.gov. Each submission must include a photo of the artwork, the address where it is located, the names of the entry and a phone number. The police department staff will go through entires and determine winners by Wednesday of the following week. First place will receive a free dinner from Owl’s Nest or a one-topping pizza from Head Inn. Second place receives the other option.

From April 6-10 the contest will be drawings to support retail workers. From April 13-17, drawing should be supportive of truck drivers and from April 20-24, drawings should support all first responders (police, fire, EMS, etc.).