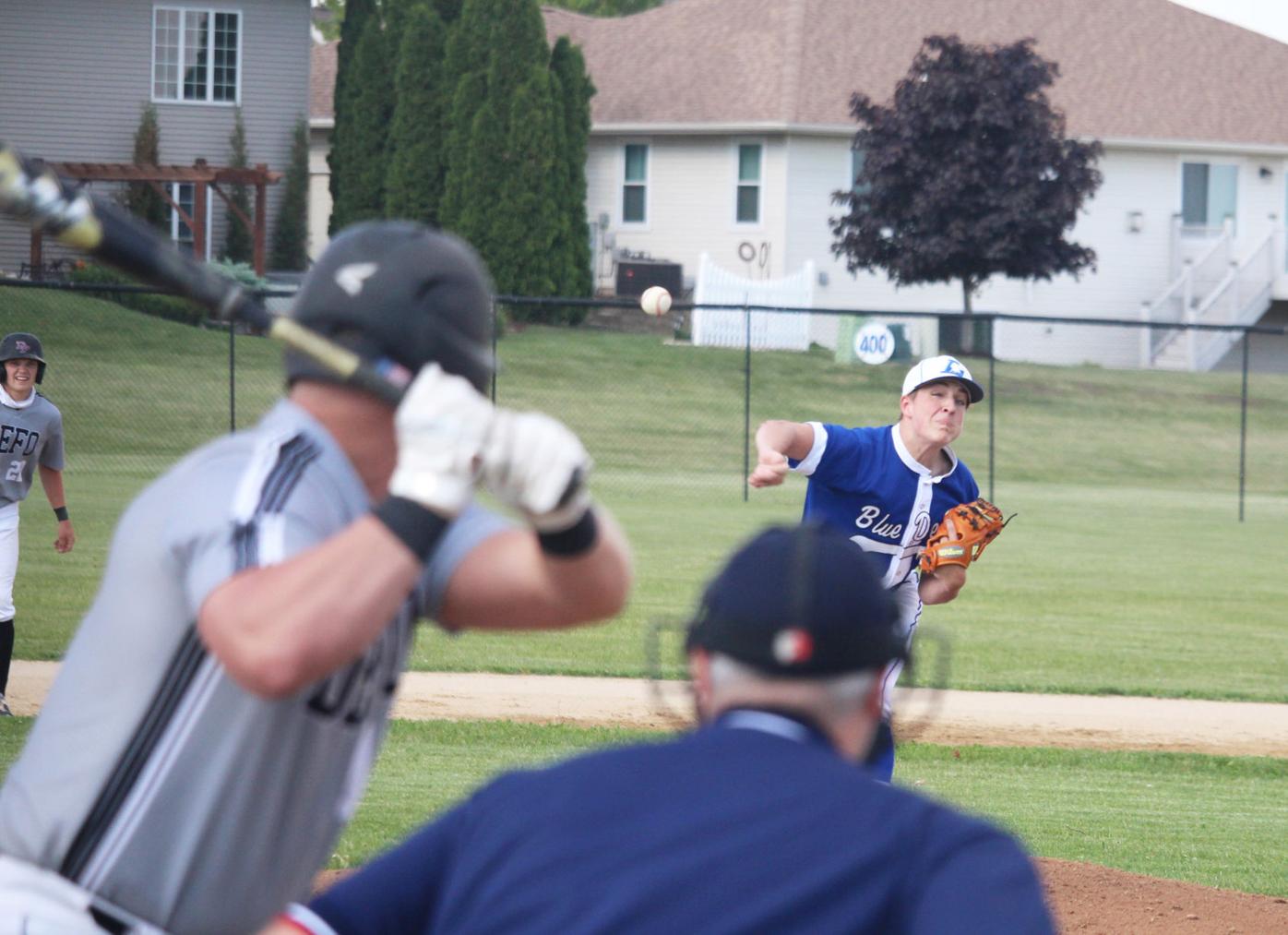 Lodi pitcher Owen Wendt fires a pitcher to the plate against DeForest. 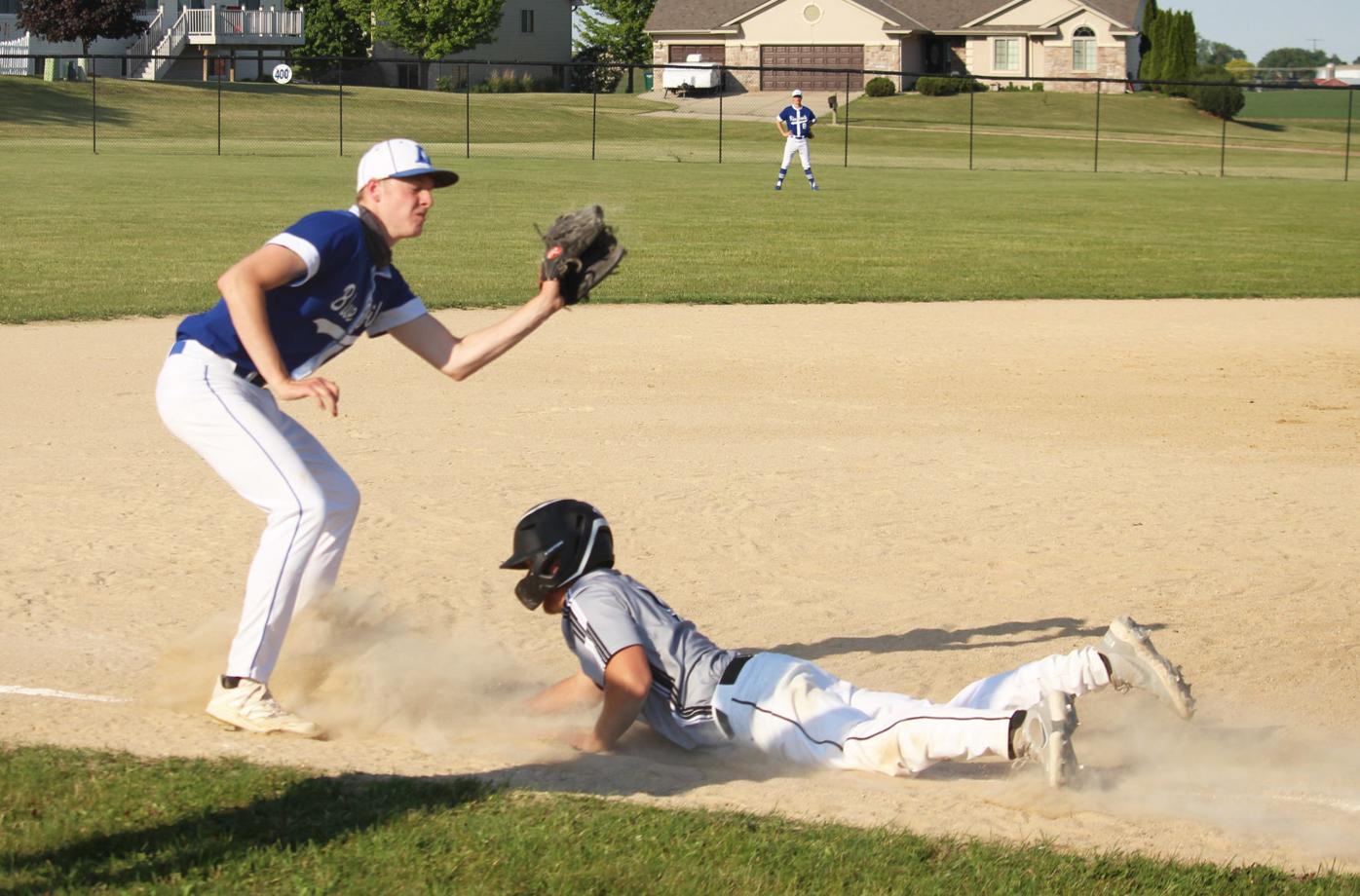 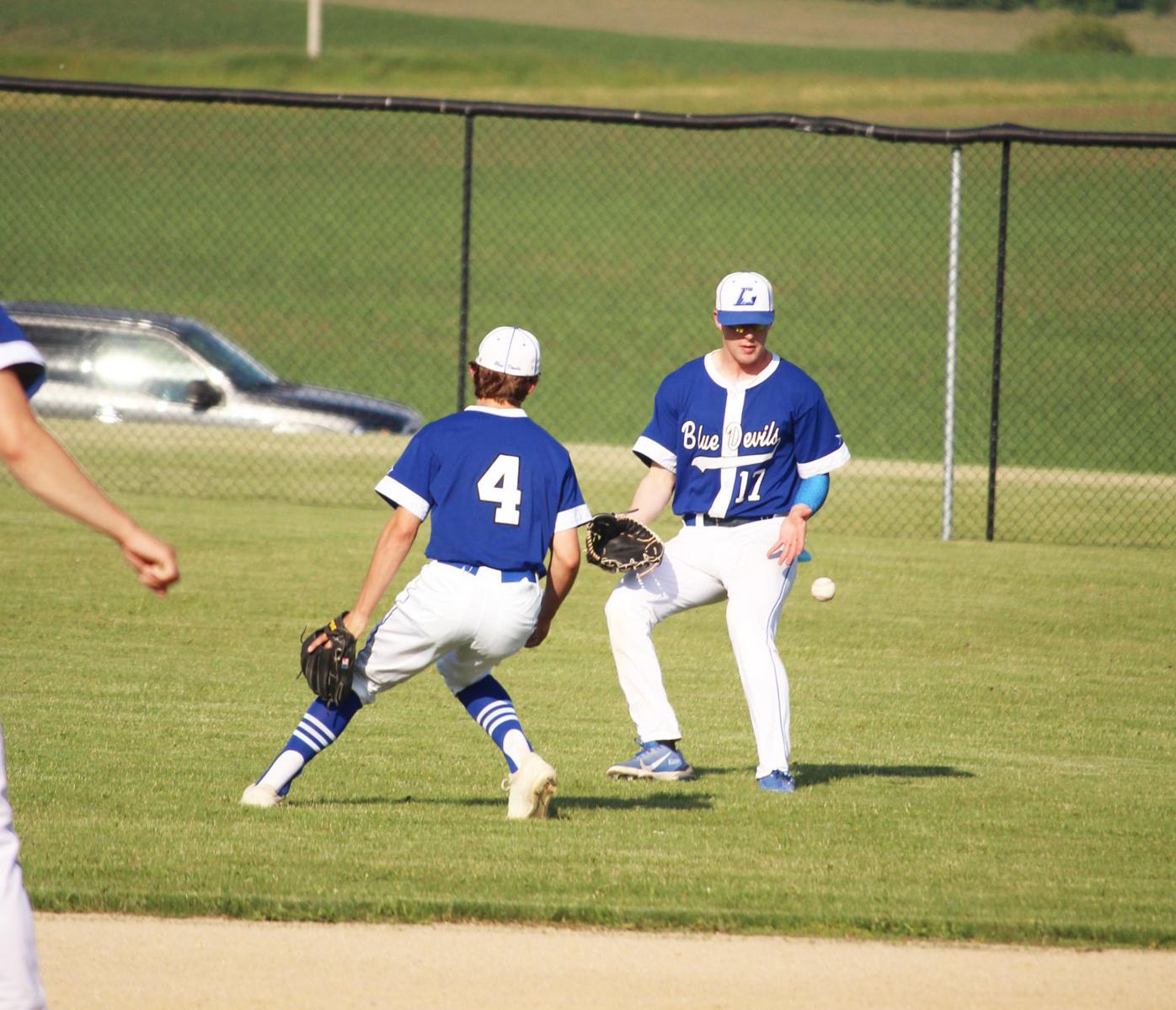 Blue Devil outfielder Finn Melchior has a ball fall in front of him against DeForest.

Lodi pitcher Owen Wendt fires a pitcher to the plate against DeForest.

Blue Devil outfielder Finn Melchior has a ball fall in front of him against DeForest.

With the WIAA postseason getting underway this week, the Lodi prep baseball team had its best week of the season. The Blue Devils claimed wins in three of their four games last week.

On June 1, Lodi earned its second win over Lake Mills this season. The Blue Devils knocked off the host L-Cats 7-1.

The Blue Devils suffered their only loss of the week on June 2 after falling 7-4 to visiting DeForest.

The Blue Devils closed out the week with a 12-10 victory over visiting Wisconsin Dells last Friday.

Lodi improved to 10-9 overall and 5-4 in the Capitol North Conference.

The fifth-seeded Blue Devils will open the WIAA Division to playoffs with a game at fourth-seeded Wisconsin Dells at 5 p.m. on June 10.

The Blue Devils led from start to finish after scoring a run on an error in the top of the first inning.

Finn Melchior and Mitchell Lane both had run-scoring singles in the top of the fifth to put Lodi up 3-0.

Lake Mills scored its lone run in the bottom of the fifth.

Lodi slammed the doors shut with a four-run outburst in the top of the seventh. The first run scored on an error, while Lane followed with a two-run triple. Trey Traeder added a run-scoring single.

Melchior and Lane both finished with three hits, while Traeder had two.

Carson Possehl had nine strikeouts and three walks in six innings on his way to the pitching win. Brady Ziegler had three strikeouts in one inning of relief.

The Blue Devils never held a lead against DeForest.

The Norskies set the tone with two runs in the top of the first inning.

Lodi scored on an error in the bottom of the second to cut the deficit in half.

DeForest took command of the game after plating two runs in the third and fourth frames and one in the fifth.

The Blue Devils moved to within striking distance after garnering three runs in the bottom of the sixth. The first two runs scored on an error, while Ziegler drew a bases-loaded walk.

Owen Wendt and Owen Breunig both pitched for the Blue Devils and combined for four walks. Wendt took the loss.

Lodi had its best offensive game of the season with 13 runs on 19 hits. Every starter had at least one hit.

Possehl led the Blue Devils with four hits, while Ziegler and Melchior chipped in three each. Carson Richter, Traeder and Chance Meier each contributed two hits.

Melchior opened the scoring in the top of the first with an RBI double.

The lead grew to 4-0 n the top of the third, thanks to an RBI single by Possehl and a two-run base hit by Richter.

Ziegler knocked in a run in the fourth to increase the lead to 5-0.

Luther Prep got back in the game with three runs in the bottom half of the fourth.

Lodi ended the game early after erupting for eight runs in the top of the sixth. Possehl highlighted the frame with an RBI double, while Richter, Lane, Meier, Ziegler and Keegan Fleischman added run-scoring singles.

Melchior pitched the first five innings and had three strikeouts on his way to the win. Ziegler had a strikeout in one inning of relief.

The Blue Devils had another great offensive game against Wisconsin Dells. They racked up 13 more hits.

Lodi fell behind 3-0 in the top of the first inning, but got one of the runs back on a single by Lane in the bottom half of the first.

Trailing 5-1, the Blue Devils pushed two runs across in the bottom of the third on a home run by Melchior.

Lodi took the lead, 12-6, after exploding for nine runs in the bottom of the fifth. Melchior had a two-run triple and RBI single in the frame, while Possehl delivered a two-run single. Fleischman, Traeder, Lane and Meier each drove in one run.

The Chiefs put pressure on with two runs in the both the sixth and seventh innings.

Melchior went 4-for-4 with five RBIs and three runs to lead Lodi at the plate. Possehl registered three hits, while Fleischman added two.

Lane and Traeder both pitched for Lodi and combined for a strikeout and seven walks. Traeder earned the win.