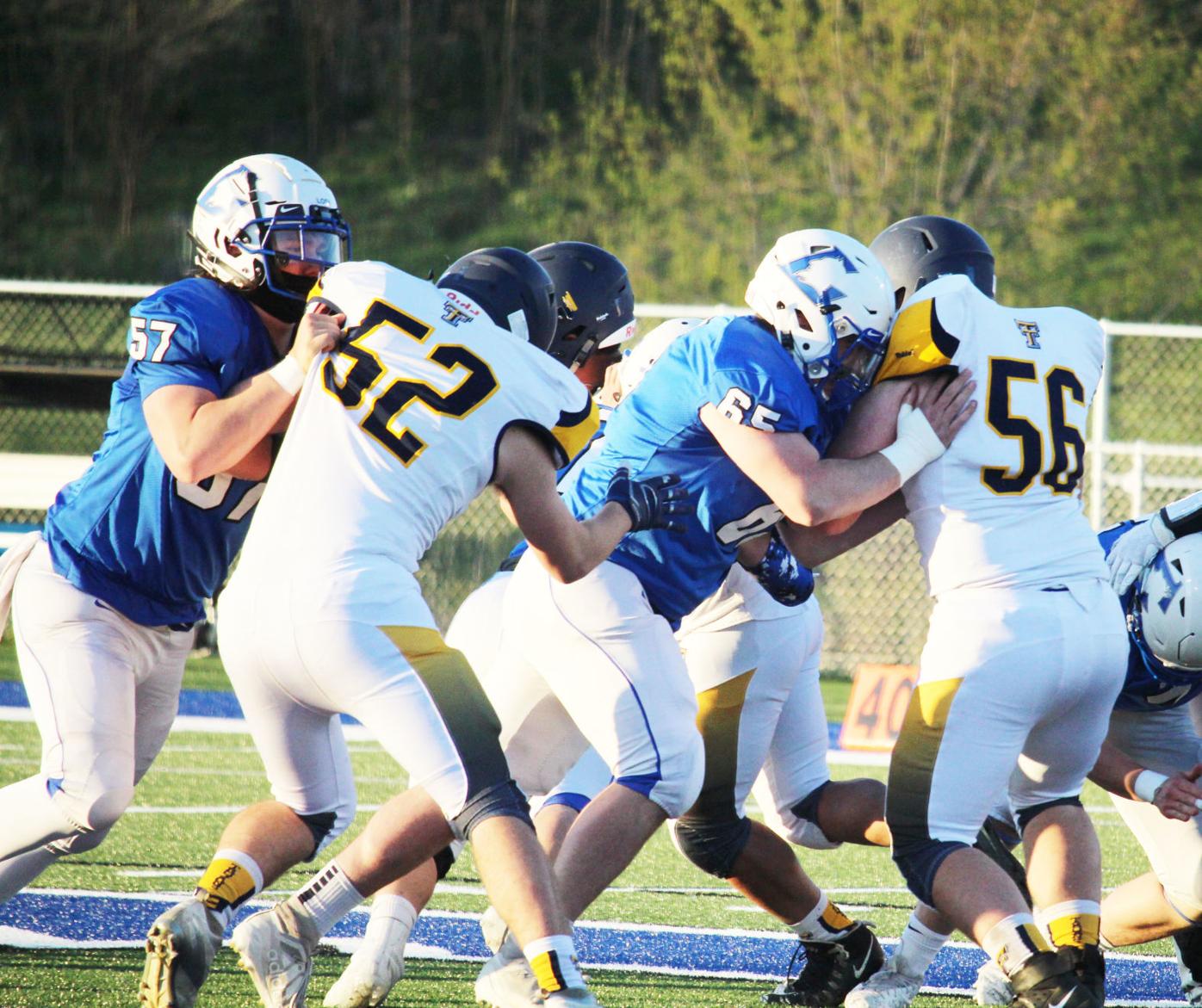 Lodi offensive lineman Wyatt Ripp and Mitchell Lane clear a big hole for the Blue Devils to run through against Beloit Turner. 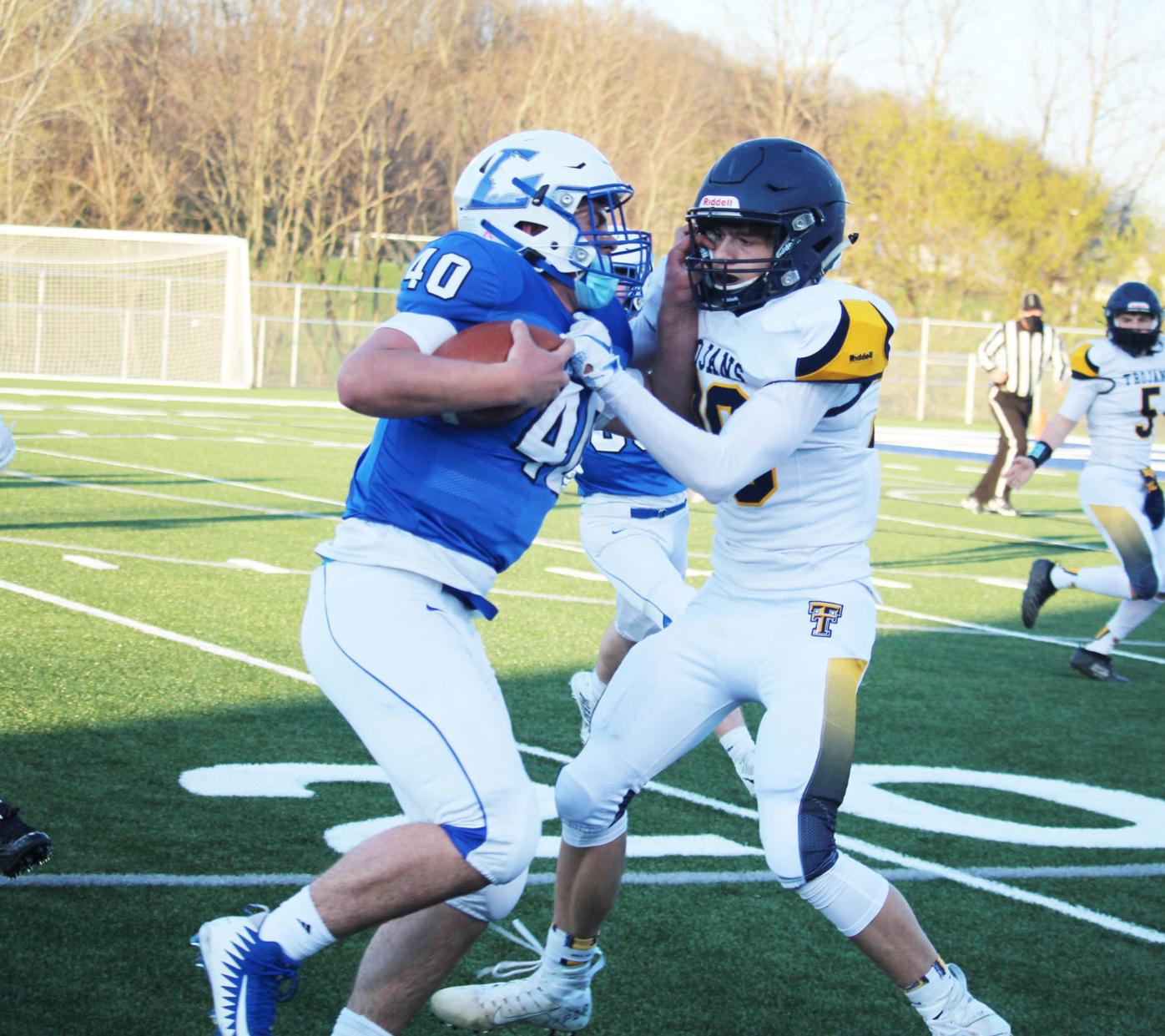 Lodi’s Garrett Edge tries to run over a Beloit Turner defender after catching a screen pass. 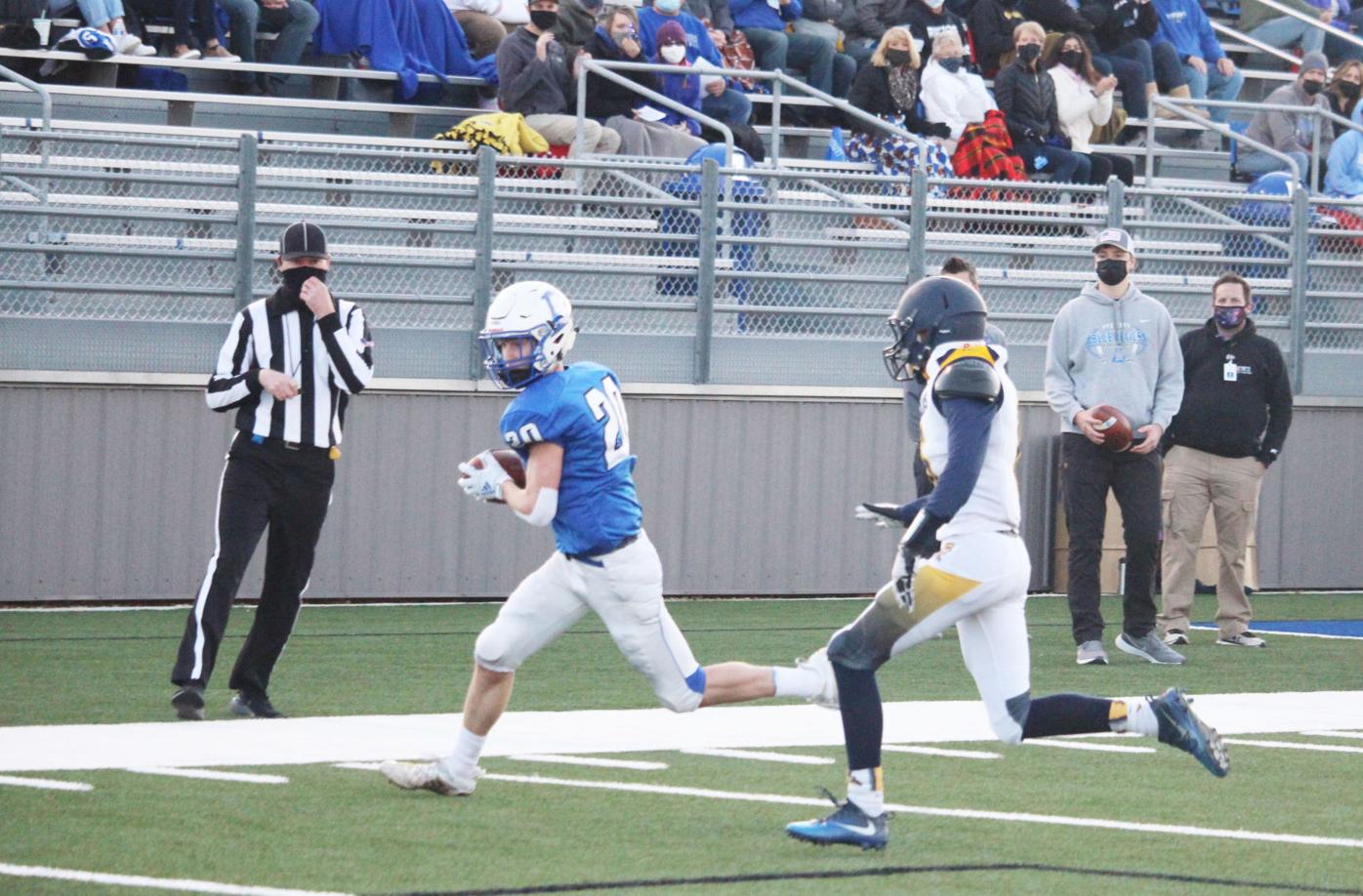 The Blue Devils’ Connor Faust races down the sideline after catching a pass from his brother Quinn during last Friday’s 39-0 win over Turner. 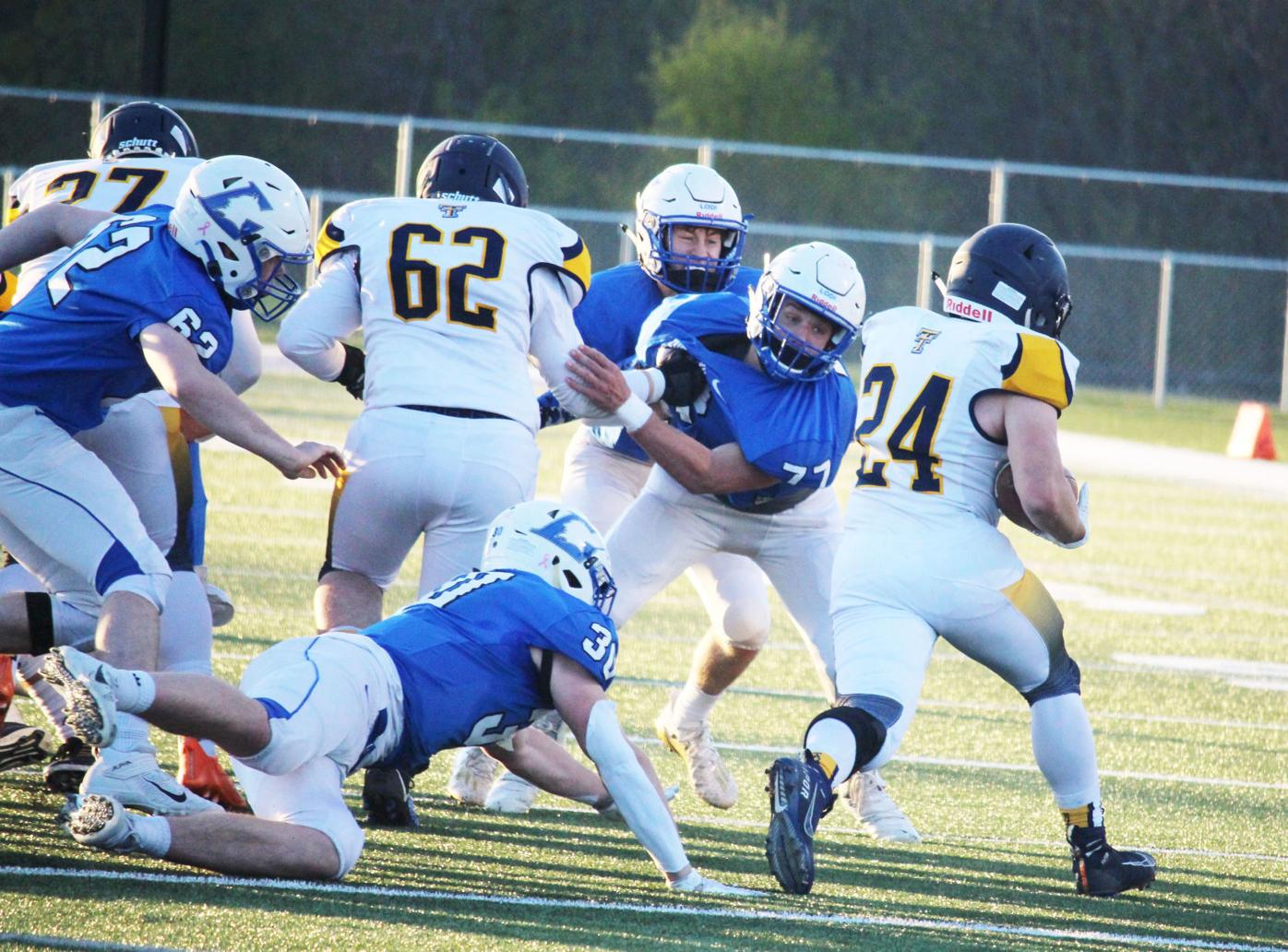 Lodi offensive lineman Wyatt Ripp and Mitchell Lane clear a big hole for the Blue Devils to run through against Beloit Turner.

Lodi’s Garrett Edge tries to run over a Beloit Turner defender after catching a screen pass.

The Blue Devils’ Connor Faust races down the sideline after catching a pass from his brother Quinn during last Friday’s 39-0 win over Turner.

The Lodi prep football team remained undefeated after earning its first shutout of the alternate fall season this past Friday.

Lodi has outscored its first four opponents this spring 131-29.

The Blue Devils completely dominated the matchup from start to finish. They racked up 483 total yards of offense, while holding Turner to 75.

Lodi set the tone for the game with two touchdowns in each of the first three quarters.

The Blue Devils opened their scoring with a 19-yard touchdown pass from Quinn Faust to Lucas Heyroth. Chandler Curtis added the extra-point kick.

Garrett Edge added a 5-yard touchdown run in the first quarter to put Lodi up 13-0. The Blue Devils missed the extra-point kick.

The brother tandem of Quinn and Connor Faust got Lodi going in the second quarter with an 11-yard scoring strike to push the lead to 19-0.

Quinn Faust tossed his third touchdown pass of the game to close out the first half. He hooked up with Heyroth on a 39-yard scoring play. Curtis added the extra-point kick to put Lodi up 26-0 at halftime.

Faust opened the scoring in the second half, thanks to his legs. He broke loose for a 53-yard touchdown run. The Blue Devils were unsuccessful on the two-point conversion attempt.

Later in the third, Faust capped off his incredible night with his fourth touchdown pass. He tossed a 9-yard scoring pass to Chance Meier. Curtis followed with the extra-point kick.

Quinn Faust finished the game 11-of-15 passing for 187 yards and four touchdowns. Edge led the receivers with four catches for 52 yards, while Connor Faust, Heyroth and Meier had two catches each. Heyroth led the group with 58 yards and two touchdowns.

Heyroth had a great game running the ball with a team-high 147 yards on 18 carries. Quinn Faust added 66 yards and a touchdown on six carries, while Ethyn Meyer finished with 37 yards on 10 attempts.

Alex Rashid had a team-best eight tackles for Lodi, while Meier and Edge chipped in six and five respectively.

Heyroth had a pair of sacks for the Blue Devils, while Meier recorded one.

Lodi will play its second and final road game of the spring this Friday. The Blue Devils will take on Columbus in Fall River at 7 p.m.

The Blue Devils will close out the abbreviated season on May with a 1 p.m. home game against Kewaunee.