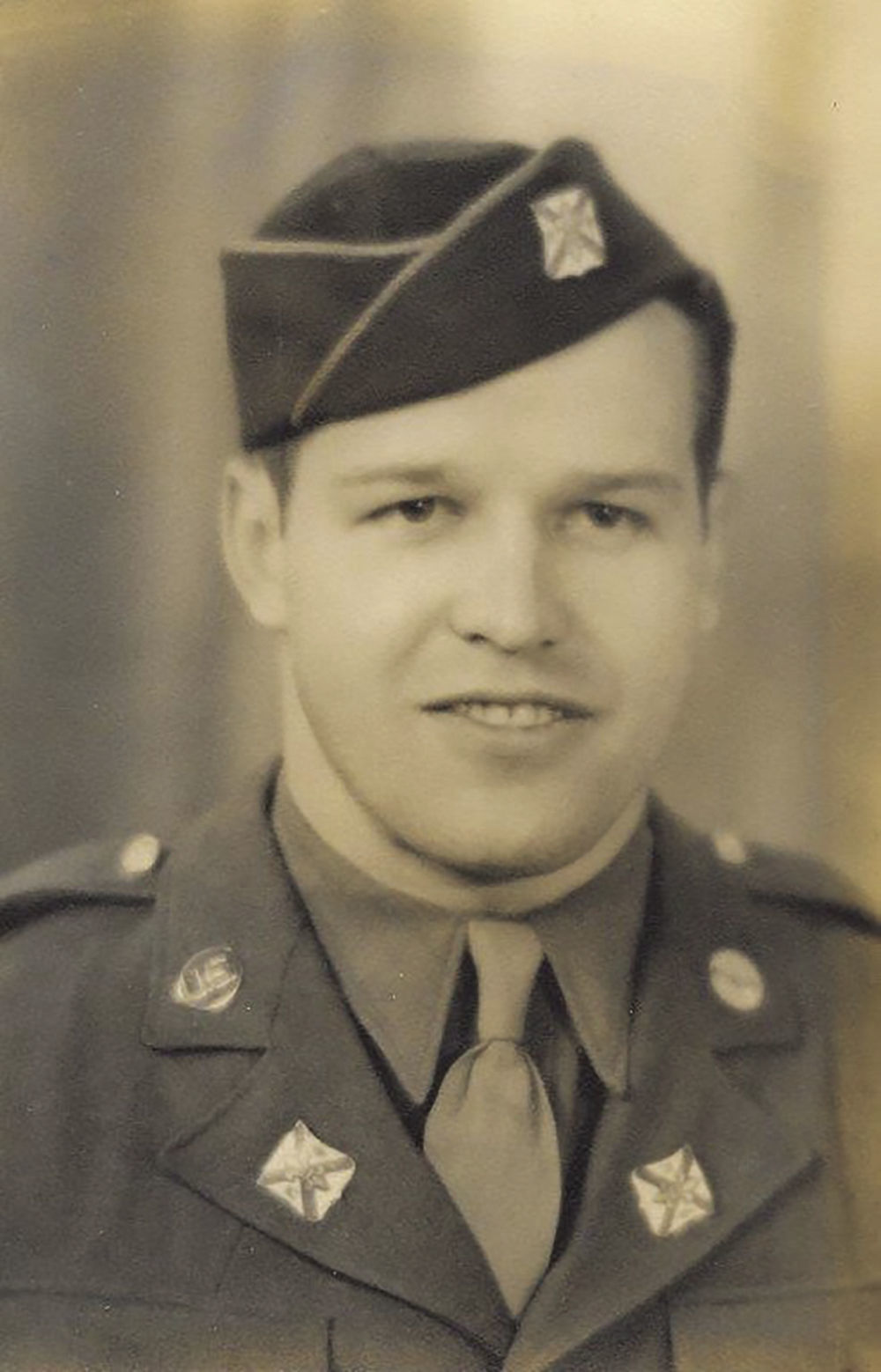 Alfred Endres served as an infantryman in World War II. His daughter spent nearly 20 years uncovering his military journey as a machine gunner at D-Day Plus One and throughout five different campaigns in Europe. 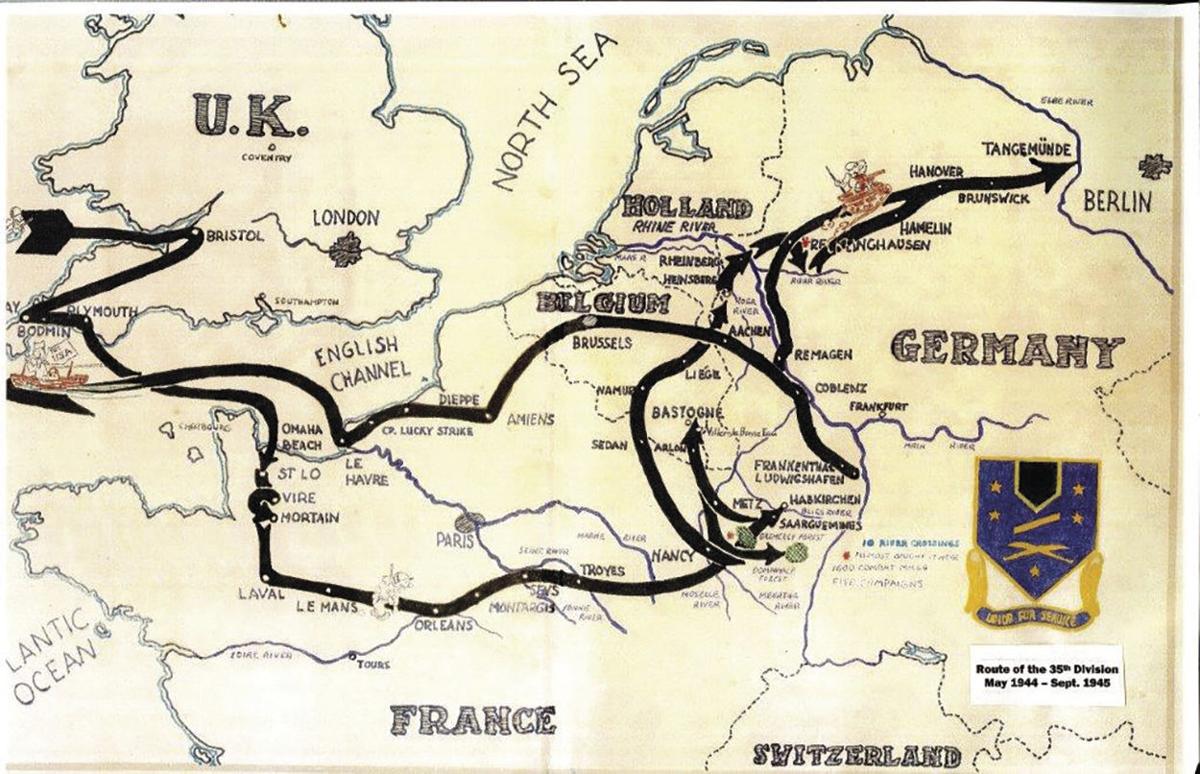 Alfred Endres served as an infantryman in World War II. His daughter spent nearly 20 years uncovering his military journey as a machine gunner at D-Day Plus One and throughout five different campaigns in Europe.

Alfred Endres was described as a kind person. His daughter said he was not angry, he didn’t drink and he never used a gun.

For most of his life, Endres’ family didn’t know the extent of his experience in World War II. They thought he was a barber, chauffeur and German language translator. His daughter, Louise Endres Moore, spent nearly 20 years slowly uncovering his military path and compiled his true story it into a book.

The book “Alfred: The Quiet History of a World War II Infantryman” shares the story of this Lodi native and his tour of duty across Europe. To start, he wasn’t only a barber, chauffeur and translator. He was also a machine gunner who also served during D-Day Plus One. This was not a fact his family knew until he was awarded the French Legion of Honor Medal in 2006.

Alfred served in all five major European campaigns, including D-Day Plus One, the capture of St. Lo, the rescue of the lost battalion of Mortain, in the Gremecey Forest, the Battle of the Bulge and also in meeting the Russians on the Elbe River.

He returned in September 1945, at the end of a tour of duty of at least 264 days of combat, covering over 1,600 combat miles and sustaining a casualty rate of more than 180 percent.

After the war, Alfred worked as a farmer west of Dane until he was almost 83. He then became a resident of the Lodi Good Samaritan Center when he broke his hip in 2001. It was only then when Endres Moore was visiting him at the nursing home each week that he began to start talking about the war.

Endres Moore said he had been a replacement in the army and had very few records, so it was difficult to track journey. Alfred trained with the 44th Division, served with the 35th Division and came home with the 63rd Division.

Because there were so few official records for Alfred, it was difficult to verify his path. She said occasionally the comments he made about the war would get dismissed due to his old age.

“Sometimes people would say he’s confused, he’s elderly, it’s related to memory loss,” Endres Moore said. “Everything he had ever said was accurate, it was just that we didn’t have the records for it. I just kept researching.”

After 13 years into her research, Endres Moore came across the family of Bob Esser, formerly of the local area. She said his story was important because he was also at the rescue of the lost battalion at Mortain. Esser was part of the division trapped on top of a hill outside Mortain for days, while Alfred was assigned to break through German forces to free them.

She also found Bonard Leatherberry who trained with Alfred in the 44th Division between 1942-1943. They traveled to Ft. Sheridan together to be inducted before parting ways in the war.

Endres Moore said she spent a number of years researching online various people her father was connected with to help fill in the gaps of his story. Some of this was found by contacting the grandchildren of his fellow infantryman, others by writing letters to the five people in the state with the same last name as them and hoping one works.

After all this research and uncovering the true story of her father’s military career, Endres Moore said she was amazed with what he had to do without their family ever figuring it out.

“He had done so much but he still came home a gentle person,” she said. “He was able to keep his humanity after the horrific things he had to do.”

Her book “Alfred” was officially released Nov. 1 and she will be discussing the story at 4 p.m. and 6 p.m. on Wednesday, Nov. 20 at the Lodi Valley Historical Society.

More info about the book is available at www.AlfredtheBook.com.