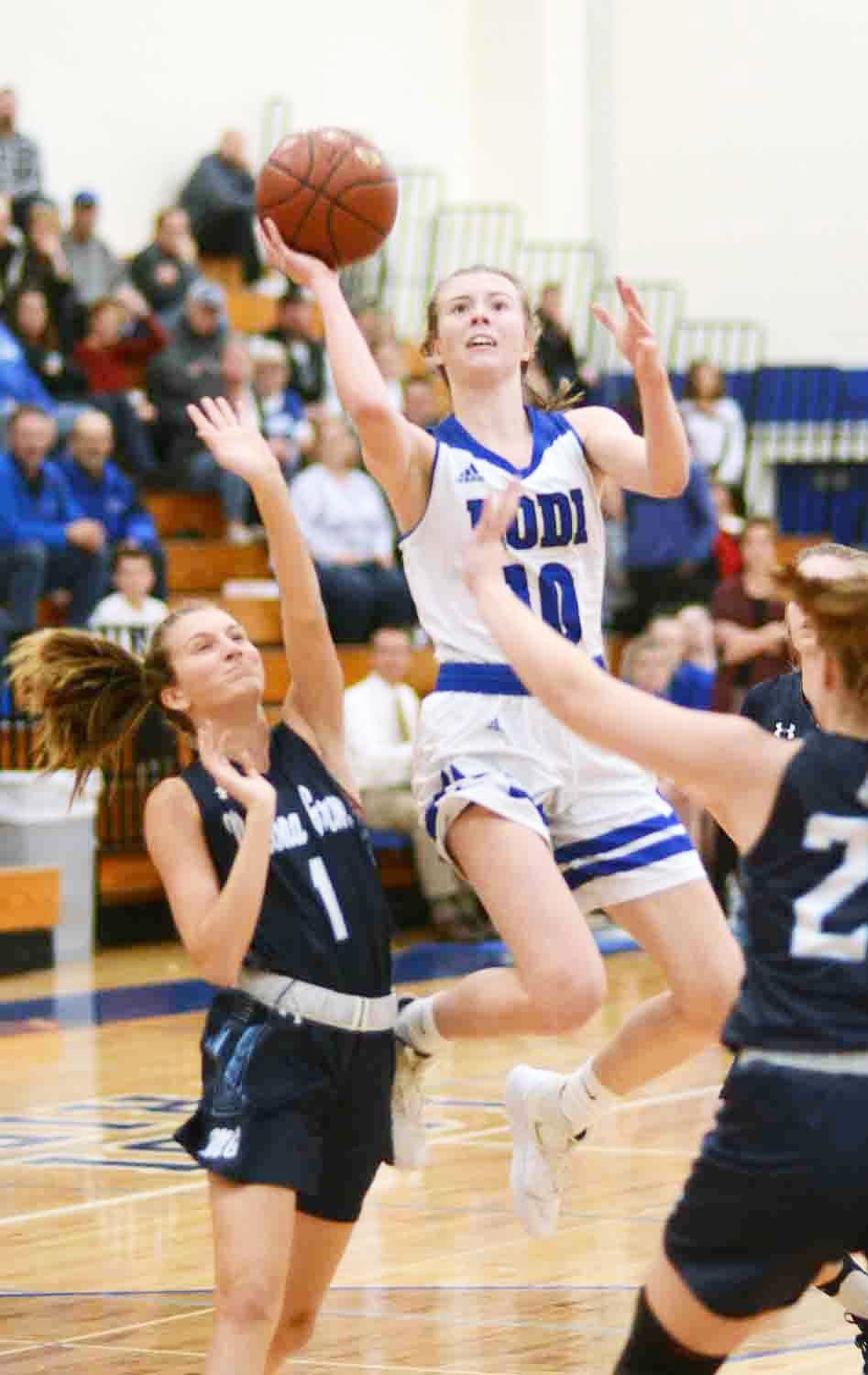 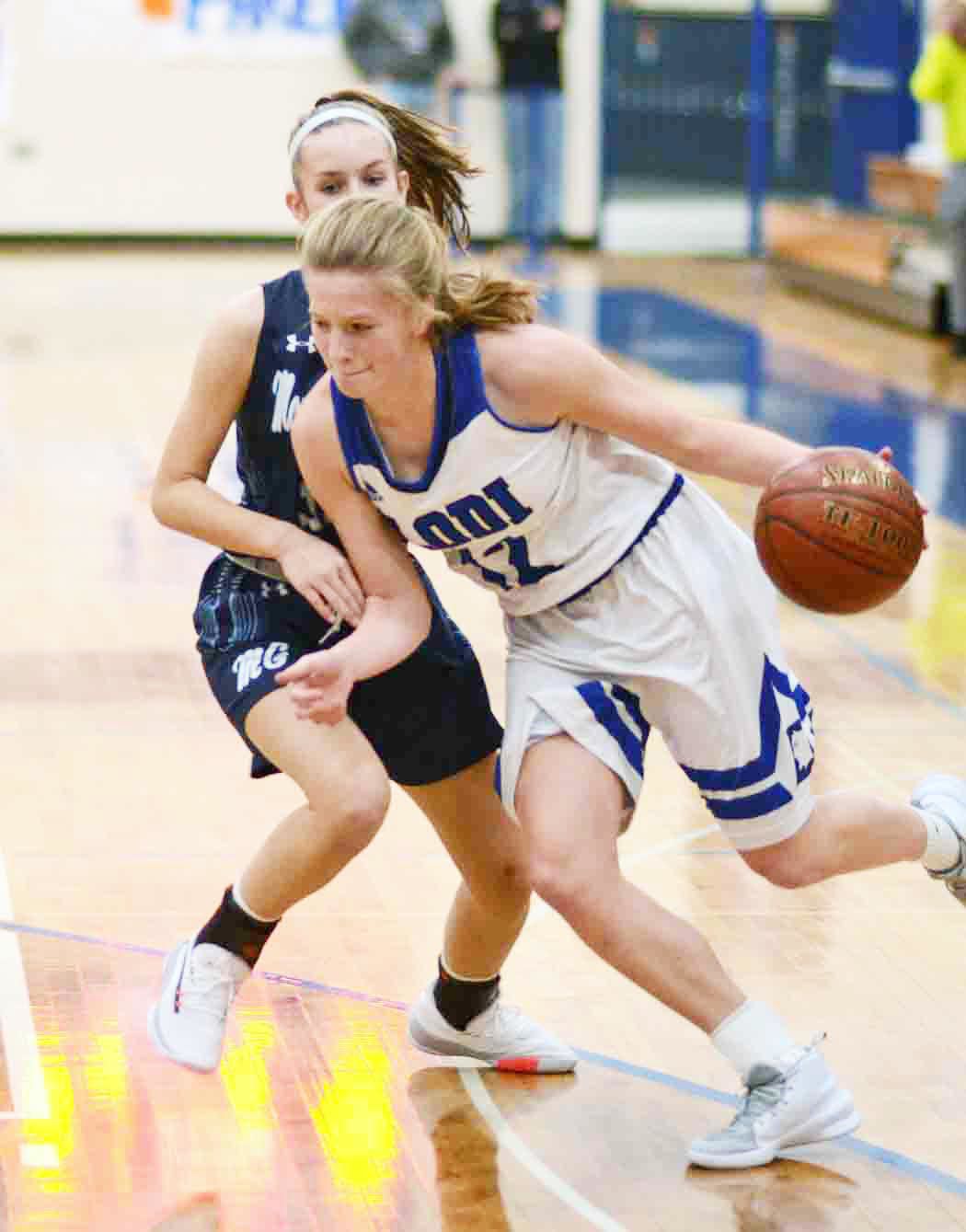 The Lady Blue Devils’ Jaden Kolinski was honored on the All-Capitol North first team for the first time.

The Lady Blue Devils’ Jaden Kolinski was honored on the All-Capitol North first team for the first time.

The Lodi and Poynette girls basketball team had roller coaster seasons. But, each enjoyed some form of success this winter.

The Blue Devils were not able to defend their Capitol North Conference title, but they finished second. The Pumas struggled in conference play, but went on to win a regional title for the first time in program history.

The success of both squads was due to stellar play by a number of players. Those players were recently recognized on the All-Capitol North list. Lodi had three players honored, while Poynette had two.

Lake Mills claimed the Capitol North title with a 9-1 record. Their only loss was to Lodi, which tied Watertown Luther Prep for second place with a 7-3 mark.

Lakeside Lutheran came in fourth in the Capitol North with a 5-5 record, followed by Poynette (2-8) and Columbus (0-10).

The Lady Blue Devils had two players land on the first team, including juniors Lauryn Milne and Jaden Kolinski. It is the third all-conference recognition for both players.

Milne was a repeat first-team selection and she earned second-team as a freshman. She led the Blue Devils in scoring with 18.4 points per game. She was second on the team with 5.6 rebounds per game and third with 58 assists and 45 steals.

Kolinski, who earned second-team all-conference the previous two seasons, was Lodi’s second leading scorer with 16 points per game. She did lead the Blue Devils with 8.2 rebounds per game, 74 assists and 65 steals.

Lake Mills junior Julianna Wagner and Luther Prep sophomore Grace Schmidt were the only unanimous selections to the first team. Wagner was named the Capitol North Player of the Year.

Poynette juniors Megan Reddeman and Jalynn Morter and Lodi sophomore Dylann Harrington all were named to the honorable mention list.

Morter earned honorable mention all-conference for a third time. She averaged 7.7 points and 2.9 rebounds per game. She was third on the team with 35 assists.

Reddeman, who was recognized for the first time, paced the Lady Pumas with 9.2 points and 4.9 rebounds per game. She also recorded a team-best 46 assists.

On her way to her first all-conference recognition, Harrington averaged 7.2 points and 3.2 rebounds per game. She was second on the team with 63 assists and 49 steals.