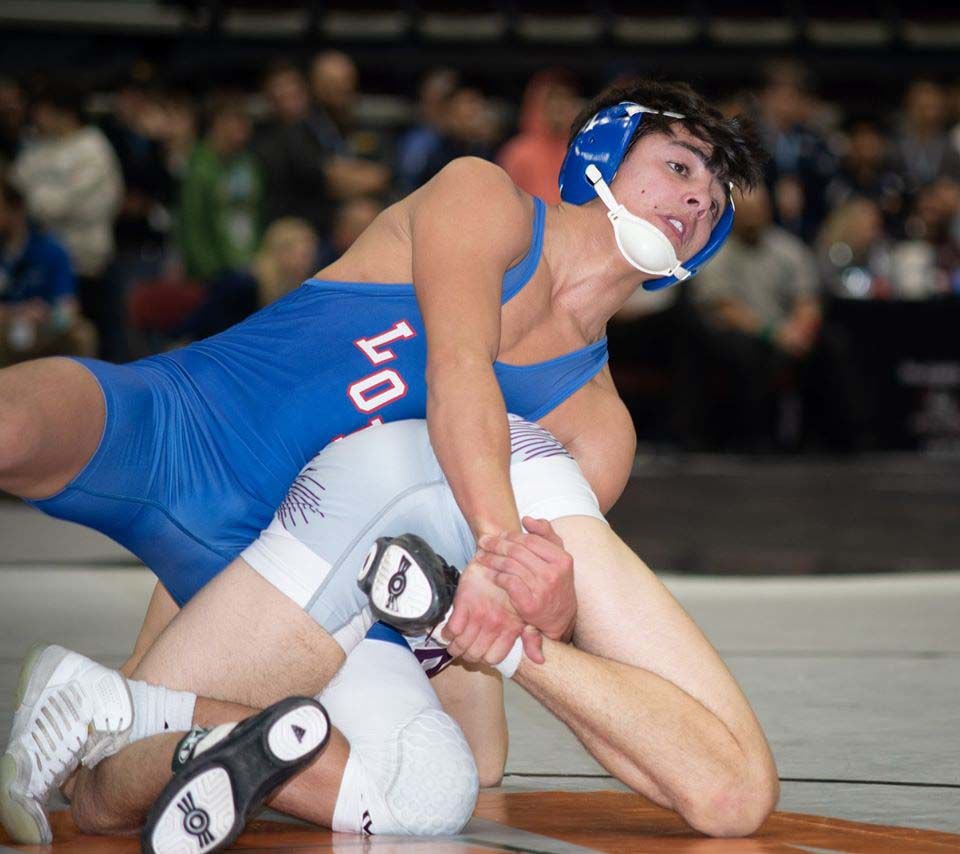 Sophomore 120-pounder Chandler Curtis was one of the top wrestlers for Lodi this winter. He placed third at the state tournament. 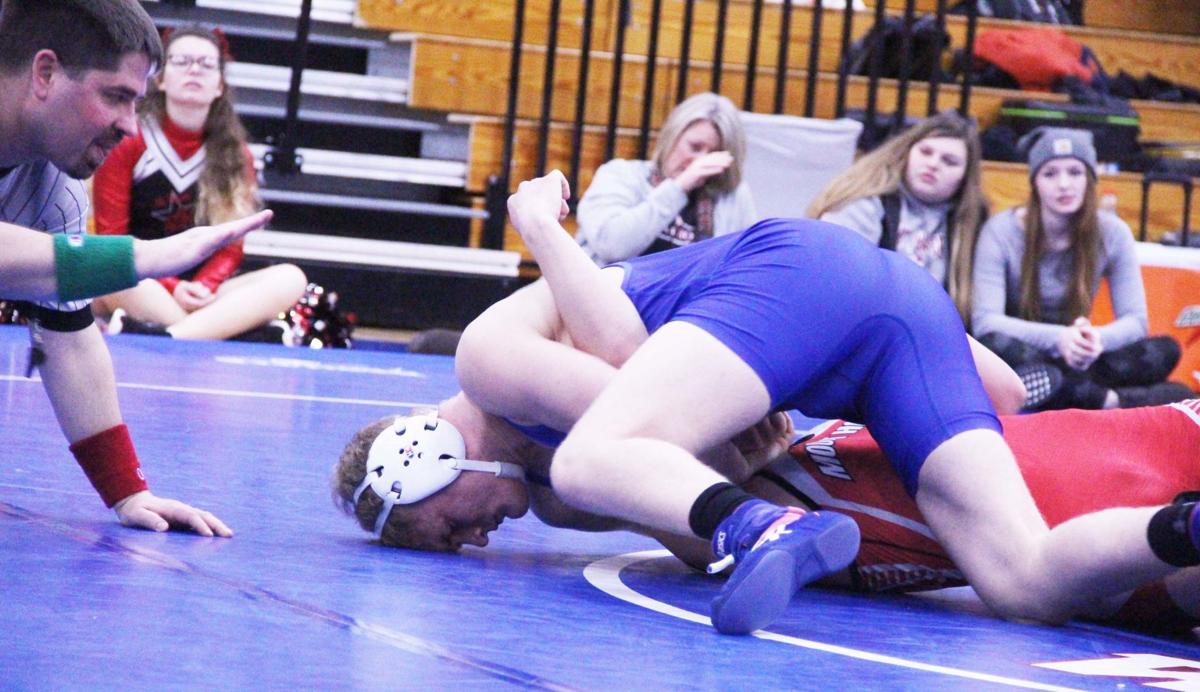 Sophomore 120-pounder Chandler Curtis was one of the top wrestlers for Lodi this winter. He placed third at the state tournament.

“We finished the season on a high note,” Lodi coach Cody Endres said. “Not only with how we performed at Individual State, but with how we battled at team sectionals. Throughout the year, we struggled at times with injuries, results, you name it. However, I am proud of these guys for recognizing that the struggle would strengthen them and it surely did when it mattered most.”

After putting 11 in the finals and crowning eight champions, the Blue Devils earned their 26th straight conference title. They garnered 328.5 points to easily outdistance second-place Marshall (178) at the Capitol Conference Tournament.

The Blue Devils then earned their 27th straight WIAA regional title. They claimed the Jefferson Regional with 283.5 points, while Portage (223.5) was second.

The regional title put the Blue Devils into the WIAA team sectional they hosted. They defeated Evansville 46-27 in the semifinals, but fell to Prairie du Chien 40-30 in the sectional final.

“What we will forever remember about the 2019-2020 Lodi wrestling season is that we came together and understood what it meant to be a team,” Endres said. “Guys are truly starting to buy into what we’re preaching and our culture and team is growing because of it. Nothing is more important than the team and that will be a theme that continues into future years.”

The momentum continued to build at the individual sectional in Evansville. Lodi finished third in the unofficial standings and advanced four wrestlers to state.

Curtis and Helmbrecht both claimed sectional titles, while Nicolay was the runner-up. Heintz advanced after placing third.

For the first time since 2009, the Blue Devils had four wrestlers place at the state tournament.

Nicolay and Hansen were named captains for the season, while Helmbrecht was tabbed team MVP. Simplot garnered the Most Improved award.

“This has been a very successful senior wrestling class,” Endres said. “They have won a lot of matches, conference titles, regional titles, advanced to sectionals and state on many occasions. What I am most proud of these seniors for are their Senior Words of Wisdom. When we met as a team for the final time this year, the way in which these seniors stood up in front of the rest of their team and shared what Lodi wrestling meant to them left a profound impact on anybody listening.”

Even with the loss of the strong senior class, Lodi has enough firepower coming back next season to again be a force in the Capitol Conference and the WIAA postseason.

“We can’t wait for the 2020-2021 Lodi wrestling season to begin,” Endres said. “For the first time since the 2008-2009 season, we return multiple state placewinners in Parker Heintz and Chandler Curtis. We know those guys, along with our returning letter winners will be our leaders. We know we won’t have many seniors next year and it will be a young group with the majority of the team being underclassmen. We’re excited for the challenge and look to continue to build a culture developed around what is best for the team.”