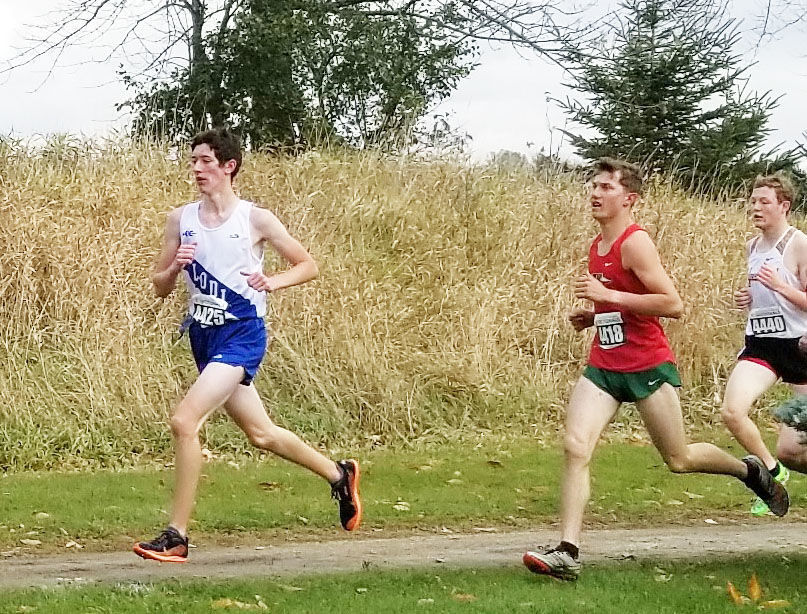 Paul Lins was the only Blue Devil to run at the WIAA Division 2 Winneconne Sectional. 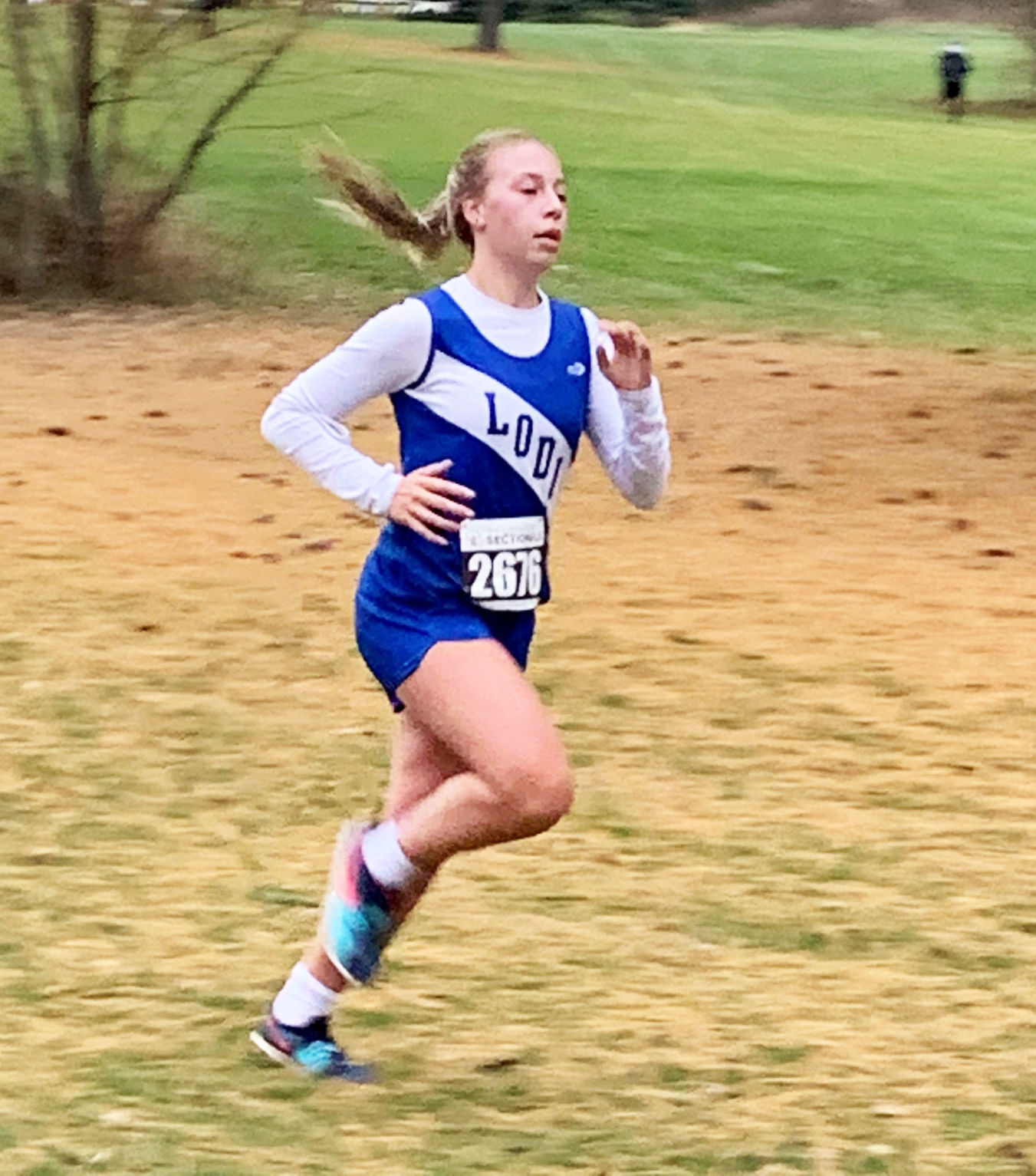 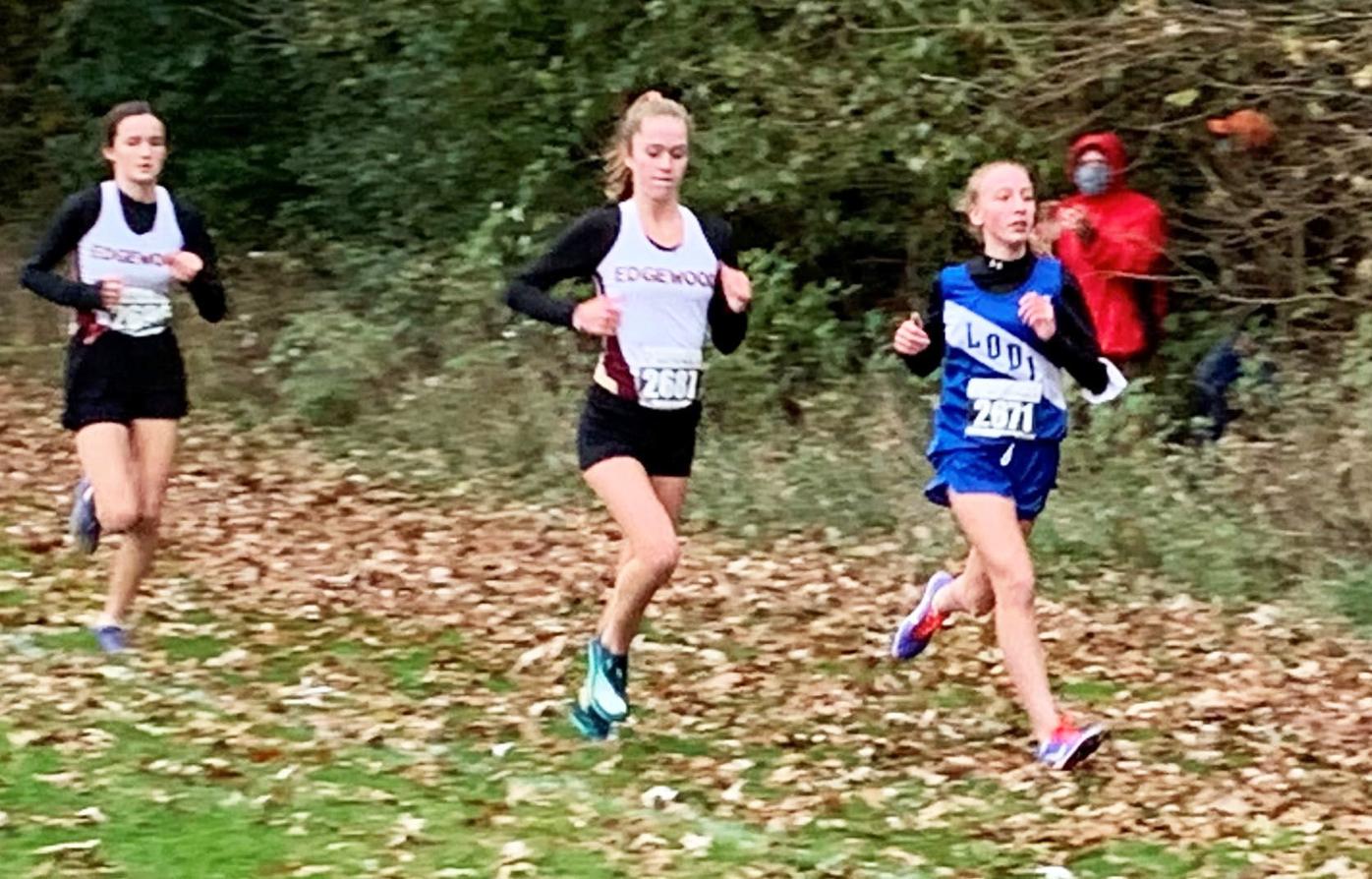 Brook Endres was the top runner for the Lady Blue Devils at the Poynette Subsectional. She finished in 12th place.

Paul Lins was the only Blue Devil to run at the WIAA Division 2 Winneconne Sectional.

Brook Endres was the top runner for the Lady Blue Devils at the Poynette Subsectional. She finished in 12th place.

Injuries and illness made it tough on the Lodi boys and girls cross country teams in the WIAA Division 2 postseason.

Due to requirements in place due to the COVID-19 pandemic, the Lady Blue Devils were shorthanded at the Poynette subsectional on Sept. 20.

The Lodi boys had an injury keep Parker Heintz from competing at the Winneconne Sectional last Saturday.

The Blue Devil boys finished with 90 points at the Poynette Subsectional to finish in fourth place behind Madison Edgewood (33), Poynette (57) and Mauston (80).

The Lady Blue Devils finished in fifth place with 143 team points. Wautoma claimed the team title with 47 points, followed in the top four by Madison Edgewood (47), Wisconsin Dells (72) and Poynette (90).

“Despite missing three of our top four runners due to quarantine requirements from being exposed to the virus, the rest of the team stepped up and represented Lodi very well,” Lodi coach Kurt Wilson said. “It was really too bad our top girls were not able to run, but they were very pleased to hear how their teammates gave such a great effort in their absence. They also mentioned that even though the season didn’t end they would have liked it to, they are still very grateful to have the experience they did.”

The Lodi boys had both Heintz and Paul Lins both qualify for sectionals individually.

Heintz came in ninth place with his time of 18:13.54. Unfortunately, he was suffered an injury during the race and was unable to compete at the sectional.

“Parker ran very well for most of the race,” Wilson said. “There was a good sized pack after the first Edgewood boy and Parker was with that pack and sometimes leading that pack. However, Parker has been nursing an injury and it started bothering him at the two mile mark. He was able to stay with them until the 400 meter point and when it was time for the finishing kick the pain was too much. He was able to finish high enough to qualify but was unable to compete at sectionals.”

Lins punched his ticket by crossed the finish line in 18:31.58 to place 12th overall.

“Paul Lins really took off the last 300 meters and locked up the last qualifying spot by setting a new PR,” Wilson said.

The Blue Devils’ Connor Pecard (18:36.88) just missed out on qualifying for sectionals after coming in 14th overall.

Brook Endres was the top runner for the Lady Blue Devils. She just missed out on qualifying for sectionals after finishing in 22:52.59 to place 12th overall.

“Brook Endres had an outstanding race,” Wilson said. “She went out fast and was able to be in the mix for an individual qualifying spot for the majority of the race and finished just one spot out. She set her PR by nearly a minute.”

“Lizzy Clepper stepped up big as well,” Wilson said. “She shaved off about 45 seconds of her season’s best.”

“Aly Endres was having kind of a tough season until this race.” Wilson said. “Stepping up from JV, Aly ran with a group of our runners for a little more than a mile. I mentioned that if anyone was feeling good that they should just take off. She just seemed to get stronger and stronger as the race progressed. She ended up having her best race this year by nearly two minutes.”

With Heintz out with an injury, Lins was the only Blue Devil to run at the Winneconne Sectional last Saturday.

“Paul went out fairly fast and was able to cut 10 seconds off his personal best,” Wilson said. “Paul put in a lot of work to get ready for this season, so it was very nice to see him to get a chance to compete in the postseason. Due to COVID restrictions, most of his teammates could not come to cheer him on, but Parker Heintz went along to give his support even though he could not run. We are expecting big things out of both of them and their teammates next season.”