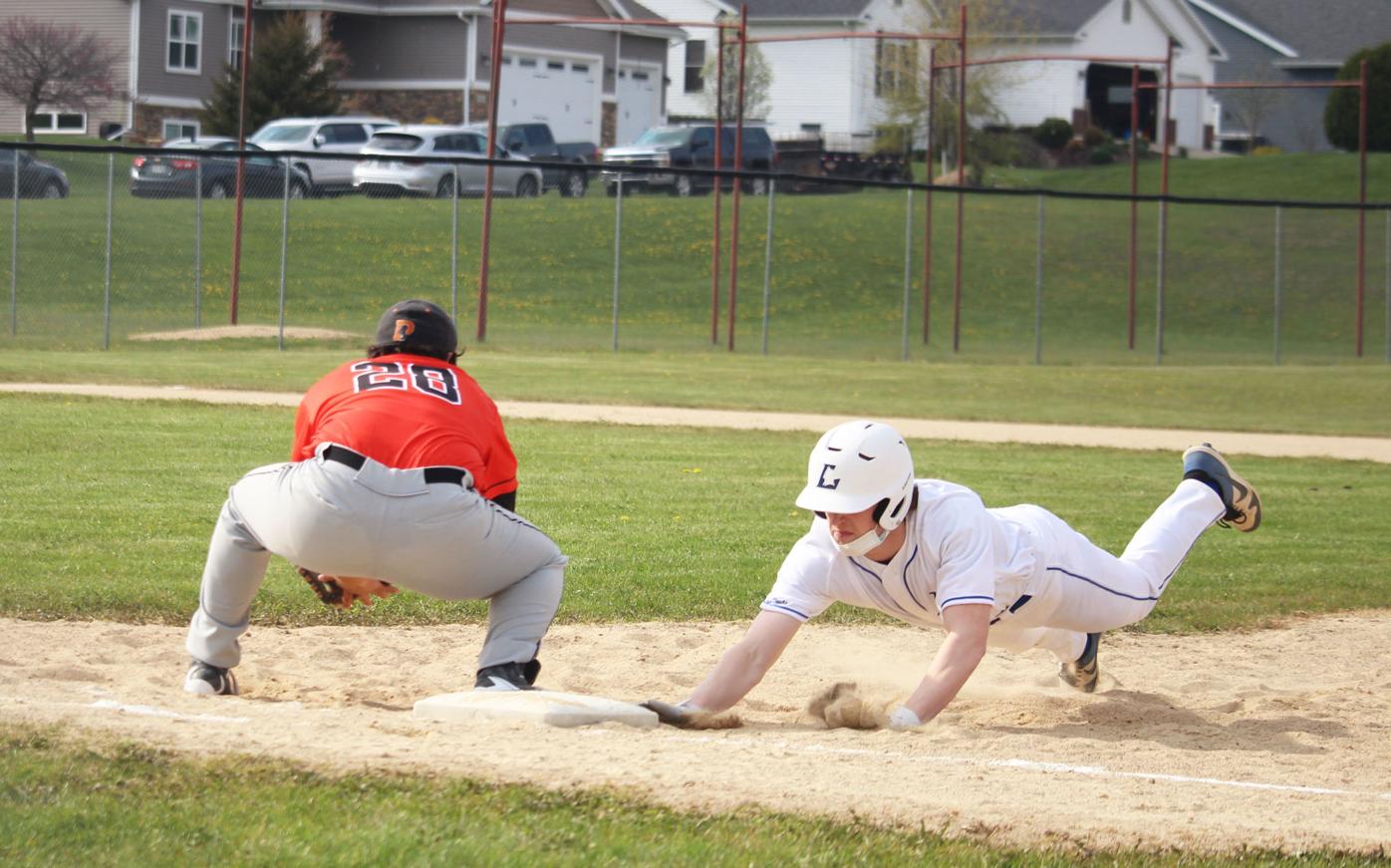 Lodi’s Finn Melchior dives back into first base before being tagged by Poynette’s Michael Leiterman. 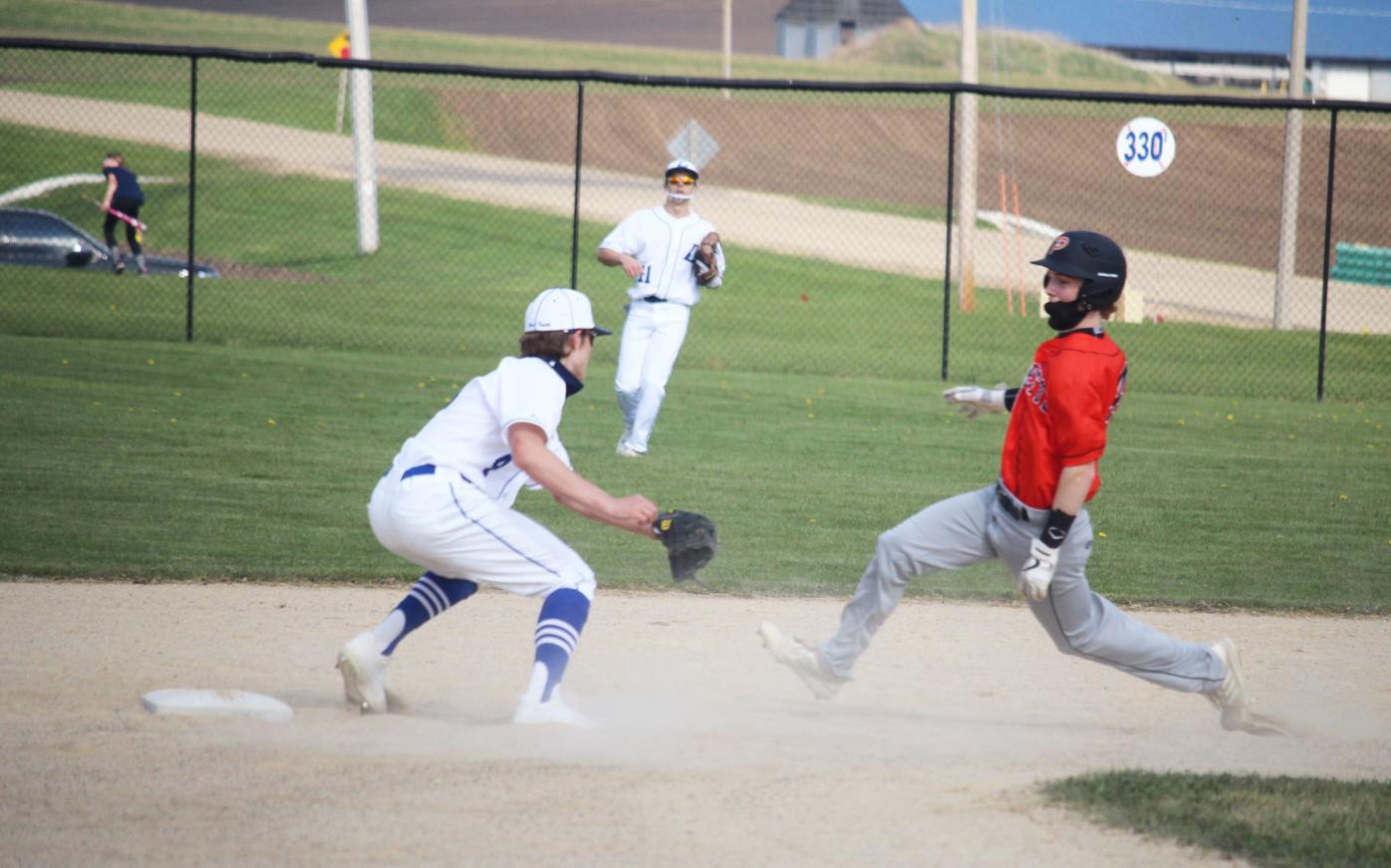 Lodi’s Finn Melchior dives back into first base before being tagged by Poynette’s Michael Leiterman.

The Lodi prep baseball team used a big start to knock off visiting Poynette 8-2 in the season opener for both teams on April 27.

“Lodi is a solid team and has a good chance to fight for a conference title,” Poynette coach Davy Tomlinson said.

It is the first season-opening win for the Blue Devils since 2016. Poynette has lost three straight openers.

The Blue Devils set the tone with four runs in the bottom of the first inning, thanks to three hits and three Puma errors.

“We had a rough first inning and dug ourselves a hole,” Tomlinson said.

After having just one base runner in the first four innings, Poynette finally broke through with two runs in the top of the fifth. Riley Radewan delivered a run-scoring single, while Jaden McCormick scored on a wild pitch.

Lodi answered with four hits in the bottom of the fifth on their way to four more runs to put the game away.

Poynette had five players record a hit in the loss.

Radewan, who had three strikeouts and a walk, took the pitching loss. McCormick had a strikeout and a walk in relief.

No stats were available for the Blue Devils.

Lodi will hit the road for the first time on May 6. They will pay at Lakeside Lutheran at 5 p.m.

The Blue Devils will then travel to Sauk Prairie for a 10:30 a.m. game on Saturday before returning home to host Belleville at 5 p.m. on May 10.

Poynette will host Lake Mills at 5 p.m. on May 6. The Pumas will then travel to Baraboo for a 5 p.m. non-conference game on May 10.

Despite out hitting the Warriors 8-4, Poynette managed just one run in the loss.

Lakeside Lutheran scored a pair of runs in the opening inning.

Both teams scored a run in the third stanza. Carter Hansen had an RBI double for Poynette.

The Warriors garnered three insurance runs in the bottom of the fourth.

Poynette had its chances late in the game, but were unable to score after having two runners aboard in each of the final three innings.

Hanson finished the game 3-for-4 at the plate, while Kelby Petersen as 2-for-3.

Hanson and McCormick both pitched for the Pumas. Hanson, who had three strikeouts and four walks, took the loss.