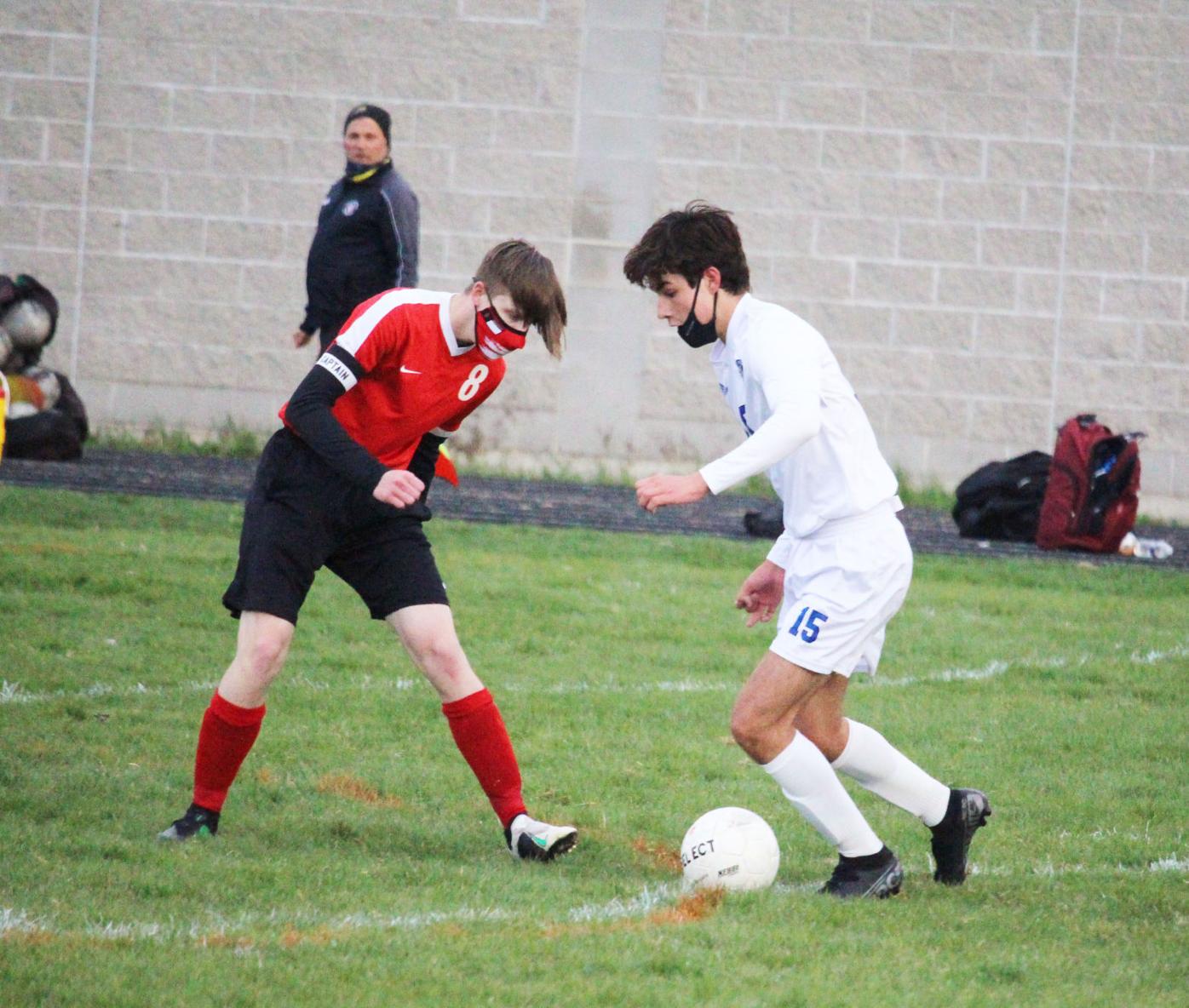 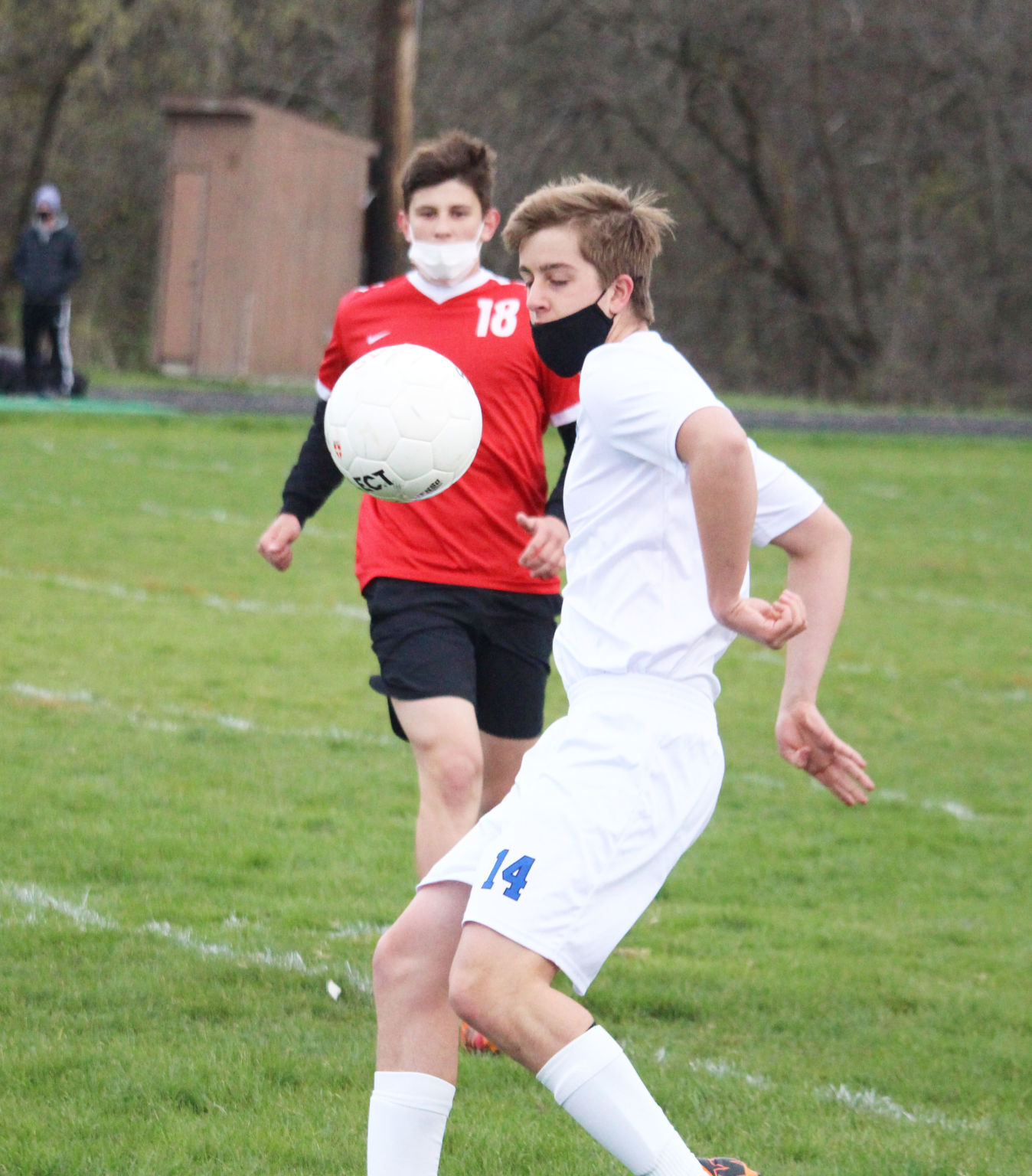 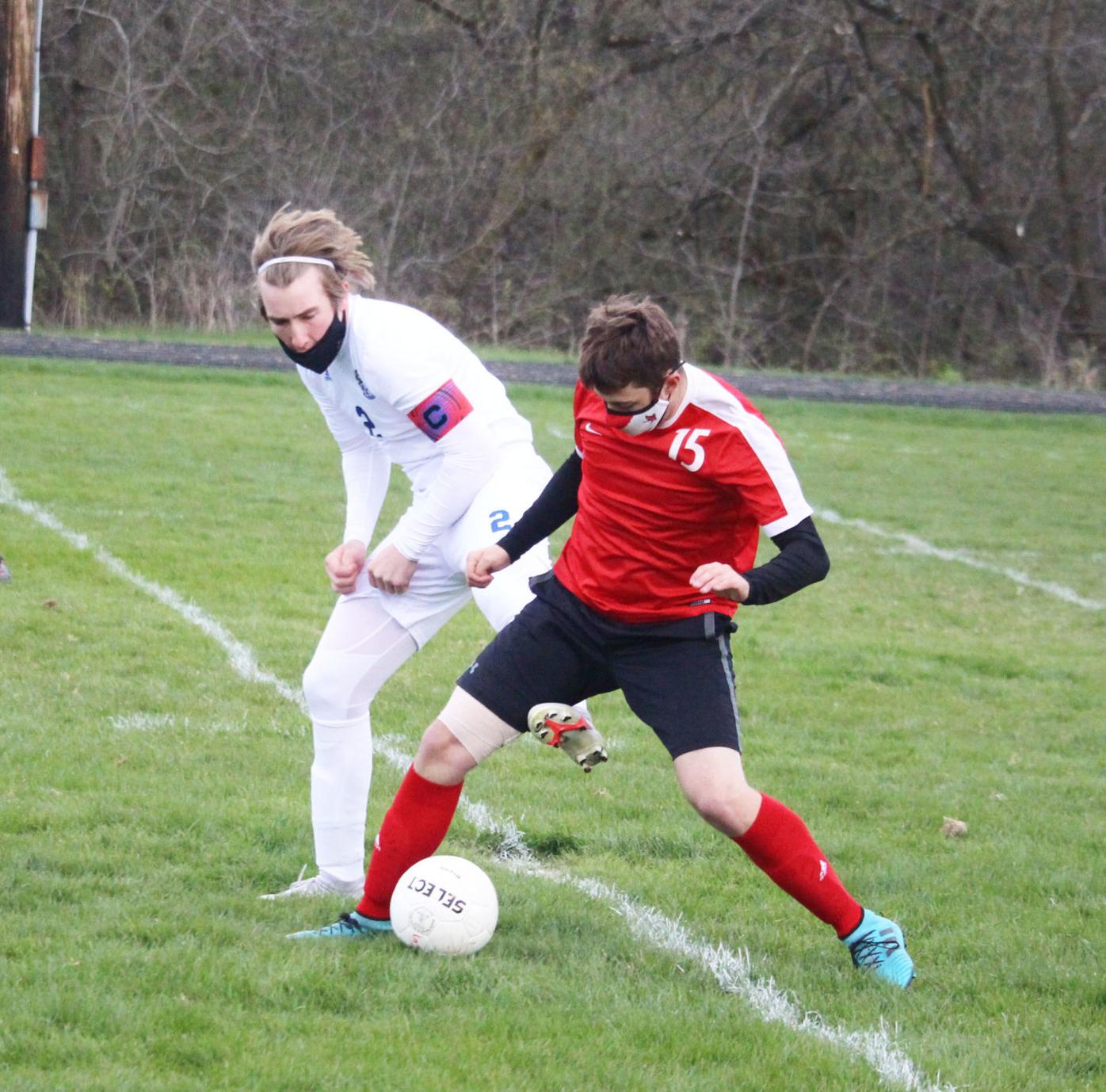 The Columbus-Poynette boys soccer co-op was able to snap its three-game losing streak on April 20 after getting revenge against Capitol Conference rival Lodi.

The Cardinals avenged their 5-1 loss to the Blue Devils on April 10 with a thrilling 4-3 victory at home on April 20.

Lodi controlled the action for most of the first half. The Blue Devils struck first with a goal by Bailey Clark nine minutes into the contest. Brady Ziegler had the assist.

Columbus-Poynette tied the game five minutes later with a goal by Cole Wright. Tony Genco had the assist.

The Blue Devils regained the lead with back-to-back goals by Ziegler at the 18 and 24-minute marks. The second goal came on a penalty kick.

The Cardinals cut the deficit to 3-2 with a goal by Tyler Milewski late in the first half. Kaden Moorad had the assist.

Milewski scored a second goal early in the second half to tie the game. Genco assisted on the goal.

The Cardinals came up with the winning goal at the 80-minute mark. Nate Koehler scored off an assist by Milewski.

Columbus-Poynette goalie Quinn Meinholz finished the game with 11 saves, while Carson Richter had one for Lodi.

The Cardinals are 2-3 in the Capitol Conference, while the Blue Devils are 2-3-1.

Columbus-Poynette and Lodi will both close out the regular season on April 29. The Cardinals will host Wisconsin Heights at 4 p.m., while the Blue Devils will entertain Sugar River at 5 p.m.

The Cardinals were unable to make it two straight after falling 1-0 to visiting Ripon on April 22.

The difference in the game was a goal by Adam Banerjee 38:40 into the contest.

Meinholz had seven saves in the loss, while Liam Gilfillan had six for Ripon.

The loss dropped Columbus-Poynette to 3-5 overall.

The Blue Devils bounced back from the loss to Columbus-Poynette and knocked off Capitol Conference rival 3-2 at Blue Devil Stadium.

No game information was available.