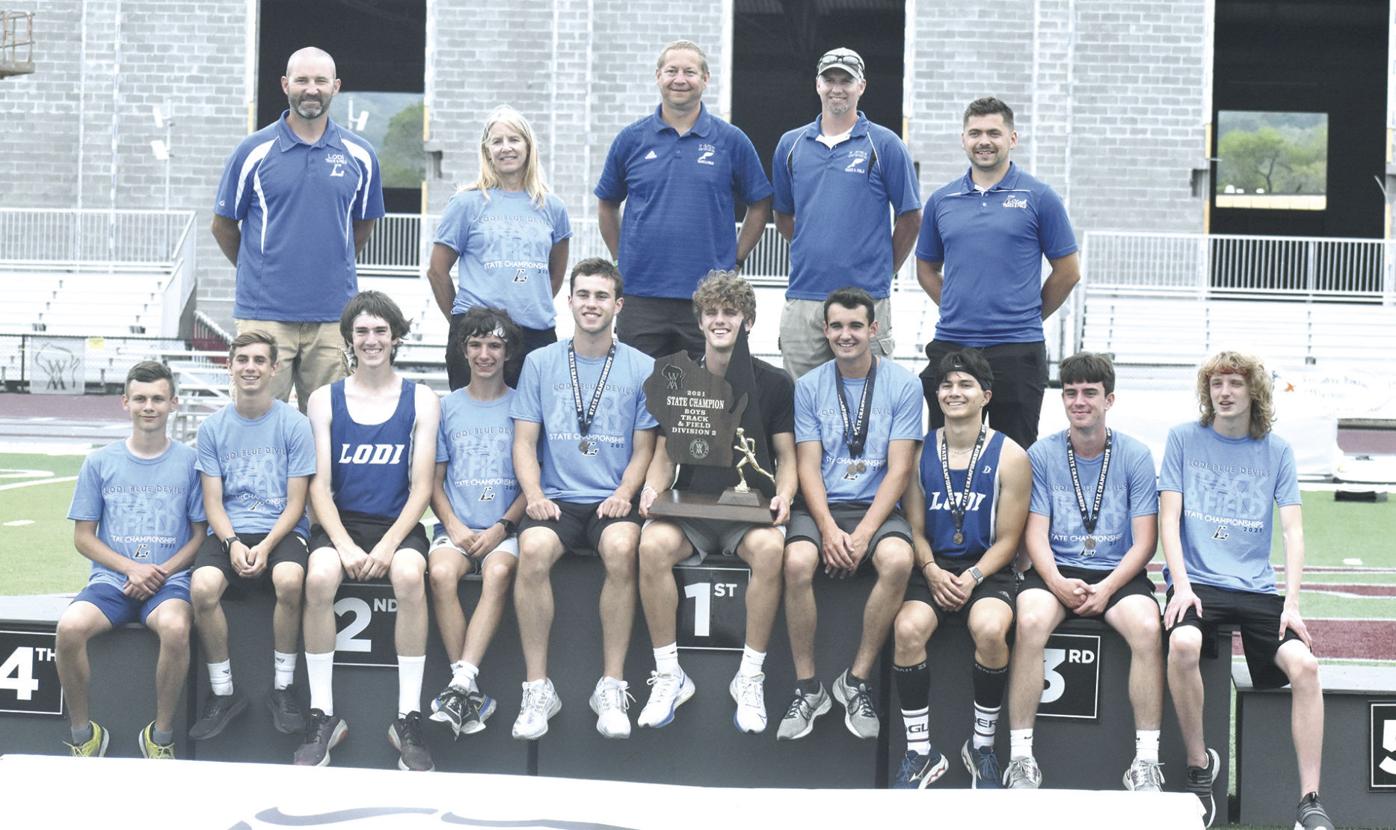 Lodi’s boys track and field team earned a share of the Division 2 title with Jefferson at the WIAA State Track and Field Championships in La Crosse on Friday. 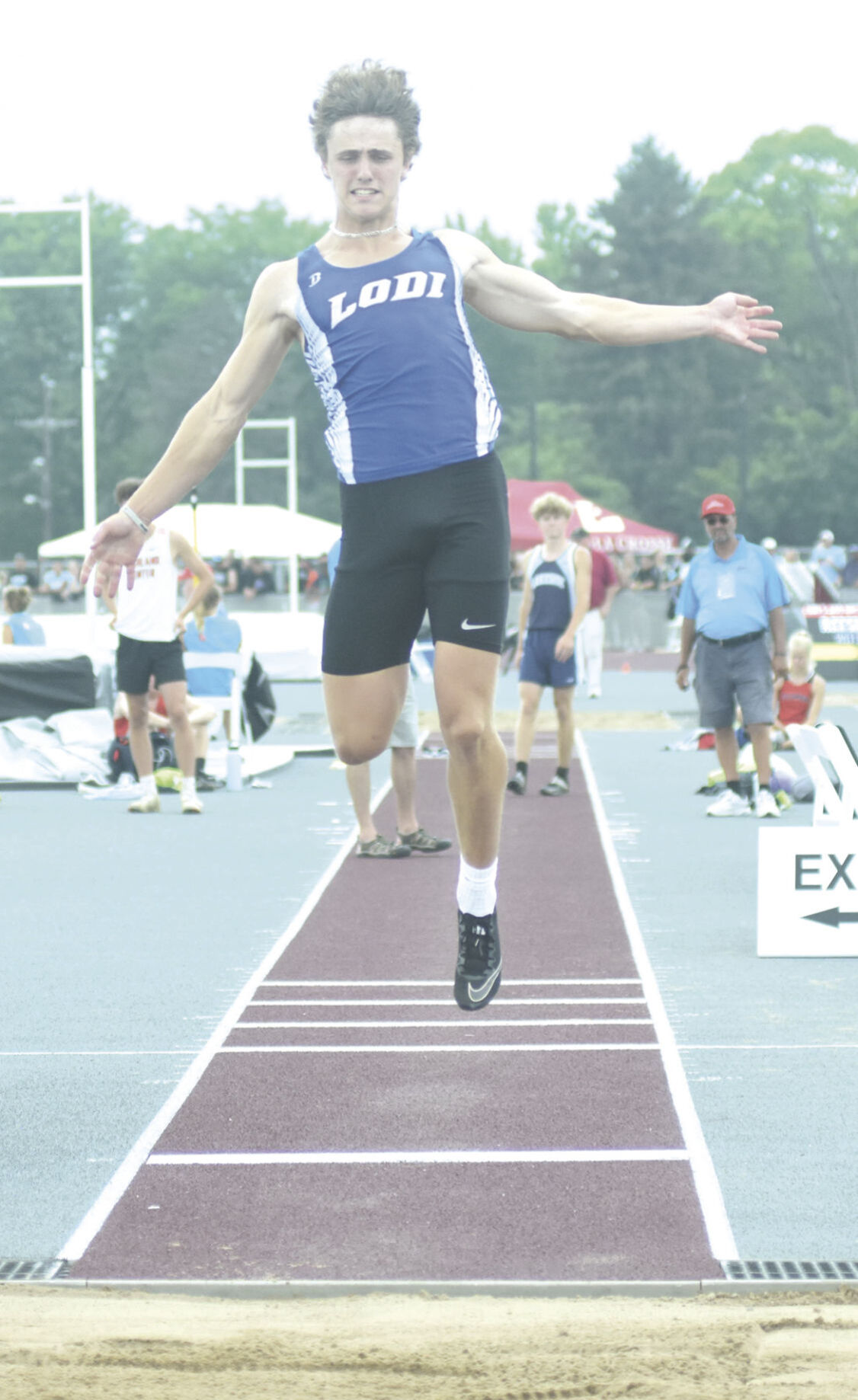 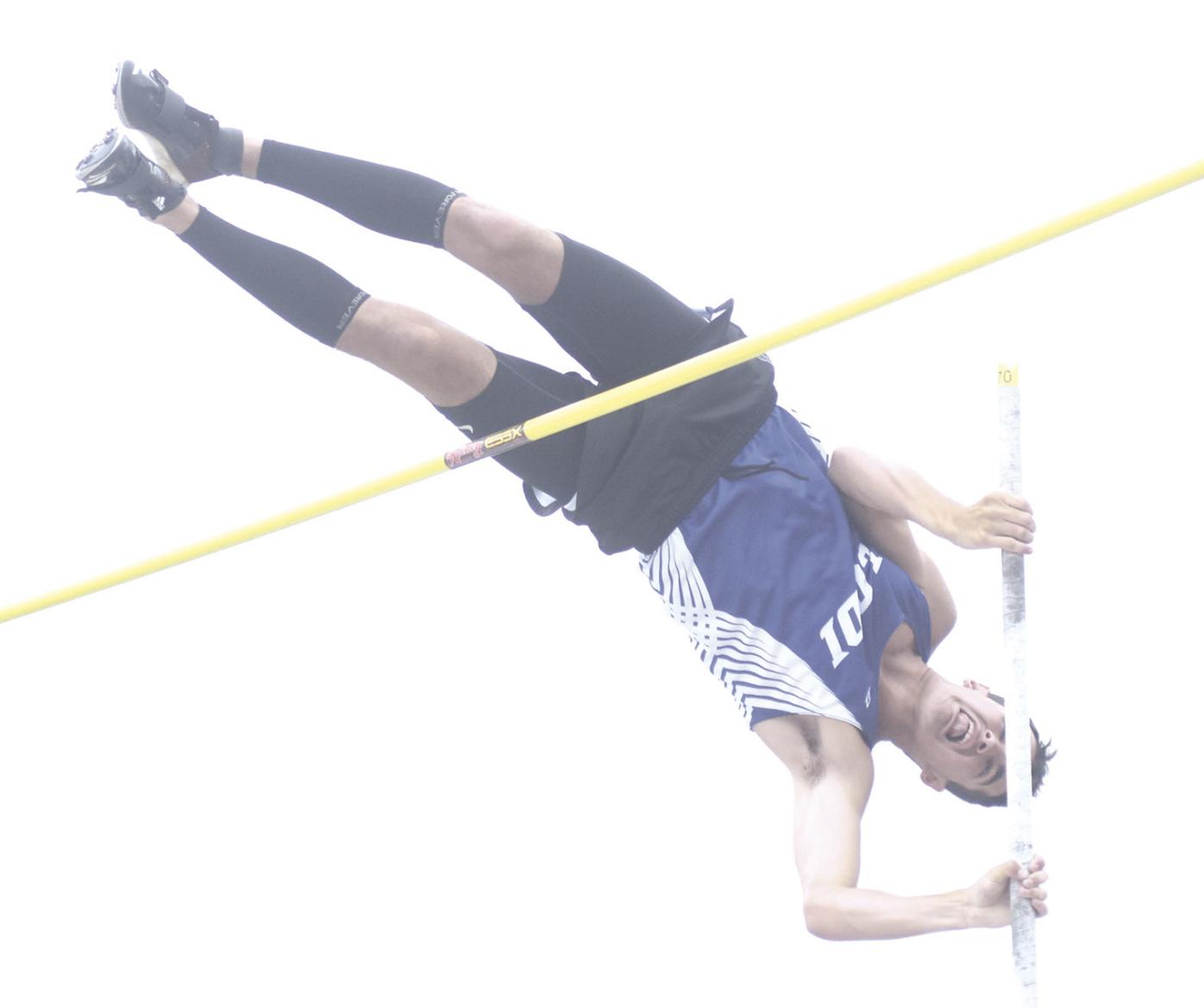 Lodi senior Lauryn Milne placed fourth in the Division 2 girls triple jump with a leap of 36 feet, 3 inches at the WIAA State Track and Field Championships in La Crosse on Saturday. 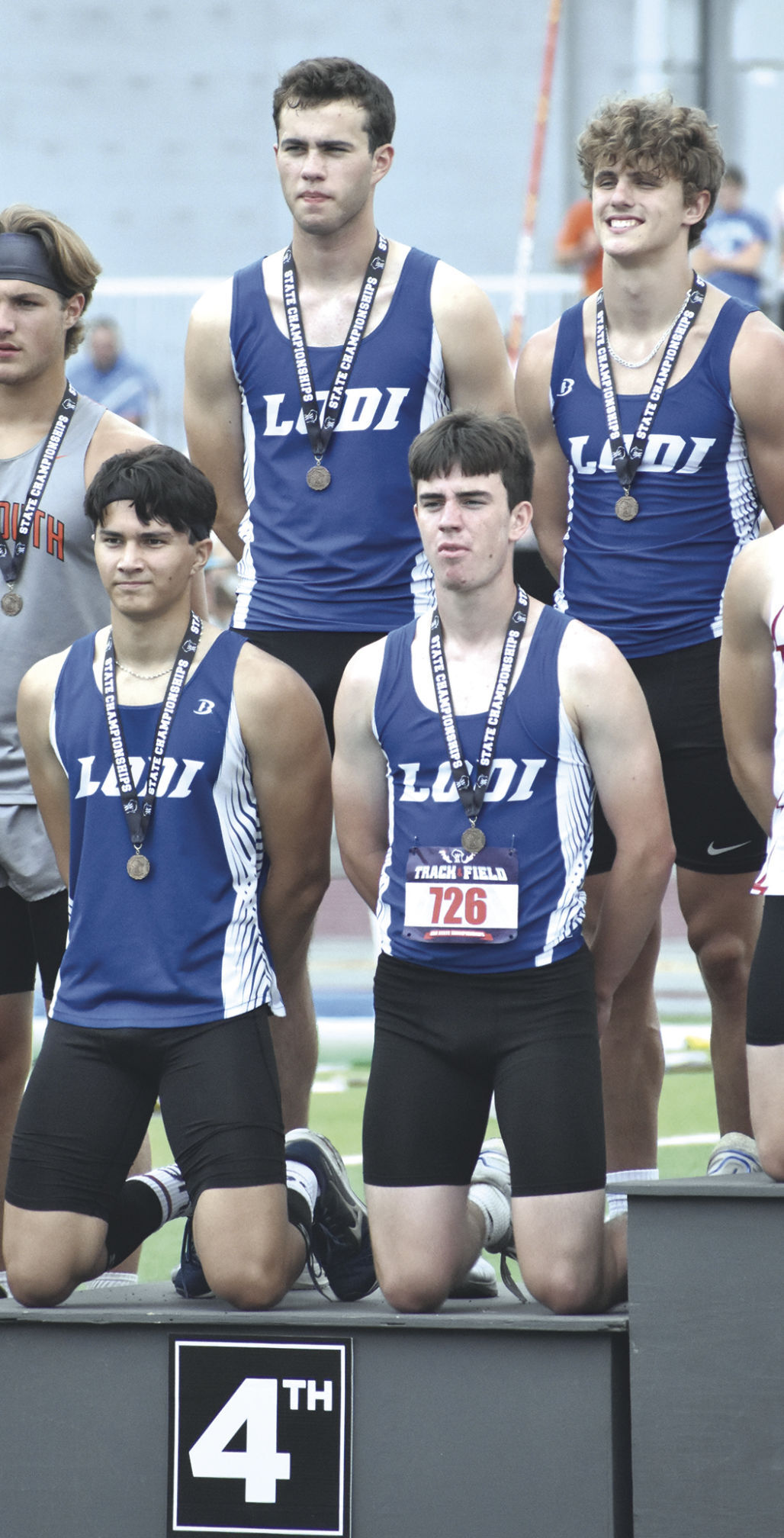 Lodi placed fourth in the Division 2 boys 800 meter relay at the WIAA State Track and Field Championships in La Crosse on Friday, thanks to the efforts of Lucas Heyroth, Brody Nyfenegger, Marcus Malig and Cayden Coddington.

Lodi’s boys track and field team earned a share of the Division 2 title with Jefferson at the WIAA State Track and Field Championships in La Crosse on Friday.

Lodi senior Lauryn Milne placed fourth in the Division 2 girls triple jump with a leap of 36 feet, 3 inches at the WIAA State Track and Field Championships in La Crosse on Saturday.

Lodi placed fourth in the Division 2 boys 800 meter relay at the WIAA State Track and Field Championships in La Crosse on Friday, thanks to the efforts of Lucas Heyroth, Brody Nyfenegger, Marcus Malig and Cayden Coddington.

“Overall, it’s tough to put into words what winning this state title means to the community of Lodi, athletes, parents and coaches,” Lodi coach Randy Skellenger said. “This was the most difficult year of many people’s lives without a doubt and to finish up with a state team title after all we’ve endured over the last 16 months is a dream. We thought we had a shot last year as a team and that was taken away by COVID-19. Many seniors who left us to graduation didn’t’ get that chance, so this title really feels like a COVID-double state title. It’s that much more meaningful to bring this trophy home to the community and to the kids who didn’t get that chance last season. I’d be remise if I didn’t recognize our 2020 senior captains, Amanda Miller and Jack Hansen, who spoke to the team on Wednesday prior to heading to state about not taking the opportunity for granted.”

“Coming into the day, we were targeting for 40 points,” Skellenger said at the conclusion of his 20th season with the program. “We knew Jefferson was targeting 40 points as well. We figured whoever could get to 40 first would be in the driver’s seat and anything after that would likely do it.

“We were fortunate to finish where we expected to,” he added. “We were fortunate to tie. It’s sweeter, even tying as opposed to being second. We will take the tie any day. This is the first track and field state title for Lodi, boys or girls. The boys were runner-up three years ago. This is really the culmination of a lot of things. A lot of kids working hard, a coaching staff that is second to none. We joked that we’ve got a hundred years of experience between the five coaches.”

It was the first track title for Lodi and just the 11th in school history.

The Lodi girls also had a great showing. The Blue Devils finished in 33rd place with seven points.

Heyroth had one of the best state meets in program history. He garnered state titles in the 110 hurdles, 300 hurdles and long jump.

“Lucas with two titles in the hurdles, and the long jump and contributing to the relay as well,” Skellenger said. “We’ve got a lot of speed. Really, it’s coaching and just great talent with the athletes that are coming through the program as well. They listen to the coaches they have got. They listen to the experience. I really have to give a shout out to Nancy Rabensdorf, for preparing Lucas as well in both the long jump and hurdle events.”

Heyroth had a distance of 22-feet, 10-inches to win the long jump.

“Despite the heat and humidity, Lucas really remained quite calm,” Skellenger said. “It seemed like he’d had two years to visualize his junior state meet and he executed perfectly.”

Melvin McIntyre also made it to the medal podium after placing sixth in the pole vault with his height of 13-6.

“Melvin was able to move his way up the placements and onto the medal stand by being flawless through 13-feet,” Skellenger said. “His first miss occurred at 13-feet on his first attempt, but then cleared it on his second attempt. Without those early makes in competition, we wouldn’t have come away with the team title.”

“I really felt for Brody in the final round of the triple jump,” Skellenger said. “His final distance put him in seventh overall and only 2-inches out of the second-place spot.”

“I can’t say enough about the relay,” Skellenger said. “We inched up on several teams over the final two legs which put us into the fourth-place spot. We were gaining on third but ran out of real estate.”

The Blue Devil girls had their share of outstanding finishes. Lauryn Milne led the way with a fourth-place finish in the triple jump (36-3).

“Lauryn had an excellent day in triple jump finishing fourth overall,” Skellenger said. “She was our senior Rockstar all season and today she finished on a high note and near her school record. She’ll be off to UW Lacrosse in the fall to compete in basketball and track and field, so her career isn’t done quite yet.”

“Lily had an amazing state meet in her first appearance as a sophomore,” Skellenger said. “To PR in both races was a pretty big accomplishment and she has two seasons left to keep moving up.”

“Ella didn’t have her best day, but you can’t always have your best day at the state meet,” Skellenger said. “She ended up setting the school record this year by 6-feet and will be hungry to return next year to go after the state title again.”

The Lodi girls also medaled in one relay event. Lexi Meek, Dylann Harrington, Puls and Milne were eighth in the 1,600 relay (4:10.72).