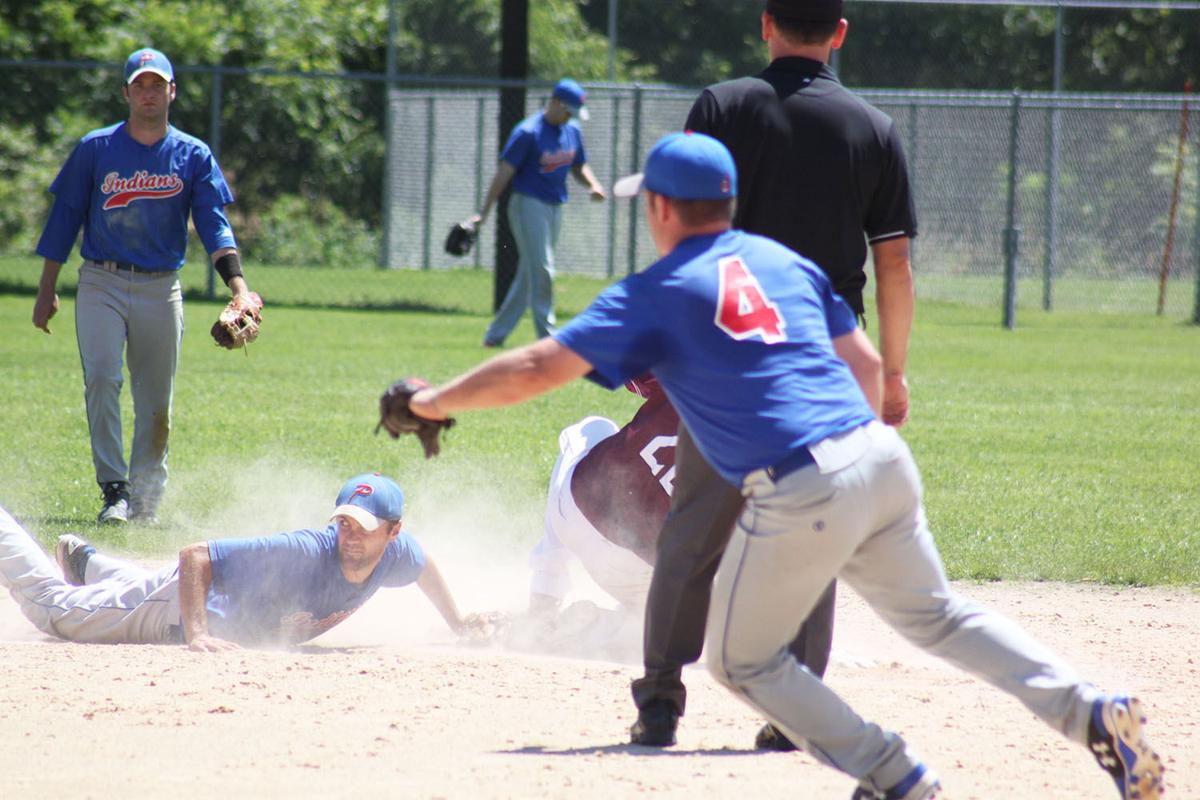 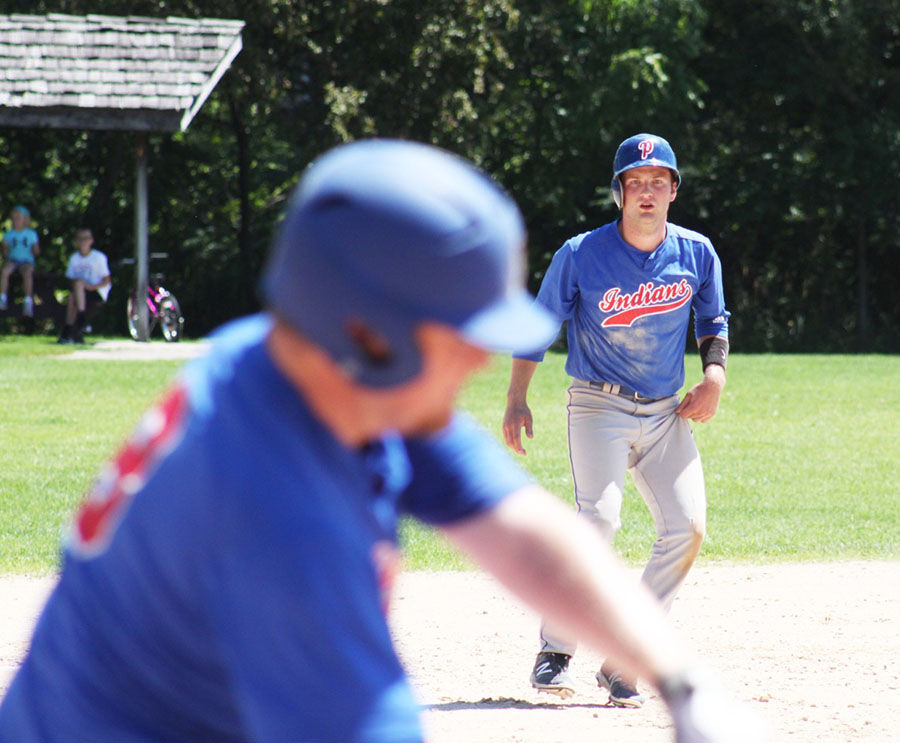 Jalen Knuteson watches teammate Aaron Krigbaum take a swing at a pitch while leading off third base.

Jalen Knuteson watches teammate Aaron Krigbaum take a swing at a pitch while leading off third base.

After clocking 17 hits throughout the game, the Indians secured 12-0 shutout victory over the host Crawdads on Sunday, July 9.

Poynette notched one run in both the second and third innings to lead 2-0 before cracking open a four-run inning during the fourth. Anthony Mabrey reached on fielder’s choice, followed by singles by Davy Tomlinson and Aaron Krigbaum. Taylor Blumenstein and Andy Knuteson then both had RBI walks. Steve Leiterman was later hit by a pitch to score another runner, followed by a Dylan Tomlinson RBI walk.

With a 6-0 advantage, Poynette scored a single run again in both the fifth and sixth innings. In the seventh, the Indians secured another four runs to end the game. Jared Johnson had a leadoff double before Dylan Tomlinson reached on fielder’s choice. Jalen Knuteson then hit a RBI single and Mabrey followed with a RBI double. Davy Tomlinson then smacked a two-run triple before the end of the inning.

“This was a big weekend for us to stay alive in the playoff hunt,” Davy Tomlinson, catcher and team manager, said. “We’re staying very balanced offensively. Everybody is contributing.”

“I was able to get ahead in the count consistently and that made a big difference,” Mabrey said.

The host Indians allowed the Deacons only four runs before posting a 14-4 win on Saturday, July 8.

“This was a huge win for us,” Davy Tomlinson said. “We need to keep it rolling the rest of the way for us to make it into the post-season.”

Poynette came out of the gate with two runs during the first inning before DeForest answered back with three of its own at the top of the second. The game remained 3-2 through the third inning.

The Indians tied it up during the bottom of the fourth, managing one run, before taking a four-run lead in the fifth. Jalen Knuteson had a leadoff walk, Leiterman hit a sac bunt, Davy Tomlinson was hit by a pitch and Mabrey walked, which left the bases loaded. Krigbaum then launched a two-run double, followed by RBI singles by Blumenstein and Andy Knuteson.

The Deacons managed one more run in the sixth, their last of the game. With the scoreboard 7-4 in the Indians’ favor, they powered through the final two innings with three runs in the sixth and four more in the seventh. The game ended on the 10-run rule after Alex O’Connor hit a RBI single.

“Changing speeds and keeping hitters off balance is a big deal,” Andy Knuteson said. “Our defense was solid, including some great plays to get us out of some jams.”

The Railmen couldn’t gain enough steam for a victory during a July 6 night league-matchup with the Indians; the visitors were shut out 10-0.

By the end of the second inning, Poynette led 3-0. During the bottom of the fourth, the Indians racked up another four runs on four hits and a walk, including a two-run double by Mabrey and RBI singles by Davy Tomlinson and Andy Knuteson.

Rio failed to capitalize throughout the game; the scoreboard read 9-0 in the Indians’ favor before the start of their at-bats in the sixth. Davy Tomlinson scored Poynette’s final run off a bases-loaded walk to end the game on the 10-run rule.

“Our pitching was excellent, holding them to just one hit,” Davy Tomlinson said.

Next up for Poynette is a home exhibition game against Mauston on Thursday, July 13, at 7:30 p.m., followed by a trip to Cottage Grove on Sunday for a noon game.