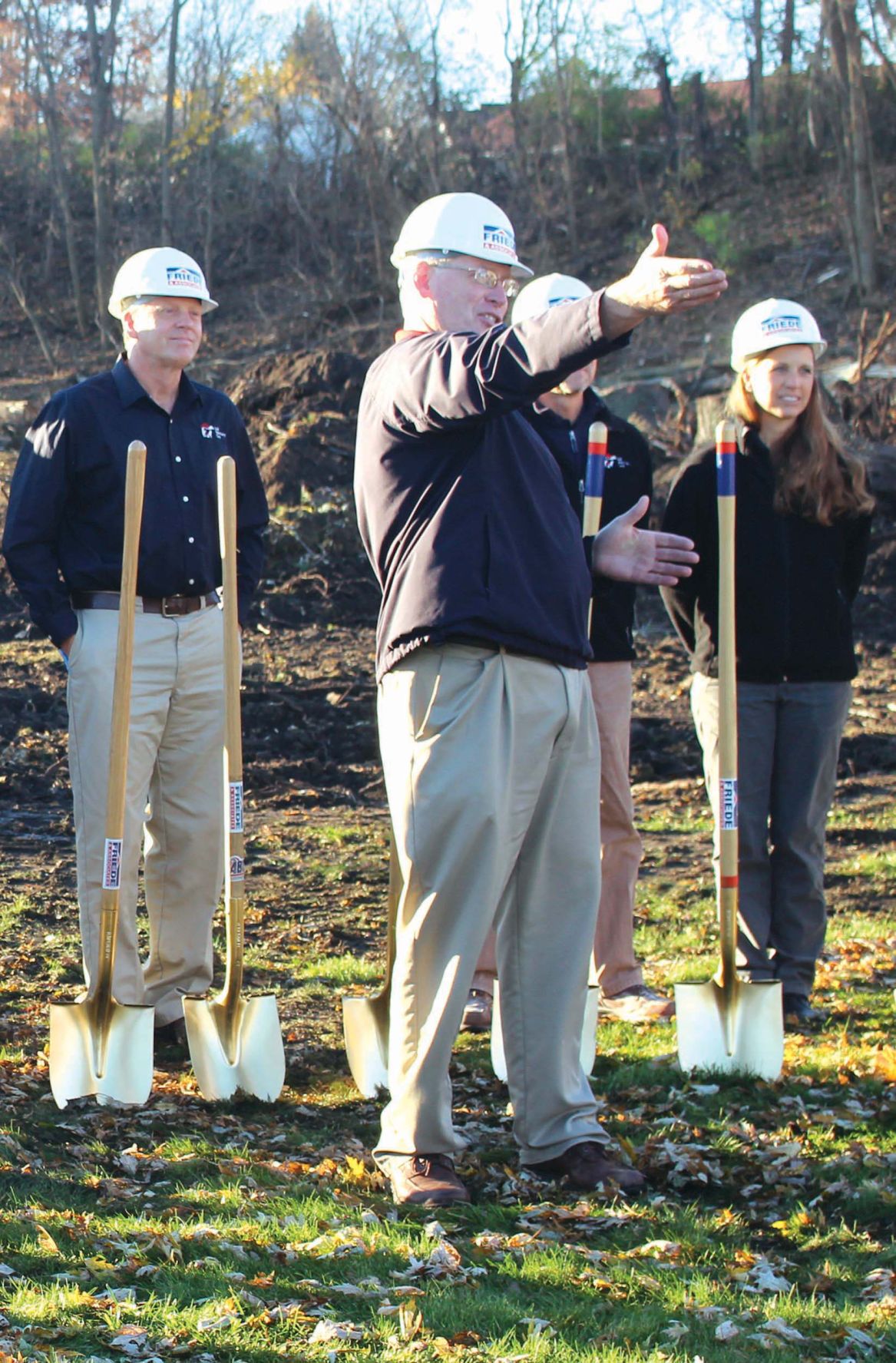 A groundbreaking ceremony last week made the Lodi Veterinary Care expansion and remodel project official, although discussions for the updates to the facility have been ongoing for a number of years.

The most recent addition to the building was completed about 17 years ago and now the time has come to do it again, according to managing partner and CEO of Lodi Veterinary Care Dr. K.C. Brooks. Even though the serious planning for this project began about two years back, preliminary talks began years before that.

“Probably about seven or eight years ago, we started to realize that at some point we were going to have to expand again,” Brooks said.

Brooks, who is also a companion animal veterinarian at the facility, said they had to consider many factors while developing the project.

“It’s been a fairly long, complicated process,” Brooks said. “There’s six partners in this business and there’s three pretty separate divisions – livestock, equine and companion animal – that all have their own needs. A lot of discussion has been about how we serve all three of those divisions and what’s good for existing partners and new partners coming in. But most importantly, the main driver for the expansion really has been how we service our clients and patients.”

The expansion and remodel, which will add approximately 14,000 square feet to the existing facility on North Main Street, will advance services in boarding, companion animal, equine, large animal and staff areas. The project, which is expected to be completed next summer, came due after the current building started to become more inconvenient for the growing business.

“It’s getting to the point where in order to provide the quality of services we wish to provide for our clients, our existing facility is making that difficult,” Brooks said. “The building has been added on like three times and the business has changed so dramatically that some of those additions actually made the facility less and less efficient.”

One example of those faults is the location of the lab for all three divisions, which currently lies on the very south end of the building. Brooks said the hospital’s equine and livestock divisions operate on the opposite end, which causes staff to have to take the time to travel back and forth.

“Part of what we were trying to do is get additional room for patient care and staff, but part of it was also to improve efficiencies so that we can keep the cost of care down,” he said. “That’s a huge thing. People have to pay for their animal healthcare out of pocket predominantly.”

Another reason for the remodel and expansion was due to additional services being offered and making the space available more comfortable for everyone involved.

“There are services now that we offer, such as advanced orthopedic procedures, some of which weren’t offered five years ago,” Brooks said. “It will provide room for that to happen in an appropriate setting. It will provide better areas for patient care, quiet recoveries and more stress-free visits for animals coming into the clinic.”

Currently, the facility’s space issues sometimes cause commotion that the updates will help to eliminate.

“Right now, if you’re here in the afternoon, it’s a very busy place and that’s fine, but for a patient coming in, sometimes that’s not so good,” Brooks said. “We want it to be as stress-free and enjoyable as possible, for both the patients and the clients. It will allow the layout and room for that to happen.”

According to Brooks, support for the project has been widespread, from local officials to the clinic’s clients.

“That’s one of the most refreshing things that’s happened during this process,” Brooks said. “It’s good to see that people recognize that this business is important to the city of Lodi, too. It’s near and dear to our hearts, but we employee over 90 people and for a community this size, that’s important. It also brings people in from other communities that come in and see what Lodi’s really like and I have to believe, as a community, that’s good for us.”

The clinic’s future has also been a driving force in the project.

Brooks, who believes the clinic offers fairly unique care, from its commitment to veterinary medicine, which isn’t “the norm anymore,” to its after-hours emergency services, said this project will help keep that core mission alive and allow the business to thrive.

“Our hope is that our central hospital remains a place where advanced workups and all that can be done at a reasonable price by good people, but then there’s also satellite facilities, like the DeForest clinic, that will happen around us,” Brooks said. “This allows for growth if that’s what happens down the road.”