A group photo of the Lodi Woman’s Club in 1912. Many Woman’s Clubs, such as Lodi’s, started as a literary group but has since expanded their presence in the city. 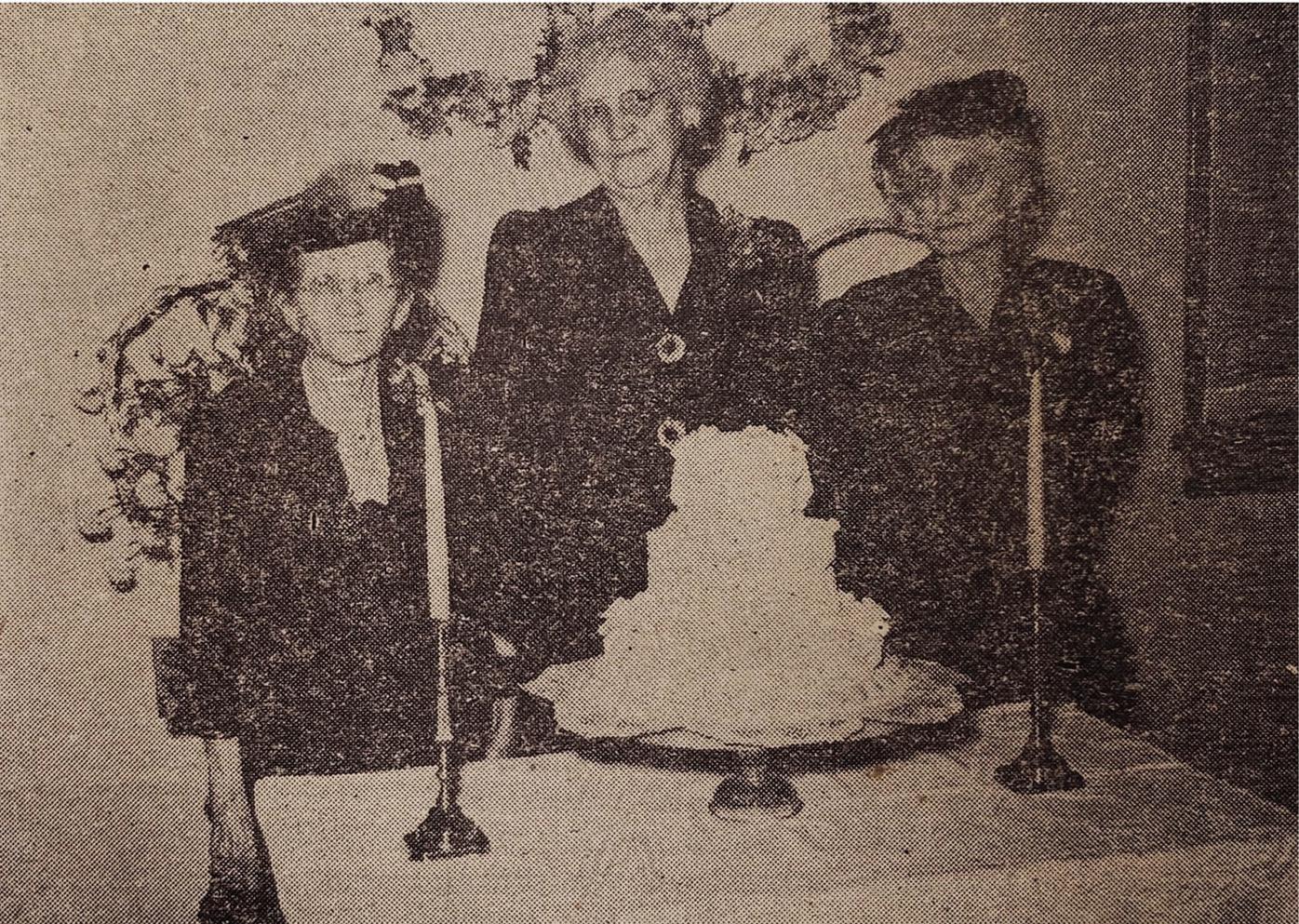 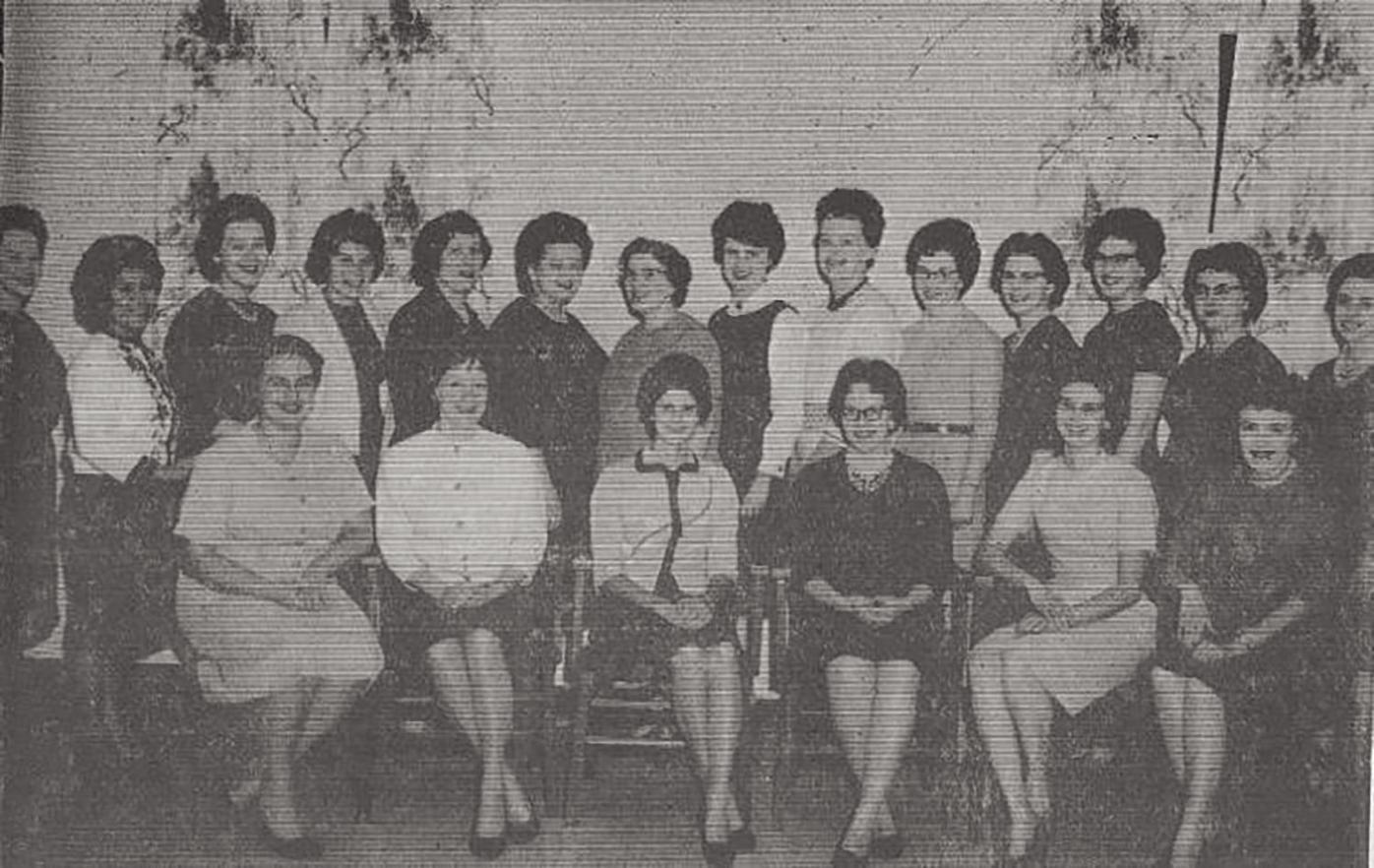 A group photo of the Lodi Woman’s Club in 1912. Many Woman’s Clubs, such as Lodi’s, started as a literary group but has since expanded their presence in the city.

The Lodi Woman’s Club was founded 125 years ago with the hopes of coming together as a community to share knowledge and interests.

They have since become a staple of the Lodi community, contributed to community projects and worked to make a difference. The Woman’s Club plans to celebrate their upcoming anniversary with Lodi and hopes to share their history and accomplishments with others.

Woman’s Clubs were a nationwide movement started in the 1800s of social reform where women looked to influence their communities. Many of the clubs, such as Lodi’s, started as a literary group but has since expanded their presence in the city.

On Nov. 23, 1894, a group of around 40 women trekked through a snowy Lodi city and went to the home of Mrs. Edward Nichols. Those group of women founded the Lodi Woman’s Club that night, and Genevra Loveland led the group as their first president. This group was officially federated two years later with the founding of the national organization in 1896.

Grace Irwin Brainerd wrote a history of the Lodi Woman’s Club in 1948 and recounted the approximate first 50 years of the organization. She wrote that with growing membership into the turn of the century, the club broke off into three departments: Authors and Music, The Bay View and the Shakespeare Club.

As the name implies, Authors and Music spoke about authors and their works, as well as musical composers with musical selections. Brainerd wrote the Shakespeare department completed ten years of intensive study, which included the reading of all of Shakespeare’s plays and many separate Shakespearian character studies.

Over the years the club has had different departments. Today, they have Altruista (founded in 1933), Omniana (founded in 1946) and O.N.O, or Our Night Out (founded in 1960). Altruista was founded for the purpose of plays, Omniana was meant for younger women and mothers and to hold fundraisers and O.N.O was created for money-making projects to help community causes.

Being centered around books, and having a collecting of their own, the group first had the idea to form a library in Lodi in 1900.

“Thinking back fifty years, you may well know that library in a tiny village was not common and that while there was no direct opposition to it, neither did these women receive much encouragement out of the club in this new venture,” Brainerd wrote. “They had no room and no money; only a few books and their courage, and this courage they have kept all through the years of vicissitudes and trials which usually accompany any new project.”

Lodi constructed their town hall in 1915 and the Lodi Woman’s Club convinced them to allow space for a library, which also came with heat, light and a librarian. It was later moved out of city hall, where it officially became “Lodi Woman’s Club Free Library”.

Brainerd wrote the library’s influence reached into almost every home in the city and the countryside. She talks about the influence the club has had on the children as well as the community as a whole.

“Women’s Clubs are steps forward to higher ideals, better communities and a more worthy national life. The Lodi Woman’s Club can be justly proud of this library—it represents the faithful efforts of many years and it has stood the test of time,” she wrote. The library was conceived in such a fine and philanthropic spirit that were we to fall in this trust, it would seem that we had ‘broken the faith’.”

While the Lodi Woman’s Club has not been associated with the national organization in around 50 years, they continue to bring about positive change in the city through fundraisers, community service projects and an annual college scholarship.

The club, headed by President Mary Ann Morack, has 40 members and hosts garage and jewelry sales for fundraiser. They also donate $2,500 annually to the library, which has been used to fund magazine subscriptions.

The Woman’s Club plans to celebrate their 125 years 1-4 p.m. on Oct. 13 at the Waddle Inn, N1430 WI-113, Lodi. They plan to recognize the club’s contributions and services to the community over the years and will be showcasing displays of their history, artwork and other projects.

There will be a silent auction and a 50/50 raffle, along with cake and refreshments for all. All proceeds raised from the event will go back to the Lodi Public Library.

While Woman’s Clubs in the U.S. have not been as popular as they were in 1900, Lodi’s club continues recognize the success of Lodi’s women, which is seen in the businesswomen across Main Street and throughout the city.

“It is our hope that we may always have a group of women like these pioneer club women, ready to sacrifice personal desire and ready to give loyal service to the club and to the library,’ Brainerd wrote. “Their dream has indeed become a reality.”