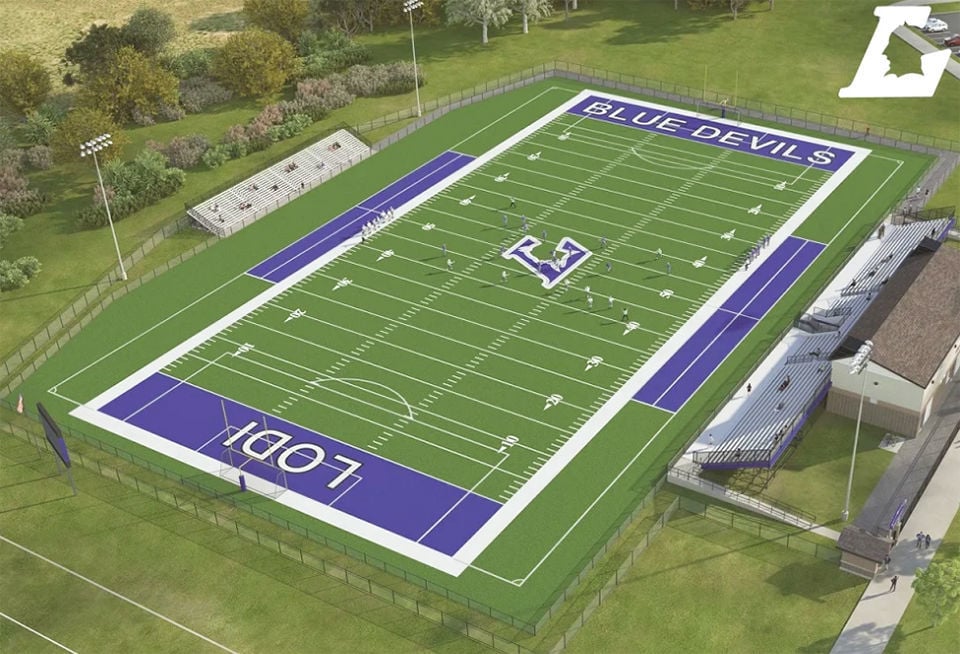 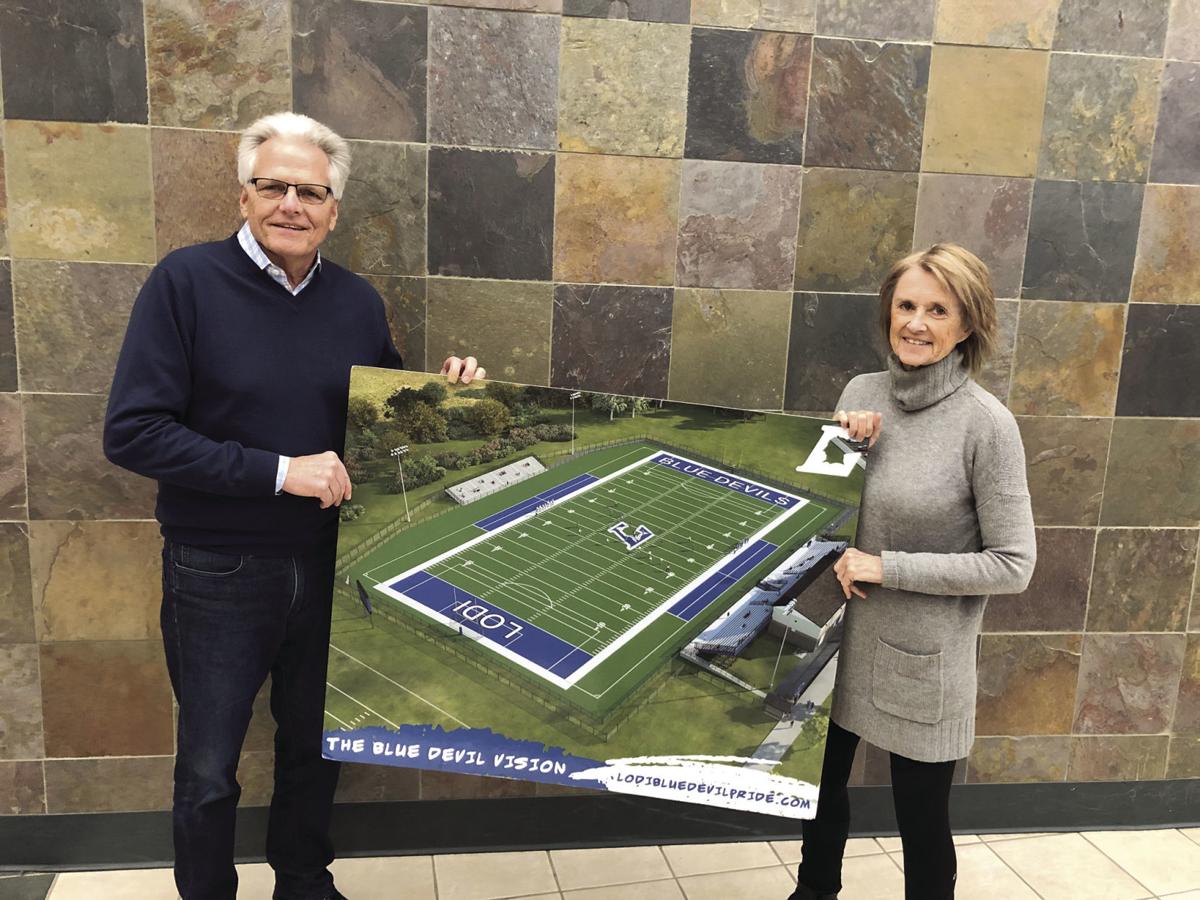 Lodi alumni Jean and Dick Maddrell recently donated to the Lodi stadium turf fundraising project at the Varsity level ($5,000-9,999). Donations to the project over the last three weeks has reached over $150,000. 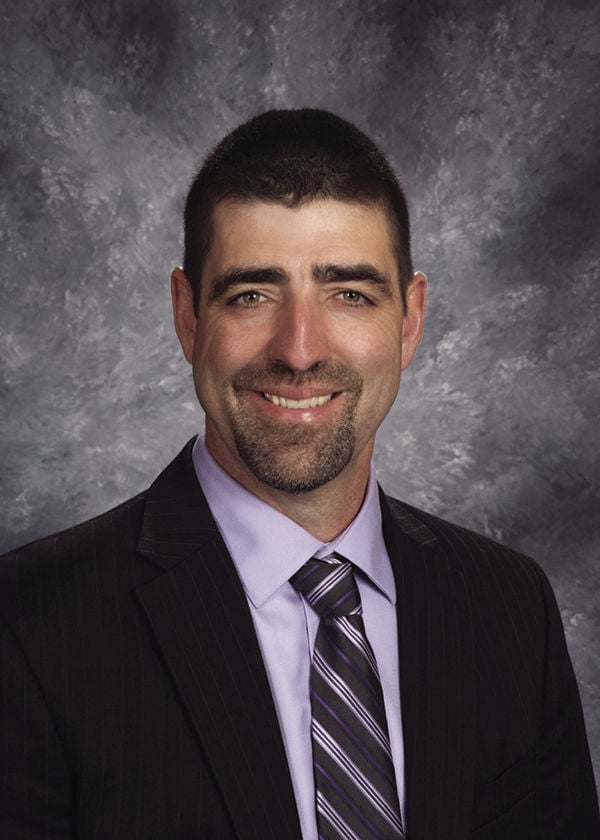 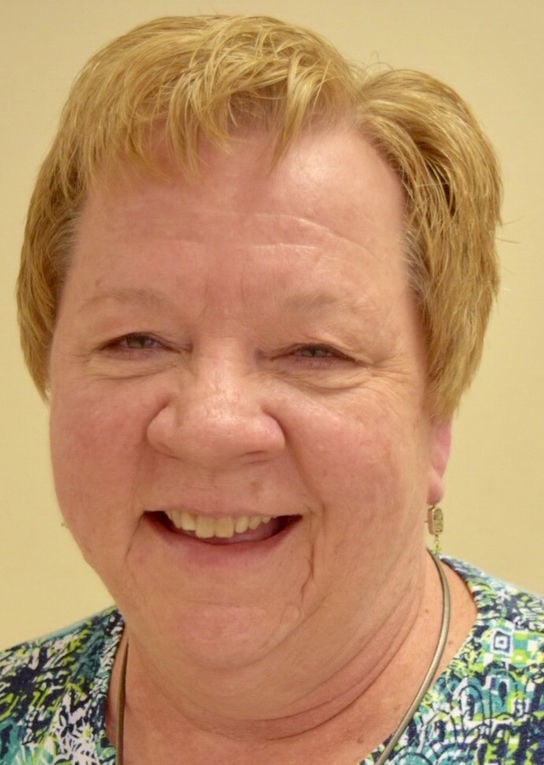 Lodi alumni Jean and Dick Maddrell recently donated to the Lodi stadium turf fundraising project at the Varsity level ($5,000-9,999). Donations to the project over the last three weeks has reached over $150,000.

The numbers are in and Lodi School District has over $1 million set aside for the stadium turf project. This will cover the cost of the project and means construction can begin.

The Lodi Stadium Fundraising Committee raised around $355,000 at the time of the last board meeting on Feb. 10. In the last three weeks, the committee was able to secure over $150,000 in donations. The donations, in combination with the $500,000 the School Board will borrow for the project, has led to a grand total of $1,005,592.

“The community has been very supportive,” School Board President Sue Miller said. “I was happy to see our own vendors that we use as a school district step up and give donations. That means a lot to me. Thank you everybody. I thought it could be done but I wasn’t sure, and that is phenomenal what you did in three weeks. Every school district in the state is going to be looking at what you guys did.”

The school district has nearly 300 supporters for the stadium project listed on their website, between individuals, businesses and organizations. Principal Vince Breunig said it seemed like every time he walked into his office there was a check sitting on his desk.

“I really appreciate all the time and effort community members and committee has put in to fundraise for this and I appreciate the board giving us the opportunity by putting half a million dollars toward this stadium,” Breunig said.

When the School Board met Feb. 10, they showcased preliminary bid numbers for the project coming in under $1 million—Over $300,000 less than estimated at the beginning of the school year. They voted to hold a special board meeting March 2 to allow them to meet with their turf bidders and allow the fundraising committee to raise secure any last-minute funding.

On Feb. 19, the school district met with Meise Construction, Justin Johnson of CG Schmidt Construction and Scott Groholski of Point of Beginning and had a discussion about the scope of the project. Meise was awarded the bid for the general site work, coming in at a cost of $305,598.

Lodi later met with their turf bidders and had them resubmit their proposals Feb. 27 to reflect the district’s questions and to utilize state pricing incentive. The final cost of the project was finalized March 2.

The final total for the stadium turf project came in at $967,416. The turf bid was awarded to Midwest Sport and Turf Systems for $496,400. Business Manager Brent Richter said this company was described as having “the Cadillac” of turf.

“We think and we hear from a lot of people that this would be a highly sought after company if you can do turf as a school district,” Richter said.

Along with the project cost will be a contingency cost of $93,000. Richter said over $37,000 from fundraising will be used toward the contingency. This number could go up if donations continue to come in over the coming weeks. Based on these numbers, Richter requested $52,000 from the Capital Projects Fund (Fund 41) to support the rest of the contingency.

If additional funds are raised, any money not used in the contingency fund could go back to Fund 41 or could go toward future costs of the stadium, such as maintenance or the phase two construction. Phase two includes ticket booths, archway entryways and a plaza area.

Breunig said the contingency cost is high but chose to estimate conservatively, to be safe.

The School Board voted 6-0 to approve the project and the contingency costs funded by the Capital Projects Fund not to exceed $60,000.

In addition to approving the project, the board also approved April 15 as the deadline for submitting donations.

With the project fully funded, renovation is scheduled to tentatively begin June 8 and a possible completion date of the week of Aug. 24.