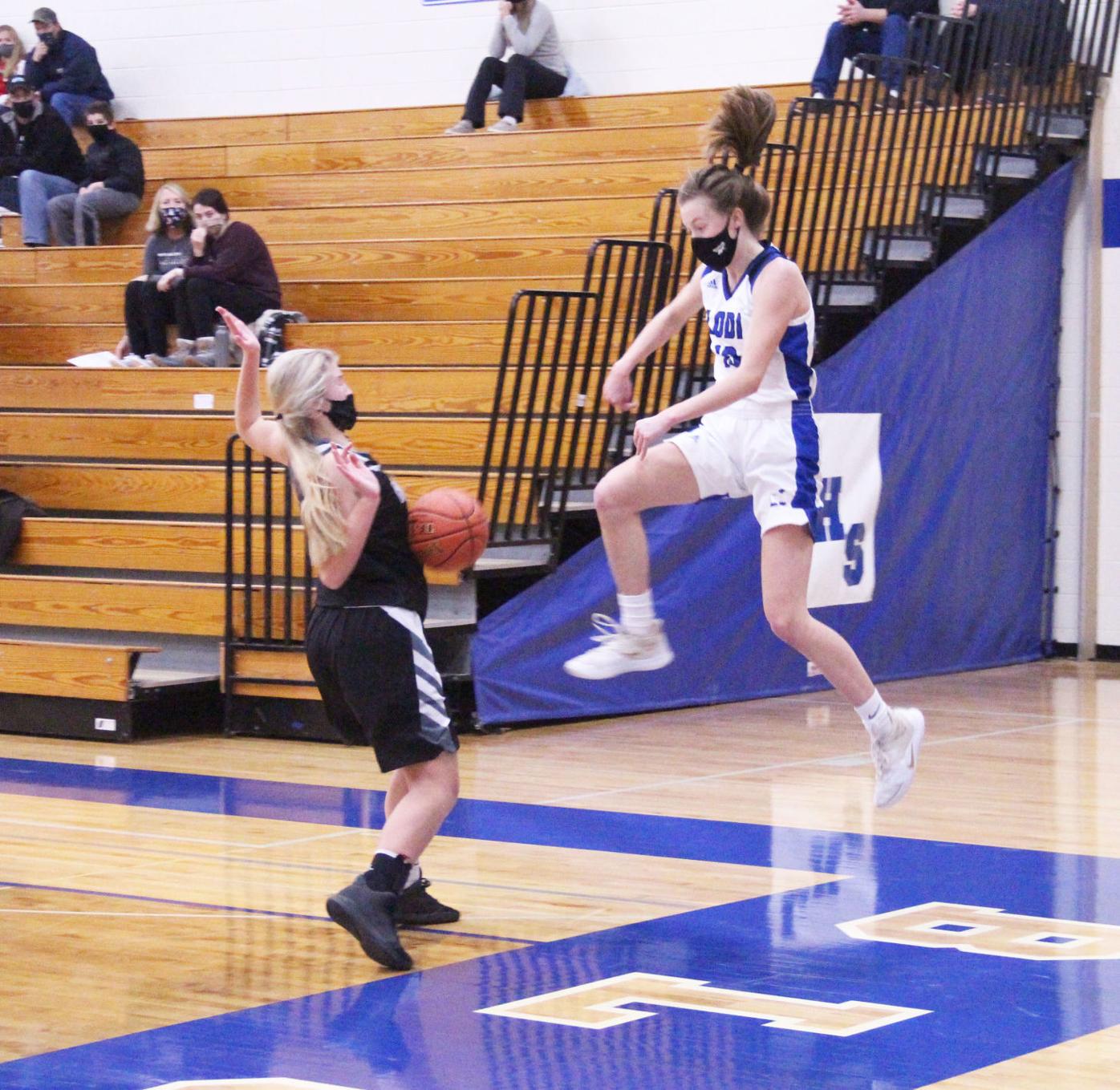 Lodi’s Lauryn Mlne bounces a ball off a River Valley defender after saving it from going out of bounds. 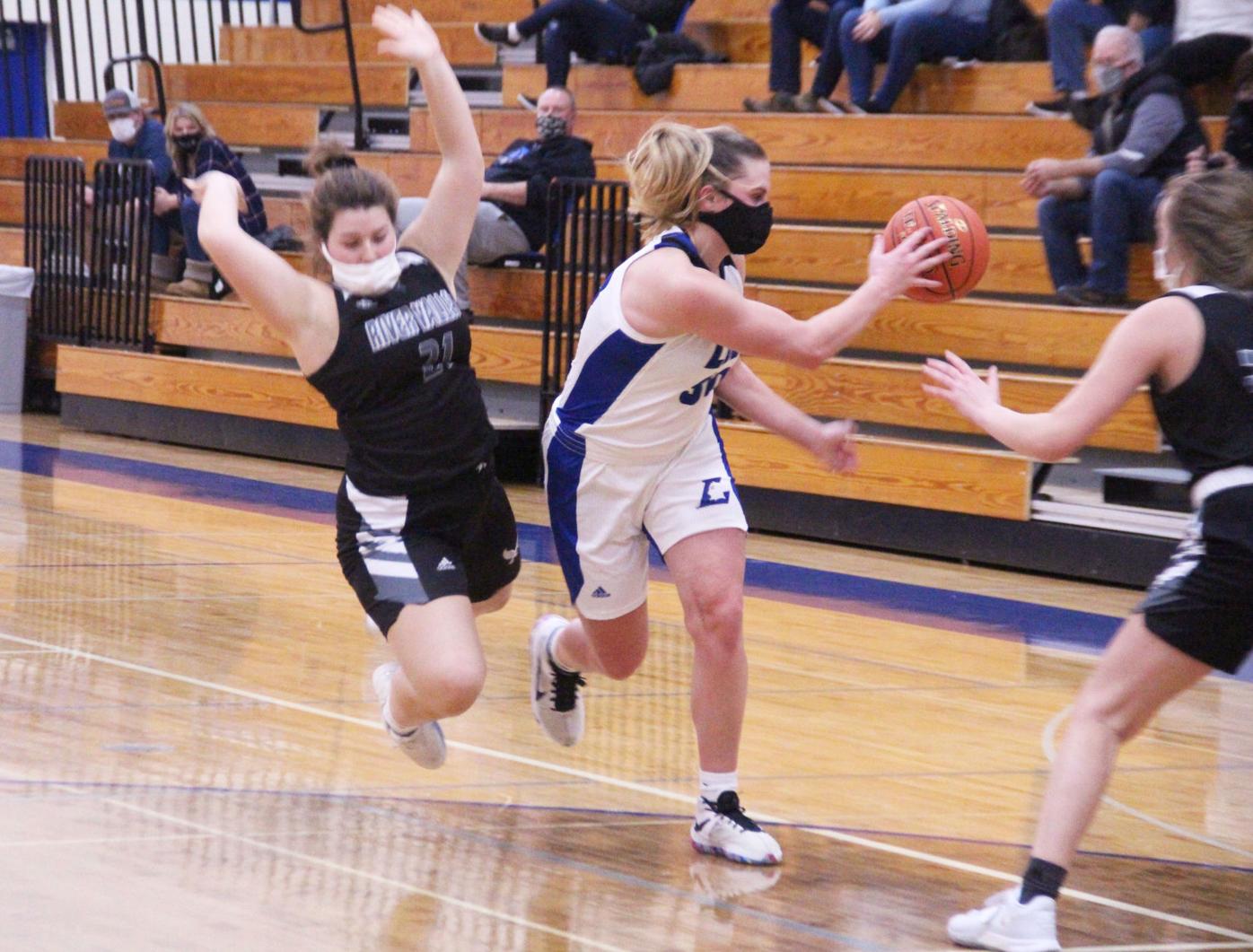 The Lady Blue Devils’ Ella Puls passing the ball as she drives down the court against River Valley. 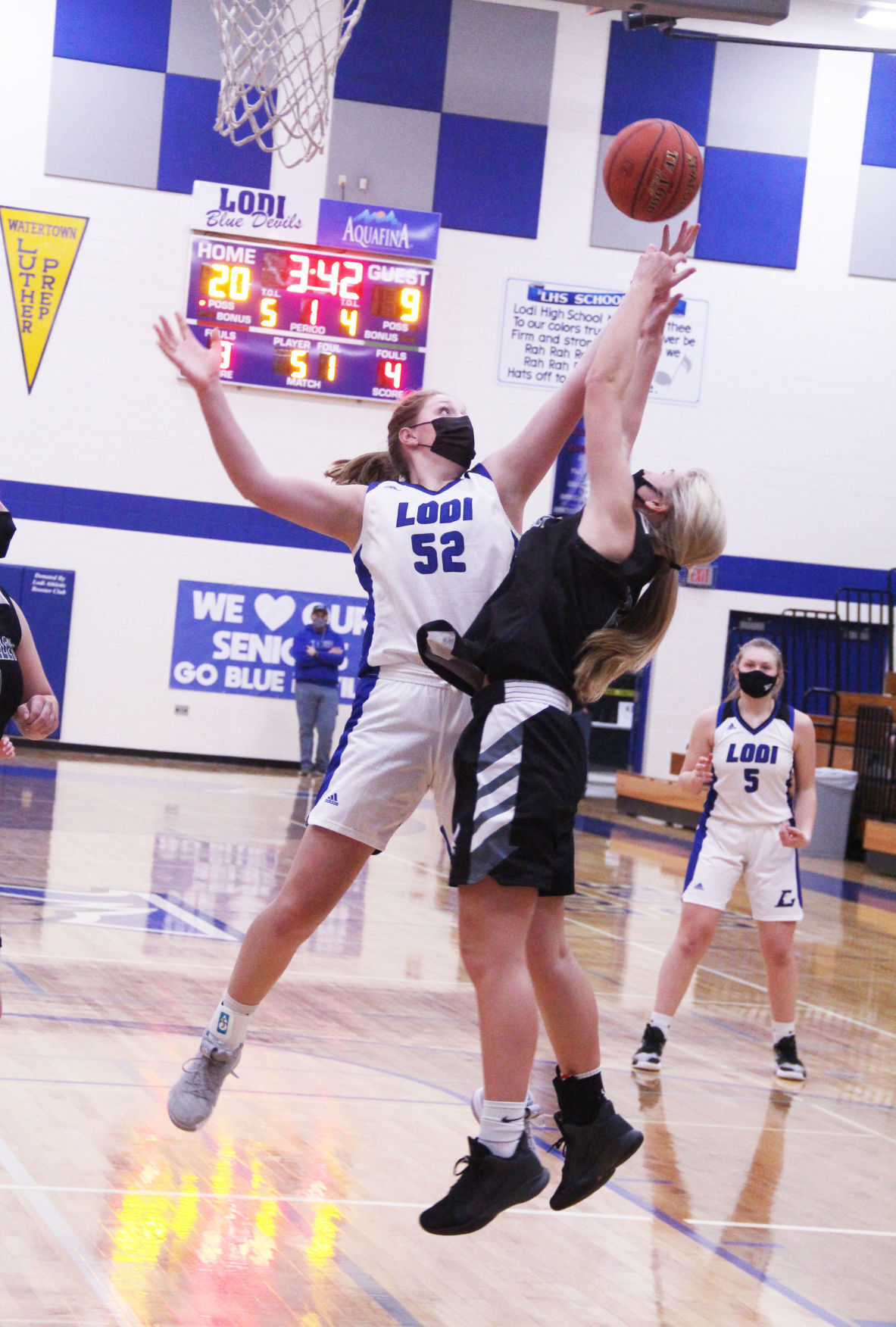 Lodi’s Lauryn Mlne bounces a ball off a River Valley defender after saving it from going out of bounds.

The Lady Blue Devils’ Ella Puls passing the ball as she drives down the court against River Valley.

After a tough start to the season, the Lodi girls basketball team is starting to heat up. For the first time this season, the Blue Devils were able to win back-to-back games last week.

On Jan. 5, the Lady Blue Devils put together a dominating performance against visiting River Valley. Lodi cruised to a 61-25 victory.

“This was a great team win and confidence builder for the girls,” Lodi coach Michelle Puls said.

“Defense ignites the offense, and this definitely happened in this game,” Puls said. “Our team’s defense was spot on and this is something we have been really focusing on. It is not very often Lodi gets a win at Lakeside, just the second time in 16 or 17 years, and this one was definitely not easy. But the girls fought and battled throughout the night.”

The wins pushed Lodi to 3-4 overall.

The Blue Devils will be at home this Saturday. They will host Watertown Luther Prep at 6:30 p.m.

The Blue Devils played great on both ends of the court against River Valley.

After falling behind 7-4, Lodi scored 14 straight points to kick off an impressive 29-5 run to close out the first half.

The second half was much of the same, as Lodi controlled the action. The Blue Devils added to their lead with a 28-13 outburst.

Lauryn Milne paced the Blue Devils with 14 points, while Taylor Ripp chipped in 10.

Ella Puls and Sam Klann led Lodi with four rebounds each, while Milne and Puls both had a team-high four assists.

River Valley did not have a player score more than six points.

Lodi’s defense continued to play at a high level against Lakeside Lutheran, especially in the first half.

The Blue Devils limited the Warriors to 17 points in the first half.

Lodi held a 25-17 advantage at halftime.

Both teams picked up the pace offensively in the second half, but the Lady Blue Devils were able to extend the final margin.

The Blue Devils outscored Lakeside Lutheran 36-31 in the second half.

Milne and Rylee Schneider both scored a team-high 15 points, while Dylann Harrington and Taylor Ripp both finished with 11.

Milne grabbed a team-best six rebounds, while Ripp, Milne and Schneider each had three assists.